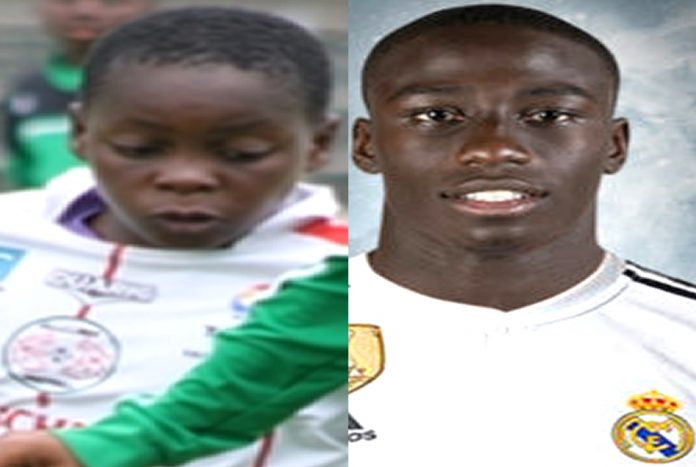 Lifebogger presents the Full Story of a Defensive Football Genius best known by the nickname – The Kylian Mbappe of Left-Backs.

Our version of Ferland Mendy’s Biography Facts, including his Childhood Story, brings you a full account of notable events from his childhood right to the moment he became famous.

Yes, everyone knows he was one of the most exciting Left-Backs in the world in the 2018-2019 season, a feat which earned him a Real Madrid acquisition.

However, not many football lovers have read a detailed version of Ferland Mendy’s Biography, which is quite impressive. Now, without further ado, let’s begin.

For Biography starters, Ferland Mendy was born on the 8th day of June 1995 to African parents in the commune of Meulan-en-Yvelines, north-central France.

His birthplace is similar to that of Abdoulaye Doucoure, his fellow French international and NOT that of Benjamin Mendy, who many fans assume is his brother or family member.

However, please not that Ferland Mendy is a cousin to Edouard Mendy. This is the famous Chelsea FC Goalkeeper who (alongside Kepa Arizabalaga) won the 2019 Champions League.

Ferland was born into a modest family. Judging from his looks, you could easily guess that his parents are of African origin- that’s true.

According to a report, Ferland Mendy’s mum has her origin from Guinea (West Africa) and while his father has his origin from Senegal (West Africa). Senegal is also the home of Boubacar Kamara‘s Dad.

It is possible that Ferland Mendy’s parents were formerly migrants who once left their countries in Africa, settled in France, met, fell in love and gave birth to him.

Another unconfirmed report exists that Ferland Mendy lost his dad while he was a child, leaving his mother and a poor him to survive all by themselves, having hardly any monies.

Ferland grew up in a tough neighbourhood. There were no toys or games when he was younger, just a football or anything he could transform into the shape of a soccer ball.

More so, emptiness ended in him when there was football right at his feet.

At first, Mendy became grounded by his mum due to excessive football. Thankfully, she later realized playing football was her son’s destiny.

Even Ferland Mendy’s cousin Marc Gomis once explained what Mendy was like growing up. In his words;

“He always had football inside him. Although he was small, BUT was always tough.”

Before taking soccer as his profession, his Childhood friend Mangane Yaya once recalled that Mendy used to shout “Speed, Speed” as he ran away from defenders while playing as a youngster.

As a child, all Ferland Mendy wanted was to become a professional footballer. He had so much determination and hunger that anyone who knew him back then could see it in his eyes. Such determination saw him getting invited for trials.

Mendy’s passion for soccer saw him passing trials and enrolling at the local club, Ecquevilly EFC, which gave him the opportunity to showcase his talent and career foundation.

Thanks to his speed, Ferland started out as a striker. He was quick to make an impression with the club, a feat that attracted Paris Saint Germain.

At the age of 9, in the year 2004, Ferland Mendy got accepted by a Paris Saint-Germain Academy. While at the club, his coach transformed him into a left-back.

Even as a left-back, Ferland didn’t fancy players like Ashley Cole, Philip Lahm, Roberto Carlos and Paolo Maldini. All he did was emulate his hero- no other than the great Ronaldinho.

Ferland’s stay at PSG academy didn’t go well as planned. Just a few years down the line in Paris, the poor lad suffered a hip injury that developed into hip arthritis.

Ferland suffered from swelling of his hip joint, overall weakness and fatigue, a condition which brought his career to a full stop.

Ferland spent a year away from football. In the first three months, he wore a hip spica cast, followed by undergoing some painful treatment for another three months.

Because he couldn’t walk due to hip pains, poor Ferland began using a wheelchair which lasted for six months. 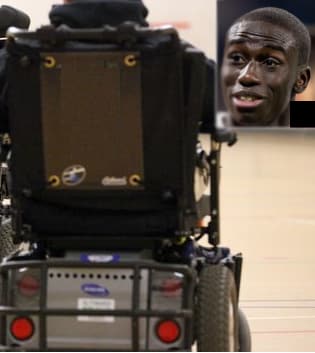 What a Doctor told him:

Did you know?… While Ferland was at the Necker hospital, his doctor told him he would never play football again due to his problems. Breaking this news caused so much pain for him, his family, close friends and relatives.

After leaving the hospital, poor Ferland Mendy underwent a long and painful rehabilitation at Bullion, a commune in the Yvelines department, north-central France.

First, he learnt how to walk again before building back lost muscle tone. 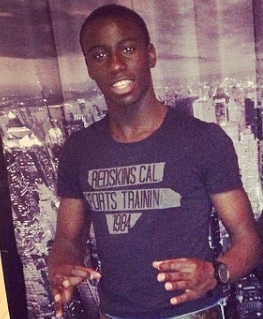 While in rehab, Ferland Mendy kept one thing in mind- “The desire to prove his doctor WRONG!”

After months of rehab, Mendy eventually returned to play football. He joined Mantois 78, a club based on the outskirts of the French capital.

At the club, Mendy showed he had not only had a complete recovery but was stronger than he was before his injury. 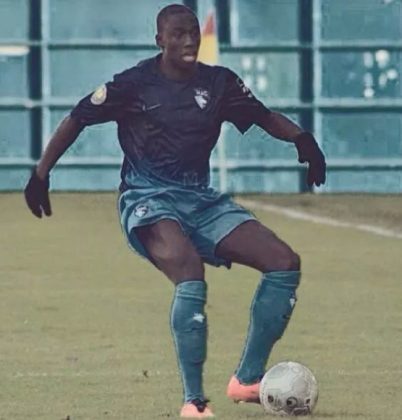 While playing for Mantois 78, Mendy got noticed by Le Havre, who signed him in June 2013.

Signing for the club was a step up for the teenager, who saw a better platform to showcase his craft and become a professional.

He was observed by Olympique Lyon, who snapped him up on a five-year deal for just five million euros in June 2017.

At the club, Ferland immediately started making sporting headlines. He became one of the best attack-minded left-back in Europe, one who fits very much into the style of a modern-day full-back. Below is a piece of video evidence. Credit to Real Madrid.

As observed in the video above, being quick, powerful and having the ability to bomb up and down the flank made Ferland Mendy one of the hottest properties in Europe and among the most powerful left-back in the world. 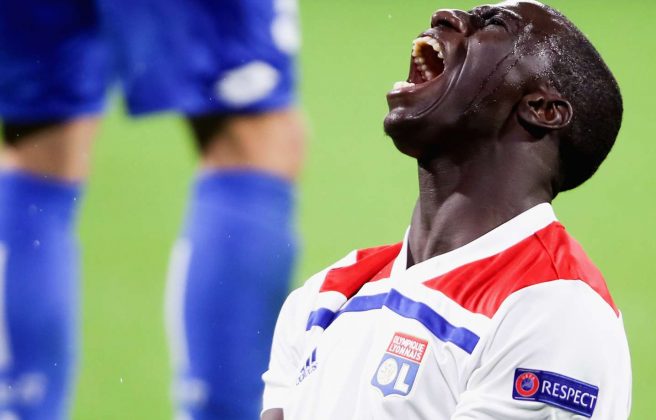 As of the time of writing, Ferland currently holds the record of completing 102 dribbles in his two Olympic Lyon seasons, more than any other defender in the Ligue 1 & the Top 5 European Leagues.

For Ferland, it was the culmination of a lot of hard work that led to Real Madrid’s boss Zidane acquiring him and making him become part of the players that will build the Los Galacticos project again.

Also to note, Ferland’s rise to the French national team is an inspiration to other fast-rising Left backs – e.g., the likes of Theo Hernandez and Rayan Aït-Nouri. The rest, as Football fans would say, is now history.

At the time of writing, the questions on everyone’s lips have been; “Who is Ferland Mendy’s Girlfriend or Wife?”,  “Does Rodri have a Girlfriend?” OR “Is Ferland Mendy married?” 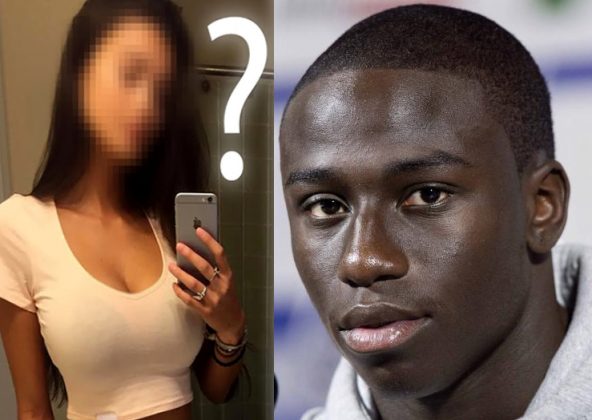 For admirers, there is no denying the fact that Ferland’s dark-handsome looks coupled wouldn’t make him a darling vine to ladies who would love to be his girlfriend and wife.

However, at the time of writing, there exists a possibly hidden romance for Ferland. It’s a romance that escapes the scrutiny of the public eye simply because his love is very private and possibly drama-free.

Well, it’s only a matter of time before we know if Ferland has a wife or girlfriend.

Getting to know Ferland Mendy’s personal life would help you get a complete picture of him. 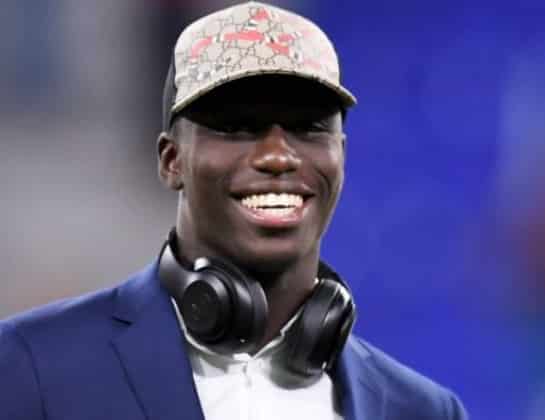 Judging from his Road to Fame Story, you’ll realize Ferland has this strong desire to succeed.

“It’s in my character. I have always liked that” said Ferland, whose talent and desire to succeed can only be found in the field but not in the kitchen.

“Ferland is a bad cook,” said his cousin, Marc Gomis.“He can make pasta, but I think his talent is somewhere else,” Gomis added.

Being acquired for 48m euros (+ 5m euros in add-ons) surely make Ferland Mandy among the most expensive left-backs in history.

This, however, doesn’t translate into a glamorous lifestyle easily noticeable by a handful of pretty impressive cars, pretty girls and booze.

Ferland just loves to spend good quality time with his cousin and friend. 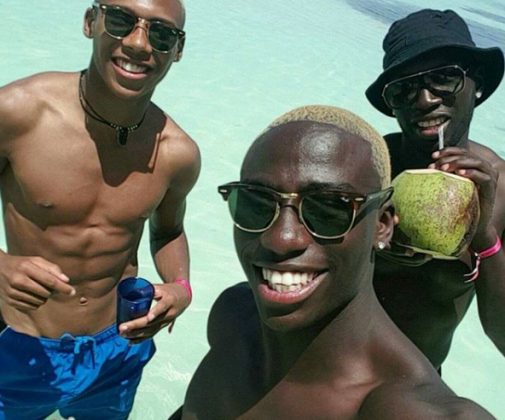 Most soccer players love their pets, and Ferland Mendy isn’t an exception.

Even though there is a saying that there is no loyalty left in the modern game, it surely doesn’t take into account the relationships between Ferland Mendy and his pet Dolphine. 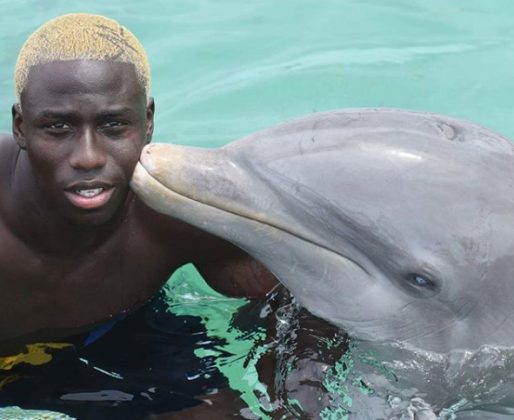 Joining Real Madrid, without a doubt, boost popularity to one’s self and family members. Even though members of Ferland Mendy’s family have been made famous, their personal lives still remain discreet.

With the paparazzi always on the prowl and numerous ways information could leak via blogs and social media, it was difficult for Ferland Mendy to keep his entire family away from the public eye.

The names of his family members, relatives, and even his parents at the time of writing still remain hidden from the media.

Judging from his social media posts, it is most likely that one or all of the following below might be his family member or cousin or relative. 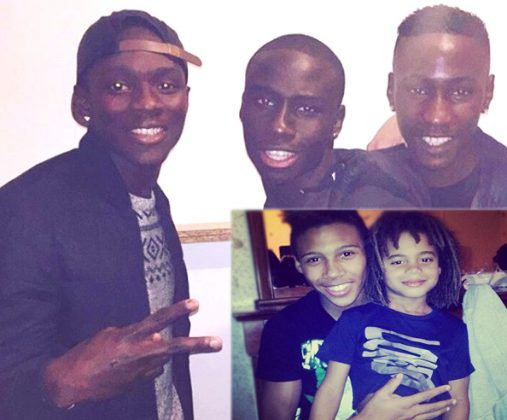 Many fans have asked if Ferland and Benjamin Mendy are brothers or are related in some way.

This is because of the fact that so many similarities exist between the pair, a fact that has made people talk. For example, they both share the same surname, both are French, both are left-backs, and both die their hair white.

After intense research, we found out that both Ferland and Benjamin are not in any way related.

This comparison is similar to that of Kyle-Walker Peters and Kyle Walker, who both play similar wings and are from the same country.

Ferland is one of those players that have been graced well in the Gesture department. Fans have observed Ferland’s habit of positioning his hand similar to that of Salt Bae.

Some fans have also made a caricature of him, using the same photo of him climbing a rope.

Did you know?… Ferland Mendy Early Life history is summed up to be astronomical. At 14, the doctors told him he might never walk again after he suffered arthritis in his hip.

Now, let’s fast forward to age 17, Ferland left PSG to join the 4th division side after getting better. At 20, he turned professional at Le Havre.

At 22, he joined Lyon and made a name for himself. And finally, at 24, he became a Real Madrid player. All these events happened just within eight years.

Best Left Back except…

Did you know?… In the 2018/2019 season, only one left-back was considered better than Ferland Mendy. Apart from Andrew Robertson, who won’t move away from Liverpool, there’s no such talented player in that role available.

Did you know?…  Le Havre at one of the best youth academies in French football – one which has produced players such as Benjamin Mendy, Riyad Mahrez, Lass Diarrá, Paul Pogba, Dimitri Payet, Steve Mandanda, Pierre-Emerick Aubameyang.

FACT CHECK: Thanks for reading our Ferland Mendy Childhood Story plus Untold Biography Facts. At LifeBogger, we strive for accuracy and fairness.