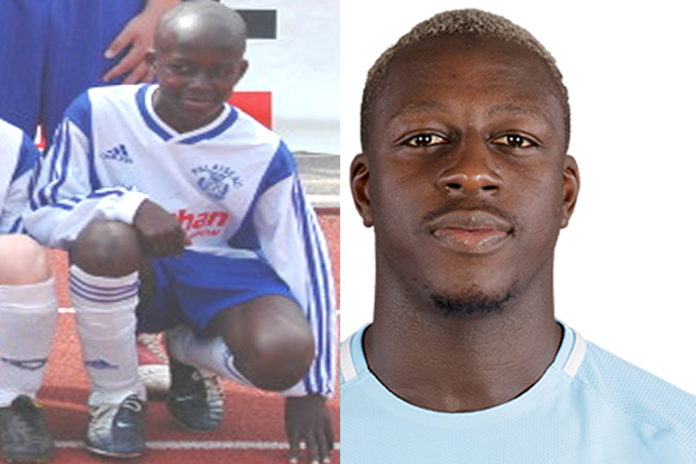 LifeBogger presents the Full Story of a Football Bull best known by the Nickname; “Ben”.

Our Benjamin Mendy Childhood Story plus Untold Biography Facts brings to you a full account of notable events from his childhood time to date.

The analysis involves his life story before fame, family life and off-pitch facts about him.

Yes, everyone knows about his left-back abilities, but few consider our version of Benjamin Mendy’s Biography, which is quite interesting. Now, without further ado, let’s Begin.

For Biography starters, Benjamin Mendy was born on the 17th day of July 1994 in Longjumeau, France.

He was born to his mother, Monique Mendy and his father Mendy Snr. Benjamin Mendy’s family has their roots/origins from Côte d’Ivoire.

Right from childhood, Mendy has been a fun-loving character who styles himself as a leader. Mendy was also a PlayStation addict as a child.

As Benjamin Mendy’s mother, Monique Mendy puts it, “Mendy had lots of childhood fans as my youngster. This was because his PlayStation he’s really good.”

His fast body builds, followed by his explosiveness, thereby making him quickly rise in the club’s player ranks. This led to a call from Marseille.

At Marseille, Mendy was pushed by his trainer Marcelo Bielsa, aka ‘El Loco’ to take his life and his career seriously.

He started a regime of losing weight, curtailing his sweet tooth and getting up so early to practice on his own. It didn’t take long before he became Marseille’s best and most loved player.

However, his performance in the start, against Lille on 20 April 2014, was criticized by former Marseille left-back Éric Di Meco, who claimed he would “eat a rat” if Mendy ever made the French national team.

After the season, Mendy was included on the 40-man shortlist for the 2014 Golden Boy award. The most marketable club in the world, Monaco also contacted him for a possible transfer.

At Monaco, he then came across Jardim whom he refers to as ‘El Tactico’, “the man who brought him on so much as a player and as a man”.

The world got to know Benjamin Mendy more after his contribution to Monaco’s UEFA Champions League 6-6 aggregate victory over Man City.

On 24 July 2017, it was announced that Manchester City had signed Mendy on a five-year contract, for a fee reported to be £52m making him the most expensive defender in the world. The rest, as they say, is now history.

Starting off, Benjamin Mendy has the following attribute to his personality. 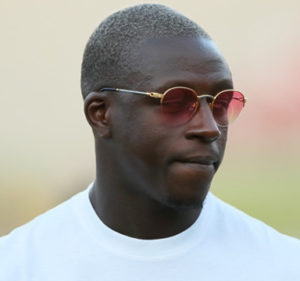 Mendy is a big music fan himself and was the semi-official dressing room DJ at Monaco.

Mendy’s Weaknesses: On few occasions, he gets Moody and insecure. More so, he could be pessimistic, suspicious and manipulative.

Benjamin Mendy likes: He likes Art/ music, home-based hobbies, relaxing near or in water, helping loved ones, and having good meals with friends

What Benjamin Mendy dislikes: He dislikes Strangers, any criticism of his father and Mother and revealing of personal life

In summary, Benjamin Mendy is intuitive and sentimental. He is very emotional and sensitive, and care deeply about matters of his family and their home.

He is sympathetic and very attached to people they keep close. Benjamin Mendy is of course, very loyal and able to empathize with other people’s pain and suffering.

Benjamin Mendy is so much in love with his teammates and career and feels he doesn’t need a girlfriend at least for the moment. Below is a piece of twitter evidence. 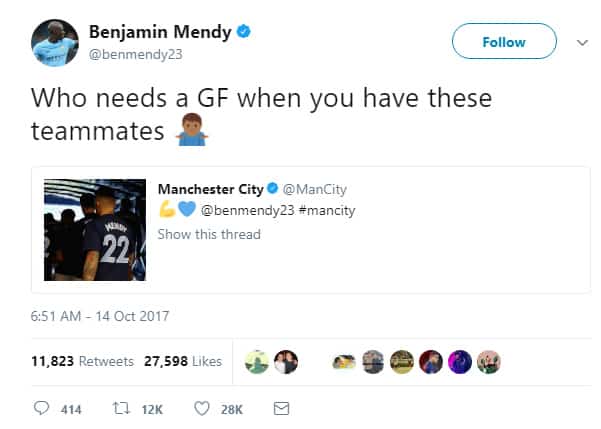 He is not only a sprightly character on the field, but he is also equally lively in the changing room.

He is being known as the practical joker for his team. He is someone who is often found up to pranks, such as putting ice cubes in his teammates’ socks.

He has the habit of winding his fellow professionals up on social media, too. “Mbappe was not keen to celebrate with his teammates after winning the title,” one journalist tweeted. “And that’s not a joke.” Mendy replied in a deadpan manner: “He has school tomorrow.”

Arguably Marcelo is one of the best left-back in the history of football.

Mendy looks up to the talented Brazilian for his inspiration. For Mendy, there exists no better left-back player than Marcelo.

He sees Marcelo as someone who has apparently struck the perfect balance between attack and defence. This is an equilibrium that Mendy admits that he is still lacking.

In his words…“I watch his control, his crossing and I like his defensive qualities. That’s something I miss, to be a little more defensive in my soul just like Marcelo is.

Benjamin Mendy Biography Facts – If you can’t beat them, buy them:

Raheem Sterling got behind Mendy to score City’s opener as the English side ran out 5-3 winners in February 2017 Champions League last-16 first leg, but the left-back was Monaco’s top-rated defender in the game.

He was again the team’s standout performer at the back in the 3-1 return-leg win over City, making the assist for the second goal for Fabinho, and linking well with Falcao in a truly powerful performance that may have sown the seeds in Guardiola’s mind to sign the rampaging full-back.

Ferrari F12 F2X with V12 engine, 731 horsepower which goes for the price £250,000. Mendy once illegally parked his £250,000 supercar partially in a taxi rank and was given a parking ticket for his trouble.

Mendy once left his Ferrari illegally outside The Radisson Blu Edwardian Hotel. He went into the hotel, where he stayed, following his switch from Monaco to Man City.

He left his car partly in the rank for over an hour it caught the attention of the UK traffic warden who gave the car a £60 parking ticket. 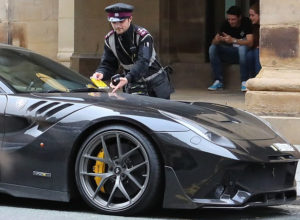 Mendy had an unpleasant surprise when he returned.

Did You Know?… A dietician has revolutionised Mendy to the person we know him as today.

Since after he joined Monaco, Mendy got someone to help him with his food. This is the small percentages that add up to make a big difference at the top level of his sport. Bringing in a dietician to manage his daily food intake surely defines a unique quality of Mendy.

“He has all the quality of a modern full-back and his strength is his carefree attitude. But that does not prevent him wanting to progress.”

He has a Left Wing Code:

Putting aside his muscular and clinical tackling, Mendy’s surging runs down the left flank is capable of bearing rich fruits for any centre-forward. Radamel Falcao can attest to this fact. The pair swiftly struck up a keen understanding when they played together at Monaco.

At the beginning of every season, Mendy loves to have a personal one on one chat with strikers in his team. The aim is to agree on a Left Wing Code which helps them get the best out of him.

Mendy is majorly behind the reason why ‘El Tigre’, as Falcao is known, scored 30 times from 43 games, his best haul since leaving Atletico Madrid in 2013.

Mendy has a sizeable following on Twitter with 711,000 followers and more than 463,000 on Instagram where his cryptic tweets are the stuff of legend. Below is a twitter evidence.

Relationship With Edouard and Ferland Mendy – Are they Brothers, Cousins?:

Recently, there has been speculation as to whether the French Footballer is related to Edouard and Ferland Mendy. After careful research, we observe he isn’t and truth is, both Ferland and Edouard are cousins.

FACT CHECK: Thanks for reading our Benjamin Mendy Childhood Story plus untold biography facts. At LifeBogger, we strive for accuracy and fairness. If you see something that doesn’t look right in this article, please place your comment or contact us!.