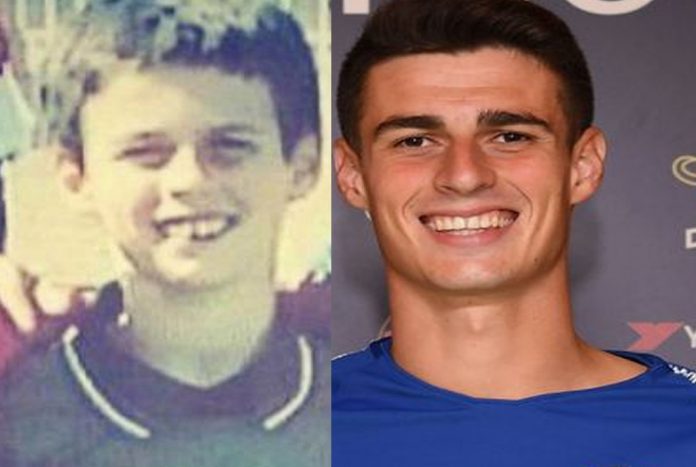 Lifebogger presents the Full Story of a Goal Keeper best known by the nickname “The Bird Master“.

Our Kepa Arrizabalaga Childhood Story plus Biography Facts brings to you a full account of notable events from his childhood time to date.

Yes, everyone knows about his shot-stopping abilities. However, only a few consider Kepa’s Biography, which is quite interesting. Now without further ado, let’s Begin.

For Biography starters, Kepa Arrizabalaga Revuelta was born on the 3 October 1994 to his parents in Ondarroa, a Basque seaside town in Spain.

Kepa was an obvious talent right from an early age. He did, though, balance football with a second childhood passion of hunting and rearing birds, which he did with his father.

When Kepa was a child he, along with his father, would hunt goldfinches (a North American bird that loves to migrate) and then teach them to sing.

“Since he was very young he has helped his father clean the cages and pick up the goldfinches in the bush,”

For Kepa, the act of loving birds took to a professional turn which saw him multitasking between playing football, going to school and having a real talent for his bizarre bird hobby.

Did You Know?… Kepa’s birds, named Oker, Rocky and Raikkonen, twice won the Regional bird singing competitions in 2008 and 2010 after some panel of judges decided that his birds, notably Oker had the most beautiful sound.

For those years (2008 and 2009), Kepa was named the Songbirds Champion of Vizcaya. It was Oker, pictured below, that gave the hit song which delivered his two titles.

At the time of writing, both Oker, Rocky and Raikkonen are still being used in competition.

We now go back to his career, which began in the small town of Ondarroa in the Basque Country.

His passion for football saw at the age of 6, enrol on the roster of his local youth team, who gave him the stage to showcase his talents.

By nine, he had impressed enough which saw Athletic Bilbao’s youth side acquiring his signature. This was at this time he began training goldfinches birds.

Thankfuly, Kepa’s progression through the Athletic Bilbao ranks was swift. Back then, he sometimes switched between goalkeeping and playing infield.

Kepa was known for scoring goals at a time he played as an on-field for the Athletico Bilbao under-14 side.

As he developed, Kepa’s reflexes and speed began to interest his coaches, who sent him on loan to two clubs (Ponferradina and Valladolid) before making his return to get first place at the Athletic Club. While on the first, team, he played alongside Big names like Inaki – (Nico Williams older brother)

To show further proof of his development, Kepa Arrizabalaga got a £71.6 million release clause placed on him.

Money paid off by Chelsea on the 8th of August, 2018, leading to his Kepa being the most expensive goalkeeper in the world after Liverpool’s Alisson Becker, who was bought in the same 2018 summer transfer window.

At the time of writing, Kepa’s journey to London didn’t see his taking his birds. Instead of making his bird sing, Chelsea fans now sing his name.

About Kepa’s Wife to be – Andrea Perez:

And behind almost every successful Spanish Footballers, there’s a glamorous wag or girlfriend as seen in the person of Andrea Perez who is pictured below with her boyfriend, Kepa. 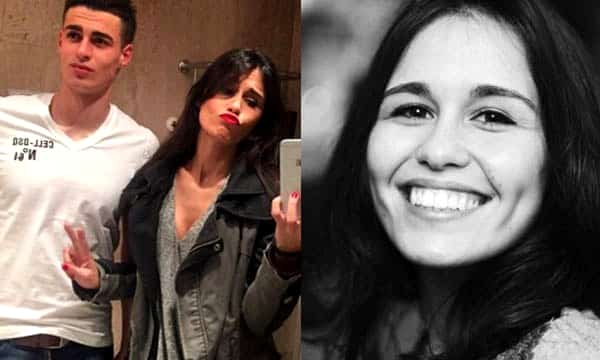 At the time of writing, very little is known about the brunette beauty. Sources reveal Andrea shies away from the limelight on social media, which has kept her personal account on private mode.

However, Kepa regularly posts snaps of the duo on his Instagram account. The snaps shown below happened during one of their vacations in Mexico.

Did You Know?… Kepa came close to joining Real Madrid. According to most Zidane critics, it was his negativity that didn’t make the deal happen. 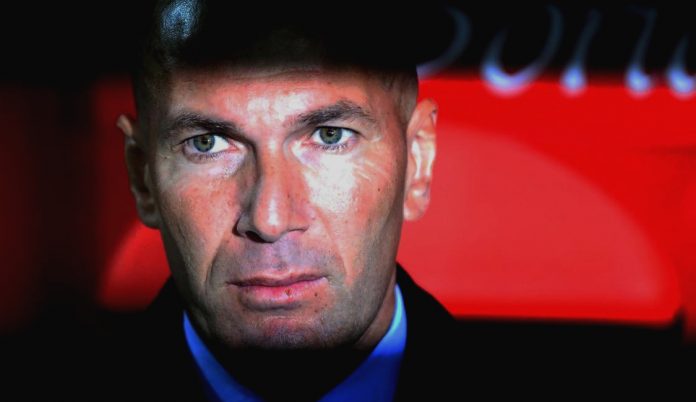 This is according to the Spanish most popular newspaper Marca, Zidane was not positive about Kepa’s acquisition after he noticed he Kepa had a foot injury which he feared would affect the transfer.

After Madrid club’s directors had agreed to his move, Zidane still refused to veto the move for the Athletic Bilbao goalkeeper in the 2018 January transfer window. According to Zidane…

“Right now we do not need a goalkeeper.

Later in June if there are changes, if we sit down and talk, then maybe there will be a need to buy in certain positions,”

He told a press conference. After hearing Zidane‘s words, Kepa, who had agreed to personal teams with Real Madrid decided to change his mind.

This was an error that haunted Zidane before he made the decision to exit the Spanish giant.

The transfer for Kepa was around £18 million when the Madrid rejection happened. Kepa, before the rejection had even passed a medical before the former Real Madrid manager said no.

Now we tell you why Chelsea paid so many Monies for Kepa.

Zidane went on to tell Kepa that if he wanted to sign for them then he would need to have immediate surgery, which denotes going against his medical timeline for recovery. This left Kepa to weigh up his chances.

At the same time Athletic, seeing the uncertainty in the air, went back and offered him an improved deal which led to him having a heavy release clause which Chelsea today blame Madrid for.

Kepa’s contract renewal with Athletic saw a new release clause which rose from £18m to £71m. Chelsea went on to pay the monies.

Football pundits have compared Kepa to Spanish legendary goalkeeper, Iker Casillas. Although Kepa is a little bit taller than the former Madrid goalkeeper. Kepa stands at 6 feet and he is four inches shorter than Thibaut Courtois.

Maurizio Sarri signed Kepa because he sees him as someone who is comfortable with the ball at his feet which fits his expansive style. Remember, Kepa was played the mid-field position during his under 14 days.

FACT CHECK: Thanks for reading our Kepa Childhood Story plus untold biography facts. At LifeBogger, we strive for accuracy and fairness. If you see something that doesn’t look right in this article, please place your comment or contact us!.