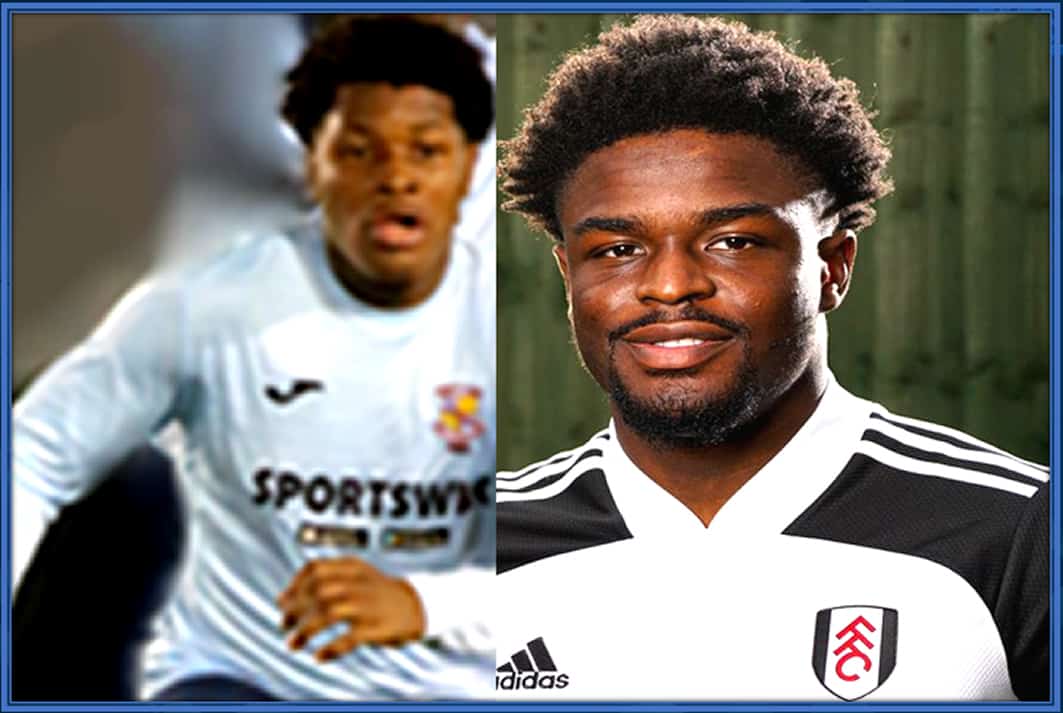 Our Josh Maja Biography tells you Facts about his Childhood Story, Early Life, Parents, Family, Girlfriend/Wife to be, Lifestyle, Net Worth and Personal Life.

In the nutshell, we portray the history of the London-born Nigerian professional footballer. Our story begins from his early days to when he achieved success with Fulham.

To whet your auto-biography appetite on the engaging nature of Josh Maja’s Bio, behold his career trajectory. 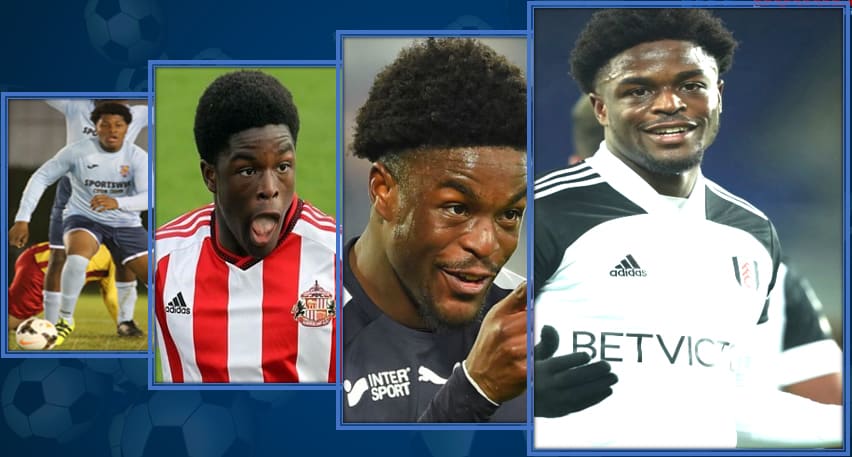 Yes, everyone knows of his fairy tale start to life in the premier league – where he scored his first two goals in a 2–0 victory against Everton.

Despite this accolade, only a few fans know about Josh Maja’s Life story. Without further ado, let’s begin.

For Biography starters, he bears the nickname Josh Magic. The name – Josh is only a nickname and his real names are – Joshua Erowoli Orisunmihare Oluwaseun Maja.

The professional footballer was born on the 27th day of December 1998 to a Nigerian father and mother, in the London Borough of Lewisham.

Josh Maja spent his childhood years in Pimlico, a residential area in Westminster. He grew up alongside his three brothers, his parents (notably his mother), and his sister.

Notable among his siblings are Emmanuel and Jeremiah Maja – both of whom are pictured here.

Considering the way these boys played soccer during their early days, there was absolutely nothing that suggested they won’t grow up to become football stars – which they did.

The Nigerian forward was born in London to Nigerian Mum and Dad who lived and fared comfortably as middle-class English citizens.

Josh wasn’t raised in a poor background. His parents were like most people who worked, never struggled with monies, and had a good financial education.

Despite the fact he was born and raised in England, the London native appreciates his Nigerian roots. With his rise to fame, lots have fans have asked… Where in Nigeria do Josh Maja’s parents come from?…

First thing first, he has two Yoruba names – (Orisunmihare and Oluwaseun). After intensive research, we were able to trace one of his names (Orisunmi) to Ondo State, Nigeria. Possibly, this is where Josh Maja’s Dad comes from.

Again – in terms of his origin –  we took cognizance of another of his names – Erowoli. This name is common to people who come from Warri, Delta state.

For this reason, we could speculate highly, that Josh Maja’s mum is from Delta State, Nigeria. It appears both of his parents left Nigeria for England in the 1990s to make a better family.

According to the Independent, Josh Maja’s had an involvement in academics before the emergence of his career. The British newspaper also reported that he also continued schooling even during his teenage years.

Coming from a Nigerian household that is known to hold high values to Education for their children, moving to another trade could have been a sure thing in case a professional career didn’t work out as planned. 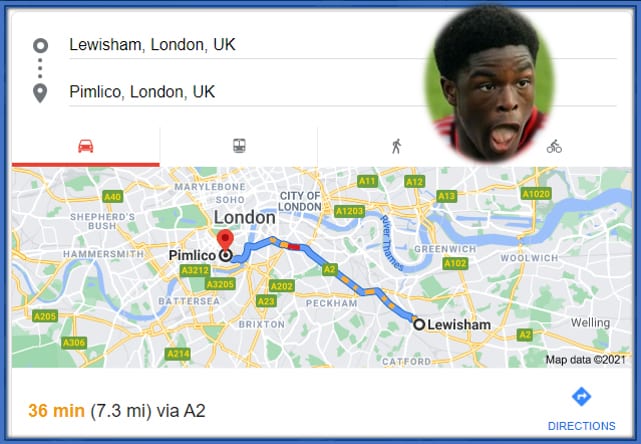 As his Wikipedia puts it, the youngster’s parents, upon his birth, left Lewisham to settle at Pimlico which is located in Greater London.

Hence, it was in central London in the City of Westminster that Josh and his brothers – Jeremiah, Emmanual (et al) honed their football skills.

Possessing a steely determination to make his dreams come true, Josh went on to have successful trials with Crystal Palace and Fulham. At these London academies, the budding star laid a good foundation for his youth career.

The outright need to expand youth experience beyond London saw the precocious whiz kid travelling to northwest England (Manchester) for trials with City.

To the joy of his family, Josh passed, and he joined the likes of Jadon Sancho who also played there.

Josh played for Manchester city academy with high hopes that the club would offer him a scholarship.

Sadly, they didn’t and after consulting his parents, the rising star left the best academy in England to Sunderland. There, he got what he wanted – a two-year scholarship.

September 2016 turned out to be a year he got a taste of senior football with the Black Cats. As expected, he rose to the occasion, giving a big injection of his attacking personality.

Josh was a humble striker who learned from Big bro – Jermaine Defoe – whom he considered a role model. Behold, the youngster receiving striking lessons from his Idol.

As Jermain Defoe left Sunderland, Josh Maja became a favourite to take over his position.

Blessed with adhesive control and the knack of drifting past opponents, the super kid scored 16 goals before being priced away to France.

Below is a video of his glory days with Sunderland, where he played with some swagger and arrogance.

On the 26th day of January 2019, the Sunderland forward signed for French Ligue 1 club Bordeaux on a four-and-a-half-year deal and a staggering pay rise – €65,000-a-week. Playing alongside Yacine Adli, Josh became an instant hit with Les Girondins.

Rising to footballing stardom, Magic Joshua (as seen in the video of his Bordeaux goals) became one of the hottest young properties in French football.

He won the club’s top scorer award for the 2019-2020 season, its termination because of the coronavirus pandemic.

Owing to the fact that his parents are Nigerian, the country’s football coach, Gernot Rohr, quickly smuggled Maja. The aim was to provide competition for Victor Osimhen, as one of the country’s favourite strikeforce.

At the start of 2021, the rising star consulted his family on a possible return to England. This time, he felt his destiny telling him he would succeed in the Premier League.

Valentine’s day – the 14th of February 2021 was the preferred day to his destiny playout. That day, he achieved a Fairy tale start, scoring two goals (Video is below) in his debut to achieve victory against Everton.

Without a doubt, the world might be on the verge of seeing a better Fulham version of Aleksandar Mitrovic, a youngster, once rejected by England and now blossoming his way in becoming a world-class talent, right in front of our very eyes. The rest, as we say, will be history.

Who is Josh Maja’s Girlfriend:

Are you here to get info about the Nigerian striker in love? Do have a burning desire to discover who is Josh Maja’s girlfriend is?… So is Lifebogger.

In all honesty, we’ve searched all over, still no signs of a WAG.

Deep down, we believe Josh Maja is privately dating someone. Hence, it is only a matter of time before his private life goes public.

But come to think of it, … If someone like him is as sharp in front of goal, he wouldn’t have issues managing a private affair. 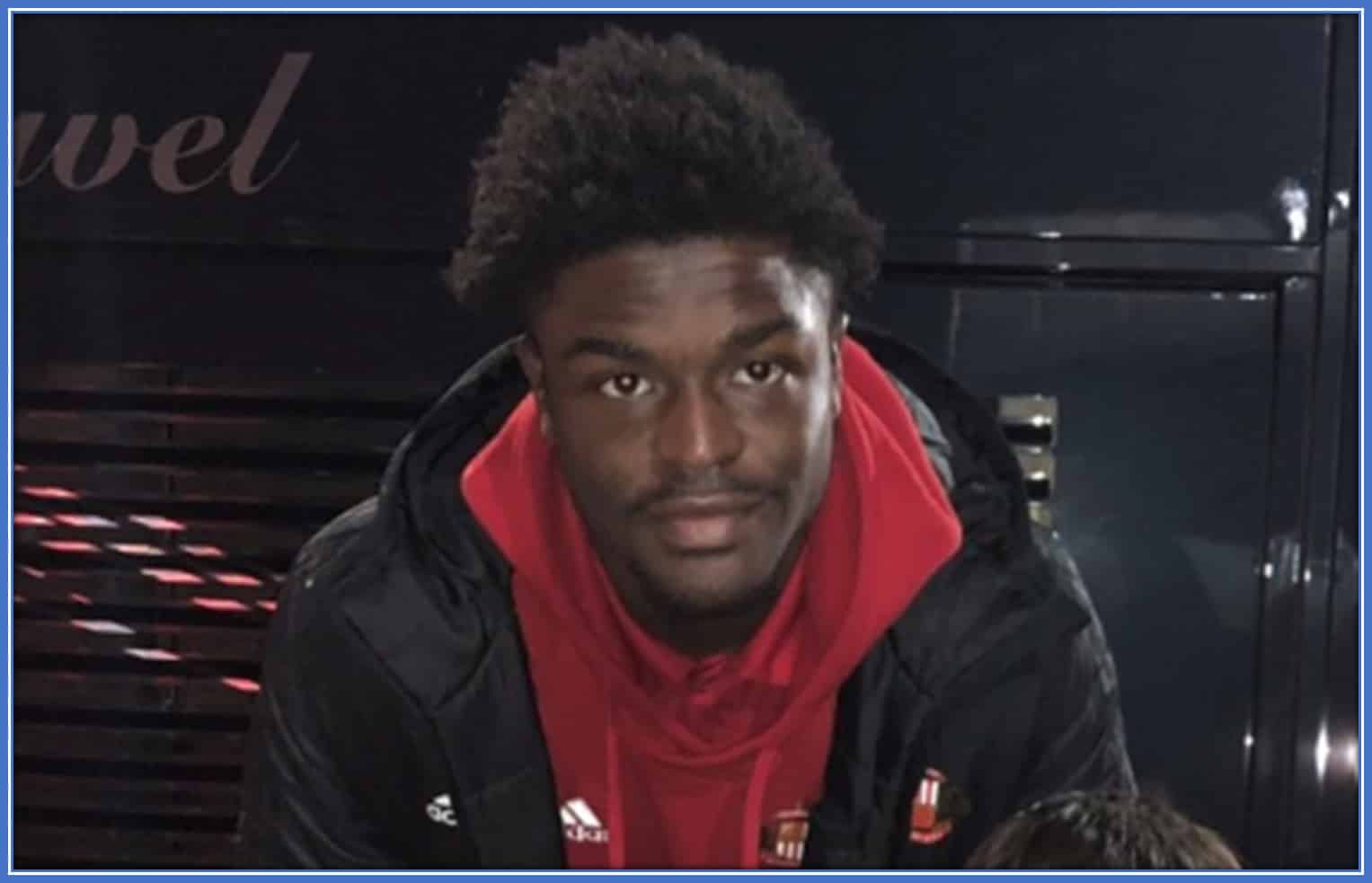 Maja is a Capricorn, a sign that represents time and responsibility. The Nigerian forward is an individual who possesses an inner state of independence that enables significant progress both in his personal and professional life.

Responding to the question on how he spends his £60,000 Fulham weekly wages, the Nigerian striker admits not living a lavish life.

Maja avoids the glossy magazines and there are no such things as showcasing exotic cars, big houses (mansions) girls, buzz, etc. 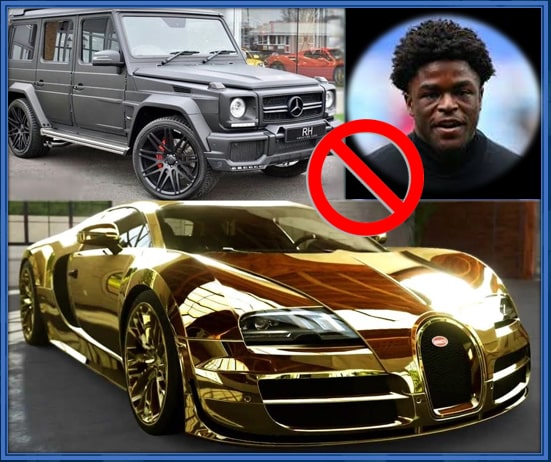 Vision is the act of seeing what is considered invisible to many. Maja comes from a sporting household with a vision for the game. In this section, we’ll tell you a bit about his ménage.

They raised four sons and one daughter. Making him and his brothers become footballers is one of the best decisions Josh’s Mum and Dad made.

The footballer’s anti-flash attitude is a result of his parents keeping him grounded. Although little documentation exists on them, it is only a matter of time before they make themselves public.

In the modern football world of flash cars and social media lifestyle showcase, the football brothers represent a refreshing antidote. 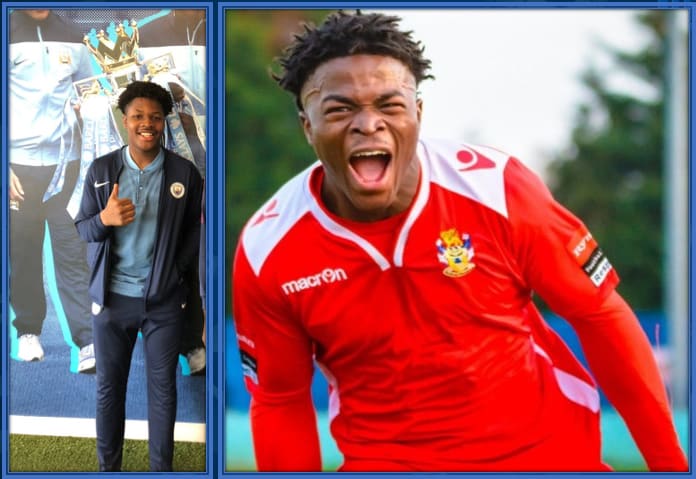 Emmanuel Maja is a holding midfielder who once had trials with Man city and plays with FC Croydon as I write this Bio. On the other hand, his elder brother, Jeremiah Majas is a pacey forward – with an eye for goal – like his Josh.

Rounding up on our memoir on the Nigerian professional footballer, we’ll use this section to tell you more truths about him. Without much ado, let’s begin.

Sunderland owner Stewart Donald revealed Maja earned £1000 per week. According to the French website L’Equipe, he took home €65,000-a-week at Bordeaux. A move to Fulham has seen a pay rise to £60,000.

Since you started viewing Josh Maja‘s Bio, this is what he has earned with Fulham.

A Londoner who earns 37,000 would need to work for 84 years to make Maja’s annual salary with Fulham.

Do you know that his real name is Joshua? This is a Biblical name that means – ‘God is My Salvation‘.

Hence, there is no denying the fact that Josh Maja’s parents wouldn’t have raised him as a Christian. In fact, the part of Striker’s Instagram Bio says it all. It reads; God is Above all.

A combination of financial factors such as his years of experience, salary earned over those years, and sponsorship has seen a rise in the value of the assets minus the liabilities.

At this juncture, we estimate Maja’s 2021 net worth to be approximately £2 million.

Having watched his goals in the series of his videos above, you’ll agree with me that he deserves more points.

With his bright start to life in the Premier League, it is certain that FIFA would remember him in subsequent updates. 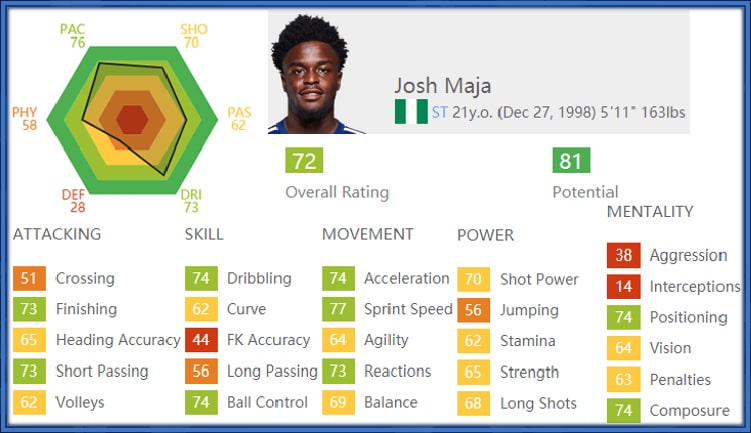 To summarize this Memoir, we’ve created this table which answers all questions relating to Biographical inquiries about Josh Maja.

Being steadfast in the quest of achieving footballing stardom defines Josh Maja – who is the most successful among his footballing brothers.

Like Patrick Bamford, he is the type who prefers to work smartly on the pitch. The goals scored at his start of life with the Premier League say it all.

Secondly, there is no greater happiness than having a successful family whose lifestyle is centred around the beautiful game.

Although rejected by England, Maja (through parental roots) secured a path to the Nigerian national team where his success is assured.

Thanks for taking out time to read our story on Josh Maja. Kindly alert us know if you see anything that doesn’t look good on our profile’s Life story.

Otherwise, let us know in the comment section, what you think about Magic Joshua.