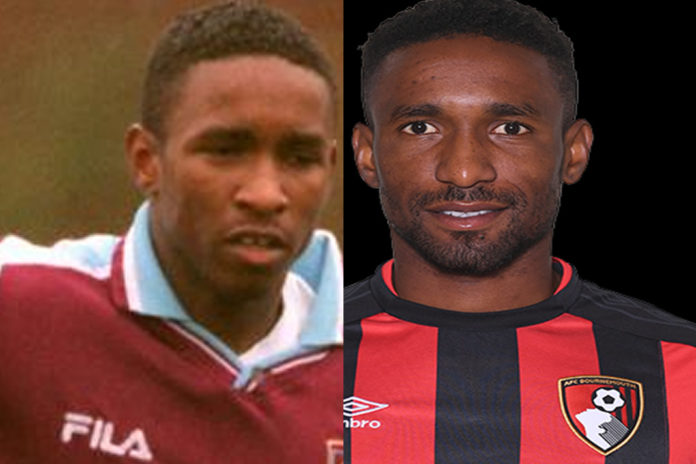 LifeBogger presents the Full Story of a Football Genius best known by the Nickname; “Garfield”.

Our Jermain Defoe Childhood Story plus Untold Biography Facts brings to you a full account of notable events from his childhood time right to the moment he became famous.

The analysis of Jermain Defoe’s Biography involves his life story before fame, family life, parents, lifestyle, personal life, net worth and many off-pitch facts about him.

Yes, everyone knows about his Premier League history, but few consider our Jermain Defoe’s Biography, which is quite interesting. Now, without further ado, let’s Begin.

For Biography starters, His full name is Jermain Colin Defoe. He was born on the 7th day of October 1982 in Beckton, London.

Jermain was born to his mother, Sandra Defoe, and a Dominican Father, Jimmy Defoe. He was born as the first child of a full family of 3 who are devout Christians and vegans.

In fact, Jermain Defoe fell in love with football when his family moved to Beckton, which is regarded as a footballing locality. He started out by playing five-a-side football at Newham Leisure Centre.

After much improvement, his parents advised him to join the Sunday league team Senrab, which is known as the best grassroots football well known in London for producing players such as Lee Bowyer, John Terry, Ashley Cole and Ledley King.

After turning 14 in the year 1997, he joined the FA National School of Excellence at Lilleshall, Shropshire by Charlton Athletic.

As his parents would always insist on pursuing education with football, Defoe went on to attend Idsall School even while playing football.

Defoe began 2003–04 with West Ham but a refusal to sign a new contract and disciplinary problems, including three sendings-off, which saw him play only 22 matches out of a possible 34.

In a bid to reduce tensions, Defoe who was 18 was loaned to second-division club Bournemouth and spent nearly a full season with the club, making 29 appearances and scoring 18 goals.

After such an amazing record, Tottenham showed interest and accepted the offer. The rest, as they say, is now history.

Jermain Defoe Relationship History – An Inquiry into his past Girlfriends:

Many call him a love rat because he has dated a multitude of ladies who love him because of his big Kitchen (You’ll get to know details later in this article).

We provide the following detail we know about his relationship life.

Jermain Defoe started out by dating Casey Bachelor, who is a celebrity TV personality born in Essex, United Kingdom. 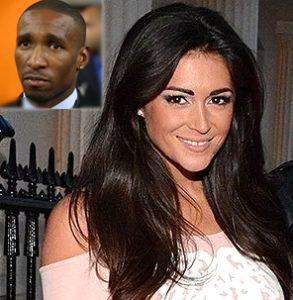 They broke up in 2002, a time he moved on to date Joanne Beckham.

To start with, Joanne is a British Personality and a sister of the Legendary David Beckham. Her relationship with Jermain Defoe started in 2001 and ended in 2002. 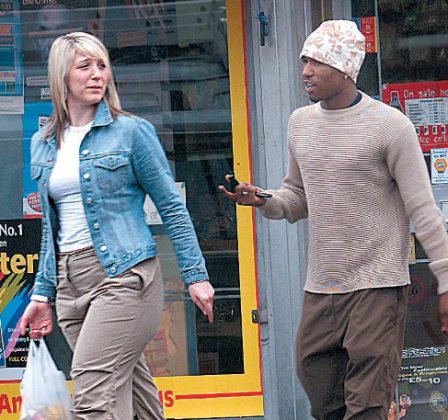 Joanne Beckham went on to date Marcus Bent and Titus Bramble after her relationship with Jermain Defoe.

Pictured below, Stephanie is a single mum who was once a secret mistress to Love rat, Jermain Defoe. 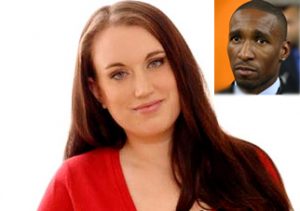 Their relationship enjoyed a smooth run because of her proximity to the Tottenham ground where her secret lover played his football. She is best known for wearing Jermain Defoe’s jerseys. 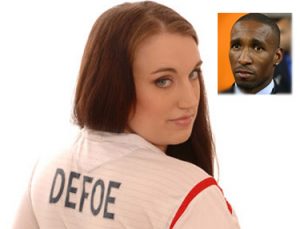 Charlotte Mears was once engaged to Jermain Defoe in the year 2006 after buying for her a £63,000 engagement ring.

However, the engagement got broken in 2007 after he moved on to date Rachel Cameron. 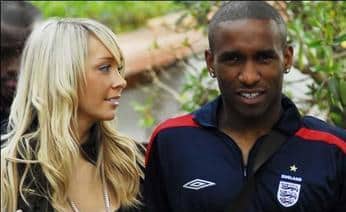 Charlotte was left “heartbroken” after Jermain ended their two-year romance and told friends she planned to sell his £63,000 engagement ring.

Charlotte had already told the News on how they were planning to marry in a lavish summer wedding. She admitted she gave back the Range Rover 4×4 he had bought her after their split.

She started a relationship with Jermain Defoe in 2007. Rachael Cameron is a British celebrity who was once famous for the Kiss and Tell Conquest of Jermain Defoe. 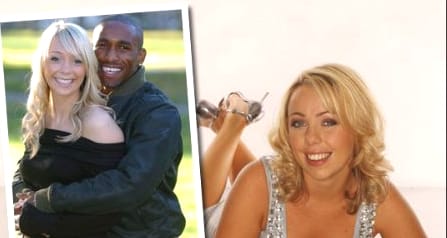 She left him after noticing he is a love rat who had recently broken an engagement.

After his relationship with beautiful Rachael Cameron ended, Jermain Defoe then acquired a new mistress in the person, Sarah Giggle. 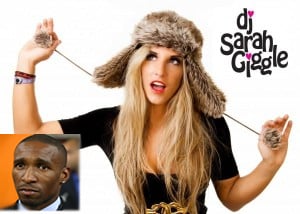 Sarah is a British Model for Glamour. She is also famous for Kiss and Tell Conquest of Jermain Defoe.

Jermain Defoe in 2008 started dating Danielle, who is a former Miss England and Miss Great Britain.

She first rose to prominence when she was stripped of her Miss Great Britain title after posting n**e photos on pl*yb*y magazine. 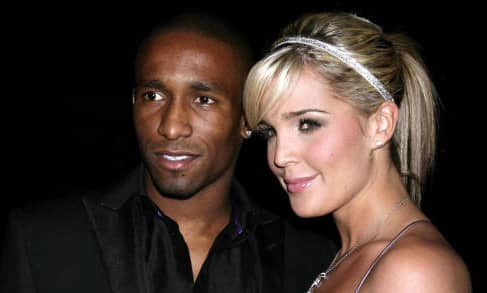 She was in a relationship with Jermain Defoe in 2009. They broke up that same year. 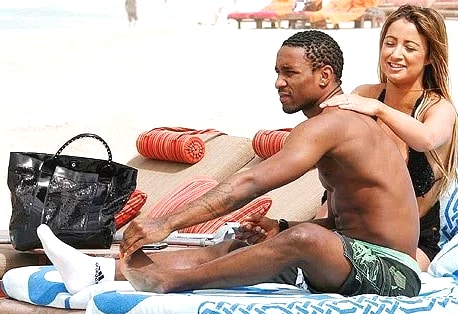 After breaking up with Chantelle, Jermain Defoe went on to date Imogen Thomas in 2009.

After breaking up with Imogen Thomas, Jermain Defoe went on a long period of being single until 2012, when he started dating British Singer, Alexandra Burke who became his first official dark lady. 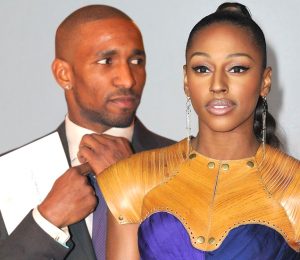 Born Alexandra Imelda Cecelia Ewan Burke on 25th August 1988 in Islington, London, England. She is famous for The X Factor. Unfortunately, they broke up that same year (2012) the relationship started.

Pictured below, she is the daughter of British retail billionaire businessman Sir Philip Green. 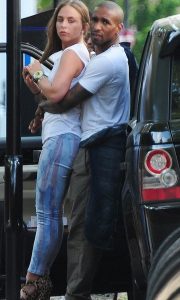 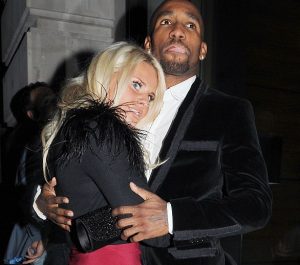 She is a British Reality TV Contestant. Born on 4th May 1988 in England, UK, she is famous for The Only Way Is Essex. Defoe started a relationship with her in 2012.

Her relationship with Jermain Defoe ended in 2014.

England soccer star Jermain Defoe was once at the centre of extraordinary claims that he is responsible for the break-up of a DJ’s marriage.

The DJ in question is Ben Weston, pictured below with his wife and the culprit. 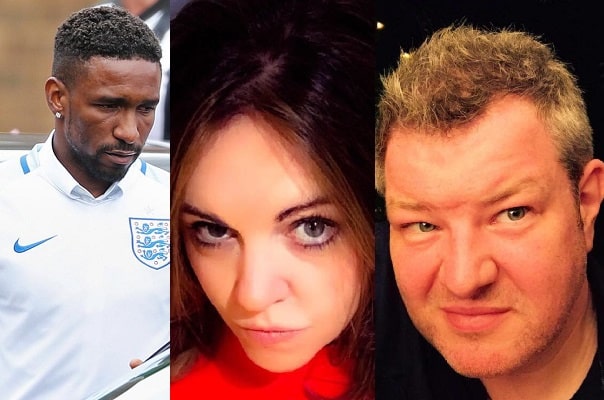 DJ Ben Weston divorced his wife Sally months after he observed Defoe had had an affair with her. He got to know after observing Defoe visited her sales showroom to buy a hot tub.

Later on, Sally posted pictures on social media boasting she’d gone to watch Sunderland Match after Defoe sorted her out with some tickets.

Ben Weston, who is a radio presenter on Heart FM later contacted the Defoe and angrily accused him of sleeping with his wife.

Defoe vehemently denied he was the reason behind the break-up. A source close to the player said:

“Ben is convinced Jermain Defoe is the reason why his marriage ended.

Things have become so bad that Sally has contacted Jermain to reassure him that the divorce is down to Ben’s unreasonable behaviour”.

Jermain Defoe, however, felt horrified as he is being dragged into it all. But who knows the real truth?? The worst of all was that Ben wrote the name Jermain Defoe as the reason for the split when he filed his divorce papers.

Defoe has the following attributes to his personality.

Strengths: He is very social with the opposite sex, More so, Cooperative, diplomatic, gracious, and fair-minded.

Weaknesses: He could be indecisive, especially in his relationships. He’s someone who is already ready to move on to the next girl. Jermain could also carry a grudge and self-pity.

What he likes: Big Kitchens gentleness, sharing with others and going outdoors with someone he loves.

The former footballer once had a custom kitchen in his home in Hertfordshire that cost him £200,000.

While fancy cars and clothes are common with world-class footballers, kitchens is not something footballers pay so much attention to. 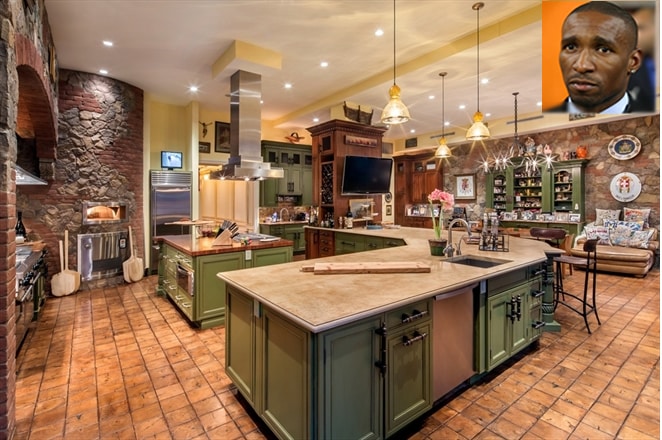 Designed by Ennio Pedini, the kitchen included two plasma television sets, two wine coolers with space for 132 bottles in each one and a Gaggneau steam oven, among many other very expensive features.

Defoe comes from a loving middle-class family background. His mum once revealed that her son is a good dancer.

The picture of her below signified a period of grief and mourning as she had just lost a member of her family to pool electrocution. 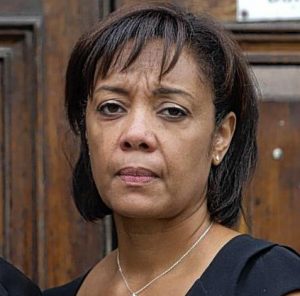 In an interview for the Daily Mirror in 2010, Jermaine’s mother, Sandra supported her son’s love for dance by saying:

“He’s a fantastic dancer. He has all these caps and trophies for football, but he’s got one for dancing too.

He won a prize for the whole of his school when he was little. I was so proud of that – we’ve got the trophy in a cabinet with his football ones.

I’ve always said that if he didn’t make it as a footballer, he would have been a professional dancer. If he could go on Strictly or something when he retires from football, it would be so good.”

On 24 April 2009, his 26-year-old half-brother, Jade Defoe, pictured below, died of head injuries following an assault in Leytonstone, London. 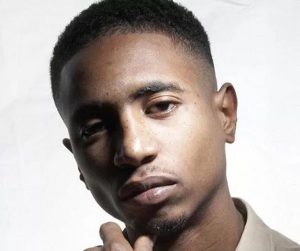 On 7 June 2012, his father, Jimmy Defoe, died after a long battle with throat cancer. Below is a photo of Jimmy Defoe. 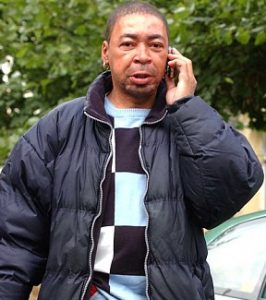 Defoe was with the England squad ahead of UEFA Euro 2012 at the time, and returned home from Poland upon receiving the news, but rejoined the squad on 9 June, two days before the opening match and played against France as a 77th-minute substitute.

Jermain Defoe has one sibling, a sister whose name is Chonte. Defoe is said to have taken care of his sister throughout the years, spoiling her with an apartment and cars, among other things.

Whilst playing for Sunderland, Defoe befriended Bradley Lowery, a terminally ill six-year-old fan with neuroblastoma, describing their relationship as the “highlight of his season”. 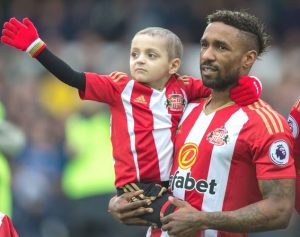 Their friendship was so deep that both could lie on the same bed together and sleep. 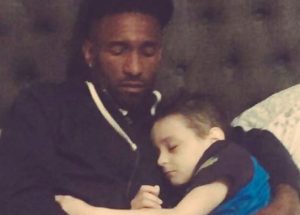 From a serial player, as he is often called, Jermain became the Premier League’s nicest guy. Jermain would take Bradley Lowery to every single Sunderland match.

Most time, Bradley would hold on a strong grip and wouldn’t let go of his hero. 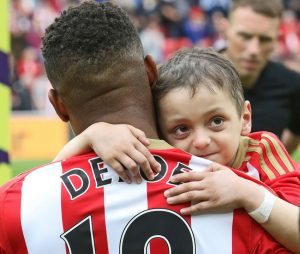 The emotional encounter with Jermain led to Bradley Lowery being awarded ‘Child of Courage’ at the Pride of North East Awards in May 2017; Defoe attended the award ceremony, saying,

“As a person, he has changed me because of what he’s going through at such a young age”. Painfully, Bradley Lowery died on 7 July 2017, at the age of 6. Jermain Defoe cried his hearts outs as he mourned his best friend. 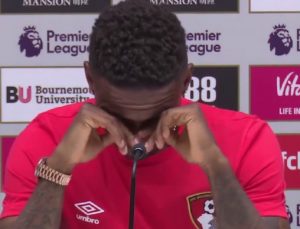 Jermain Defoe Untold Biography Facts – Why he left the United States so soon:

Defoe has admitted in the past about being worried when flying. This is a similar trait to Dennis Bergkamp. He said that he gets nervous with every noise and movement the plane makes.

Perhaps this could be the real reason the former England international left the MLS so soon, with Toronto FC despite doing so well by playing 19 matches and scoring 11 goals.

Jermain Defoe just didn’t like the idea of having to travel great distances across the United States and Canada when playing. In the latter stages of his career, Defoe played for Steven Gerrard‘s Rangers alongside Joe Aribo, Alfredo Morales, etc.

Merely at the short time span of seven minutes, he thrilled the crowd with back to back three goals.

This is the same match in which he also scored the second-fastest hat-trick in the history of the Premier League.

FACT CHECK: Thanks for reading our Jermain Defoe Childhood Story plus Untold Biography Facts. At LifeBogger, we strive for accuracy and fairness. If you see something that doesn’t look right in this article, please place your comment or contact us.