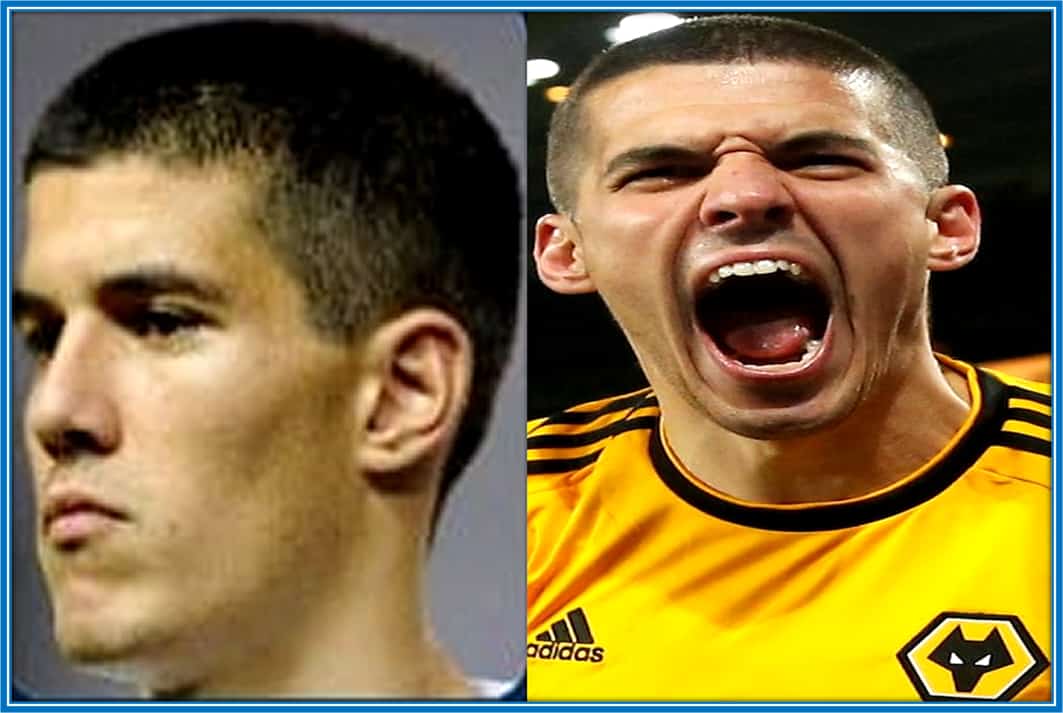 In simple terms, we present you with a complete Life Story of the Defender. This memior begins from his early days to when he became famous.

To whet your appetite, here are photos showing his progression over the years- a clear summary of Conor Coady’s Bio.

Yes, everyone knows (as at post-COVID), that he became the hope of the England national team and a perfect competitor for Harry Maguire.

For Biography Starters, his nickname is Conorinho. Conor David Coady was born on the 25th day of February 1993 to his mother, Gail Coady and father, Andy Coady at the town of St Helens in Merseyside, England.

Conorinho grew up wanting to become a footballer and nothing else. The sport was popular among many households at Haydock, in the Borough of St Helens where he grew up at.

First and foremost, his parents made it a point of duty to give him nothing but the best. In fact, Andy and Gail ensured Conor went to standard schools- an attestation of their family’s middle-class socioeconomic status.

The defender is a bonafide Englishman by virtue of birth and ancestry. More so, results of research carried out to determine Coady’s roots show that St Helens takes a significant stage in chronicles of his lineage.

The Borough of St Helens, particularly Haydock, is where Conor Coady’s family hails from. 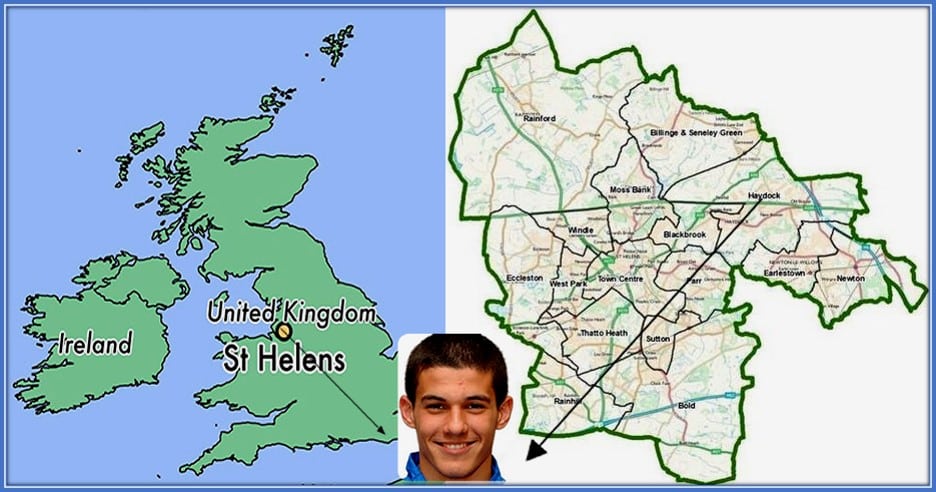 Conor was only 8 years old when he began his journey in Career football at Liverpool.

Interestingly, he was in the same age group as Raheem Sterling, Jon Flanagan and Andre Wisdom. Here is a rare photo of the defender during his youth. 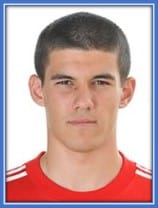 Rising through the ranks of The Reds, the young defender had the opportunity to learn from notable stars of the Reds like Gerrard, Carragher and Rigobert Song. He once told ExpressAndStar in an interview that:

“Gerrard and Carragher had 100% influence in my career. I was privileged to watch them play, train with them and follow them.”

At the peak of his career with The Reds, the budding defender made his debut during a Europa League game against Anzhi Makhachkala in 2012.

He soon made his Premier League debut against Fulham in 2013 before agreeing to a loan spell with League One club Sheffield United.

Upon completion of his loan spell with Sheffield, Coady after consulting his family decided it was time to leave Liverpool.

The truth is, he knew it will be difficult to get a spot in the Red’s first team, no thanks to the then existing pool of defensive talents- the example is Dejan Lovern etc.

Unlike Joe Gomez, the poor defender left owing that his chances of success with Liverpool were slim. 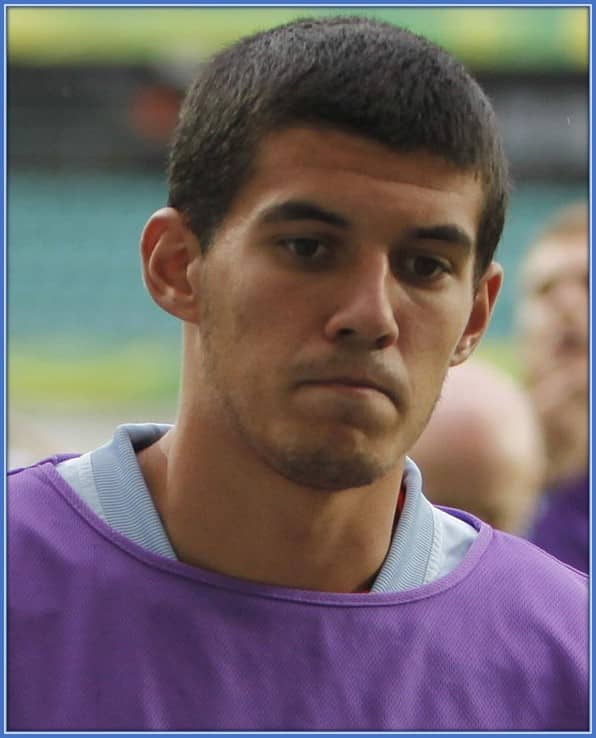 Thus, it was easy for him to join Huddersfield in 2014 for a transfer fee of £500,000. It wasn’t long before he moved to Wolverhampton Wanderers in 2015 and ultimately saw the wolves gain promotion to the Premier League during the 2017–18 season. 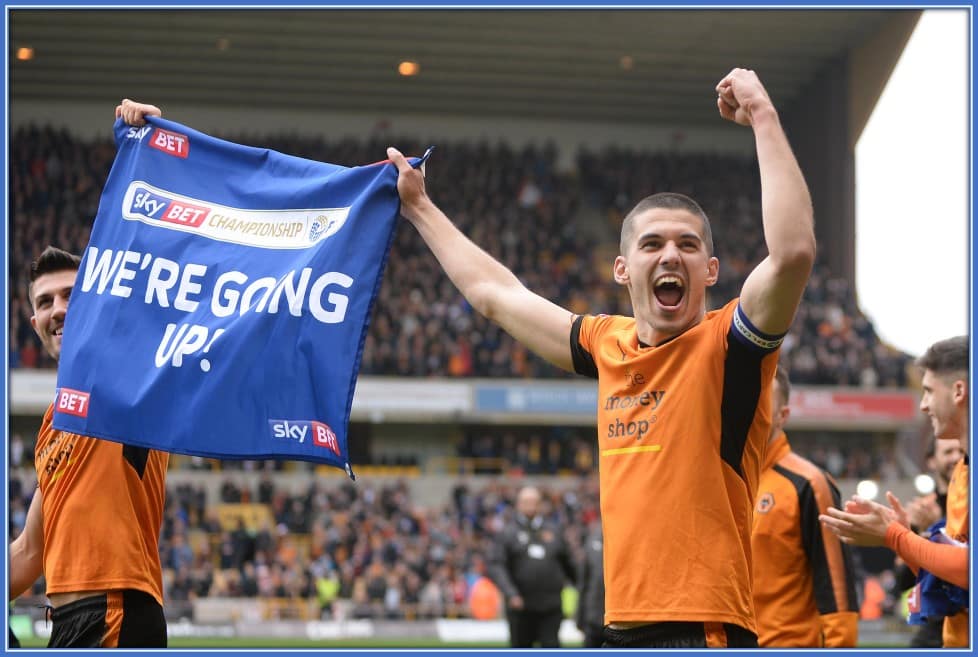 Fast forward to the time of writing this Biography, Conor Coady has enjoyed a meteoric rise since leaving Liverpool. The defender is an established member of Nuno Espirito Santo’s Wolves. He excelled a lot in a team that once had the likes of Matt Doherty.

In addition, he recently got his first call up to England National Squad as Gareth Southgate seeks to make him carry the hopes of the country’s defence.

Not just that, Conor became a source of motivation for those of his teammates – especially Rayan Aït-Nouri. And of course, Max Kilman, an ex-futsal star who got the Coady inspiration to chase his own England call under Bruno Lage.

Whichever way things turn out for him, we are optimistic that he will be alright. The rest, as they say, is history.

There are just a few players of Wolverhampton that can boast of a wife and kids. The Centre back is one of them. Conor Coady’s wife goes by the name Amie. She is a blondie with whom the defender spends every special moment of his life with.

He takes her out on vacations and never ceases to sing praises of her relentless support to him and his career.

Although there aren’t records of when the couples began dating or exchanged vows, we know that their union gave rise to the birth of 3 boys. They include Henri, Freddie and Louie.

Whenever the centre back is asked to list names of persons close to him, we can easily predict the first three names that he will mention.

They are those of his family members. We bring you facts about Conor Coady’s parents and siblings. Also, facts about his relatives will be an item of discussion here.

Andy is the name of the defender’s dad. Coady regards him as an inspirational figure in his life and career. He took the defender everywhere when he was as a kid and has never been far from the grown-up soccer star.

In fact, Andy never misses his son’s game as he travels everywhere to watch him play football home and away.

Gail is the name of the footballer’s mom. She is a passionate fan of Wolverhampton because her son plies his trade with the Wolves.

We can exhaust pages talking about how she nurtured Coady from his cradle days to make him the man that he is today. Anyway, we believe you get the drift and wouldn’t hesitate to thank Gail for the things she did and does if your paths cross.

The English man has just one brother known as Harrison. Coady credits Harrison for offering him fantastic support like his dad.

In fact, It goes beyond reasonable doubt that the brothers share close bonds and have got each other’s back.

Away from the centre’s back immediate family, there aren’t records about his ancestry. In other words, records of his maternal and paternal grandfather are non-existent.

Neither are there any pieces of information about his uncles, aunts, cousins, nephews and nieces.

Let’s talk about who the centre back is outside, ensuring that his goalkeeper does not get too worked up. The content of his character is best known to family members and close associate who attests to his calm and collected nature.

Also, Coady is a natural leader and an inspiring presence wherever he goes. There are just a few things that he loves after football. Those things include playing video games, travelling and spending quality time with his family and friends.

Regarding how the soccer star makes his money, it is general knowledge that football is a very lucrative sport. In fact, PSG star Kylian Mbappe once remarked that there is “insane money in the sport”.

With such a significant wealth base, it is normal to see Coady cruising in an exotic Audi. More so, he has a captain befitting house in Wolverhampton, all thanks to the insane money and endorsements that come with top-flight football.

To wrap up this interesting biography of the defender, here are lesser or unknown facts about him.

This is what Coady has earned since you began viewing his Bio.

The British footballer has an overall rating of 79 with a potential of 81. Truth is, that’s low for someone considered as the hope of English defence.

In fact, Conor Coady’s Premier league profile speaks volume of his quality. Hopefully, FIFA will revisit the figures and make them reflect reality. 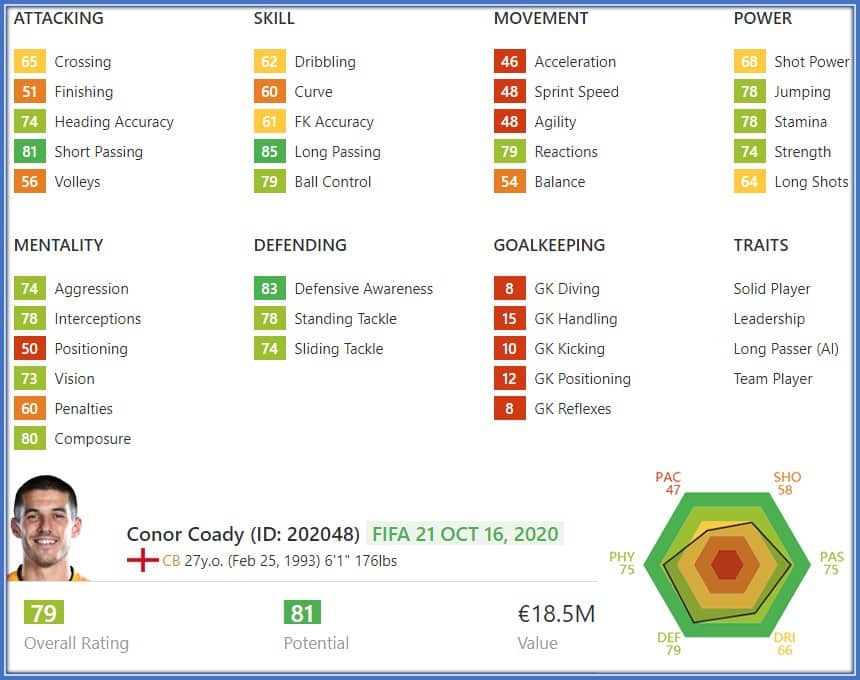 The Wolves Skipper is a believer and a Christian, even though we have no clues or evidence suggesting so. Oh wait a minute, his brother goes by the name Harrison. More so, Conor Coady’s parents had him bear the middle name is David- a christian name. That’s enough for a clue.

Thanks for reading this engaging write up on Conor Coady’s biography. We hope it has inspired you that family support goes a long way in helping individuals achieve progress.

Take an example from Coady’s family, who followed him everywhere he went. They were Reds when the centre back was with Liverpool and became Wolves when he joined Wolverhampton.

Additionally, it behoves us to commend Conor Coady’s parents for their steadfastness in promoting his interests. Indeed, their support is rare to find in most households.

At lifebogger, we take pride in delivering childhood stories and biographies with accuracy and fairness. If you see anything that doesn’t look right in our bio of Conor Coady, Please alert us. Otherwise, place a comment telling us what you think about the Defender.