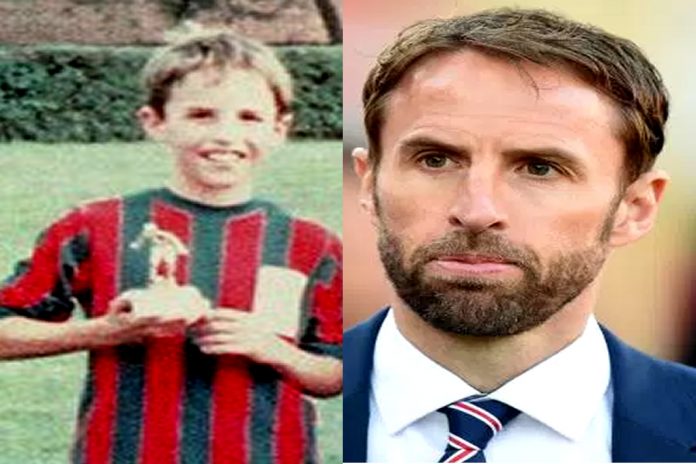 LifeBogger presents the Full Story of a Football Genius best known by the Nickname; “Nord”.

Our Gareth Southgate Childhood Story plus Untold Biography Facts brings to you a full account of notable events from his childhood time to date.

The analysis of Gareth Southgate’s Biography involves his life story before fame, family life, parents, wife (Alison), lifestyle, personal life, net worth, and many off-pitch facts about him.

Yes, everyone knows about his managerial role in England, but few consider Gareth Southgate’s Biography, which is quite interesting. Now, without further ado, let’s Begin.

For Biography starters, Gareth Southgate was born on the 3rd day of September 1970 in Watford, United Kingdom. He was born to his mother, Barbara Southgate, and his father, Clive Southgate.

The making of Gareth South’s gate denotes how a ‘posh’ boy who fancied a career in journalism survived jokes about his nose to make it all the way to manage his country.

As a child, Southgate attended Hazelwick School in Crawley, West Sussex and further went on to pass nine O-Levels.

As brilliant as he was, Gareth was able to combine academics and sports as he enrolled for Crystal Palace academy.

While there, he played initially at right-back and then in central midfield. He is positioned (back, left) in a photo of his local Under 12 side holding aloft his latest trophy.

Southgate was unfazed in his early days at Palace. He got on with his football, showing an impressive work ethic.

It was far from certain that he would make it into the professional ranks as there were more talented youngsters at the club.

However, Southgate progressed through the age groups, captaining virtually every Palace side he represented.

It is pertinent to note that still at Palace, Southgate was a joker. He was largely known for his ability to organise pub stop-offs and card schools on away trips while being mocked over the size of his nose.

Southgate was unsure at first if his future lay in football. He spent time in the Croydon Advertiser offices on work experience when he was 16, planning to become a journalist if he did not make it in the professional game.

One of the reasons for this came due to discrimination from his teammates and fans who constantly hit on his nose.

Despite that, he remained very well-mannered and polite. He took the best option for survival/doggedness by fueling up his off-field jokes and remaining the best joker in the club. 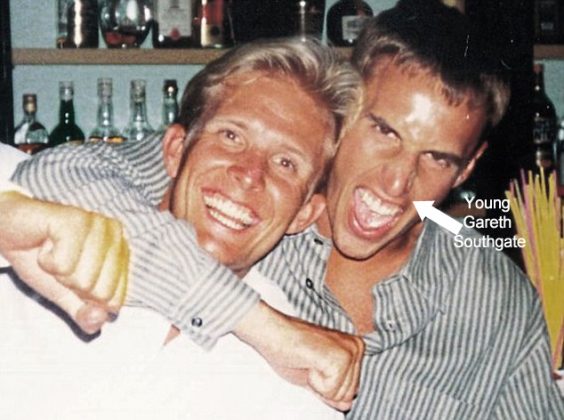 But Southgate stuck at it and what a career he carved out, captaining Palace, Aston Villa and Middlesbrough in the Premier League, winning 57 caps for England and later becoming England manager. The rest, as they say, is now history.

Behind the successful manager, there exists a glamorous woman.

On the 22nd of June 2007, Gareth Southgate married his bride Alison at the Parish Church of St Nicholas, Worth, Crawley.

The couple has two children, a daughter Mia, and a son Flynn. Southgate spends a lot of time with his family, which he says makes him feel relaxed.

He does not really mix with football people away from work and keeps a small circle of friends.

Gareth Southgate has the following attributes to his personality. 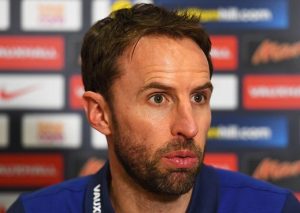 Southgate’s Weaknesses: He is often Shy. More so, he gets worried unnecessary, can be overly critical of himself and others. Finally, he could focus on his England job all day and have no time to play.

In summary, Gareth Southgate is someone who will always pay attention to the smallest detail. His deep sense of humanity has made him to be a very caring person.

He has a methodical approach to life which ensures that nothing is left to chance.

Southgate has a tender heart who can make it get closed for the outer world and only open for his wife Alison and children (Mia and Flynn) whom he loves with all his heart.

Starting off, Gareth Southgate comes from a middle-class background, but in football, he had a really hard upbringing. Below is a photo of his lovely parents. 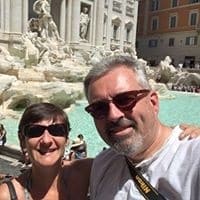 Southgate’s experiences helped him mix it with football’s hard men, most memorably Roy Keane in a 1995 FA Cup tie at Villa Park. 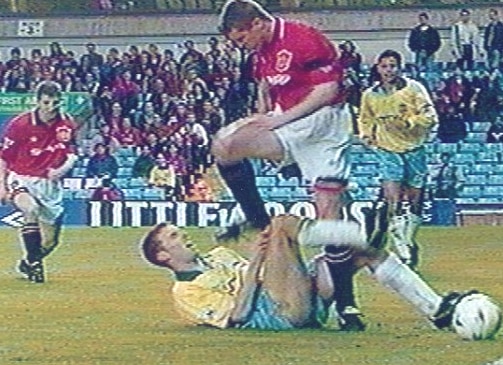 When Roy Keane was asked why he stamped Southgate on his chest, he replied…‘He tried to break my leg in a semi-final game,’ Keane said earlier this week, recalling a game in which he was sent off for stamping on Southgate.

During his career, he had constant issues with Ian Wright which oftentimes result in a brawl between the two. 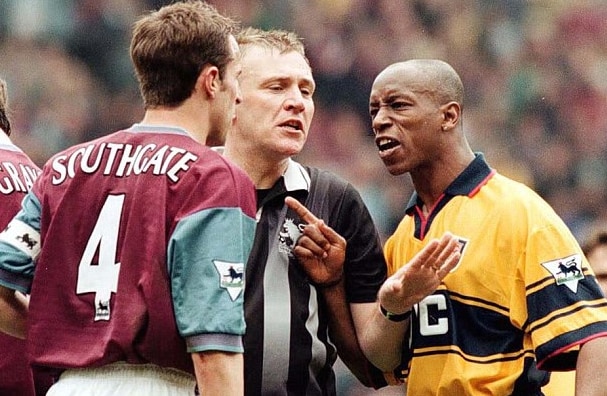 Southgate was handed his first managerial role at Middlesbrough in June 2006 after Steve McClaren had left to manage England.

His appointment drew controversy as he did not have the required coaching qualifications (the UEFA Pro Licence) to manage a top-flight club.

He was allowed to stay on as manager, however, by the Premier League in November 2006; Middlesbrough successfully argued that, because Southgate had recently been an international player, he had no opportunity to undertake the coaching courses.

He did go on to complete his coaching qualifications. Unfortunately, he led his team to relegation.

On 20 October 2009, shortly after a 2–0 victory over Derby County, Southgate was dismissed as a manager with Middlesbrough in fourth place in the Championship.

The dismissal was controversial as he had taken Boro to within one point of the top position.

Gibson said he had made the decision to sack Southgate weeks earlier in the best interests of the club. Many Boro fans revealed Gibson just didn’t like him.

FACT CHECK: Thanks for reading our Gareth Southgate Childhood Story plus Untold Biography Facts. At LifeBogger, we strive for accuracy and fairness.