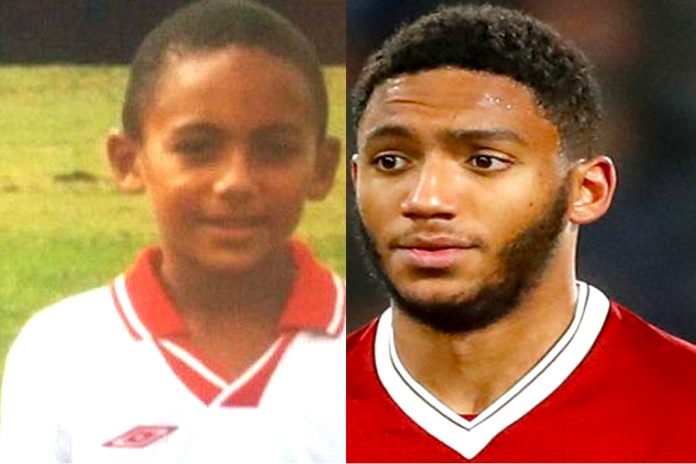 LB presents the Full Story of a Complete Defender who is best known by the name; “Joe”. Our Joe Gomez Childhood Story plus Untold Biography Facts brings to you a full account of notable events from his childhood time to date. The analysis involves his life story before fame, family life and many OFF and ON-Pitch Facts (little known) about him.

Yes, everyone knows he is a complete and a dependable defender. However, only a hand few fans know much about Joe Gomez’s Bio which is quite interesting. Now without further adieu, let’s Begin.

Joe Gomez was born on the 23rd day of May 1997 at Catford, known to be a district in Southeast London, a place where emptiness ends when there’s a football at the feet of every Black British boy. He was born to his Anglo-Spanish mother and a Gambian father.

Joe Gomez childhood story if not uncommon, is a story of a young and intelligent dreamer who became blessed with extraordinary talent. He joined the academy at nearby Charlton Athletic at the age of 10 thanks to elementary school who offered him the opportunity to passionately play competitive soccer during sports periods.

It is pertinent to note that Joe Gomez’s ambitions of becoming a footballer wasn’t just a passing fancy. During his teenage years, Joe was considered as an alpha-youth, someone who assumed a dominant or domineering role in professional situations. He grew up learning the combined skill and studying YouTube clips of Rio Ferdinand, Sergio Ramos, John Terry, Jamie Carragher and Sami Hyypia whom he regards as his defensive idols. Because of his growing height and intelligence during his mid-teenage years, Joe would often compete with players far above his age group. He made his debut for the Charlton Athletic under-18 team at just 13 years old.

Despite strong interest from numerous other clubs, Gomez remained with Charlton for his senior career. He broke into their first team at the age of 17 before joining Liverpool a year later. The rest, as people would often say, is now history.

Gomez credits his level-headed, grounded approach to his mother, Linda, and father, Gus, who has over the years taken extra interest in keeping their son grounded.

When he was much younger, his dad once instructed his son’s agents to keep Joe away from seeing documents from big clubs being interested in him. Joe listened to his dad as he was so level-headed. In his words…

“My dad didn’t want anything to get into my head that early”.

More about being level-headed and grounded, Joe once lived at home with his parents when he played his youth and first-year senior career at Charlton. Living in his own house all alone by himself started in 2015 when he joined Liverpool. He once broke into a smile with a journalist when he spoke about the difficulties he endured since moving to Merseyside without his mum cooking for him and seeing himself being confined to the kitchen.

“I’m still trying to cook meals… and I’m getting better to be fair. Without my mum’s help, I can’t go beyond cooking simple things like a stir-fry, spaghetti Bolognese and warming up some Uncle Bens. But I wouldn’t say I can make something spectacular. I’ve been used to my mum’s cooking!”.

Thanks to his career experience and teammates, Joe has now learnt is now independent in a different sort of way. It is pertinent to note that his parents and siblings are big factors in keeping him grounded. Joe Gomez has three sisters and a brother.

“Going into secondary school, I’ve had the same friends. Today, I have always been around the same people. If I tried to change or get ahead of myself they would tell me straight away. A lot of people think footballers have a flash lifestyle and go out and do all sort of things. I am the opposite. I am a home-bird, who likes to be around family and friends. I just prefer in a calm environment.”

Behind every great man, there’s a great woman, or so the saying goes. And behind almost every England footballer, there’s a glamorous wife or girlfriend. Below is the girlfriend of Joe Gomez, someone who has helped him solve his kitchen issues all thanks to his parents who makes sure their son dates and even marries a Black British girl with ties to their African origin. 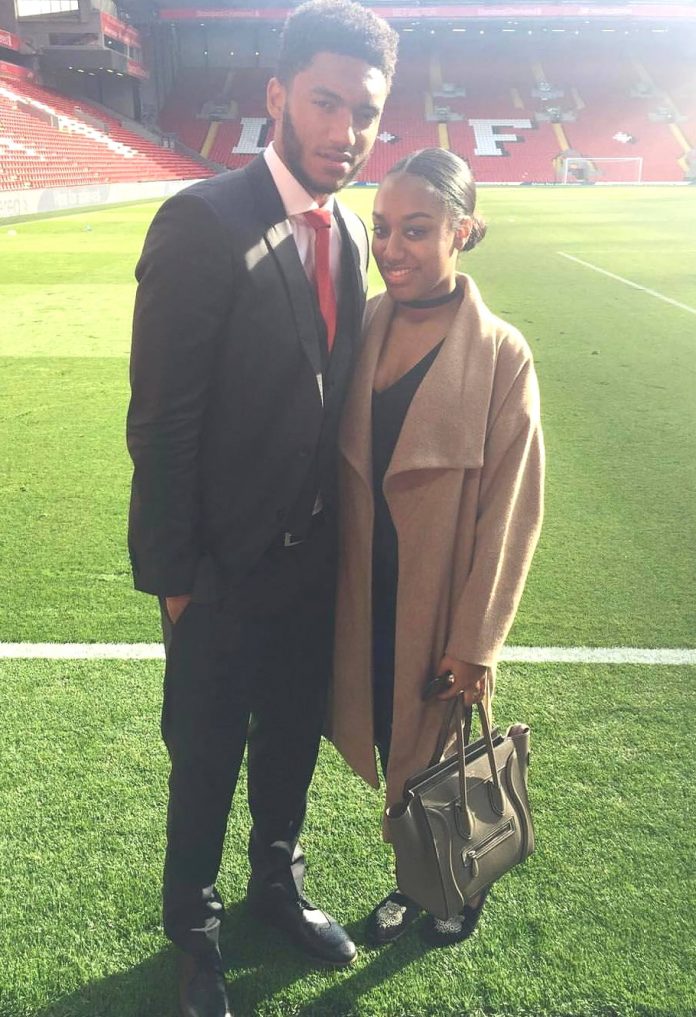 On a more personal note, Joe Gomez is expressive and quick-witted (showing or characterized by an ability to think or respond quickly and effectively). He represents two different personalities in one and you will never be sure which one you will face. 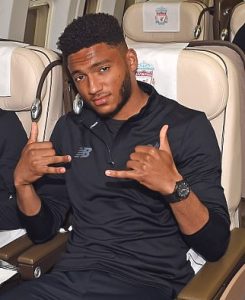 First, he is sociable, communicative and ready for fun, with a tendency to suddenly get serious, thoughtful and restless. Gomez is fascinated with the world itself, extremely curious, with a constant feeling that there is not enough time to experience everything he wants to see. Now without further adieu, let’s give you other attributes about his Joe Gomez Personal Life.

Joe Gomez’s Strengths: He is gentle, affectionate, curious, adaptable, has the ability to learn quickly and exchange ideas.

Joe Gomez’s Weaknesses: He could be nervous, inconsistent and indecisive (mostly in the kitchen).

What Joe Gomez Likes: Looking good, running on water (picture below), magazines, chats with nearly anyone, short trips around Merseyside towns and growing veins as seen below. 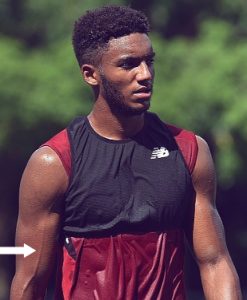 What Joe Gomez dislikes: Being alone, being confined, training repetition and routine.

JURGEN KLOPP after seeing the picture below once told Joe Gomez to ditch the “muscly, beach boy” look in order to break into Liverpool’s first team.

In Jurgen’s words…“He had a lot of muscle and you only need muscles like that if you’re only going to the beach or whatever.”

Having an obedient personality, Joe listened to his coach.

Gomez prefers to play as a centre-back but can also play as a fullback on either side. He has been described as a complete footballer 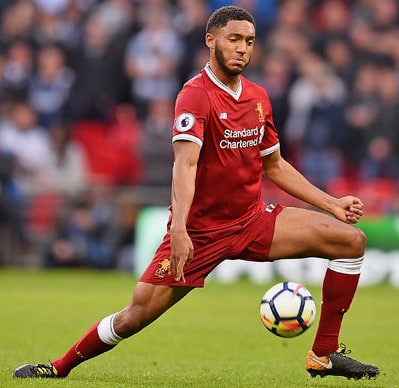 As seen in previous photos, Joe Gomez is also noted for his athleticism and strength. He is able to produce powerful and dangerous runs up-field on the counter-attack. In defence, he is rarely physically dominated by an opponent. Without a doubt, he is a complete defender.

FACT CHECK: Thanks for reading our Joe Gomez Childhood Story plus untold biography facts. At LifeBogger, we strive for accuracy and fairness. If you see something that doesn’t look right in this article, please place your comment or contact us!.