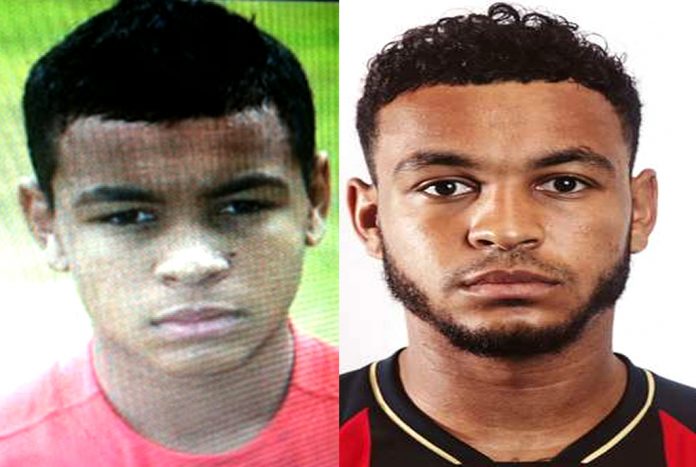 LB presents the Full Story of a Football Genius known by the nickname “Josh“. Our Joshua King Childhood Story plus Untold Biography Facts bring to you a full account of notable events from his childhood time to date.

Yes, everyone knows he is a talented footballer with raw talent and an eye for scoring goals. However, only a few consider Joshua King’s Biography which is quite interesting. Now without further ado, let’s begin.

Joshua Christian Kojo King was born on the 15th day of January 1992 to a Gambian father and a Norwegian mother in Oslo, the Capital of Norway. He was born a mixed-race with a darker tone which reveals the dominant gene of his father whose name is Chuku King.

According to Telegraph, Chuku just like many other migrants came to Oslo, Norway from the Gambia after being encouraged by his uncle who had earlier traveled and found work in Sweden.

He saved up for two years in order to raise monies to embark on the journey to Northern Europe.

Upon reaching Norway, Chuku saw job opportunities as earlier assured by his relative. He ended up getting two well-paying jobs. He worked as a council repairman for a daytime job while he joggled being a reggae impresario at night.

The later job got Chuku popular as he was responsible for bringing the likes of Damian Marley to perform in Oslo. Seeing himself Living comfortably in Oslo led to the decision of not returning back to the Gambia and making a family.

While in Norway, Chuku met his wife (Joshua King’s mum) and their union led to the birth of Josh. Joshua King grew up in one of the toughest multiracial neighborhoods in Oslo.

He was an asthma sufferer since a young age. His determination to become a professional saw him fighting and defeating asthma.

While other kids took to Skiing which is Norway’s biggest sport, little King was among a few other kids who took to playing the soccer ball.

King’s passion for the game saw him at the age of 6 enrolling into the roster of his city’s local club Romsas which gave him the stage to showcase his talent.

Romsas which is the name of his first youth club was also the neighborhood of Joshua King’s family in the city of Oslo, Norway. While at Romas, little Josh moved up the ranks very quickly as he thrived against opponents from other youth setups.

In 2006, at the age of 8, he went to join Valerenga, a Norwegian club well known for the reputation of developing and projecting young players into bigger academies in Europe. It’s every child’s dream to join a bigger academy at some point in their youth career.

Life at Valerenga wasn’t fun as Joshua had to make a lot of sacrifices. There were times his dad Chuku could recall missing his jobs in order to attend his son’s countless games. He does this even if it meant sleeping in his car while he takes him to faraway tournaments.

Joshua King during his days with Valerenga was fortunate to meet former United Legend Ole Gunnar Solskjaer who played a critical part in his move to United’s academy.

The young forward while playing with his youth club also multitasked himself by participating in Ole Solskjaer’s soccer summer school in 2007.

While at Valerenga, King through Ole Solskjaer’s connection was fortunate to train with Manchester United academy on multiple occasions.

Subsequently, he was invited to England for trials. He passed but UEFA rules prevented him from signing a contract with the club until he was 16

. King at the age of 16 immediately joined their youth setup. This decision came after he rejected trial offers from Chelsea. Yes! you just read that.

King had instant success at Man United youth level, a feat which saw him making his United debut just a year after joining the club’s academy. 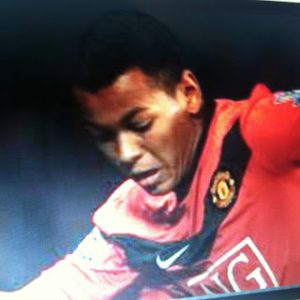 Due to Manchester United’s wealth of options upfront, King wasn’t able to force his way into the senior side. This was because it wasn’t easy benching Wayne Rooney, Carlos Tevez and Dimitar Berbatov, Cristiano Ronaldo, Ryan Giggs, and Nani.

In an effort to gain first-team football, King spent time on a loan in order to prove himself.

Joshua King continued his loan spell after seeing himself still not being able to overthrow a dominant Man United front line even in the absence of Carlos Tevez and Cristiano Ronaldo. Opportunities at United were inevitably hard to come by.

Shockingly, in the five years, King was contracted to Manchester United, he made just two competitive appearances with the rest on loan. Among the 5 clubs played on loan, his time at Hull City was most profitable.

The Decision to Leave United:

Having heard enough of non-playing time, King decided to force a move after seeing his United contract through.

This decision came at a time Sir Alex Ferguson who never gave him a chance was set to retire. Before retiring, he predicted Joshua King to have a positive future. In his words;

“He’s very quick with a great physique and he should have a good career.”

Joshua King decided to move on a free transfer to Bournemouth where Eddie Howe brought out the best in him. The rest, as they say, is now history.

Joshua King is one of those footballers whose romances escape the scrutiny of the public eye simply because his love life is drama-free. Behind a successful Norwegian, there exist a beautiful wife in the person of Magdalena Temre.

Magdalena Temre is not just a beautiful wife, but one with beauty and brains. She is well trained in Marketing and Brand Managing.

Both lovers who were once single and best friends enjoyed their relationship for a couple of years before deciding in 2015 to tie the knot. It was a secret ceremony involving only Joshua King’s family and friends.

The couple together has a child soon after marriage. Their son Noah King was born on March 1, 2016. Judging from their social media posts, Joshua and Temre live happily together with Noah their beloved son.

A very close look at the faces of Father and Son reveals striking resemblances and the presence of a dominant mixed-race skin tone in Noah thanks to his father.

Getting to know Joshua King’s personal life would help you get a complete picture of him. Treating his wife Magdalena Temre like a princess has to be his hallmark as observed from the tattoo crested on his heart area which he uses to show commitment to his wife.

Joshua King is someone who represents time, responsibility and can lead the way in making a solid and realistic plan for his life.

He possesses an inner state of independence which enables him to make significant progress in both his personal and professional life.

As observed from his Instagram account, much of his personal life commitment is centered around his wife and son. Joshua King enjoys very good connections with his little boy Noah who seem to idolize everything his father does.

Judging from their closeness, it is assumed that Noah would most likely continue living his father’s dream after he retires from football.

Joshua King comes from a humble family background, one whose members see King’s participation in Norwegian football, an honor.

Becoming workaholics (as observed from King’s father) and having the dedication to achieving career goals have been the hallmark of a family who loved football more than the average Norwegian.

“When I was a young boy, once a year, my dad would take me to London to buy the new football boots before they came out in Norway,” King once recalled as he expressed his early soccer commitments.

Both footballers have a similar physique, pace, and mental strength. Thou some fans believe Joshua King is a bit faster.

Did you know?… The dreadful injury record of Callum Wilson gave King the opportunity to show how good he is on the pitch. Even while Wilson came back, Bournemouth had to maintain a formation that suited two strikers.

Did you know?… Joshua King was among Man United players Federico Macheda and Gabriel Obertan who once struggled to make a mark in the premier league. He succeeded while the others faded away and fell off the Premier League map.

FACT CHECK: Thanks for reading our Joshua King Childhood Story plus Untold Biography Facts. At LifeBogger, we strive for accuracy and fairness. If you find something that doesn’t look right, please share it with us by commenting below. We’ll always value and respect your ideas.