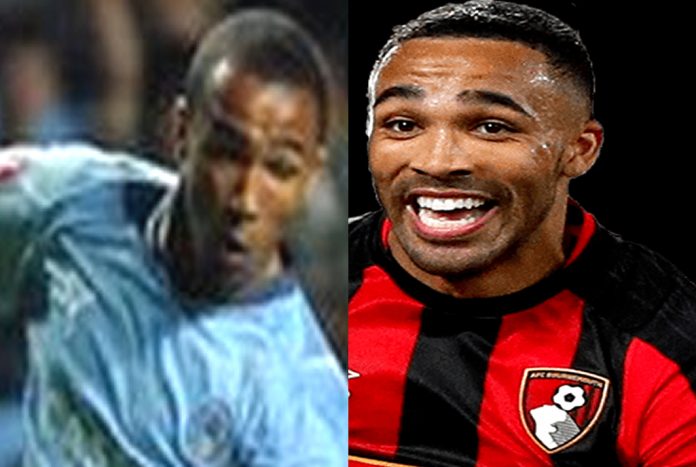 LifeBogger presents the Full Story of a Football Genius who is best known by the nickname “The Goal Machine“.

Our Callum Wilson Childhood Story plus Untold Biography Facts bring to you a full account of notable events from his childhood time to date.

Yes, everyone knows he is an established goal scorer and greatly underrated. However, only a few consider Callum Wilson’s Biography, which is quite interesting. Now without further ado, let’s Begin.

For Biography starters, his full name is Callum Eddie Graham Wilson. Callum Wilson, as he is known, was born on the 27th day of February 1992 to a Jamaican father and English mother in Coventry, United Kingdom.

Unlike most British footballers, Wilson never had the ideal childhood life. His Jamaican father left him together with his mum while he was a baby.

Any child who has lived through a parental break-up especially having his dad disappear will know only too well the deep emotional pain it can cause. This is the focal point of Callum Wilson’s early life story.

Wilson grew up alone with his mum who later had five other children, three brothers and two sisters. His early life was fraught with difficulty.

Nevertheless, he learned how to stand on his own two feet without a father figure around. This was done in order to set an example for his siblings.

Early on, Wilson’s participation in football activities steered him away from the poor choices he could have made as a child.

He started his football journey with a successful trial with Coventry. Unlike other kid footballers, Callum had no lifts from his parents in this case, his mum. In his words;

My mum had her hands full. It was hard when I was growing up for her to take me to train.

She was a single mum with lots of stress on her.

It was family friends and teammates who picked me up to the training ground.

Wilson at some point didn’t feel comfortable as he felt he was becoming a burden to his helpers.

Getting fed up with relying on people for lifts made him abandon his training to play for his local Sunday League team.

Despite a change of mind, Wilson still never got the satisfaction he desired while he played for Sunday League. He felt he had made a bad choice that would ruin his chances of becoming a professional footballer.

Back then, he had his dreams set at becoming a pro, earning big monies and taking care of his family members.

Persistent thought on this prompted Wilson to abandon Sunday League football hence going back for trials with Coventry. Speaking about this experience, he once said in his words;

I tried again when I was 12, didn’t really like it, i went back to my Sunday team again.

Then the third time I knew that if I wanted to be a professional, I had to stick it out and bear the lifts off other people.

Wilson’s final decision to remain at Coventry marked the beginning of his professional career.

Wilson, after his third successful trial with Coventry, decided to stick fully with the youth club.

As a young teenager, all Callum wanted was to have his own place of accommodation due to the overcrowded nature of his family home.

Living away from home meant there would be zero distractions. Football finally became the ideal reason for his mum to release him from home.

After his home release, Wilson found a lot of space and time to spend with his friends and be himself. Speaking about his decision, Wilson once said;

I’m a person now who likes my own company. It’s nice to be able to have my freedom and peace. 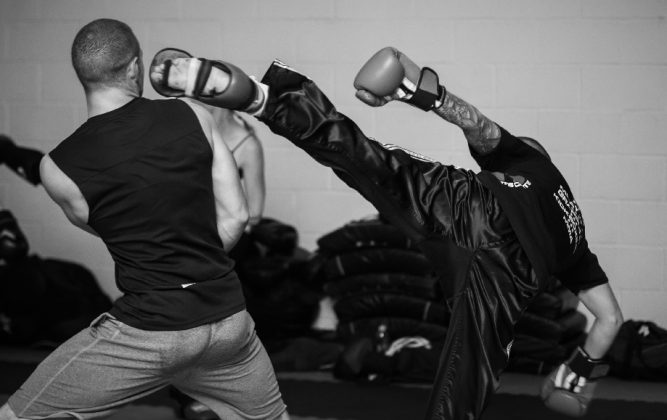 Wilson, while at Coventry youth setup, was given the opportunity to multitask football with other sports.

According to reports, he participated in kickboxing for a couple of years. Speaking about his kickboxing experience, he once said;

I only had three fights. Obviously, I won all three. It was by technical knockout. at that age, i saw myself making my opponents cry hard when i bit them to fights.

Although Wilson didn’t allow Kickboxing to completely grab him as he had his eyes set out on his greatest wish of becoming a professional footballer. However, it was those spells in kickboxing that toughened him up.

At some point, Wilson got completely disengaged from his family home with a once-a-month visitation. He stayed in his Coventry residence, didn’t know how to cook, and would eat takeaway food all day.

This “quick and easy eating” lifestyle came back to haunt him. Eating lots of burgers surely didn’t go down so well with his athletic needs.

This saw Wilson, at the start of his senior career, struggling to stay fit and even breaking his foot three times. 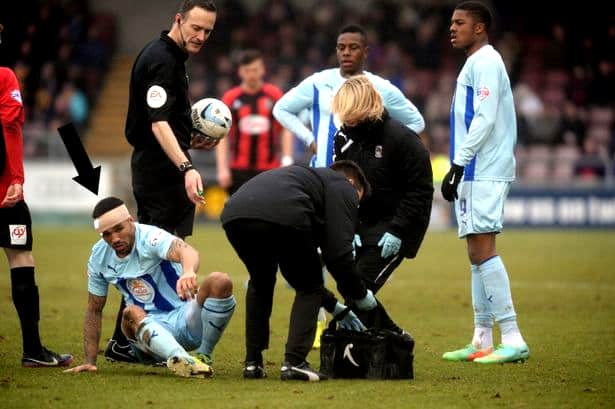 Persistent injuries saw his progress at Coventry City derailed with fears of his career and dreams coming to an abrupt end.

Surprisingly, Wilson’s early career injuries started clearing up right from the moment he found for himself a girlfriend who showed him how to eat like an athlete.

This was the moment he began to turn into the player the world later got to know about.

Wilson met his partner named, Stacey when he was 17 and she was 19 (two years older than him). Stacey stopped Wilson from eating takeaway food which he termed quick and easy.

After about a year of being together, Wilson moved into her house, which helped him progress in his career.

Stacey introduced him to salads and healthy foods, and from that point, his injuries and persistent problems finally died down. Both lovers decided to stay five more years before getting married. 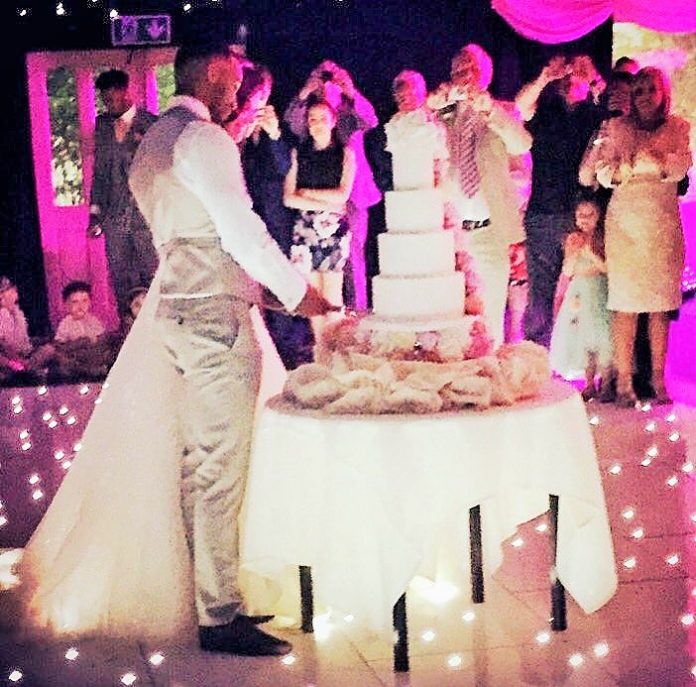 Together, they have a son named Oritse and a daughter Orlagh.

Asides from Stacey’s involvement in his love and career life, Wilson’s chance at Coventry came when Steven Pressley became their manager in 2013.

He impressed his manager and fans by scoring 22 goals in League One in the 2013-14 season.

Fortunately, his goal-raining period was also a time Bournemouth began looking for a striker to replace Lewis Grabban, who had been sold to Norwich City. They signed Wilson for £3.5m in July 2014. 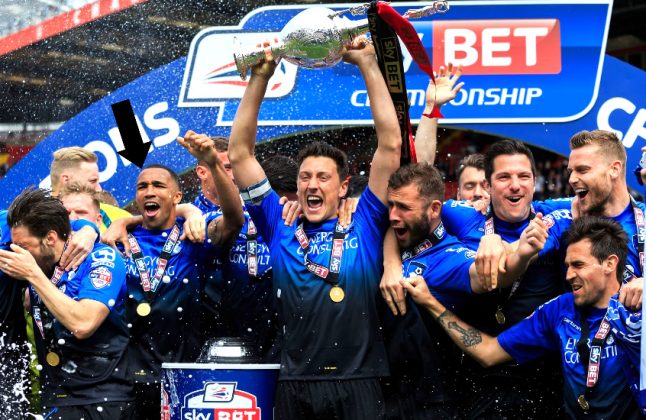 Wilson is friendly and engaging, always smiling and joking, and he speaks very openly about his family background. 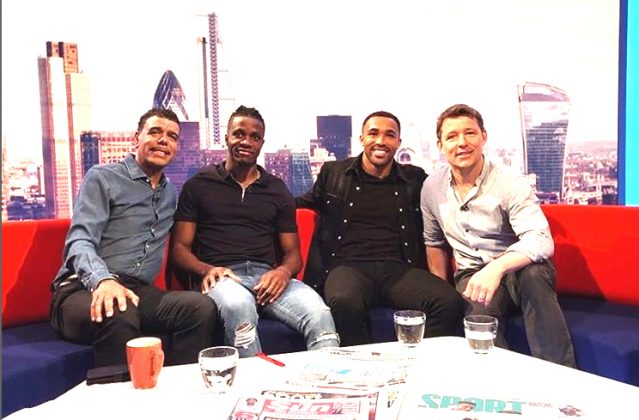 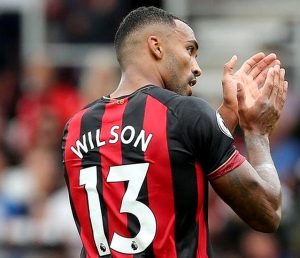 The No 13 jersey has been unlucky for some, but not for him. In his confession;

I went for the number 13 because a few things have happened on the 13th day of some months. On the 13th day of the month was when I passed my driving test, my theory test and I had my first driving lesson. Also, my little boy was born on the 13th.

Twenty-two is another important number. Speaking on that, Wilson once said;

Every time I look at my mobile phone before bed it seems to say 22:22. I thought that has to mean something in the future. Ironically when it was happening I ended up scoring 22 goals for Coventry.

A look into Callum Wilson’s speed offers insight into his Jamaican family background. That insight denotes the fact that he inherited his speed from his runaway dad.

Speaking about his speed, dad and family background, Callum once said;

Thanks for taking out time to read Callum Wilson’s Biography Facts.

At LifeBogger, we strive for accuracy and fairness in our quest to deliver you the Biography of English Professional Football Players.

If you find something that doesn’t look right in Wilson’s Bio, please share it with us by commenting below. LifeBogger will always value and respect your views.