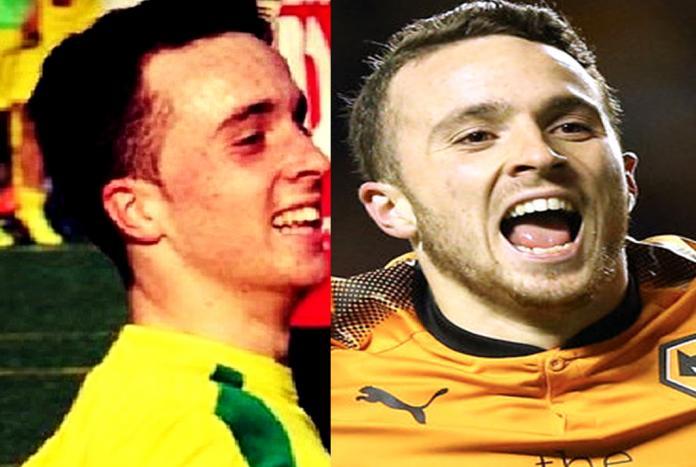 LB presents the Full Story of a Football Genius known by the nickname “Jota”.

Our Diogo Jota Childhood Story plus Untold Biography Facts bring to you a full account of notable events from his childhood time to date. The analysis involves his early life, family background, life story before fame, rise to fame story, relationship and personal life etc.

Yes, everyone knows he is supremely-talented with an eye for goal. However, only a few consider Diogo Jota’s Biography which is quite interesting. Now without further ado, let’s begin.

Starting off, his full names are Diogo José Teixeira da Silva. “Jota” is just a “nickname“. Diogo Jota as he is popularly called was born on the 4th day of December 1996 to his mother, Isabel Silva and father, Joaquim Silva in Massarelos, Porto, Portugal.

Diogo Jota grew up with his brother André Silva in the university town of the Massarelos, Portugal. Andre Silva pictured below followed similar footballing footsteps as his elder brother. 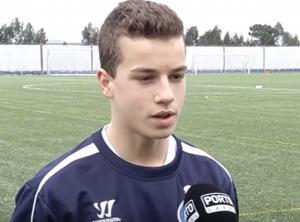 Jota’s hometown Massarelos is a civil parish dominated by the University of Porto. It’s home to many student-friendly coffee shops, wine bars and professional football wannabes. 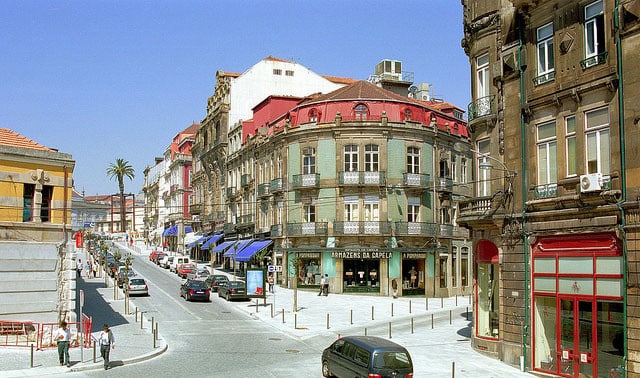 Having a proud, football-loving and supportive parents made it natural for the beautiful game to be instilled into a young Diogo Jota. Just like most young footballers, Jota had plenty of time to play competitive games with friends. At some point, it wasn’t about playing football but kickstarting a career.

Jota’s passion for football saw him at age 9 enrolling into the rooster of Gondomar, a small club in the FC Porto’s area. He didn’t take long to make an impression with the club. Jota moved up the ranks very quickly as he thrived against players older than him.

In the year 2013, Jota took the next step in his career development. He moved to Paços de Ferreira, a club with a reputation for developing young players. A happy Jota wasn’t left out as his youth career blossomed. 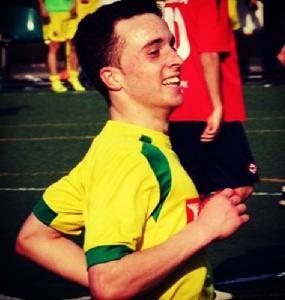 Jota’s U17 manager Ruben Carvalho realized he was special right from the moment, Diogo Jota joined his team.

“There was one weekend where we played Candal twice,” Carvalho told SAPO Desporto. “Diogo started the match and scored three goals for us. The next day, he came on as a second-half substitute and scored another two. In a little more than 100 minutes of action.”

Jota’s performance forced Ruben Carvalho to project him into making his professional debut.

Again, Jota made an immediate impact on his professional debut. This marked a time his young goalscoring records began. Now let’s tell you some of these. 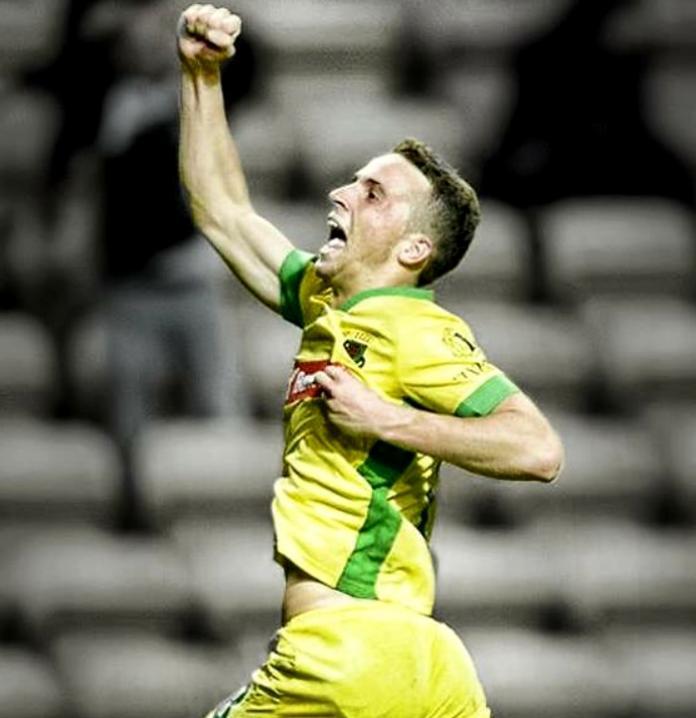 Particularity in the 2015-16 season, Jota scored 14 goals and added 10 assists in all competitions. This made him become the first player to reach 12 goals in a season at the age of 19. Still, as a 19-year-old, Jota was voted the best young player in the Portuguese top flight. 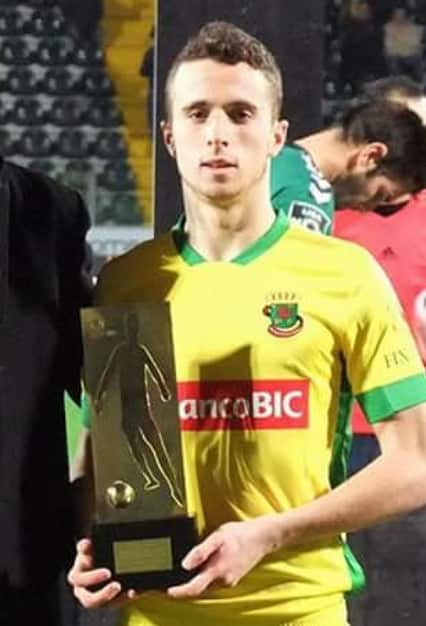 Despite interest from Portugal’s biggest clubs, Diogo Jota ended up moving to Spain. He signed for Atletico Madrid who instead of playing him decided to ship him back to Portugal to join FC Porto on a one-year loan. It was at Porto he met Ruben Nevez and both became best of friends. 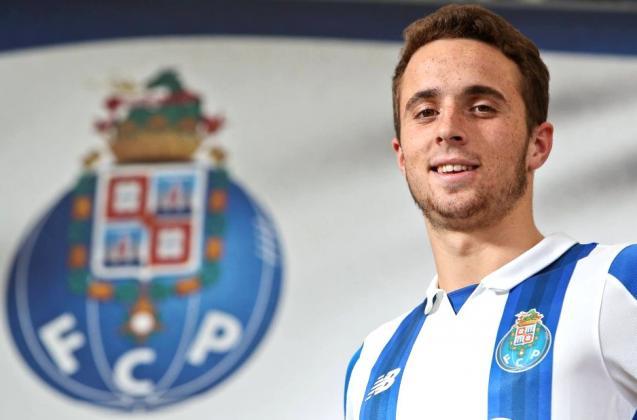 Did You Know?… While at Porto, Diogo Jota hit another milestone by scoring his first Champions League goal in a 5-0 demolition of Leicester City. With the goal coming just days after his 20th birthday, he became the youngest Portuguese player to score in an FC Porto shirt.

Diogo Jota after spending lots of time to think decided to follow his fellow Porto compatriot Ruben Neves in taking the “risk” of joining Wolves which at that time was a second English division club. 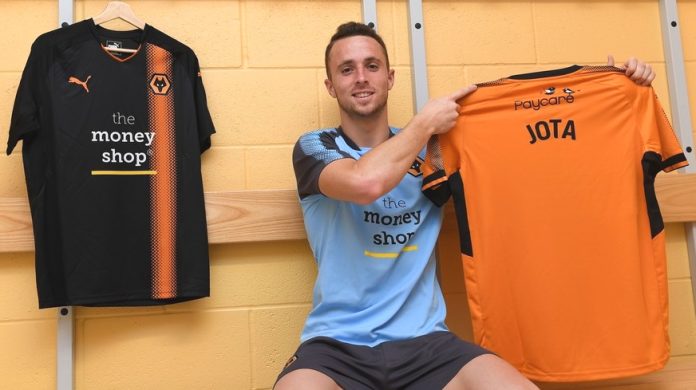 Diogo Jota’s family was consulted by his Super Agent Jorge Mendes who was given the go-ahead to execute the risk. Although eyebrows were raised by angry Porto fans who saw their hot young prospects leaving the biggest club in their homeland and going to sign for a just second English division club.

“In Portugal, not many people understood my move,” Jota said and continued. “Not just me but Neves as well, but we are here now and the people that said negative things now understand. Only my family and a few supported me and understood my position.”

One motivation for the move was Nuno. Jota’s move to Wolves coincided with the time his boss Nuno Espirito Santo got employed to manage Wolves. Long-range pass and short master Ruben Neves and a big host of Portuguese countrymen pictured below help Diogo Jota settle and adapt to English football and the ‘Nuno Revolution Project’. 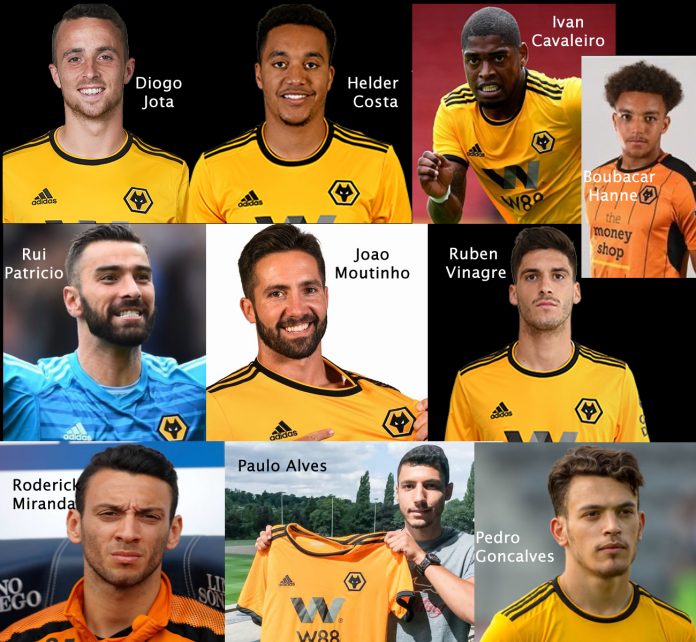 “Sometimes when you want to achieve something, you have to take a risk. And at that time it was the best thing to do. We came here, we saw the project of the club, we saw the players they bought, so we put our minds in the Championship, focused on [getting to] the Premier League and did our work.” said Jota.

Diogo Jota was his collection of Portuguese stars who won the Championship and got their Premier League promotion. He scored 17 goals in that fruitful season. 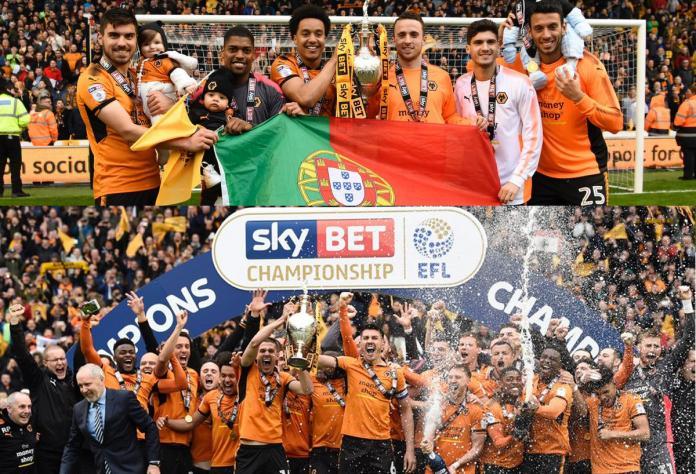 While playing in the premier league, Diogo Jota has proven to the world that he is the next beautiful promise of his young Portuguese generation of Portuguese superstars. As at the time of writing, Jota had just become the first Wolves player in history to score a PremierLeague hat-trick. 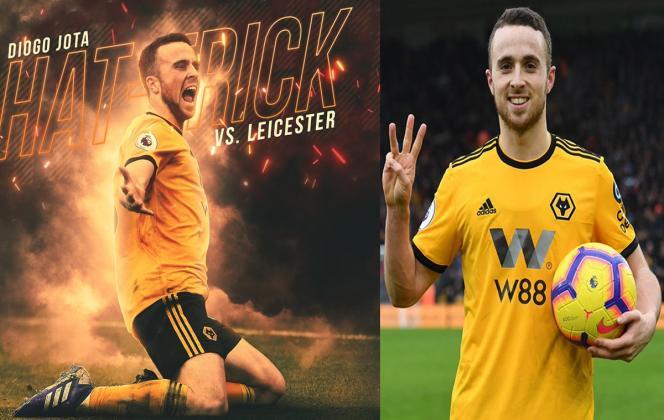 This impressive feat ranks him as the next Portuguese superstar to score a hat-trick in the premier league after Cristiano Ronaldo. The rest, as they say, is history.

Who is Diogo Jota’s Girlfriend?

Behind every great man, there’s a woman, so does the saying goes. Behind a successful Diogo Jota, there is indeed a glamorous wag in the person of Rute Cardoso pictured below with her man. 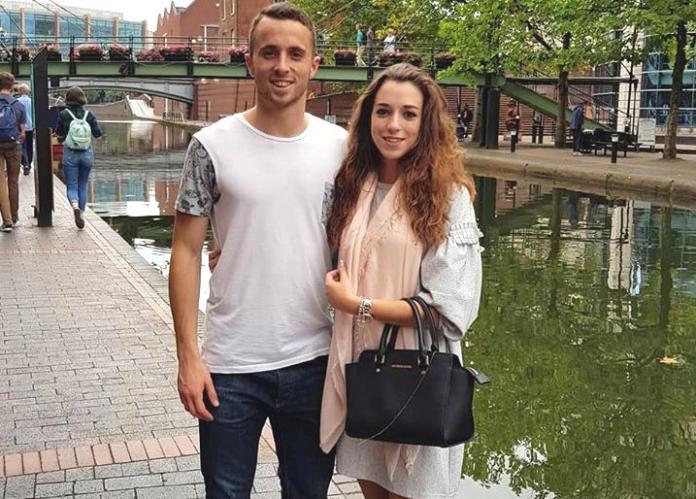 Both Jota and Rute are probably childhood sweethearts who have been together for years. It is obvious that Rute has been behind her man since the days doubts were cast over his ability to be successful with Wolves. 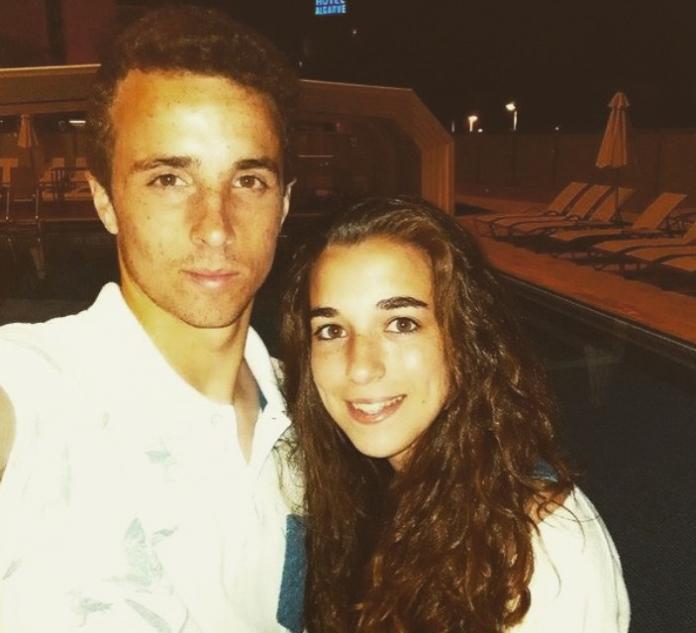 Both lovers didn’t just start living alone in the city of Wolverhampton. They have their dog Luna living with them and keeping their lives interesting. 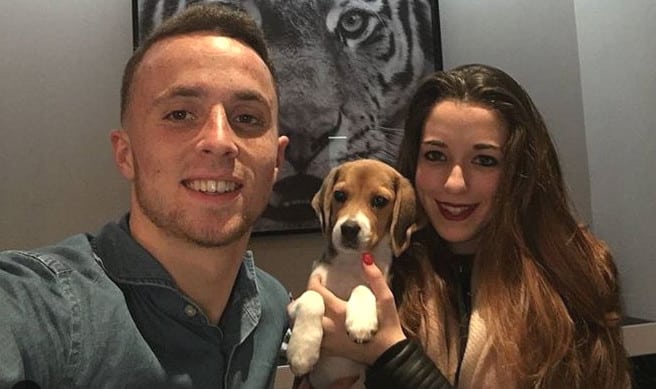 As Sokka puts it, there is no loyalty left in the modern game, but that hasn’t taken into account the relationships shared between footballers and dog. It is interesting to note that Jota’s gave his championship winning medal to his beloved Luna whom he also considers a champion. 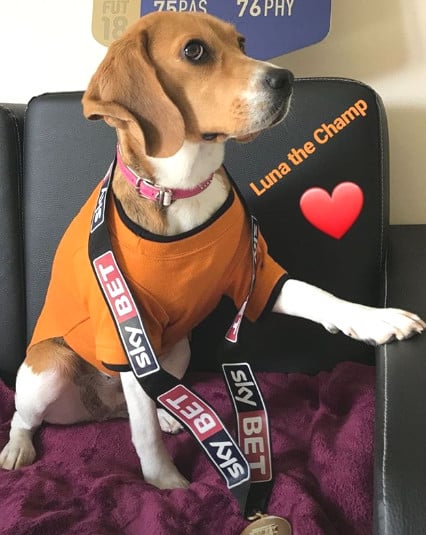 Getting to know Diogo Jota personal life would help you get a complete picture of his personality off the pitch of play. Interestingly, both Jota and Neves have become inseparable bosom buddies away from the pitch. 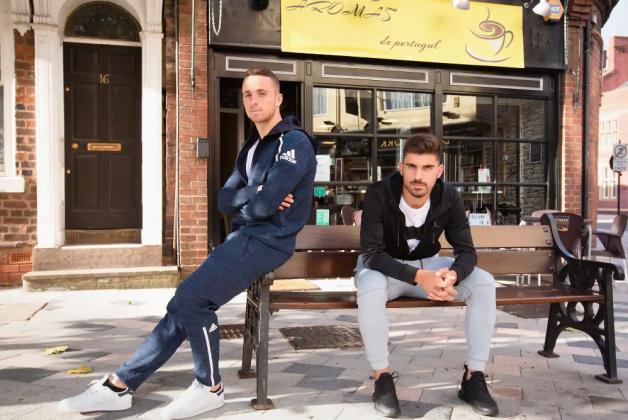 It is possible that a fan looking for Jota might probably find him and his buddy in the Aromas de Portugal eatery located in the city of Wolverhampton. Eating Portuguese food surely make him and his best friend feel away from home. 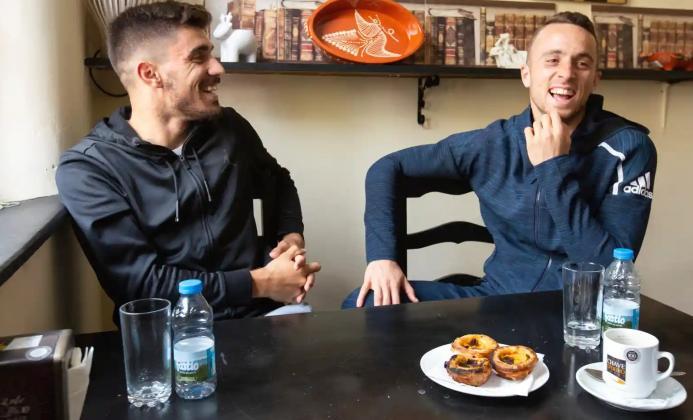 When they are not training, the two Portuguese players take each other to tennis or gym cricket. These are other sports added to their trade (Guardian Report). 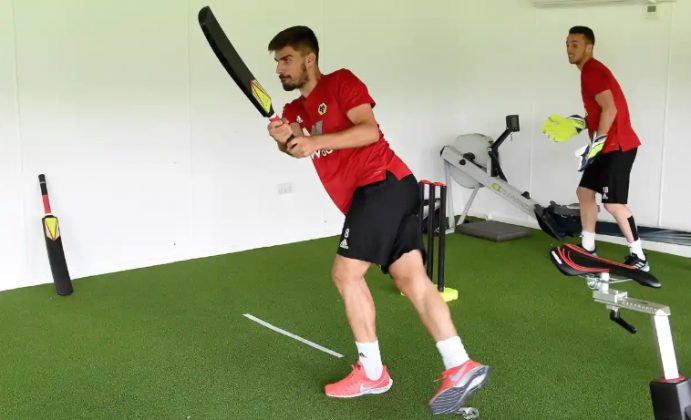 Neves and Jota playing cricket in the gym. Credit to the Guardian.

About his Super Agent- Jorge Mendes: 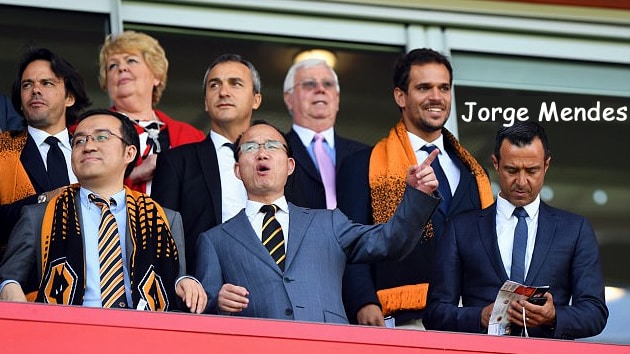 “Jorgie Mendes is like my right arm,” Jota says. “I feel there is no one better than him to manage my career, so I have nothing to worry about – just to do my job on the field. You’ll observe an ambitious personality when you speak to him. He keeps telling me ‘you can always do more. Mendes is very confident and believes in me just like I do to myself”

Diogo Jota’s Family seems to have okayed the presentation of “Jota” as his nickname on the back of his shirt. Truth is, Jota is among very few footballers who do so.

In his family, he is treated by the name Diogo. The English Football League once banned the nickname “Jota” as illegal and should not be placed on his shirt. Diogo had to use his legal surname. He changed it to “Diogo J” after his ascension to the Premier League.