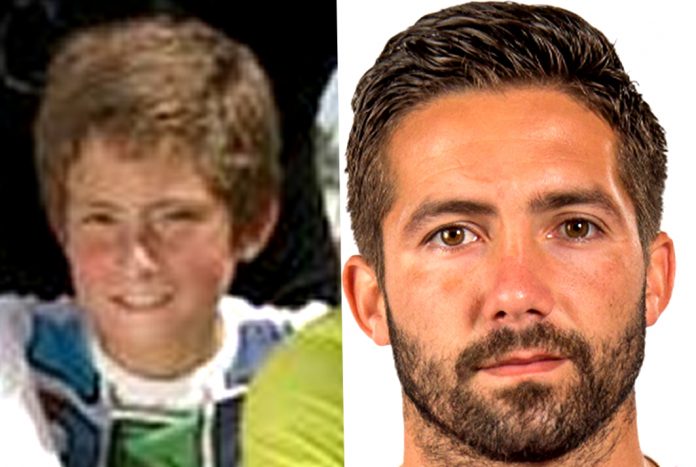 LifeBogger presents the Full Story of a Portuguese Football Legend who is best known by the nickname “Mighty Mouse“.

Our Joao Moutinho Childhood Story Plus Untold Biography Facts brings to you a full account of notable events from his childhood time to date.

Yes, everyone knows about his accurate passes and winning mentality but only a few know about Joao Moutinho’s Biography, which is quite interesting. Now without further ado, let’s Begin.

For Biography starters, Joao Filipe Iria Santos Moutinho was born on the 8th day of September 1986 at Portimao, Portugal. He was born to his mother, Lina Moutinho, whom little is known about, and to his father, Nélson Moutinho.

Growing up in Portimao (his birthplace) which is best known for its numerous tourist attractions (pictured below), young Moutinho was surrounded by sports-loving parents who helped guide him to become the football genius that he is today.

Moutinho’s father, Nélson, was a one-time professional footballer who played as a forward for the Portuguese National team and a number of clubs with Silves being the last.

The proud father of four sons is pictured below with Moutinho’s brothers; Nelson (named after his Dad), David and Alexandre. Nelson and David are professional footballers, while Alexandre (the youngest) is developing a career in football.

As a child, Moutinho was much endeared to his father Nelson, who did well to mentor and facilitate his enrollment at Portimonense, a club where Nelson had good outings during his prime.

Moutinho’s good disposition to playing football coupled with his father’s mentorship saw him begin his career at Portimonense when he was aged 10.

He fared well at the club where he learnt the basics of football and developed skills that are characteristics of his present style of play. 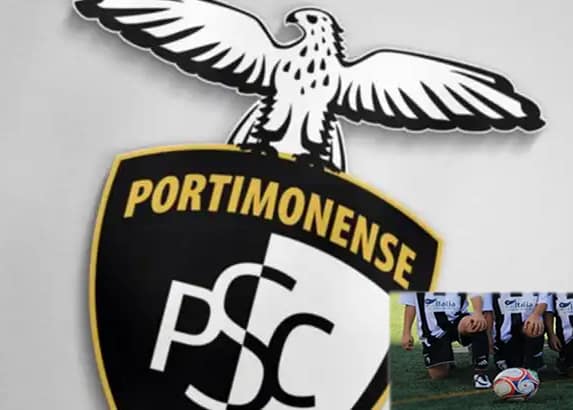 After spending three years at Portimonense, Moutinho earned a move to Sporting CP where he spent the better part of his youth club endeavours exhibiting top form and winning mentality. 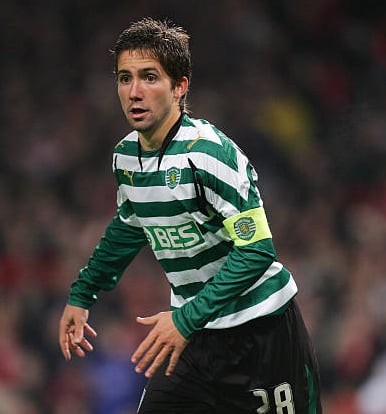 He was so endeared to his managers at the club that his move to Portimonense arch-rivals club FC Porto in 2010 didn’t go down well with the Club’s management.

So much was the dissatisfaction that he was accused of forcing the move to Porto and labelled a “rotten apple” by selling president Jose Eduardo.

His ten years of exhibiting top form at Sporting Lisbon did nothing to pacify the club which further described his move as a betrayal.

In spite of controversies generated by his shock move, Moutinho established himself at FC Porto where he won the treble in his debut season and clinched three consecutive Portuguese league titles. 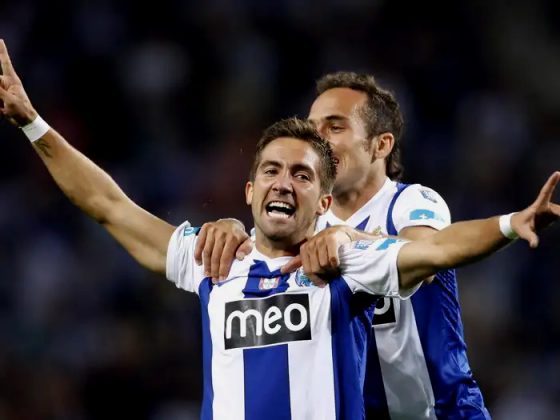 It wasn’t long before he joined Monaco in 2013 when the club had recently gained promotion to Ligue 1.

He was subsequently joined by Tiemoue Bakayoko, Bernardo Silva, Kylian Mbappe and Thomas Lemar who worked to help the club maintain progress and clinch the Ligue 1 title during the 2016/2017 season. The rest, as they say, is history. 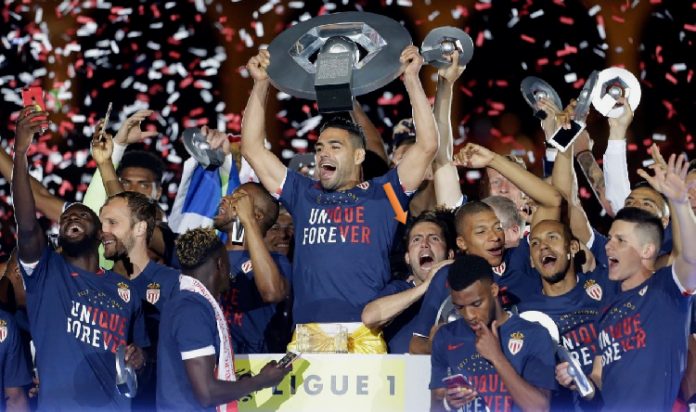 Although Joao Moutinho has earned a reputation of pulling shock moves in his career, he didn’t tread the shocking path in his romantic long-term journey with his girlfriend or wag turned wife, Ana Sofia Gomes.

Anna was born at Portugal in the same year as her heartthrob, Moutinho. See how flawless her beauty is. 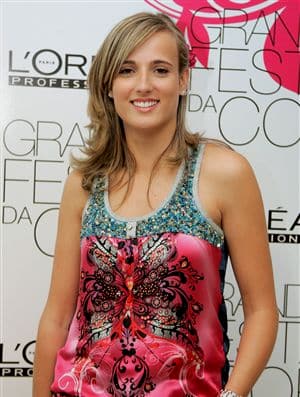 The duo started out as childhood sweethearts and their relationship has blossomed ever since. 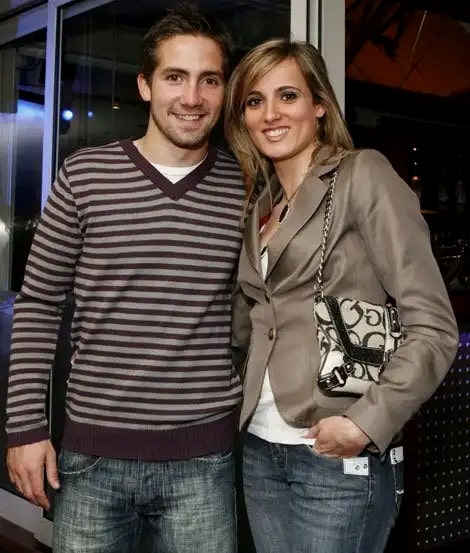 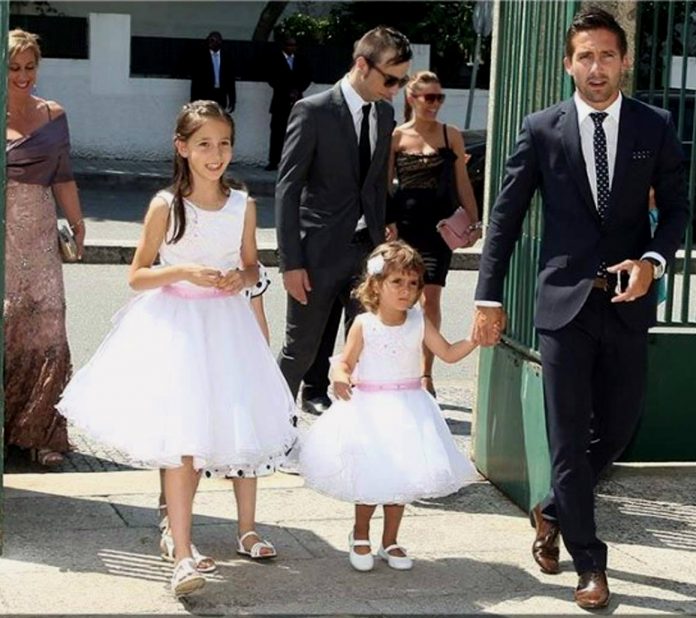 While training suffices to get most players prepared for a match, Joao Moutinho goes the extra mile by listening to music and playing strategy games. 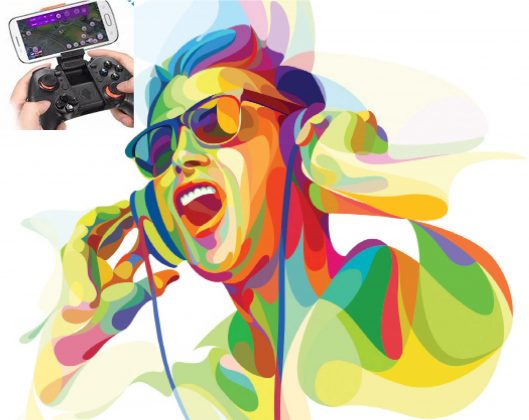 According to the football genius, music aids his concentration. While strategy games help him to make decisive moves. Such importance he once summarized below;

“one must be able to analyse things well. Before I receive a pass, I always look to see what options I have. To play better, one have to think faster than the others.”

He is one who brings his timid and endearing personality to every game he plays. And has not been known to pull moves that warrant double bookings.

In addition, he’s good at adapting well to new clubs and is renowned for showing great character in dressing rooms. 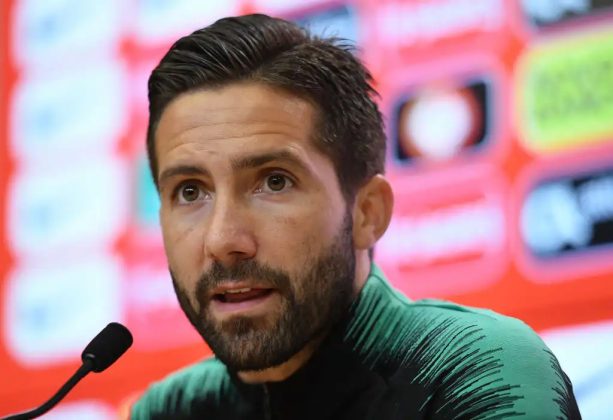 More so, he loves spending quality time with his family. Regardless of the fact that he lives much of a quiet life. And he desists from showing off on social media platforms. Lastly, Joao is glad to be a role model to fast-rising stars (like Vitinha) in the Portuguese national team setup.

The early days of Joao Moutinho’s relationship with Christiano Ronaldo date back to when the duo crossed paths at Sporting Lisbon. 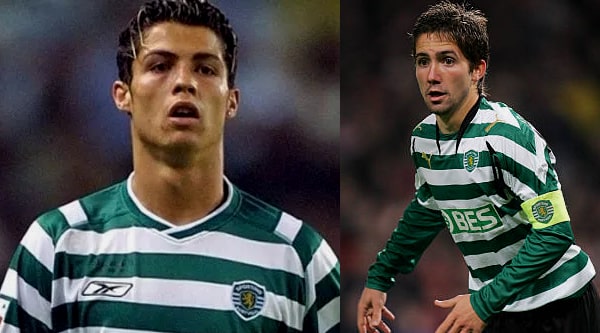 When the duo met again to play for Portugal during the 2016 Euro Cup campaign quarterfinals. It was a match between Portugal and Poland.

Their relationship did much to underscore the far-reaching effects of motivation. As well as little known leadership capabilities of Cristiano Ronaldo.

Portugal and Poland were tied up to a 1-1 draw leaving the outcome of the match to be decided by dreaded penalty shootouts.

Although Moutinho was the most nervous of teammates at the critical moment, he was goaded by Ronaldo to take a shot with these words.

Joao could not have been motivated any better as he found the net with his penalty kick. A penalty that contributed to Portugal’s 5-3 victory over Robert Lewandowski’s Poland. 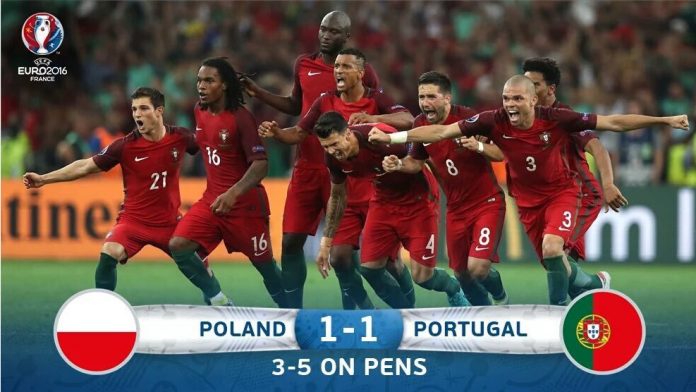 Two matches after, Portugal were crowned Winners of Euro 2016.

Joao has a football school known as Moutinho’s football school at Lagoa Town in Portugal. The school is run by members of his family with his father Nelson as head coach.

Although children enrolled in the school train at the Estômbar’s municipal stadium in the meantime. It wouldn’t be long before the school metamorphose into a full-blown academy with best international practices.

Joao Moutinho shares his first and last names with a Portuguese footballer who was born in 1998.

Joao Moutinho (born 1998) grew up in Lisbon and had stints with the youth systems of Sporting Lisbon before moving to America, where he currently plays for the Los Angeles Football Club LAFC.

From all indications, Joao Moutinho (born 1998) is already making a name for himself.

FACT CHECK: Thanks for reading our Joao Moutinho Childhood Story plus untold biography facts. At LifeBogger, we strive for accuracy and fairness. If you see something that doesn’t look right in this article, please place your comment or contact us!