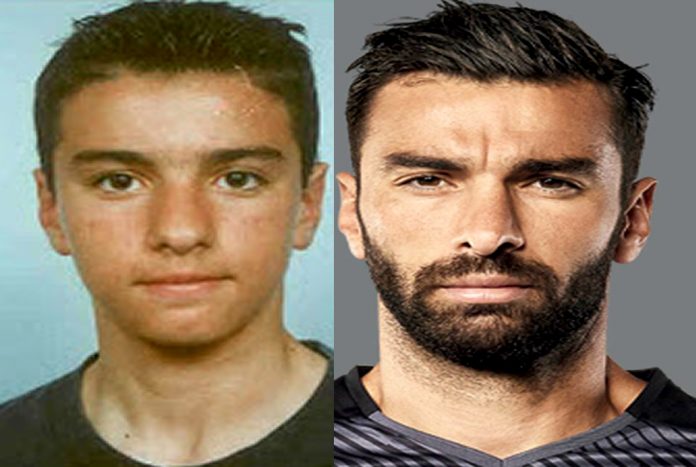 LifeBogger presents the Full Story of a Goal Keeper best known by the nickname “Saint Patricio“.

Our Rui Patricio Childhood Story Plus Untold Biography Facts bring to you a full account of notable events from his childhood time to date.

The analysis involves his life story before fame, family background, and controversial divorce story. More so, many OFF-Pitch facts (little known) about him.

Yes, everyone knows about his iconic saves. However, only a few consider Rui Patricio’s Bio which is quite interesting. Now without further ado, let’s Begin.

For Biography starters, his full name is Rui Pedro dos Santos Patrício ComM. Rui Patricio was born on the day after St. Valentine’s day, the 15th day of February 1988.

Patricio was born to his mother, Beliza Patrício and father, Patrício Rui in the small village of Marrazes, Leiria in Portugal.

Rui Patricio grew up with his sister, Nídia Patrício, who is married and now bears the name Nídia Santos.

In his village of Marrazes, emptiness ended for little boys when there was football on their feet. It was easy for young Patricio to choose football, unlike any other sport.

Early on, Patricio made sure his ambition of becoming a professional footballer didn’t go as a passing fantasy.

It was the year 1997 when Portugal lost out on the 1998 FIFA World Cup to Ukraine and Germany in their qualifier.

Rui Patricio started out as a striker for the youth club. 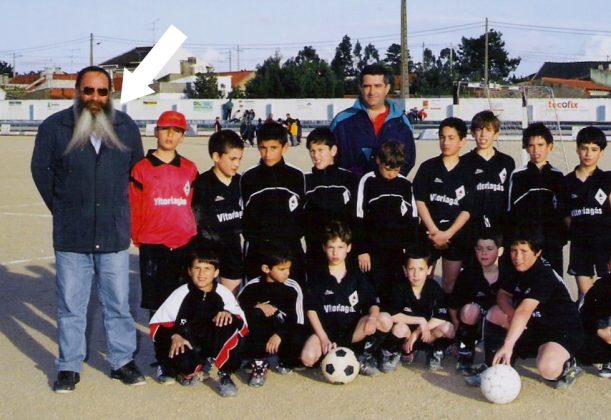 Converting into a Goal Keeper:

One day, Leiria e Marrazes academy goalkeeper surprised everyone by voluntarily storming out of a training session. This left their frustrated coach Bento to turn to the players for support.

After testing every player, Bento could only see a young Patricio being consistent with his dive. It took no time before he made him the new goalkeeper.

Despite some early goalkeeping errors made, Rui Patricio later became indispensable for his team, thereby leaving the former goalkeeper on the bench. 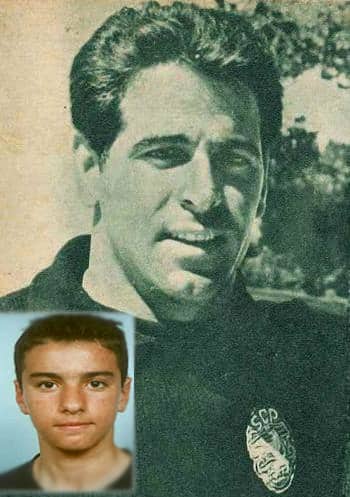 Having all the Portuguese football connections, Carvalho decided to help the little boy to a better academy.

Carvalho was responsible for initiating Patricio’s transfer from Leiria e Marrazes to Sporting in the year 2000, a time he was a 12-year-old.

It was in the year 2003 that Patricio finally moved to Sporting’s academy once it was opened for football operations.

While at Sporting, young Patricio grew up to be a humble boy who would only grow taller by the season. His humbleness and ability to pay attention were directly proportional to the way he handled the ball.

Three years after he joined the club, Patricio got himself promoted to the Sporting’s senior side, a moment his dream came through.

While at the academy, Patricio met his pals, former Sporting captain and current team-mate Joao Moutinho, who nicknamed him ‘Marrazes‘ after his hometown. 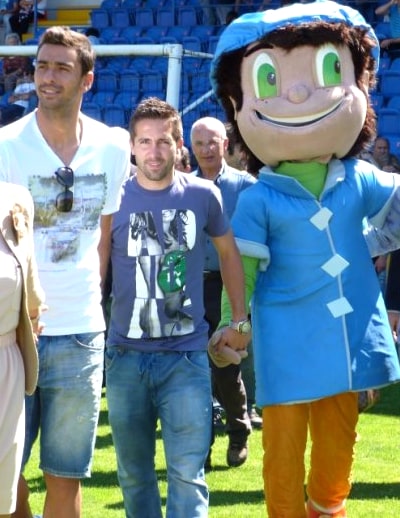 The year 2006 was when Patricio’s career took a meteoric rise as he quickly became recognized as the best young goalkeeper in Portugal.

Below is a photo of him celebrating with his teammates on their Taça de Portugal victory. 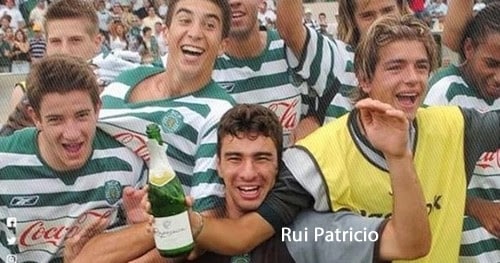 After playing with the club for 12 years, Rui Patricio made a decision to terminate his Sporting contract following a training ground violence.

He accused the club’s president of instigating violence and fans for attacking players. At that moment, his mind became made up for England.

Rui Patricio moved to England in June 2018 after appearing in 467 official games and becoming Sporting’s captain and legend.

He won five trophies during his 12-year spell there, including two Portuguese Cups. The rest, as they say, is now history.

Behind every successful Portuguese footballer, there is indeed a glamorous girlfriend or wife. Rui Patricio started his relationship while he was very young with his childhood sweetheart named Joana Pereira.

Their relationship took them from best friend status to one which signified true love. 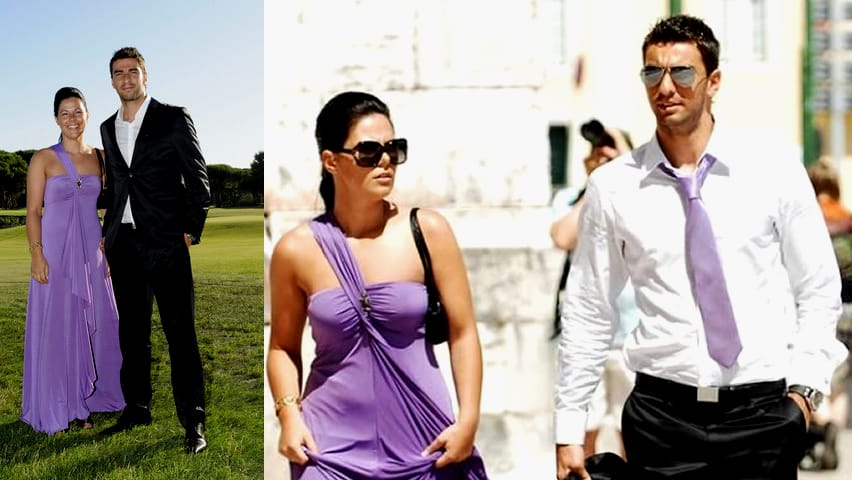 Because both families of Patricio and Joana were close friends, it was easy for both to decide their future.

Patricio and his beautiful longtime girlfriend tied the knot in June 2011. Rui Patricio’s sister, Nídia Santos revealed that the wedding was a normal ceremony. 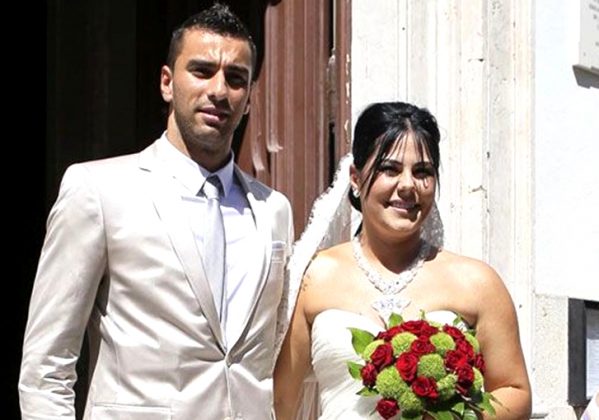 Their barbed and pink gold wedding rings were exchanged after they both said the YES word. The wedding ring was designed by Gil de Sousa, a friend of the couple, a year before the wedding date. 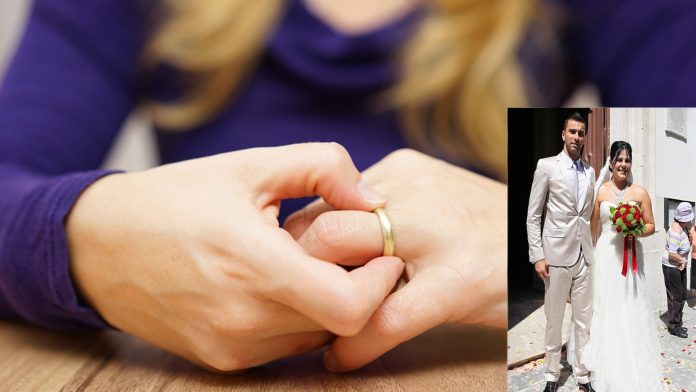 Just one year after their wedding, Rui Patrício got himself at the centre of the Portuguese national news, not only for his good performances on the pitch but for the divorce of his wife.

Their divorce was a turbulent case in which both accused themselves of cheating. Rui Patricio accused Joana Pereira to have allegedly committed adultery with her personal trainer.

Joanna, on the other hand, accused Rui Patrício was of having an extramarital relationship with Portuguese model Liliana Aguiar who is 7 years his senior.

Their divorce came just one year after their marriage. During the divorce proceeding, the ex-couple reached an agreement on the division of properties and wealth.

According to reports, Rui Patrício decided to pay €80,000 to Joana for the separation and to keep her running amicably. Unfortunately, Joana refused the agreement. This led to the case being dragged as it advanced to court.

After their divorce, Patricio started dating the Portuguese model, Lilliana Aguiar, who was responsible for ending their marriage. 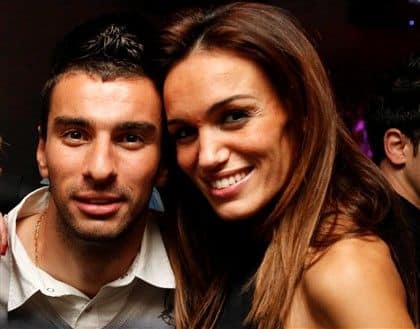 Liliana Aguiar is famous for her Big Brother participation in the year 2001. Their relationship, which got strong at the centre of his divorce, didn’t last long.

Rui Patrício and Liliana Aguiar started dating in January and ended their relationship in April 2012.

Speaking to the magazine New People, Joana Pereira recently assured that she has made peace with her ex-husband. Despite the closeness once again, both parties still had to move on.

Rui Patricio fell in love in the hospital with a nutritionist and a psychologist named Dr Vera Ribeiro, who specializes in s*xual matters and therapy. 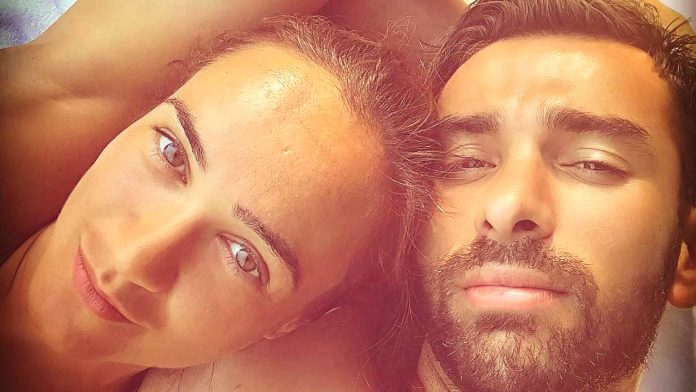 While Patricio keeps his focus on keeping clean sheets, his wife, Dr Vera, puts in mind what goes on beneath them on bed.
It took no time before the couple became blessed with a son who goes by the name Pedro. Pedro was born in the year 2016. 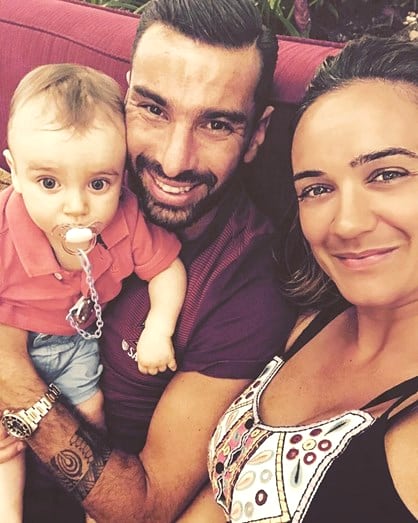 Both couples once waited for the birth of the second child, a girl whom they named Eva Patricio.

Did You Know?! Eva is also a name chosen by Cristiano Ronaldo for one of his twin girls. Patricio considers building a relationship with his son as the best thing in the world.

As a good father, he plays an important role in the development of his son’s emotional literacy. 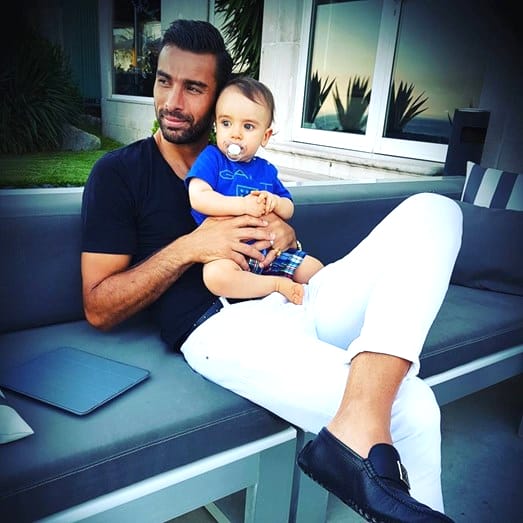 The s*x therapist wife of Rui Patricio once revealed some s*xy plan she thinks will give Portuguese players a boost before the 2018 FIFA World Cup in Russia. 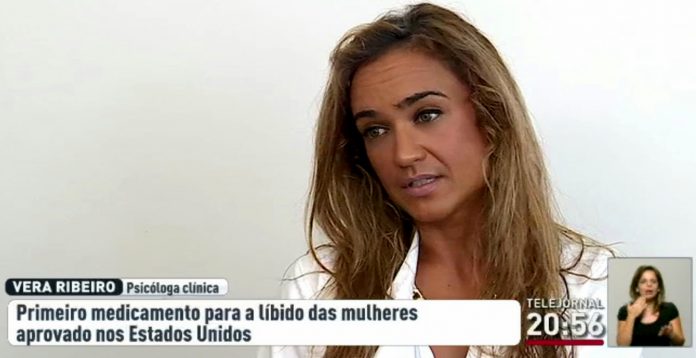 Dr. Vera urged national team coach Fernando Santos to tell his players to m*stu*bate as it could enhance their chances of winning the 2018 FIFA World Cup.

Did You Know?!… Dr. Vera is also popular in her career and her ability to write books.

She is known for her published book called ‘Manual of Seduction‘, which examines the love lives of footballers. Below is a photo of her during her book launch. 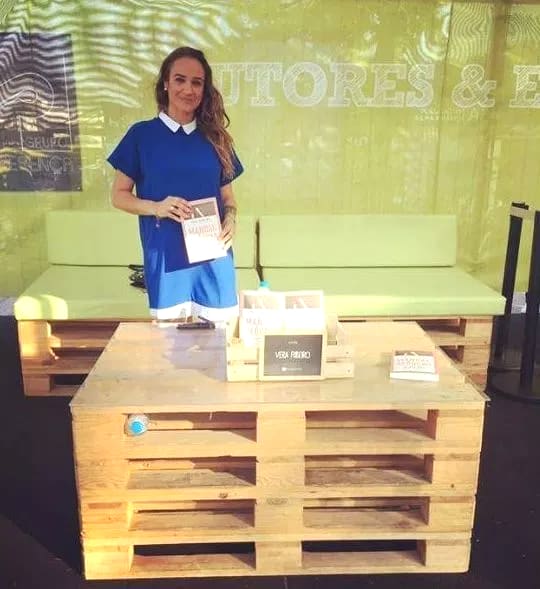 Upon approaching Wolves after his 2018 summer transfer, Patrício opted to wear the 11 shirt number as opposed to the habitual number 1.

The decision was in honour of Nigerian-born Carl Ikeme, who forcefully retired following treatment for acute leukaemia.

This is a type of cancer of the blood and bone marrow with excess immature white blood cells. He joined Matt Doherty’s Wolves as a replacement to this great Legendary Goalkeeper. 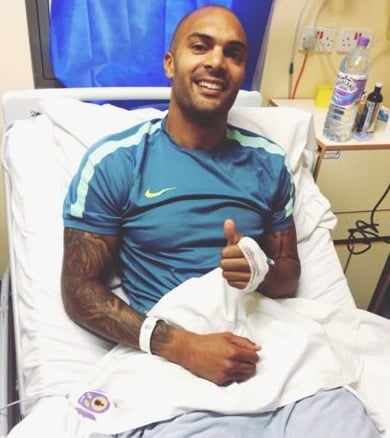 Rui Patricio is quiet but on the other hand, can be eccentric and energetic. He is a deep thinker and highly intellectual person which makes it easy for him to solve problems. 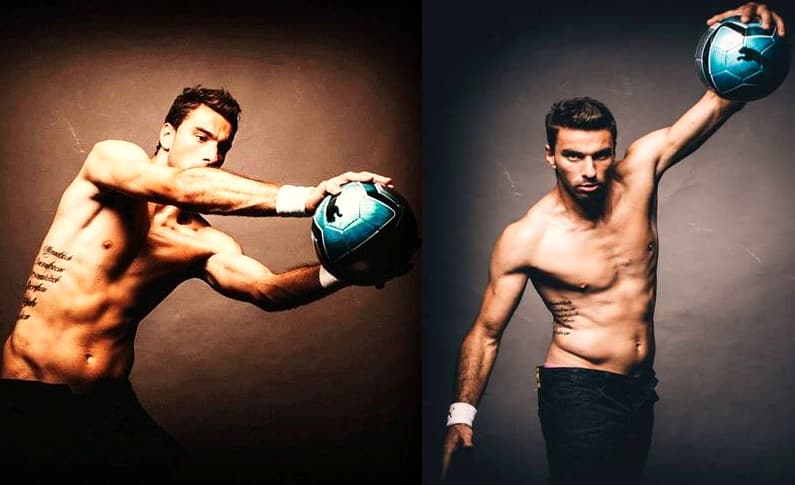 By living all his career life in Portugal and agreeing to move to England in the 2018 summer transfer, Rui Patricio has proven that he can easily adapt to any energy that surrounds him.

At some point in his life, Rui could develop a deep need to spend time alone and away from everything in order to restore his strength.

He sees the world, whether England or Portugal, as a place full of possibilities.

What he keeps deep in his Memory:

During his youthful days, Patricio met his coach Ti João who had long promised that he will only cut his beard only when Patricio’s club Marrazes reached the Portuguese 1st Division.

Unfortunately, the team to date had not reached the Portuguese first division, and it is more than 40 years after he made the promise. Sadly, João dos Santos was 68 years old when he died. His wish to date is still not accomplished.

Please find below our YouTube video summary for this profile. Kindly Visit our Youtube Channel for More Videos.

FACT CHECK: Thanks for reading our Rui Patricio Childhood Story Plus Untold Biography Facts. At LifeBogger, we strive for accuracy and fairness.