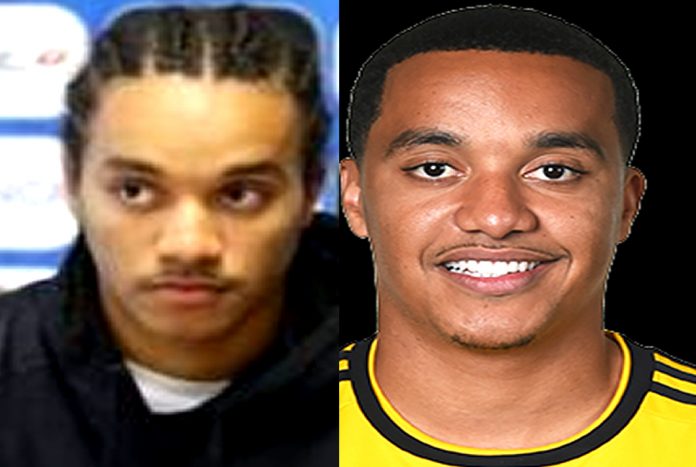 LB presents the Full Story of a Football Genius who is best known by the name “Costa“. Our Helder Costa Childhood Story Plus Untold Biography Facts bring to you a full account of notable events from his childhood time to date.

The analysis involves his family background, life story before fame, rise to fame story, relationship, and personal life. In addition, other off-pitch facts little known about him.

Yes, everyone knows about the pace he brings to the game. However, only a few consider Helda Costa’s Biography which is quite interesting. Now without further ado, let’s Begin.

Starting off, his full name is Hélder Wander Sousa de Azevedo e Costa. Hélder Costa was born a Capricorn on the 12th day of January 1994, in Luanda, the capital and port city of Angola, Southern Africa.

Like very few Angolans, Helder Costa was born into a wealthy family, with a silver spoon in his mouth. As a boy, he lived with his parents in the beautiful Ilha do Cabo, the large sand spit off Luanda’s coast packed with bars, restaurants, and beautiful beaches. 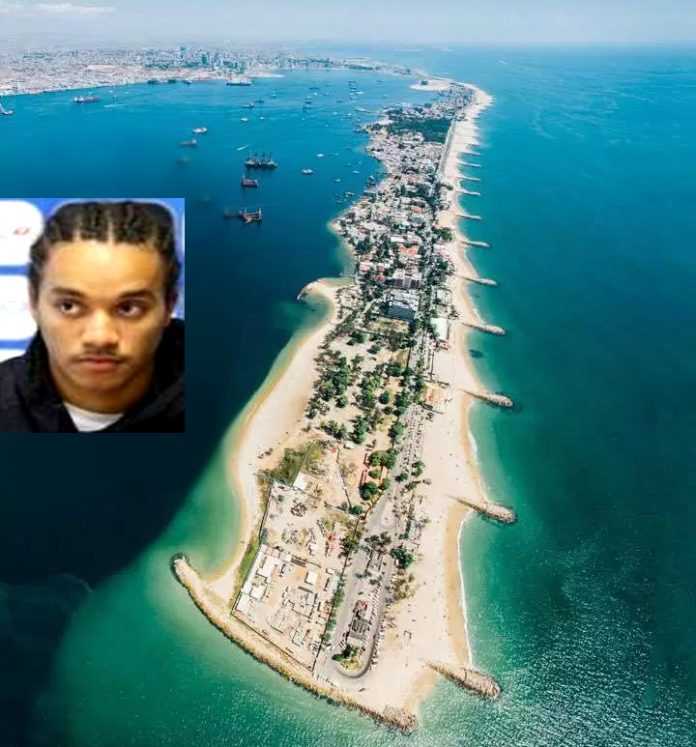 About his Home Country: According to the World Economic Forum report, Angola’s capital Luanda is the most expensive city in the world, ahead of other city suspects like Hong Kong, Zurich, and Singapore. More so, Luanda is the world’s most populous Portuguese-speaking capital city.

About his Parents: Talking about Helder Costa’s parents, very little is know about his dad who has never been featured in his social media accounts.

However, It is important to let you know that Helder Costa is a mummy’s boy. He believes he has the most beautiful mum in the world. 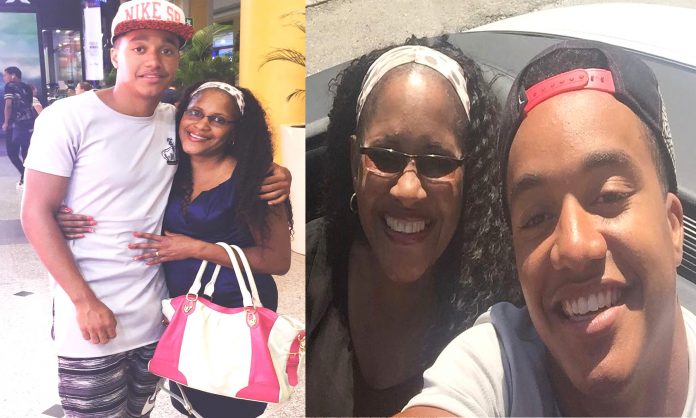 Costa didn’t just have his mum and dad only by his side as a child. He grew up alongside his brother who goes by the name Feliz Natal. 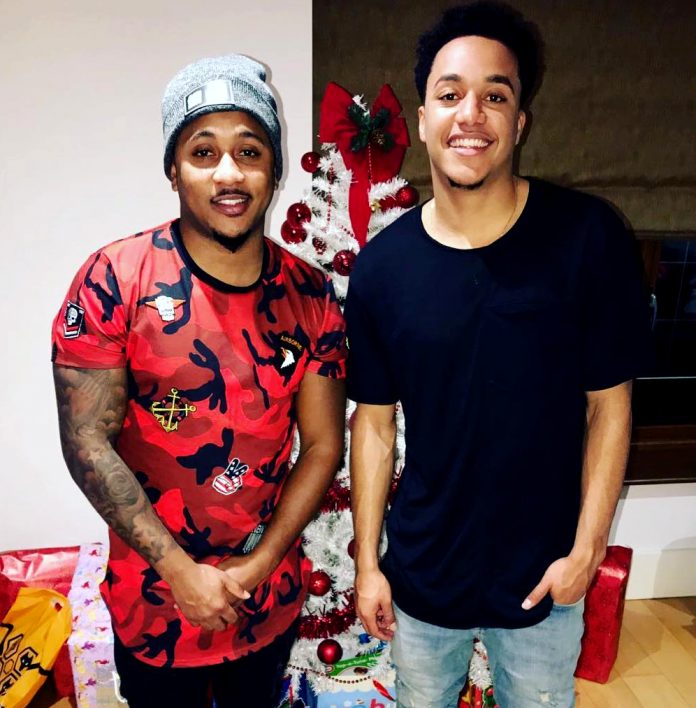 Helder enjoys the huge advantages of his grandmum’s frequent presence in his life and career. The photos below prove both to have a very close relationship. 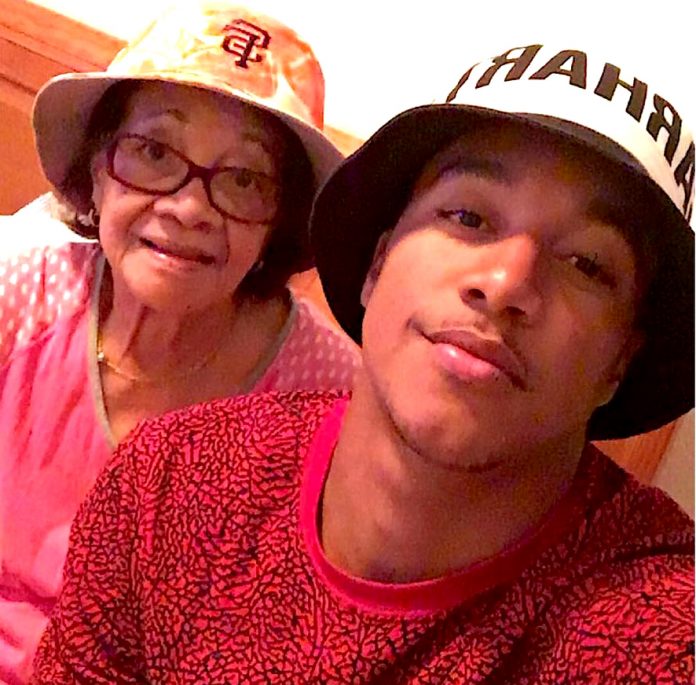 Costa could spend the whole of his day hanging out with his super grandmum. 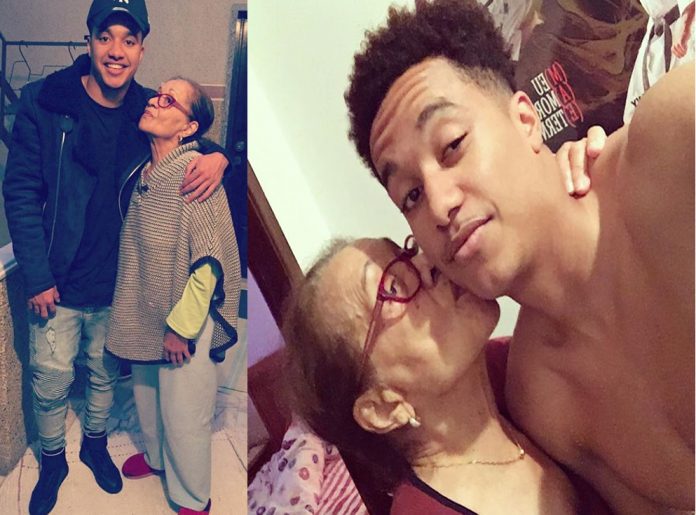 Early on in his life, Helder Costa family had to leave Luanda, Angola to Portugal in a bid to get a better economic opportunity in football.

There, he joined his cousin, Nélson Semedo who currently plays for FC Barcelona as at the time of writing.

The Brothers of similar Continental Origin:

Did you Know?… the likes of William Carvalho, Deco, Pepe, Gelson Martins were all born in one of Portugal’s former territories. Hence, the Portuguese football wouldn’t be as it is if it wasn’t for the help of the country’s former colonies.

The country’s footballing prowess is largely due to what the former colonies have provided. Even Cristiano Ronaldo has his roots from one of such territories, that is; Cape Verde. 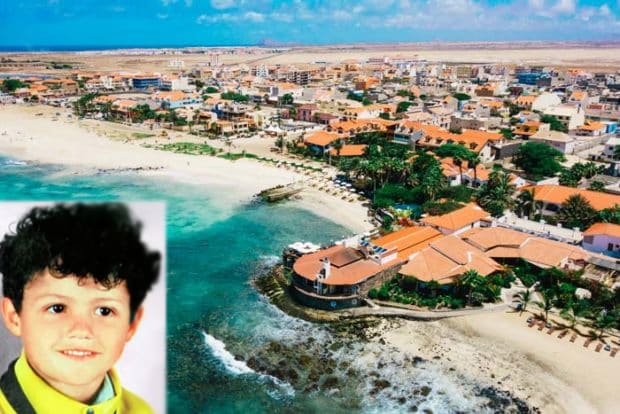 Helda Costa had loved football right from his early childhood days. His passion for football saw him at the age of 10 enrolling on the roster of a Benfica youth team, which gave him the stage to showcase his talents.

Costa spent 8 years at Benfica before witnessing his graduation to senior football in the year 2012. While Costa was developing well in Benfica, but it was clear he needed regular first-team football not in Portugal but elsewhere in a more intense league. 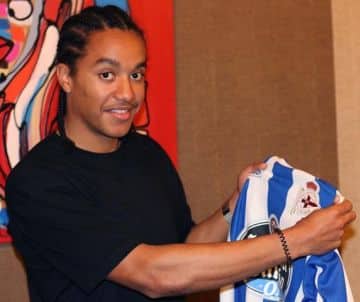 In January 2015, he was loaned to La Liga’s Deportivo La Coruña where he struggled to make headway at the Spanish club. In July of the same year, he was sent out on loan to Leonardo Jardim’s Monaco.

This was a time Monaco was overflowing with young talents like Mbappe, Bernardo Silva, Fabinho, Martial, and Thomas Lemar, etc. Sadly, such an overflow of young talent made it difficult for Costa to crack Monaco starting XI.

This made the Angolan-born nomadic footballer consider England as his last resort.

Costa’s potential was obvious the moment Wolverhampton Wanderers signed him on loan on July 2016. 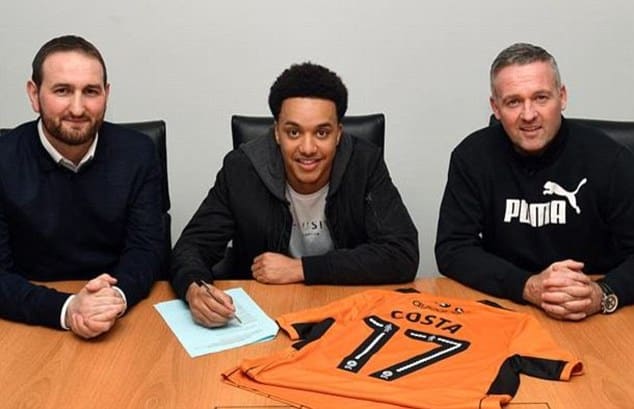 The former first division footballer became unknown to the large majority of England football fans due to him plying his trade in the less popular English second tier.

Instead of playing in the Premier League, Costa decided to stay with a championship side where he would be guaranteed regular football into his stride.

Since after joining the club, Hélder Costa grew from strength to strength. However, his first few months at the club proved tough due to the physicality of English football.

His slender build was messed around with by bigger English players as he was easily brushed off the ball.

Costa started overcoming these difficulties when he started focusing on his raw pace. The defining moment for Costa came when he explored his raw pace and constant desire to beat Liverpool players which led to an FA cup win.

Costa fearlessly ran at the Liverpool back four, causing them several problems.

He took advantage of Liverpool’s poor run of form to make himself popular in English football. The turn of pace and control whilst traveling at such speed was a testament to his natural athletic and technical abilities. 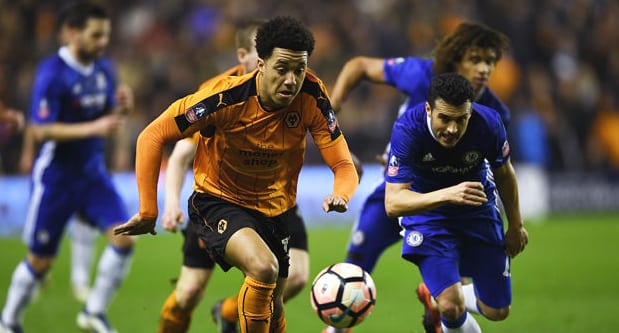 Costa continued to use his pace to torment other bigger opponents thus leading him to win his club’s Player of the Season award during his first year at Wolves.

This became an ideal way for him to settle into life in England where he continued to deal with defenders.

Not long into his first premier league season, a very thankful Costa got his long-awaited Portuguese national team call-up.

He said this in the video after the blissful moment. The rest, as they say, is now history.

Who is Helder Costa’s Wife to be?

Behind every successful Portuguese footballer, there is indeed a glamorous wag or girlfriend. Helda Costa is known for showing off his girlfriend whose name remains unknown. 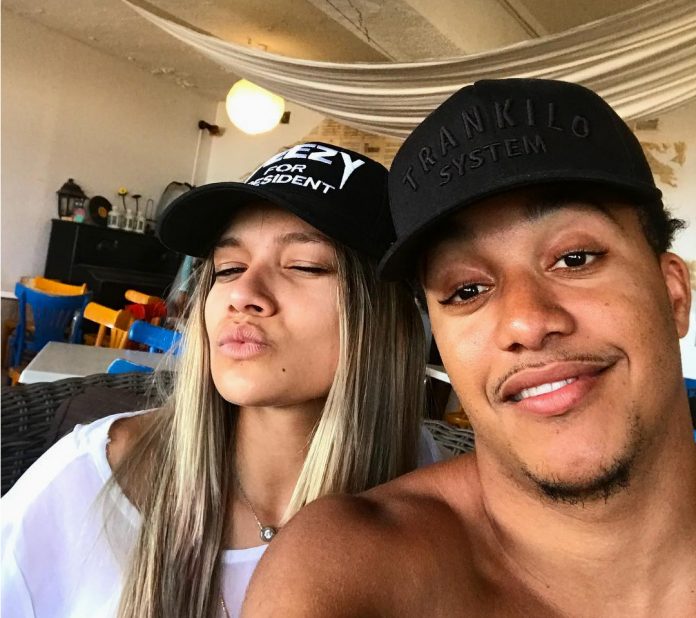 Both Costa and his girlfriend enjoy a solid relationship that is built solely on friendship. Ideally, it is not easy to win over Costa’s attention or his heart.

However, once his walls break and his heart melts, he stays committed to his relationship. 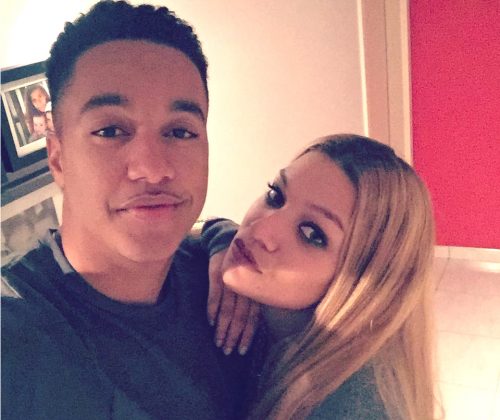 Costa and his girlfriend are perceived to be the parents to their lovely daughter pictured below with her dad. 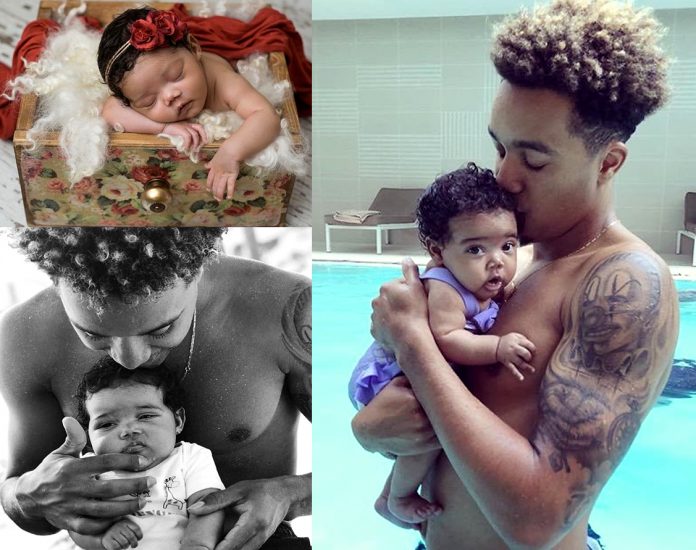 Understanding Helder Costa’s career story is not enough. But knowing his lifestyle off the pitch will help you build up a complete picture of him.

Costa without a doubt is a handsome footballer who possesses an inner state of independence. 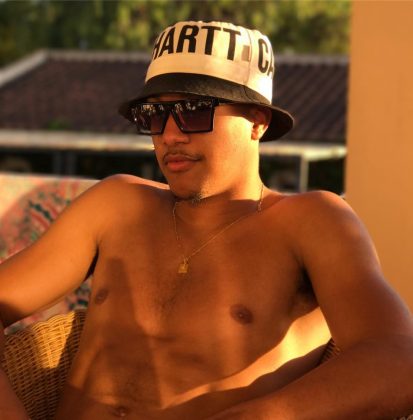 A Golfer: For some fans, it is no surprise that despite carving a career in football, Helder Costa has also applied his football traits to playing golf. Below is the Portuguese star playing his second most favorite game.

Off the field, Helder Costa is someone who demonstrates profound maturity in both character and morality. This is seen in his friendly nature. 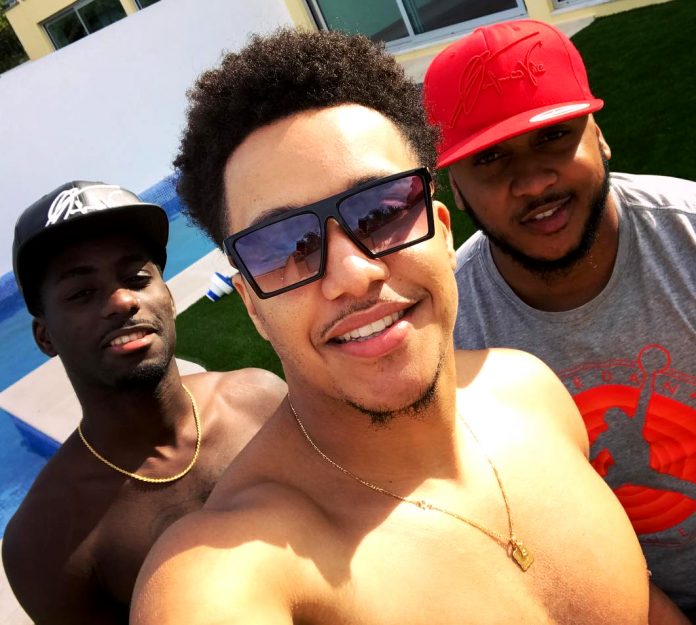 FACT CHECK: Thanks for reading our Helder Costa Childhood Story Plus Untold Biography Facts. At LifeBogger, we strive for accuracy and fairness.