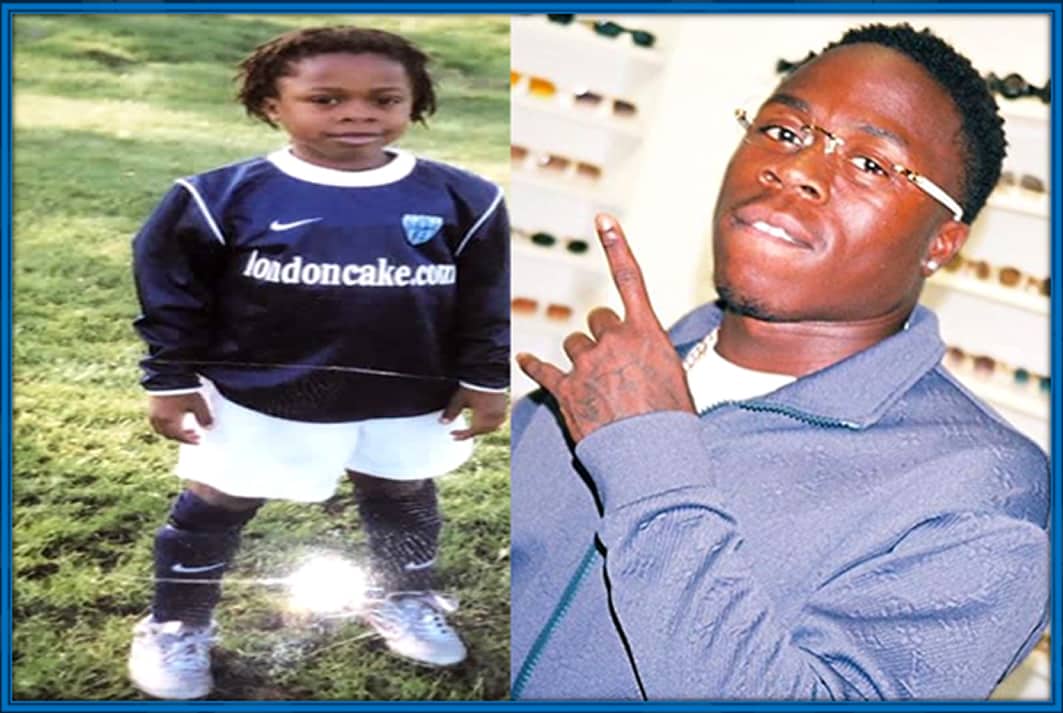 In a nutshell, we present to you his life journey as a Footballer, from his early days to when he became famous.

Yes, everyone knows he is a hard worker like Aaron Connolly, one who uses his gameplay to challenge fans, that he can hack it for club and country.

Despite this, we realize that Michael Obafemi’s Bio is unknown to many of his followers. His memoir reveals a lot about him and without further ado, let’s begin.

For Biography starters, he is nicknamed “Mica.” Michael Oluwadurotimi Obafemiwas was born on the 6th day of July 2000 in the capital city of Dublin in Ireland.

The Irish footballer was born to his mother, Ms Bolajoko Oredein, and to a little-known father.

First and foremost, the striker is a bona fide citizen of Ireland. However, the results of research carried out to determine Michael Obafemi family origins indicate that he is of Yoruba ethnicity.

This ethnic group dominates most parts of western Nigeria. By implication, Michael Obafemi’s parents are Africans and of Nigerian roots. The footballer himself is Irish and has Nigerian blood flowing through his veins.

Did you know that the football genius was still very young when his father and mother moved to England?

It was in the country that a 4-year-old Obafemi began playing football with his older brother Afolabi Obafemi.

“We regularly did play football outside my house on the concrete. Our practice include kicking balls against our neighbour’s fence until we get a telling off,”

Notes the striker of his early beginnings in football.

The truth is, he didn’t come from a super-rich family but that of a middle-class. While in England, Michael Obafemi’s parents took up residence at Chingford.

The area is a suburban district in North East London. Michael Obafemi’s dad and mum did ensure that he was well taken care of. Thus, he grew up happy, like most kids in the North East London neighbourhood.

When the time was right, the destiny of the football enthusiast began calling. Back then, Michael Obafemi’s parents deemed it necessary to give his passion a productive direction.

As such, they saw to his enrollment for training at boyhood club – Ryan FC in Chingford.

The youngster’s development at Chingford was rapid, such that he went on to spend other periods of his career buildup in a variety of football academies. The academies include Chelsea, Arsenal and Watford.

At the peak of Obafemi’s youth career at Watford, the footballer is known to have found the back of the net 11 times in a single match.

Thereafter, he was released by the club at the young age of 14. Otbsports gives full details of his Watford rejection story.

After the football prodigy’s release from Watford, he took a year out of the big game in order to reflect on whether he really wanted football as a career sport or not.

He did also think of a number of career paths he could tread if football didn’t go well. As loving as they are, Michael Obafemi’s parents were there to console him at that trying time of his life.

Upon making his decision, the 15-year-old sat with his mom to share his plans for the future with her. Obafemi’s mom gave him her full support, urging him to give 100% of his efforts to the sport.

Thanks to parental advice, the Irish footballer went back to his old hobby.

It wasn’t long before the football prodigy joined Leyton Orient in 2015 for a one year stint. He later signed for Southampton in 2016.

He went on to make his professional debut for the Saints in January 2018 during a 1–1 draw with Tottenham Hotspur.

With the debut, Obafemi became the second-youngest player to make a Premier League appearance for Southampton after Luke Shaw (17 years and 116 days old).

Months later, in December 2018, Obafemi became Southampton’s youngest scorer in the Premier League after he scored his first goal for the Saints in a 3–1 victory at Huddersfield.

Since then, he had made a name scoring against big clubs- the most recent was tarnishing Man United’s hopes of reaching the league’s third position after the 2019/2020 COVID-19 pandemic football resumption.

It is only a matter of time before he becomes a regular, and then we see big clubs begging for his signature. The rest, as they say, is history.

Football talents have over time become big on keeping their love life private. As such it is difficult to tell who is Michael Obafemi’s girlfriend or if he actually has a wife.

The player who is yet to be seen with any lady that can be called his girlfriend or wife is striving hard to be the best that he can be in top-flight football.

Notwithstanding, it might not be long before we see photos of him with a pretty lady.

Having a supporting household has no doubt been the biggest driving force of motivation in the life of the Irish footballer.

Here, We bring you facts about Michael Obafemi’s parents and siblings. We will also outline facts about his ancestry. Now let’s begin.

First but not least, not much is known about Obafemi Michael’s dad. However, we do know that his mom, Ms Bolajoko Oredein is one of his biggest fans.

She has always been there for the striker and was present to watch him make his senior debut for Ireland national team when he was only 18 years of age.

What’s more? Bolajoko Oredein makes it a point of duty to come for every one of her son’s games regardless of whether he is on the bench or not.

Afolabi Obafemi is the striker’s brother. They grew up playing football together and were both at Leyton Orient youth ranks before their careers took different directions.

Afolabi’s career is a less illustrious one. He majorly played in lower leagues before landing at Wingate & Finchley, in the Isthmian League Premier Division. Here is Afolabi Obafemi.

Away from the striker’s immediate family, details of his ancestry can be traced to Nigeria and not Ireland.

This is particularly as it relates to his maternal and paternal grandparents. In addition, Obafemi’s uncles, aunts, cousins, nephews and nieces.

Personal Life Facts away from Soccer:

Let’s move on to “Mica’s” life outside training and tormenting defenders. Did you know that there is a consensus whenever friends, family and teammates are asked to describe his persona?

They attest to the fact that Obafemi is a likeable person who is creative, resilient, emotionally intelligent and ambitious, like individuals whose Zodiac sign is Cancer.

He loves swimming, travelling, watching movies, and spending quality time with family and friends, among other interests and hobbies.

Getting to know how the footballer’s wealth and how he spends his monies off the pitch would surely help you get a better picture of him.

This places Michael Obafemi’s net worth at 1.7 Million Euros. Now, let’s tell you how the striker makes and spends his money.

There is no rocket science as to how Obafemi amassed his wealth because football, as we know it is a popular sport.

In fact, the money he gets from endorsement is enough to maintain his exotic cars and to keep an expensive house running.

Our write-up on “Mica” (his nickname) would be imperfect if we don’t fulfil the requirements of this heading. As such, we bring you a few facts about the striker with a view to helping you get a complete picture of him.

Obafemi has a very poor overall FIFA 2020 rating of 67 points. Such a rating does not speak well of his status as a Striker.

Fans are definitely not happy with the development and have been making calls for his upgrade.

Only a few persons are aware of the fact that Obafemi’s birth year – 2000, is significant for a number of technological events.

The World’s largest Ferris Wheel or Observation Wheel (The London Eye) was opened in 2000. It was also the same year that the Dot Com Bubble Bursts and thousands of DotComs went bust.

Obafemi is a Christain. In fact, a visit to his Instagram page will convince you that he is a believer, particularly when you view a video of the striker’s skill set compilation.

The caption of the video is a popular bible verse that reads – “I can do all things through him who gives me strength.”

Thanks for reading this insightful write-up on Michael Obafemi’s biography.

At LifeBogger, we strive for accuracy and fairness in our routine of delivering you Irish Football Stories. Surely, the Life History of Roy Keane and Evan Ferguson will excite you.

We have no doubt that his life story has given you lessons on the need to give your all to whatever you are passionate about.

Did you come across any inaccurate or unfair sentences in the course of perusal? If yes, please do well to contact us or leave a message in the comment box.