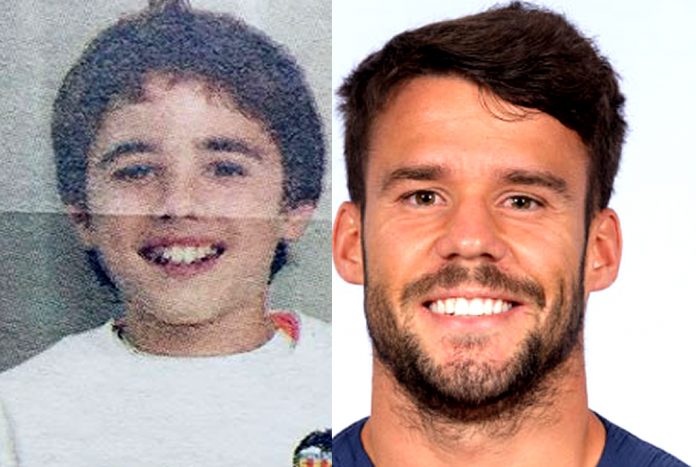 LifeBogger presents the Full Story of a Football Genius that has made his name in the beautiful game.

Our version of Juan Bernat’s Biography, including his Childhood Story, brings to you a full account of notable events from his boyhood years. We then proceed to tell you how the footballer became famous.

The analysis of the Spanish professional footballer involves his family background, life story before fame, rise to fame story, relationship and personal life.

Yes, everyone knows of his exceptional speed, dribbling, and passing skills. However, not many football fans have read an in-depth version of Juan Bernat’s Biography, which is quite interesting. Now without further ado, let’s Begin.

For Biography starters, Juan Bernat was born on the 1st day of March 1993 at Cullera in Spain. He was born to his mother, Amparo Bernat, and to his father, Alejandro Bernat.

The Spanish national of white ethnicity did not come into the world alone.

Juan Bernat was rather accompanied by a loving twin sister, Ines whom he would, years later, describe as the first person he met before birth.

The youngster joins the likes of Kalvin Phillips, Jurrien Timber and Radja Nainggolan, who also have twin siblings.

Young Bernat was raised at his birthplace in Cullera, where he grew up alongside his older brother Alejandro Jr and twin sister Ines.

Growing up in the Valencian Community of Cullera, Bernat and his older brother were football enthusiasts who loved the sport from a very tender age.

Back then, the brothers would oftentimes go enjoy football at Valencia’s CF training ground, also known as the Sports City of Paterna.

Their early presence on the training ground was not borne out of a need for random recreation but to be a part of an organized youth sporting system after their parents enrolled them at Valencia Cf when Bernat was only six years old.

At first, the football prodigy was not one to dream of becoming a professional, but as time progressed, he became immersed in the game and often visualized himself as one of the adults who practised on a farther end of the training grounds.

Valencia CF turned out to be the only club where Bernat had his entire youth career. He steadily progressed through the ranks and, by the time he was aged 18 (in 2011), made his debut with the club’s first team. 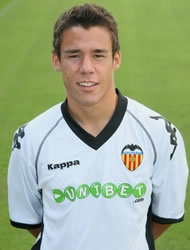 Juan Bernat at the peak of his career with Valencia CF. Credits: FM Base. Prior to that, Bernat had a good outing as a Spanish International.

He made his debut with the under-16s side of the national team in 2009 and, a year after, reached the final of the 2010 UEFA European Championship with the under-17 side.

Unavoidable media attention soon became a routine for the then shy and nervous player who one occasion, revealed the supporting words of his parents to the Spanish Press, saying:

“They tell me to always be humble, have my feet on the ground, and also work hard.”

Bernat remained with Valencia until the year 2014 when he earned a move to FC Bayern Munich. While at the German side, they valued Bernat for his versatility, which gave the then Coach, Pep Guardiola, a myriad of deployable options.

The Spaniard proved to be worthy of maintaining his left-back position for years until April in 2018, when he put up a poor performance that nearly knocked Bayern Munich out of the Champions League during its 2-1 clash with Sevilla.

Irked by the development, the president of Bayern Munich, Uli Hoeness, made up his mind to sell Bernat, explaining that the left-back proved to be an accident waiting to happen by his poor outing.

“When we played in Seville, he was solely responsible for us almost being eliminated..we decided that we would sell him because he almost cost us all the success in the Champions League,..”

It was only a matter of weeks before Bernat was sold to PSG in a €15 million (£13m/$17m) deal. Bernat joined the club on the 31st of August 2018 on a three-year deal and to date keeps proving that he is worth every pound of his transfer deal. 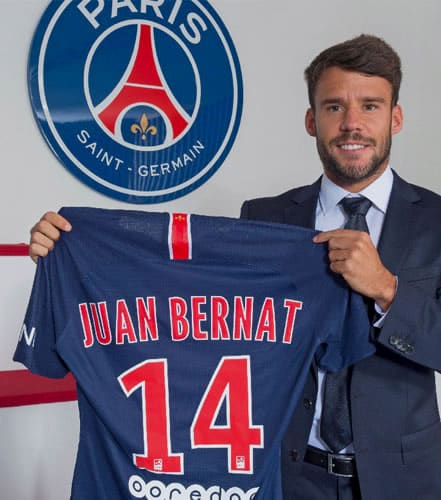 Bernat is yet to get married and has just a single record of dating history with his ex gorgeous girlfriend known as Eva Pedros.

Little is known about how the lovebirds met. They, however, got separated in 2016, a development that leaves Bernat’s current relationship status as single.

Bernat, like most successful football players, has an impressive and sport-loving family. One that has been of great support to his career.

The family, which first threw its weight behind him during his 15 years at Valencia, journeyed to support him on the day he was unveiled at FC Bayern.

They still continue to support him as he works assiduously to establish himself at PSG, a club he has only been with for not less than 5 months (so far). 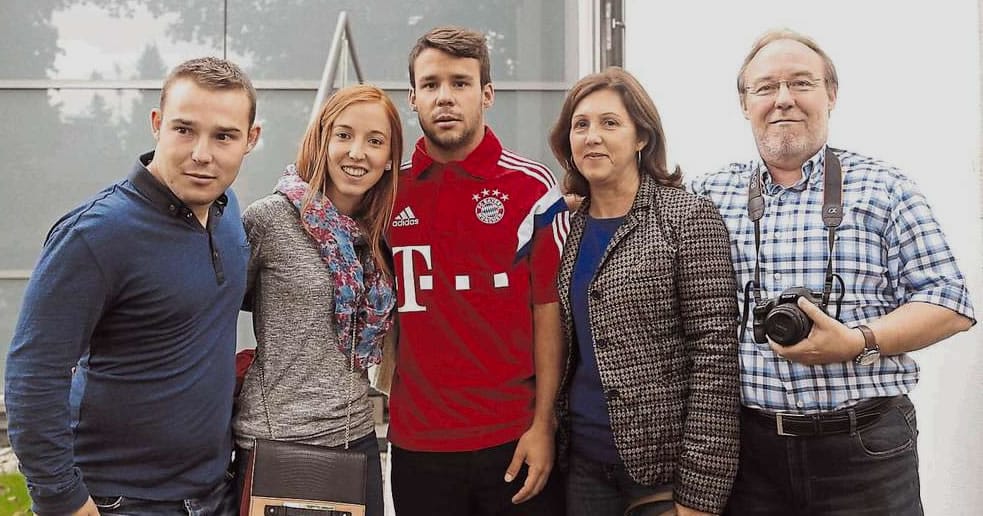 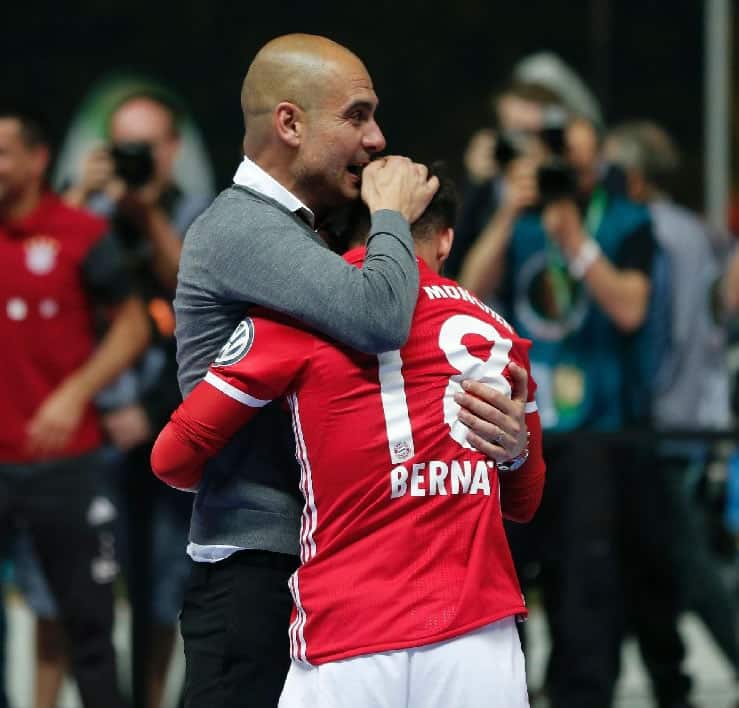 “We’ve got similar capabilities, and the comparison makes me feel a bit proud.” 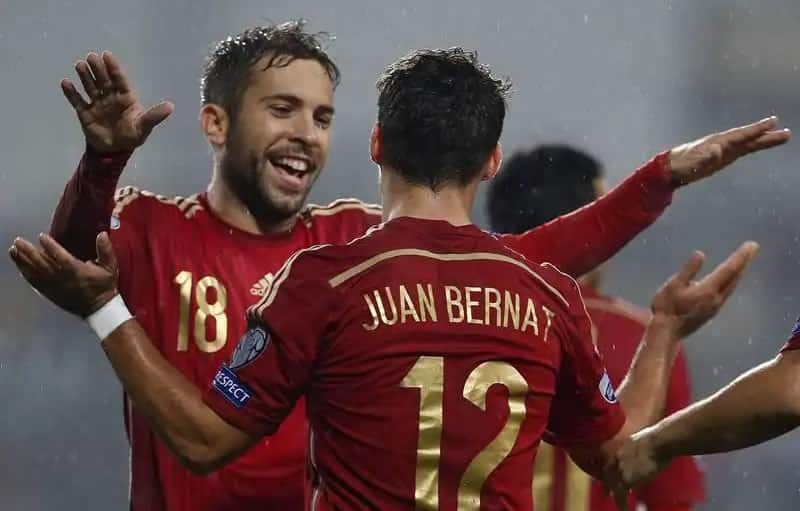 Bernat lives a model lifestyle outside the field of play that makes him come off as the perfect sportsman.

Whenever the football genius is not having a good time with friends and loved ones he can be easily predicted to be at the gym or spending quality time at some beautiful beach. 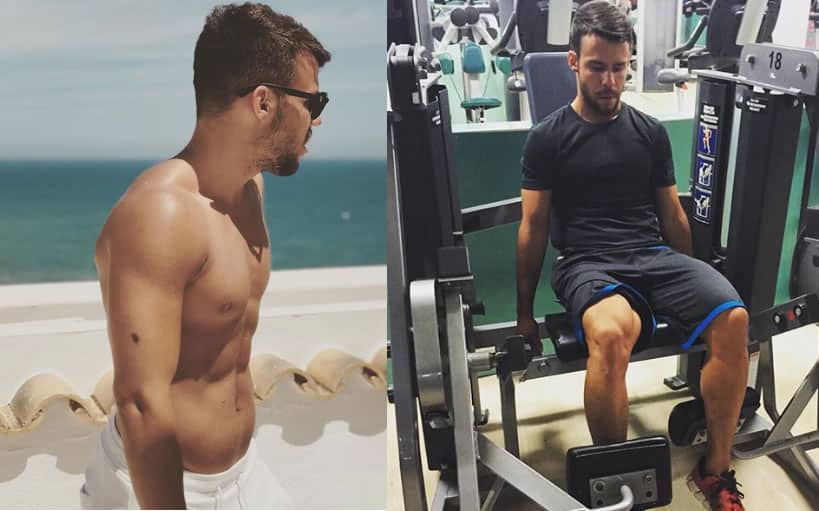 More relaxing are the activities he engages in whenever he returns home. They include playing video games and watching series (yes, he also followed Game of Thrones). 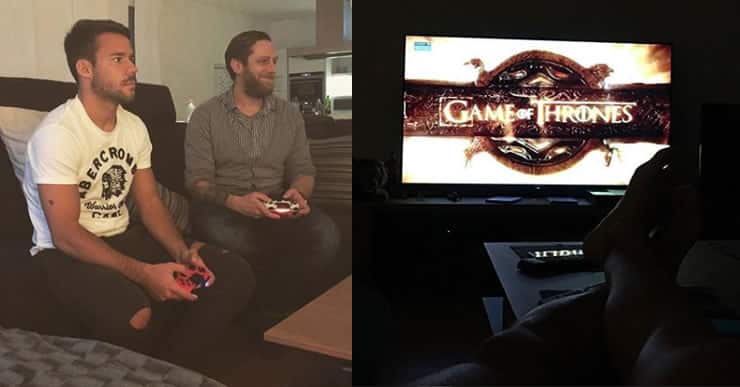 Thanks for reading our Juan Bernat Childhood Story plus Untold Biography Facts.

LifeBogger strives for accuracy and fairness in our quest to deliver Spanish Football Stories. Surely, the Life History of Paco Alcacer and Ayoze Perez will excite you.