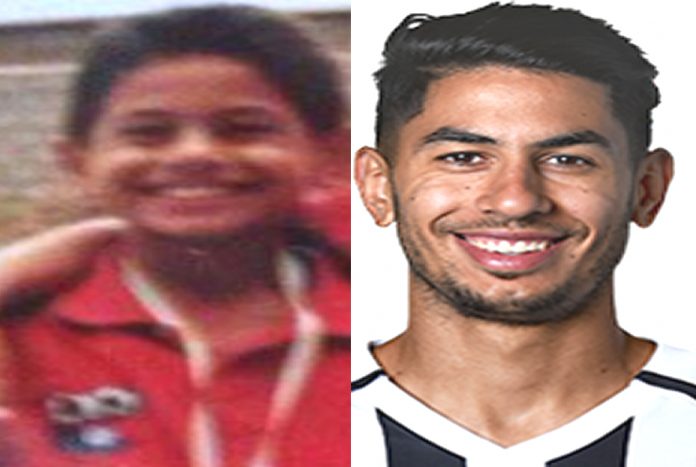 LB presents the Full Story of a Football Genius known with the name; “Ayo”. Our  Ayoze Perez Childhood Story plus Untold Biography Facts bring to you a full account of notable events from his childhood time to date.

Yes, everyone knows about his versatility in adapting to any attacking position which makes him “Mr Reliable“. However, only a hand few of football fans consider Ayoze Perez’s Biography which is quite interesting. Now without further ado, let’s begin.

Starting off, his full names are Ayoze Pérez Gutiérrez. Ayoze Perez as he often called was born on the 23 July 1993 in Santa Cruz de Tenerife, Spain. Below is a lovely photo of Ayoze Perez’s parents who are natives of Canary Islands located in the coast of north-western Africa.

Contrary to what most fans believe, Ayoze Perez’s family have their roots from a West African Island far away from Spain. Its an Island colonized by Spain and located in the Atlantic Ocean, 100 kilometers west of Morocco which is it’s the closest point.

Growing up from a middle-class family background, Ayoze spent lots of time with his big brother named Samuel or Sammy pictured below alongside his little brother and parents.

Ayoze Perez also grew up in a religious home, from a Roman Catholic branch of Christianity which is the major religion community constituting 84.9% of inhabitants in Tenerife.

During the late 1990s, the sleepy island of Tenerife would regularly be disturbed by the noise of football made by Ayoze and his big brother Sammy. While they were growing up, the pair played football together every day both on the field and inside their Family home.

Those who knew them back then would describe both boys as future stars who had a unique connection and telepathic understanding on their gameplay. Early on, both boys lived the dream of receiving soccer education through an academy. As an alternative to indoor shooting practice, Ayoze Perez’s parents decided to whisk their sons to Tenerife’s famed academy, CD San Andrés.

The passion for soccer and the need to showcase their talents saw both Ayoze and Sammy getting enrolled into the roster of their local side, CD San Andrés.

While Ayoze played as an attacking midfielder, his older brother Samuel played as a forward. Their parents agreed that both sons would play in the same team in order for them to stay together. Getting featured together in the same team competitively saw Ayoze playing against bigger players which made him mature fast.

After spending 4 years at CD San Andrés, young Ayoze got a move to UD Santa Cruz, an academy famous for projecting young players into Tenerife academy which happens to be one of the biggest soccer academies in the Island.

Ayoze’s ambition and prayers to become a senior football player with Tenerife didn’t go as a passing fancy.

The year 2011 and 2012 marked the turning point in his young career. It was the year he got promoted to Tenerife B and A respectively.

Ayoze moved up the senior ranks very quickly thanks to his impressive performance in the Segunda Division. This saw Real Madrid and Barcelona sniffing around him during the summer of 2014. Among the big clubs that scouted, it was Newcastle who really showed a desire to sign Ayoze.

Did you know?… Ayoze Perez brother who was also a footballer decided to abandon his club to follow his brother to England with the hope of fixing himself with a club there. The two brothers who left sunny Santa Cruz in northern Tenerife to realize their dreams in Newcastle.

Newcastle paid just £2 million for Ayoze which is a peanut fee in the modern game. Upon arrival at Newcastle, Ayoze moved into a flat with his brother Samuel.

Both brothers had to learn to adapt to the city, the language, the people, the culture.

Perez once said. “I didn’t have any idea about the place, where it was situated in England, anything at all. It was a surprise to see, just how nice Newcastle was. Yeah, I moved over with my brother when I first came here. As soon as I signed he took the decision to come over with me, nah, I never asked him, he just came! We have been together all the way.”

Its been great years for the brothers at Tyneside which they call home. There’ve been good moments, bad moments of football. As at the time of writing, the attacking midfielder has become high and mighty in his formidable partnership with Salomón Rondón.

Just like Alan Shearer, Ayoze will always be remembered as a Newcastle legend. The rest, as they say, is now history. 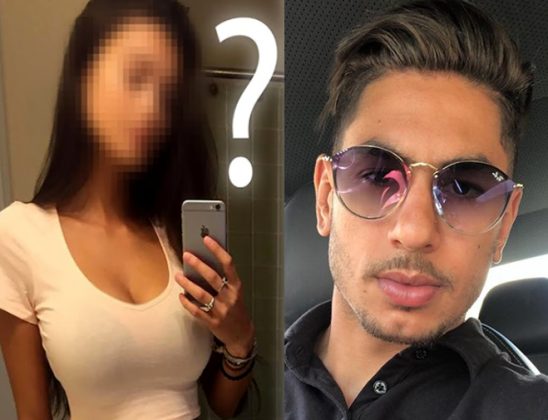 The possibly hidden romances of Ayoze Perez is one which surely escapes the scrutiny of the public eye simply because his love life is very private. Over the years, Ayoze Perez has preferred to focus on his career and has sought to avoid any spotlight on his private life. This fact makes it difficult for us to have any concrete info about his love life.

However, according to a credible report, Ayoze Perez has been with his supposedly unknown girlfriend for more than 3 years before making a proposal. According to FootallImagines;

“Ayoze Perez starts being distant with her and she thinks he’s going to break up with her, but it turns out he’s planning to propose (on the pitch after a match).” It’s assumed that they should be married by now.

Getting to know Ayoze Perez personal life away from football would make you get a complete picture of him. Starting off, Perez is passionate, generous, warm-hearted, cheerful. This makes him a darling vine to football.

Starting off, he is someone who has gotten lots of respects when it comes to social responsibility with kids.

Did You Know?… Perez is Newcastle’s foundation ambassador. Oftentimes, he turns up at schools for social participation with kids through the charisma of football.

From Tenerife to Tyneside, Ayoze Perez’s family found a home at Newcastle thanks to the success of their youngest son. Below is a video which shows a moment of monumental happiness by the Perez family as they celebrate the birthday of their most successful family member.

Judging from Ayoze’s social media account and family video above, you’ll easily realize he is much closer than his mother than father. However, Ayoze‘s devotion to making sure his parents are comfortable and content is similar to his commitment to football.

More About his Brother: Samuel Pérez Gutiérrez was born on Mar 23, 1990 which implies he is three years older than his brother Ayoze.

Big Sammy would forever be remembered as one of the most caring brothers in football. As observed earlier, he made the ultimate sacrifice of helping his brother settle and keep him company even as he tilted his career direction to suit his brother.

Did You Know?… Sammy became a non-league player upon settling in Newcastle with his brother. While Ayoze’s rapid rise since his arrival on Tyneside in June 2014 is well known, his elder brother’s journey has been far from glamorous and less-well documented.

About Ayoze Perez Relative: Not all male sons in Perez’s family are into the football business. Even the extended family. Did you Know?… Ayoze’s cousin María José Pérez as at the time of writing is a forward for Levante UD Femenino and also a member of the Spanish women’s national team.

Judging from her looks, you would easily notice the close resemblance to the Perezs.

According to TransferMarker, Ayoze Perez has a current market value 10,00 Mill €. His weekly wage of £45,000 surely makes him a millionaire footballer. This, however, doesn’t transcend to a glamorous lifestyle.
Ayoze is smart about managing his football monies. This means not spending like crazy, or changing his lifestyle. 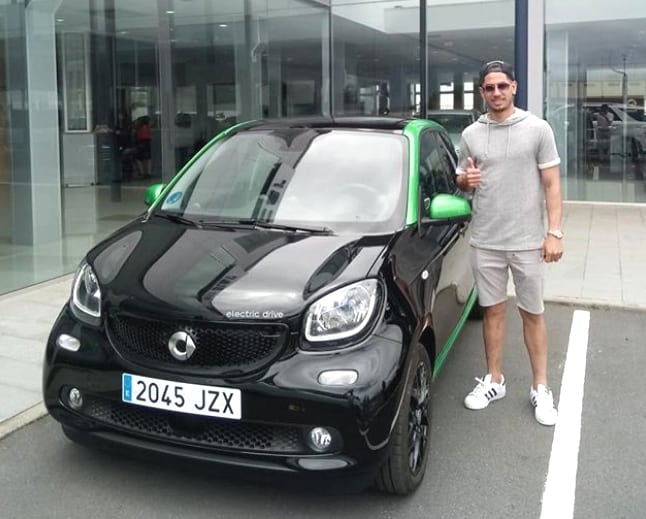 Ayoze Perez has a lookalike, a case which got fans and bloggers mistaken in thinking a certain Santiago Munez’s photo is that of Ayoze during his childhood.

Ayoze Perez was born in the 1990s which is often remembered as a decade of prosperity in the world. More so, the 1990s saw the Soviet Union fell and boy bands (Boyz II Men, Backstreet Boys and Westlife) ruled the music charts.

This decade saw the rise of the Internet (World Wide Web). Also in the 1990’s, the first SMS text message was sent, DVDs were invented, Sony PlayStation was released and Google was founded. Speaking of PlayStation, Ayoze is a FIFA addict. 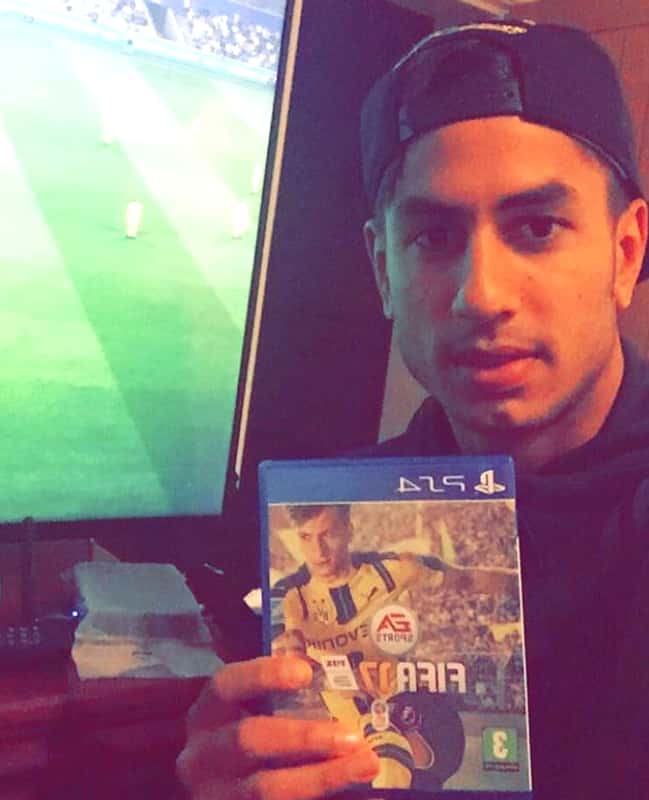 Presently as at the time of writing, Ayoze is ranked 13 in Newcastle’s all-time goal scorers. Michael Owen follows next. 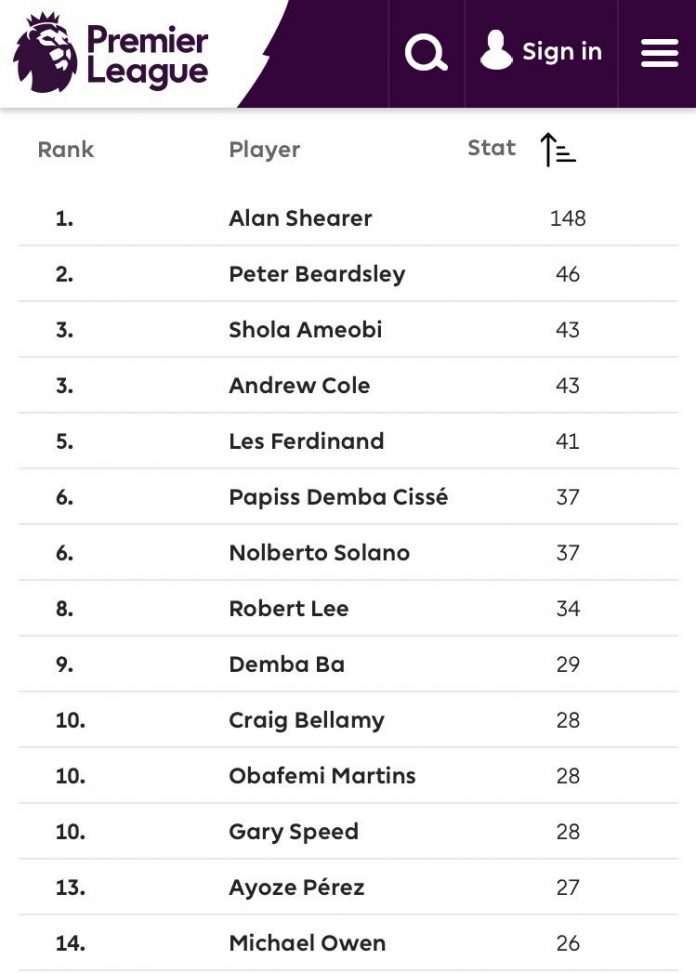 FACT CHECK: Thanks for reading our Ayoze Perez Childhood Story plus Untold Biography Facts. At LifeBogger, we strive for accuracy and fairness. If you find something that doesn’t look right, please share with us by commenting below. We’ll always value and respect your ideas.

i always want to meet ayoze
im his big fan from zimbabwe.