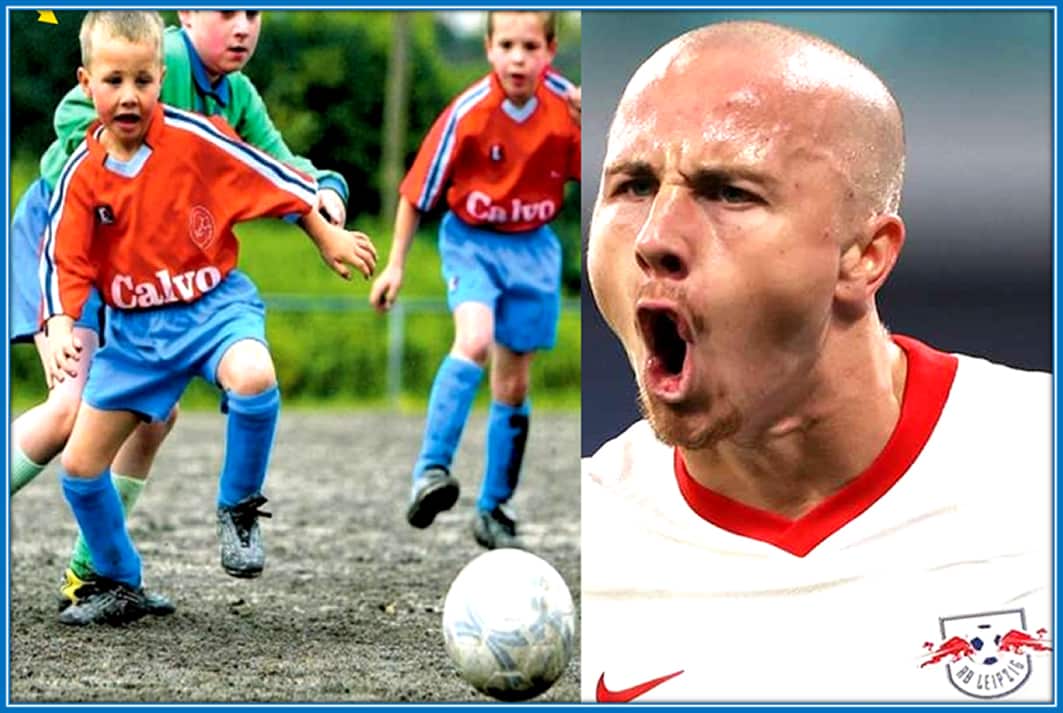 Our Biography of Angelino portray Facts about his Childhood Story, Early Life, Family, Parents, Girlfriend/Wife to be, Child, Lifestyle, Personal Life and Net Worth.

In simple terms, we present you with the Spanish footballer’s journey. Lifebogger begins from his early days, to when he became famous with RB Leipzig.

To whet your autobiography appetite, see his boyhood to adult gallery — a perfect introduction to Angelino’s Bio.

Thanks to Julian Nagelsmann, the hard worker – Angelino has since 2020 become indispensable as one of the most exciting left-backs in Europe.

However, we noticed only a few fans are acquainted with the Spaniard’s Life Story. We have it, all prepared for you. Now without further ado, let’s begin.

For Biography starters, the footballer bears the full name; Jose Angel Esmoris Tasende. More so, Angelino is only a nickname.

He was born on the 4th day of January 1997 to his mother, Soneira Tasende Anon, and an unknown father, in the municipality of Coristanco, northwestern Spain.

The diminutive Left-back is the oldest of two children born of the union between his parents. Results from research conducted have it that Angelino was raised by a single mom who seems to be in her early forties.

From what we know, Soneira Tasende Anon is beautiful and Angelino took after her resemblance.

The Technical Dribbler has a younger brother who goes by the name Dani Tasende. Back in the good old days, Angelo was a cheerful kid that cared less about the worries of life.

Rather, he had a profound love for football and enjoys spending time with his little brother, Dani Tasende. They look adorable in their childhood days, right? 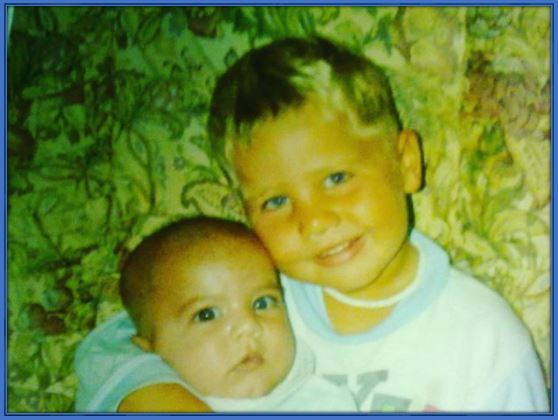 Those days in their Coristanco neighbourhood, Angelino and Dani would form a formidable tag team. Together, they defeated their peers in street soccer. Both brothers found peace in handling the ball, a feat that later became destiny.

From the onset, Soneira Tasende Anon ensured her two boys didn’t go hungry or lack focus. She was a hardworking woman with good financial education. That fact didn’t make her family struggle.

Hence, operating a middle-class home saw Soneira enrolling Angelino and Dani in a less expensive academy. Such created a good balance in terms of income and expenses.

For starters, the Spanish genius comes from the province of A Coruna in Galicia, Spain. Angelino’s hometown is surrounded by the Atlantic Ocean to the north and west.

As shown on the map, his family is among 2.4 million people that speak the Galician language. 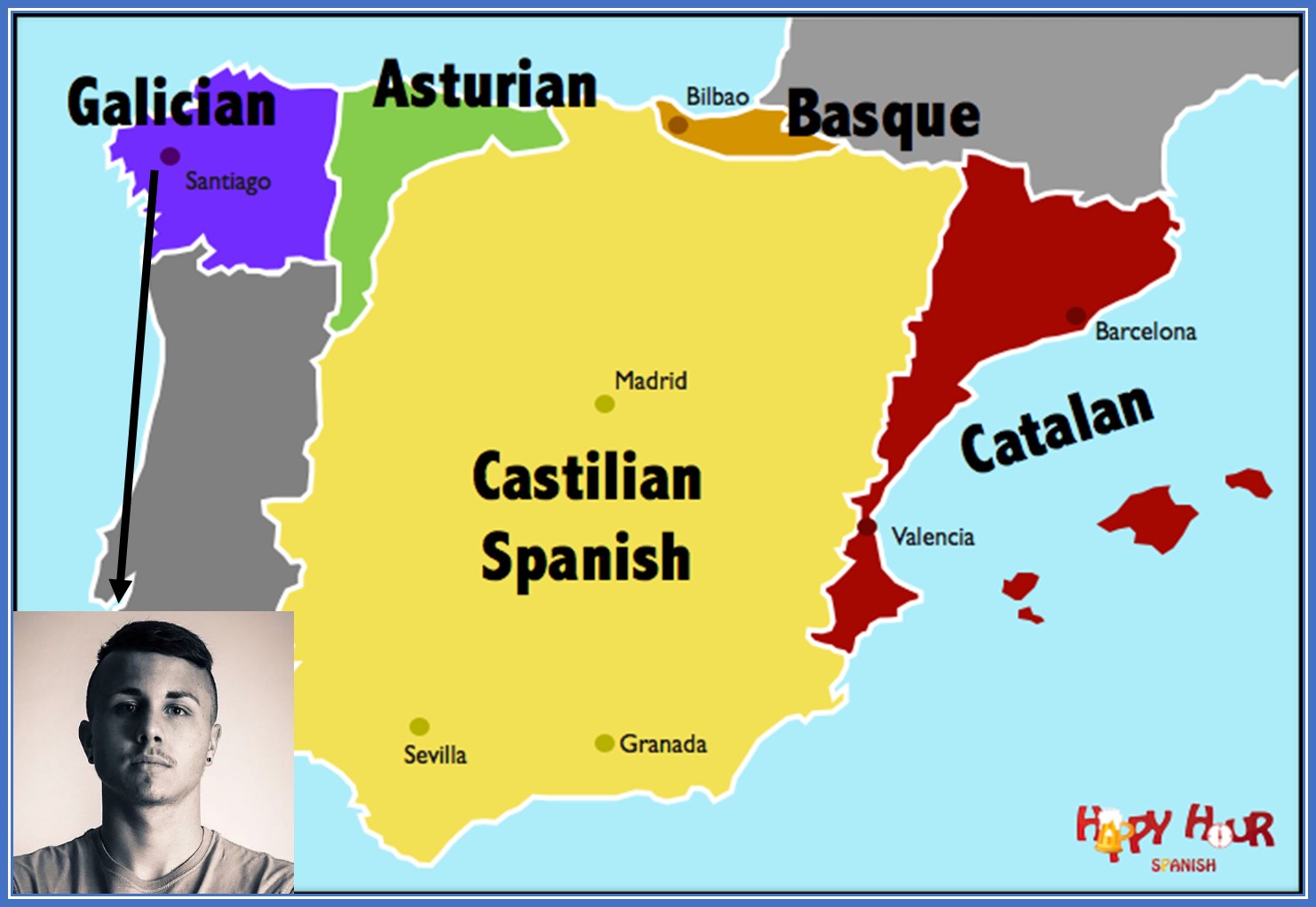 In case you didn’t know, where Angelino’s family comes from is the home to Playa de Riazor. This is one of Europe’s best urban beaches.

The Exciting ball handler started his expeditions as early as his compatriot, Pedri Gonzalez. When Angelino celebrated his 4th birthday, his parents thought about the best way to have him join an academy.

Hence, they enrol him enrol at Luis Calvo Sanz, which was less expensive. There, he spent most of his childhood learning the basic tactics in football. 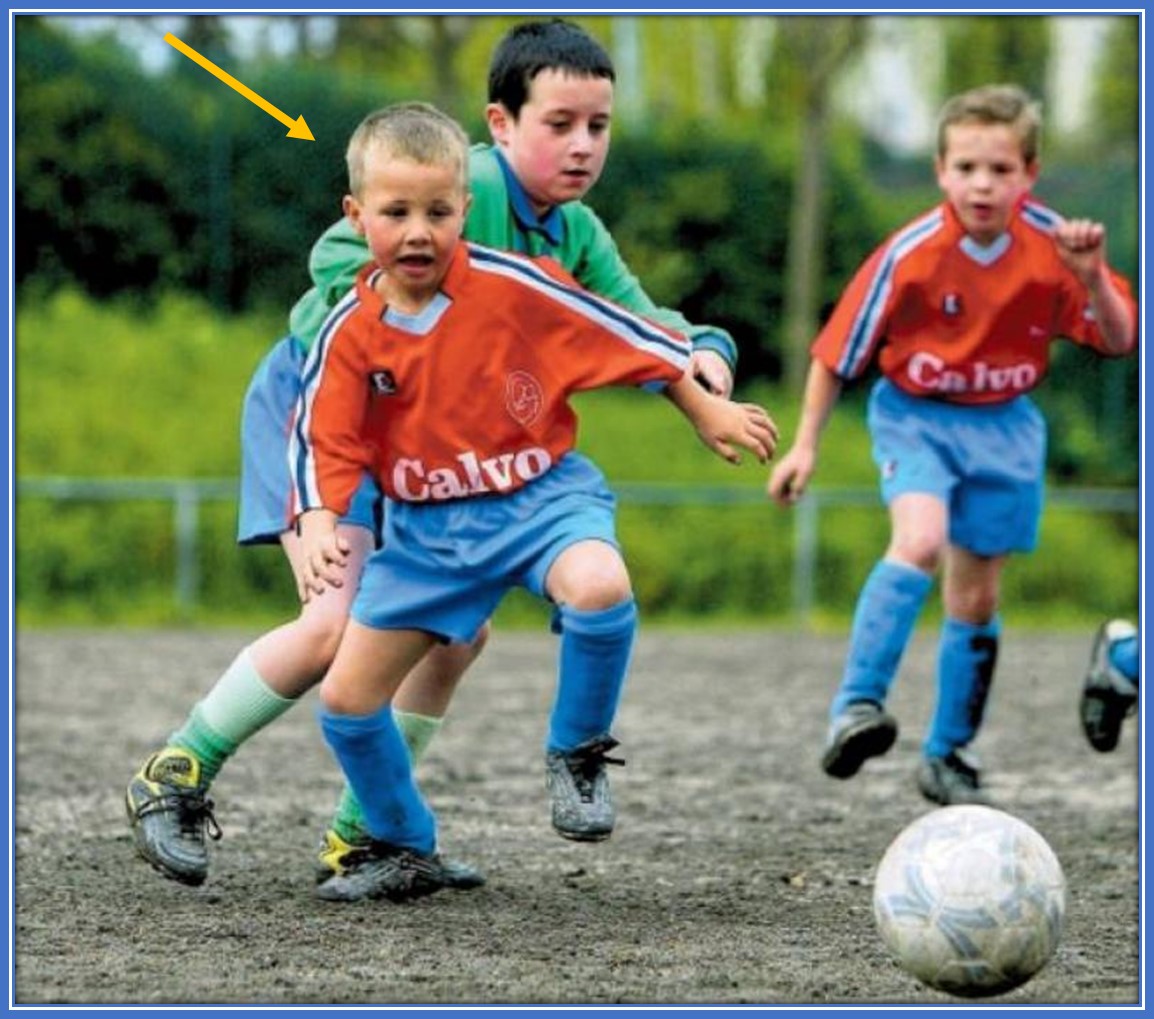 Routinely, Angelino’s mother would drop by after work to pick him up from the academy whenever his training sessions ended.

For six years, the future star continued to observe the same schedule which saw him moving up the ranks.

As Angelino advanced in age, so did his mother (Soneira Tasende Anon) consider the need of enrolling him in a more equipped academy. Without delay, she transferred him to Deportivo La Coruna after his 10th birthday in 2007.

Of course, it was not easy to get accustomed to his role in the wings. However, Angelino’s progression and advancement in skills and agility came gradually in each passing day.

Also, the presence of other young talents at his new academy made his enthusiasm for success to grow enormously.

In due time, the prolific star unleashed his inborn football prowess. This got many clubs begging for his service. After due negotiations with his parents, Manchester City ended up signing the young lad in 2012.

Sadly, Angelino did not feature for the EPL team before he was sent on many loan spells. At first, he joined New York City alongside Frank Lampard. Afterwards, he moved to Girona for a short while. 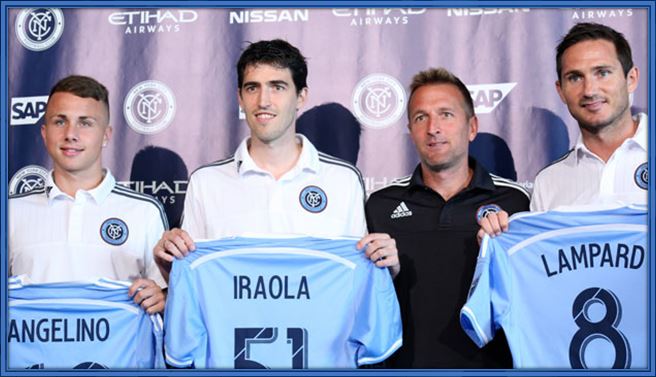 His loan spells continued as he featured briefly for Mallorca and NAC Breda. There, he started to gain traction in the soccer world.

In June 2018, the boy for the future signed a five-year contract with PSV Eindhoven. In his first year, he became the Talent of the Season.

With his defensive and offensive flair, Pep Guardiola felt the need to bring back the Spaniard to his squad. Hence, he re-signed Angelino to Man City in 2019.

Featuring with the likes of Eric Garcia made his name even more popular amongst English football lovers. 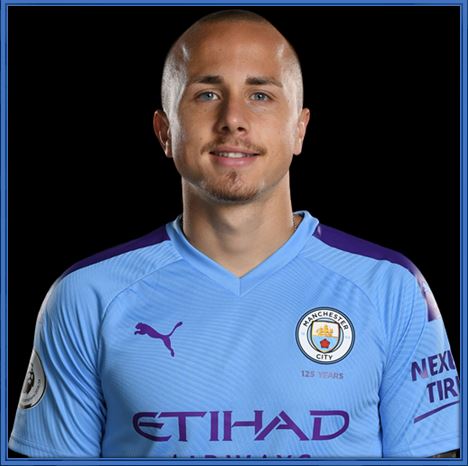 Viewed as too surplus for his side, Pep Guardiola decided to loan Angelino to RB Leipzig. Through the guidance of Julian Nagelsmann, he became exceptional on the pitch – even bigger than Pep’s expectations.

As I write this Bio, Leipzig is obliged to buy the Galician Jewel because they’ve dreamed of his continuous stay all thanks to that defensive flair. 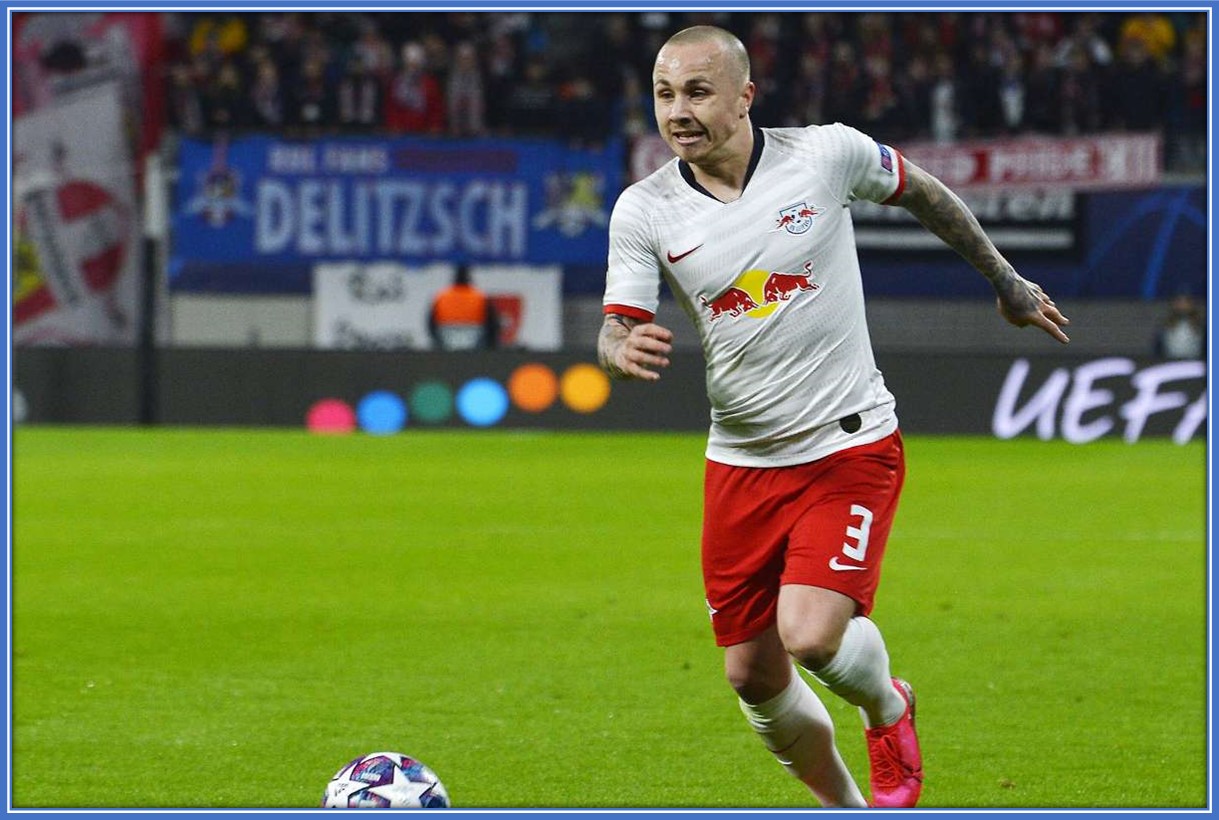 In case you are still wondering why the soccer world calls him the most offensive defender of 2020, watch the video clip below. The rest, as they say, is history.

Angelino Girlfriend and Wife to be:

As compared to his teammate Dani Olmo, the left-back has gone farther in fostering a balanced relationship life.

Since his rise to fame, Angelino has been dating his girlfriend, Rocio Galinda. She is a rare beauty who derives pleasure in taking photos with a man who regards her as a wife and future mother of his children.

What’s more?… Angelino is working towards tying the knot with his soon to be wife. Not only is he pleased with his girlfriend, his mother and brother have also given the couples their hundred Percent support.

Don’t be jealous if I tell you that Angelino plays FIFA with his prospective wife.

Even though he is not yet married to his girlfriend (Rocio), the couple has birthed a cute baby boy. Of course, life is now so beautiful for the defender as he becomes both a father and breadwinner of his family. 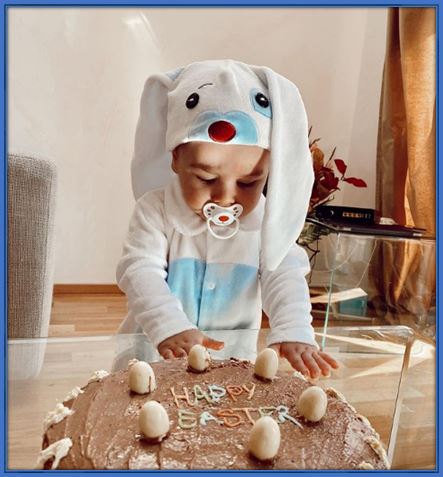 Angelino Biography – A look into his Personal Life:

What makes the little demon from Leipzig so unique away from instilling fear in defenders and attackers alike?

To begin with, his persona is a blend of the Capricorn zodiac traits. By virtue of his horoscope, Angelino has got a great sense of humour.

In the face of boredom, he comes to the rescue of his teammates by setting up an atmosphere of euphoria.

Truth be told, there is no dull moment with him. Angelino does not allow his enormous salary to entrap him in the habits of arrogance.

No doubts, his annual salary of €2.5 million (2020 Stats) can afford him a luxurious lifestyle like Javi Martinez.

However, Angelino chose to live a low-key life. We suspect that Soneira’s upbringing is one of the major reasons that has influenced his spending pattern.

Not every upcoming player is privileged to have a Net Worth of €7 Million at 23. But our left-back did it.

As I write this Bio, Angelino is on the verge of attaining a greater financial breakthrough. This is big and beyond the dreams of Spanish politicians.

Once upon a time, the journey to stardom got tough. When the Spaniard felt let down by the lack of opportunities with Man City, his entire household was on the lookout for him.

Angelino never gave in to depression because his parents, grandparents, girlfriend, and brother stood by him. Hence, we present you with concise information about every member of his family.

Soneira Tasende Anon is the proud mum of the footballer. As a single mother, she works tirelessly to raise her two sons.

Angelino’s mom is the type who ensures her sons José Ángel and Dani become homemaker like herself. To date, Angelino credits her for being the best mentor and counsellor he ever had.

With Spain having the second-highest divorce rate (60%) in the world, we suspect that Angelino’s dad broke up with his mother quite early. Perhaps that is why the technical dribbler rarely says much about his father at any point in his Bio.

Dani Tasende is the only sibling to the left-back. In case you didn’t know, he is also a professional player with a cool personality.

Dani Tasende owes his big brother for gracing his childhood with so much love and care. As I write this Bio, he has already debuted for Villarreal CF since 2016.

We can’t leave his grandparents out of the picture of his happy family life. In his leisure periods, Angelino spends some quality time with his maternal grandmother and grandfather. For sure, his uncles, aunts and close relatives are proud of his success.

To wrap up his Life Story, here are a few truths about him. These facts will help you get a complete knowledge of his Biography.

Research shows that an average Spanish citizen will have to work for 6 years to earn what the Spaniard receives in a month.

Since you started viewing Angelino‘s Bio, this is what he has earned.

Angelino considers his body as his journal, while his tattoos tell his story. Like Alvaro Morata, he loves to ink several memories on his body.

Of course, his cool tattoos would always be visible, even when he wears a jersey to do what is needed on the pitch.

When it comes to his Christian faith, Angelino does not always want to fall short of his belief. He is a Catholic and has, on several occasions shown his profound love for Jesus as he celebrates Christmas with his beloved girlfriend. 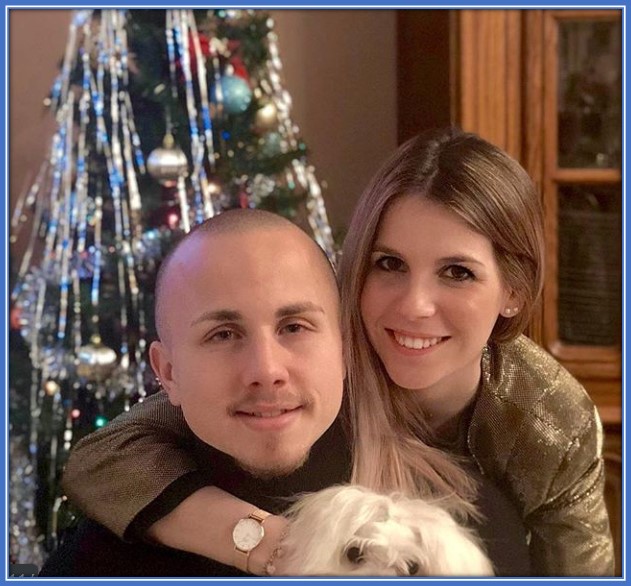 Being rated on a similar level as Ferran Torres shows that Angelino has proven himself as a world-class prodigy. His 2020 FIFA Stats shows that there is more to his potential than what we see in him at the moment. 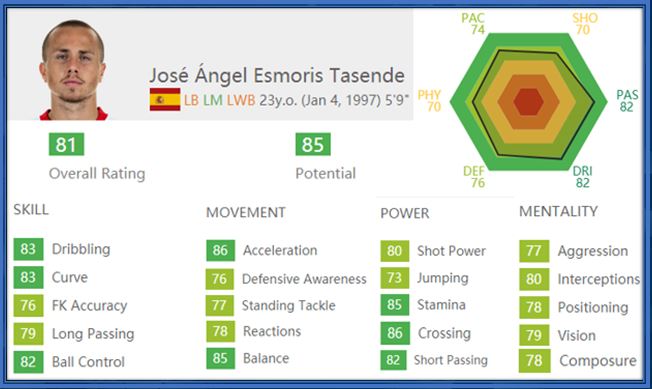 From Angelino’s Life Story, we can attest to the fact that he never gave up on his career, even when he had little playing time.

As expected, his gut to never give up ushered him into the light of fame he wanted all along. No wonder many analysts are wondering if Angelino is now the answer to Man City’s left-back woes.

Truth be told, all his achievements would have been impossible if not for the support of one family member- Soneira Tasende Anon (his mum).

Early on, she ensured both José Ángel and his brother Dani shared similar dreams. It is now a catalyst that steered up their determination for success.

Thank you for reading the Childhood Story and Biography of Angelino. Stay connected with us on similar stories of other Spanish Football Players.

Kindly notify us if you find anything that doesn’t seem right with this memoir. For quick readers, see the summary of Angelino’s Life Story our the wiki table.