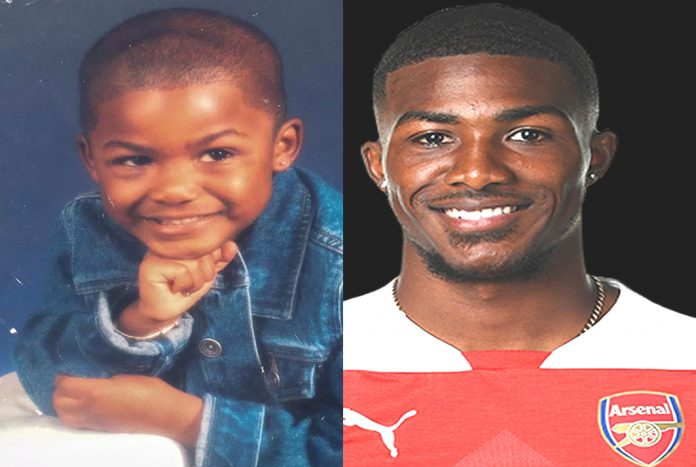 LifeBogger presents the Full Story of a Football Genius known by the name “Ainsley“.

Our Ainsley Maitland-Niles Childhood Story plus Untold Biography Facts bring to you a full account of notable events from his childhood time to date.

Yes, everyone knows he is a player for the future. However, only a few consider Ainsley Maitland-Niles Biography, which is quite interesting. Now without further ado, let’s Begin.

For Biography starters, he bears the full names – Ainsley Cory Maitland-Niles. He was born on the 29th day of August 1997 to his mother, Jule Niles, and his father Maitland-Niles in the town of Goodmayes, Ilford, United Kingdom.

Ainsley was born into a black British family whose origin can be traced from either Africa or the Caribbean.

Little is known about his Ainsley Maitland-Niles father. It is unclear whether he is late or if he (like the Dad of Plata, Timber, Theo and Lucas) actually walked out of his family while he was young. What is clear is that media reports have indicated that Jule Niles raised her sons as a single mother.

“There were times their dad would help out like playing with the kids. There were also times he wasn’t helping out in the right ways- like providing food.

Obviously, you can’t eat a pair of football boots”, said Jule Niles in an interview with ViralRealLife.

Ainsley Maitland-Niles grew up with his older brother named Cordi Fletcher. The two look-alike brothers are so close to one another and currently live together in the apartment as at the time of writing.

Early on, playing football became a golden tree for Ainsley, a sport where he found shade away from the troubling realities of being raised by a single mother.

While young Ainsley took to football, his elder brother Cordi chose to become a charity worker. Jule Niles saw her youngest son could do a lot with the ball and decided she would take him to attend trials with Arsenal’s academy.

Ainsley Maitland-Niles’s passion for soccer saw him passing Arsenal trials and subsequently enrolling into the academy.

Below is a photo of a very happy Ainsley signing his first childhood contract with Arsenal at the age of six. 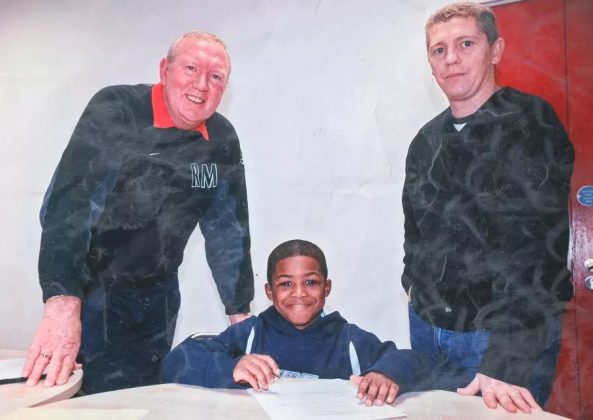 Life in Arsenal’s academy wasn’t fun, one in which Ainsley Maitland-Niles had to make a lot of sacrifices as he dedicated his whole time to the club.

Having a steely determination to make his career dreams become a reality, saw Ainsley progressing through the academy’s age ranks.

According to Jule his mum, the Arsenal youth coach testified that her son was the best among his age group and one of the best he had seen.

Precisely in the month of March 2015, Ainsley Maitland-Niles mother Jule had a bust-up with Arsenal’s chief negotiator, Dick Law during a meeting to discuss her son’s future with the club. 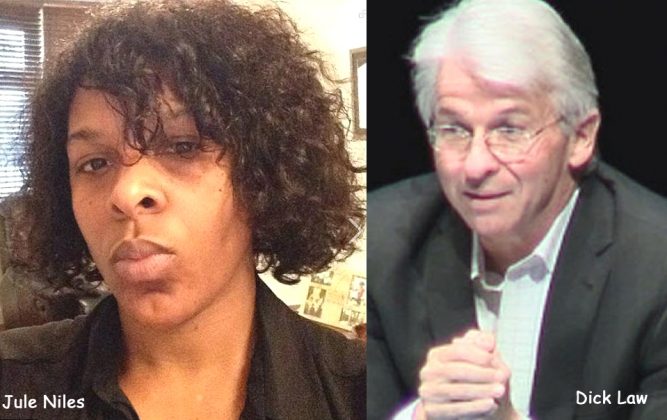 She was accused of turning violent, an act that got her arrested and later released. After her release, Jule didn’t let it end there as she started another protest.

All her sacrifices appeared to have paid off in December 2014 when her son finally signed a professional contract with Arsenal. 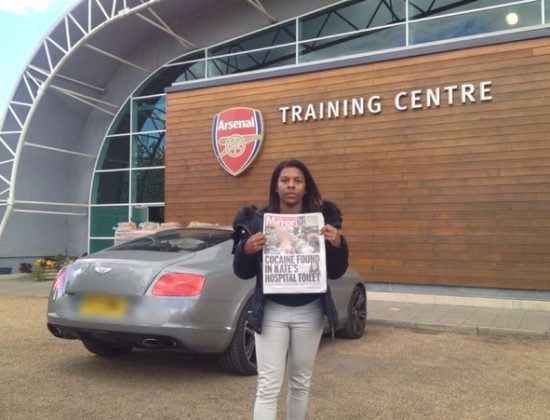 On 9 December 2014, Maitland-Niles made his professional debut at the age of 17 years and 102 days in a UEFA Champions League match against Galatasaray.

In doing so, he became the second-youngest player ever to represent Arsenal in the Champions League, behind Jack Wilshere.

Maitland-Niles after his champions league and premier league debut paid tribute to God and his mum. In an interview on Arsenal’s website.

He once said: “I want to thank my family and God mostly for putting me here.” Asked what he would do with his match shirt, he said: “I think I’ll frame it and give it to my mum.”

Ainsley Maitland-Niles got the fame he deserved when he represented England – together with his teammates namely; Kyle Walker-Peters, Jadon Sancho, and Dominic Solanke won the U20 youth World Cup. 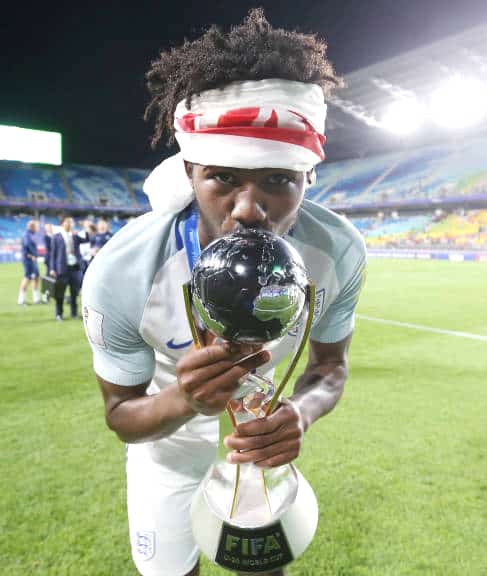 The Gunners’ later coach Unai Emery also showed confidence and trust in the young English player by including him among the starters in his first squad. The rest, as they say, is history.

Who is Ainsley Maitland-Niles Girlfriend? 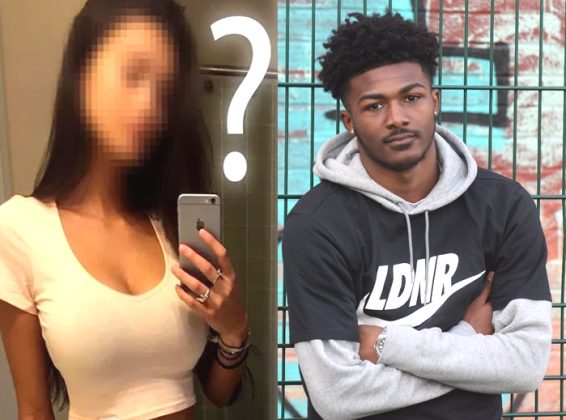 The possibly hidden romances of Maitland-Niles is one that escapes the scrutiny of the public eye simply because his love life is very private and possibly drama-free.

Truth is, Maitland-Niles as at the time of writing still decides he won’t make public any information on his relationship life. This fact makes it difficult for writers to get facts about his love life and dating history.

Ainsley Maitland-Niles family is famously known for the feud between Maitland-Niles’ mum, Arsenal, Ipswich management, and his personal decision to separate himself from her. 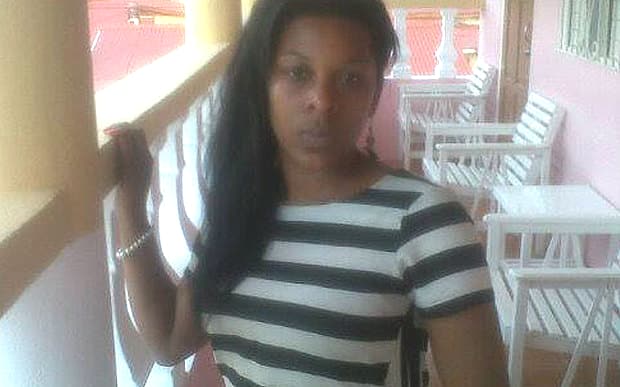 Ainsley’s mum Jule Niles is being regarded as someone who has taken the wrong step in her quest to become over-protective of her son. Due to her influence over her son’s career, she became her son’s agent early on.

Did you know?…  Jule’s inability to comport herself in managing her son’s career became the biggest between herself and her son.

Asides from the other issues mentioned recently, the height of her troubles came when she was accused of leaving an X-rated voicemail to Ipswich manager Mick McCarthy’s phone after he refused to let her teenage son attend an England kit launch. 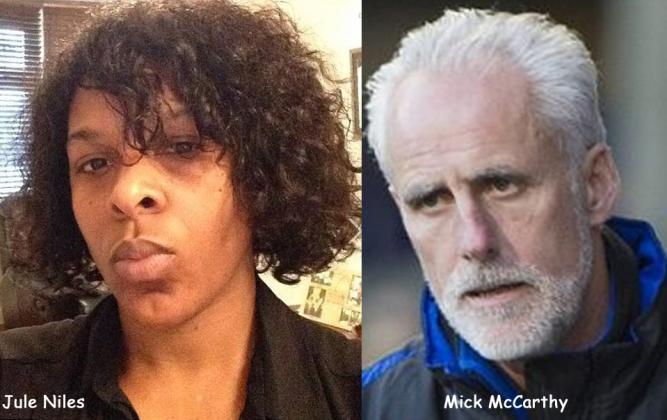 This incident happened when her son was on a loan with Ipswich Town just before he made his Arsenal debut.

After Maitland-Niles returned from loan to kick-start his career at Arsenal, he paid his rent so he, his mum Jule and older brother Cordi could live in a three-bedroom home near Arsenal’s training centre in Hertfordshire. 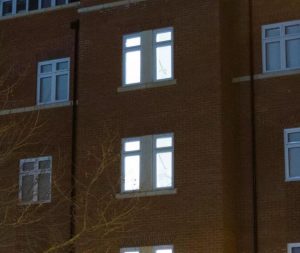 According to Jule, her relationship with Maitland-Niles deteriorated when she went on a break to Australia, which was paid for by him.

While away, the management of the home he rented gave him a quit notice due to issues of his mum with football authorities.

Upon coming back from Australia, Jules noticed a certain change, and days later her sons had moved out of the apartment with their belongings.

Jule further said her son gave her a lift home, gave her monies to rent her flat, and told her, “Mum, I just want to live my life.”

While Maitland-Niles rented and shared a luxury £700,000 apartment with brother Cordi, his mum went on and started sleeping in a freezing 10ft square metal storage crate and accusing her son that he refuses to help her get a flat, adding:

“The money’s gone to his head.” Below is a photo of Jule living in her metal storage box.

Speaking about the issue, she once said…

“It’s a metal container with no windows or carpet. There are no toilet or washing facilities.

My son plays for Arsenal and I am homeless and in a storage unit. It’s not a home.

I know what home feels like, to be able to shower, brush your teeth and sit in your room. My son Ainsley could buy me a flat with his two weeks’ wages.” 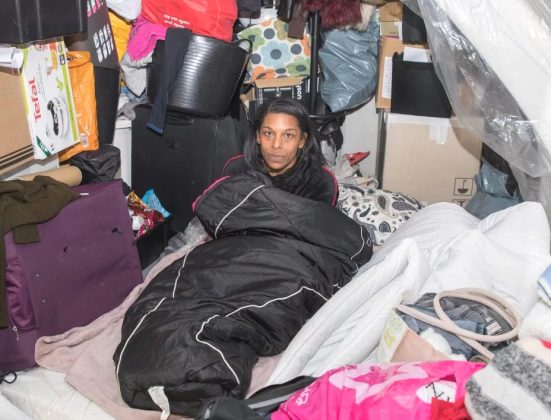 Jules said in a bid to attract the press which accepted to interview her to get the account of her story version.

Contrary to the allegation statements made by Jule Niles, a source of Ainsley confirmed that he had no knowledge of his mother’s predicament and that he always gave her money and will continue to do so.

Getting to know Ainsley Maitland-Niles’s personal life would help you get a complete picture of him. Starting off, he is someone who loves to pay attention to the smallest details whether on the pitch or off-pitch.

As observed from his “spin the wheel challenge” with Rob Holding, Maitland-Niles has a very calm personality and a deep sense of logical reasoning.

Maitland-Niles has a methodical approach to life which ensures that nothing is left to chance.

Although there is a part of him that has a limit he can withstand pressure. This, as observed, was in the case between him and his mum.

FACT CHECK: Thanks for reading our Ainsley Maitland-Niles Childhood Story plus Untold Biography Facts. At LifeBogger, we strive for accuracy and fairness.

I knew them personally and yes, she did work. I understand and support his decision to separate physically from his mother. He cares for his mother from afar. She has serious mental issues which became more apparent as he got older and you can’t force someone to have treatment. The boys are better off without her in their lives, it’s sad to say. His whole family is toxic and he’s better off without any of them, except his brother, in his life!! I’m not speaking of what I’ve read, I knew them personally but lost touch with them when I… Read more »

I must say, her mom kinda toxic. To Frank, if you read from start, you know her mom had a really negative lifestyle and behaviour. Its not about the money, but i think this two lads had to make that decision to help her comeback to the real path and bein a better mom but in the end, she stay toxic to go to the press.

In answer to Frank. She admits he’s given her money. She’s unreliable with money and goes off on jaunts but has she ever worked? Your children are not there for hand outs. It appears that both boys have given up on her. She interferes in his career and as an adult that is intolerable. He keeps it private, good for him.

So sad I feel for his poor mum.Been dumped by your child must be a nightmare for her.Why?