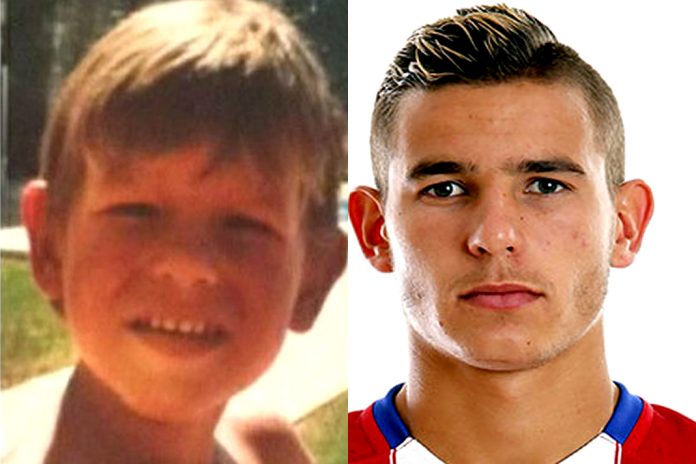 LifeBogger presents the Full Story of a Football Genius, who is famous for being one of the Hernandez Brothers.

Lifebogger’s version of Lucas Hernandez’s Childhood Story, including his Untold Biography, brings to you a full account of notable events from his boyhood days. We’ll then proceed to tell you how Lucas became successful.

The analysis of the French professional footballer involves his life story before fame. His family background, relationship life. Also, many other OFF-Pitch facts (little known) about him.

Yes, everyone knows he played a vital role in the 2018 FIFA World Cup for France. However, only a few consider Lucas Hernandez’s Biography, which is quite interesting. Now without further ado, let’s Begin.

For Biography starters, his full names are Lucas François Bernard Hernández. Lucas was born on Saint Valentine’s day, the 14th of February 1996 in Marseille, France.

He was born to his mother; Py Laurence and his father, Jean-François Hernández. Both of Lucas Hernandez’s parents are pictured here.

Lucas comes from a football family background. And grew up with his little brother Theo Hernandez. Pictured below are Theo and Lucas. Lucas is two years Theo’s junior.

Lucas, together with his brother, started their lives in Marseille, France. The family once lived there because of their dad. At that time, Jean-François Hernández played his football at Olympique de Marseille.

Having found France a more suitable country to stay in and not wanting to relocate, both boys remained with their mum in the country while their dad left for Spain as he got transferred to the Spanish club, Compostela.

When Lucas was age 4, he, together with Theo and their mum, relocated to Spain to join their father, who at that time, was playing his final football years with Atletico Madrid. 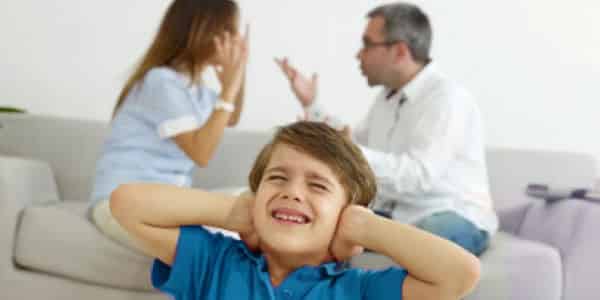 Settling in Spain was difficult for Lucas. Then, poor Lucas found himself psychologically depressed. He was depressed because of his parents’ constant marital crisis.

Trouble in the Hernandez household came due to the effect of distance in the marriage.

Shockingly, one day, Lucas Hernandez’s dad, Jef, as he was known by his friends, packed his bags and took the plunge to start a new life elsewhere, thousands of kilometres from Madrid. Painfully, he left everything behind, including his sons.

Observing his parents getting separated was indeed a difficult moment for Lucas. Ideally, any child who has lived through a parental break-up will know only too well the deep emotional pain it can cause.

For Lucas and Theo, parental separation had a damaging psychological effect on them, a development that affected them to their adulthood.

Emptiness ended when there was football on their feet, thus making them (Lucas and Theo) find shade and solace away from their troubled reality of parental separation.

The absence of the boys’ footballing father did not hinder them from becoming footballers themselves.

Theo, the younger one of the two, was the first to attract the attention of the Atlético de Madrid scouts and was asked to go for a trial which he passed with flying colours.

Lucas (the subject matter of this article) also got his chance at football at the age of 11 (pictured below).

Lucas started his academy football with Rayo Majadahonda, a Spanish football team based in Majadahonda, in the autonomous community of Madrid.

His idea to play for the team caused discomfort to his mother, who insisted that her two sons must stay together. Py Laurence was not willing to allow another split in the family, so in the end, both lads ended up going to Atlético Madrid.

Seeing both of her boys playing for Atletico Madrid brought happiness to their mum and the Hernández household.

Things began to look rosier and rosier as the two brothers progressed through the youth ranks and eventually made it into the top flight. 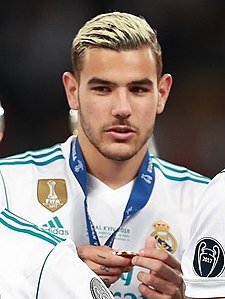 Theo’s move to Real Madrid did bring any concern to his mum because she saw her boys as being mature to take care of themselves even at a distance separating them. This time, the single mum was proud of her boys as they played for Madrid’s biggest clubs.

While his little brother went to Real Madrid, Lucas decided to work hard to cement his place with the Atletico Madrid defence side, which went well as he understudied and displaced Filipe Luis.

Being comfortable with the ball at his feet, aggressive, and fantastic in the air, Lucas got the attention of French coach Didier Deschamps, who not only called Lucas to the French Senior team but included him in the French 2018 World Cup list.

Football fans were shocked to see Lucas becoming a permanent starter for France and a vital member of the team’s success at the 2018 FIFA World Cup tournament. The rest, as they say, is now history.

Behind every great man, there’s a great woman, or so the saying goes. And behind almost every French footballer, there’s a glamorous wife or girlfriend. 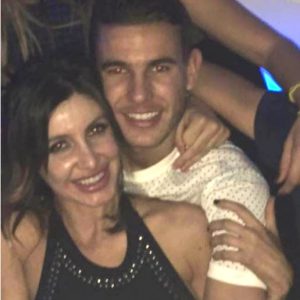 As at the time of writing this piece, Lucas is married to Amelia Ossa Llorente, who described her first encounter with the footballer in the following words;

“I met Lucas in Madrid and it was love at first sight.

While getting to know him, I learned after two months that he was a footballer.

and I wanted to give up because I felt a footballer has a busy life and has many admirers.

I later followed my heart and went on with the relationship”.

Before their marriage, Lucas and Amelia Ossa Llorente were once involved in an incident that ended up with them both appearing in court. 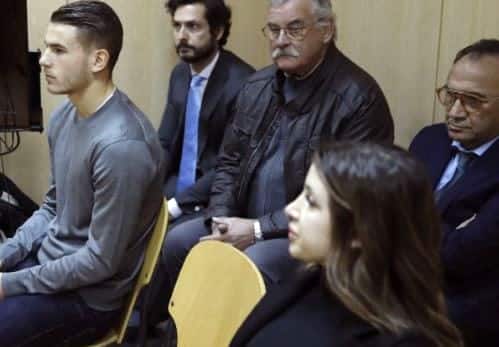 On the 3rd of February 2017 at about 2:30 am, Lucas was arrested by Spanish police on suspicion of assaulting his girlfriend, of which both exchanged blows and got injured in the clash.

Amelia filed a court case against her man. Before appearing in court, Lucas and Amelia Ossa Llorente were both treated at the scene for injuries sustained while they fought.

The judge imposed a restraining order on both of them, plus 31 days of community service. It was an ugly episode that was covered by the press. 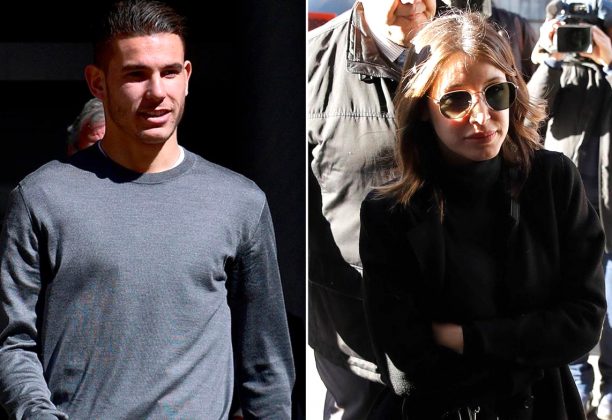 The incident dominated Diego Simeone‘s news conference, which placed a negative image to the cub.

“In reality, I have no official information about what happened,”

“So I cannot comment on something I do not know about.

We have read things, and heard things, information which is not official has been circulating.

That is the situation we are in. I cannot say any more.”

Violence against women is a very serious issue that must be taken very seriously in Spain. The restraining order given to Lucas Hernandez came with a warning of a possible 1-year prison sentence if a violation exists.

Ideally, both Lucas and Amelia Ossa were ordered by the Spanish court to stay at least 500meters from each other within a period of 6 months.

This came after both were sentenced to 31 days of community service. Shockingly, both sides violated the court order as they were caught in several love up sessions. 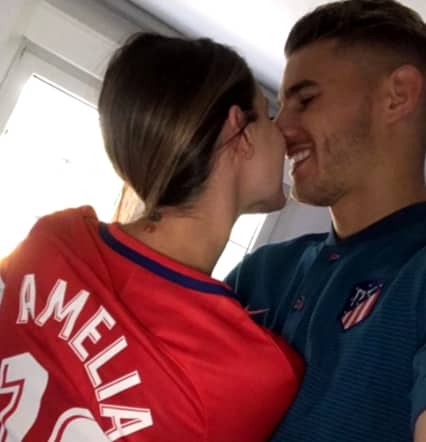 Later that same year in June, the couple were arrested together, looking all loved up at Madrid airport returning from a holiday.

This time around, the court had to make a decision. Hernandez was arrested, and he spent a few hours in prison. 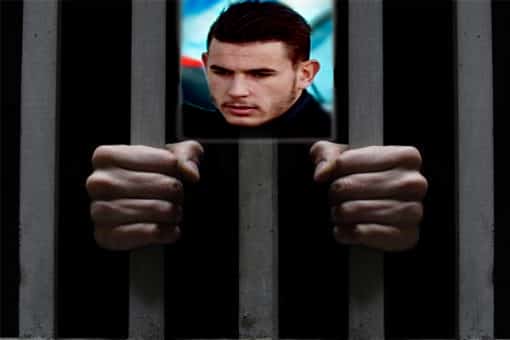 While he was in prison, his girlfriend wasn’t arrested because her court order had not been formally served.

Despite being forbidden from coming within 500 metres of each other and even violating the court order, the pair decided to travel out of Spain to get married in Las Vegas.

According to a Madrid public prosecutor, Lucas could face a one-year prison sentence for failing to comply with an order to keep away from his girlfriend.

Fortunately for Lucas, he was relieved from his charges as a section of Spanish law favoured him.

According to Spanish law, if the accused has no criminal record, sentences of less than two years are usually suspended.

Lucas Hernandez became a free man and lived happily ever after with his new wife. They both travelled to the Bahamas to celebrate their honeymoon.

Noticing him in the French national team by answering the name “Lucas Hernandez” does not appeal to someone who comes from France.

Thus, the popular question is; What is Lucas Hernandez’s country of origin? The Lucas Hernandez family is of Spanish descent. He is Spanish through his father, Jean-François.

Lucas Hernandez’s father is a former footballer who played for Atletico Madrid and retired in 2002. 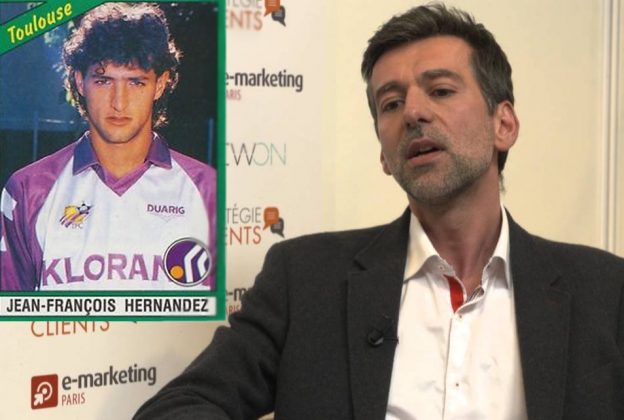 Theo Hernandez has also had his share of relationship issues. Which makes the Hernández family once again be in the eye of the storm.

In the script for the latest episode, Theo (pictured below) was accused of sexually assaulting his girlfriend in Marbella, Spain.

This happened just a few months after his elder brother, Lucas, was involved in an incident with his former girlfriend and wife.

FACT CHECK: Thanks for reading our Lucas Hernandez Childhood Story Plus Untold Biography Facts. At LifeBogger, we strive for accuracy and fairness. If you see something that doesn’t look right in this article, please place your comment or contact us!.