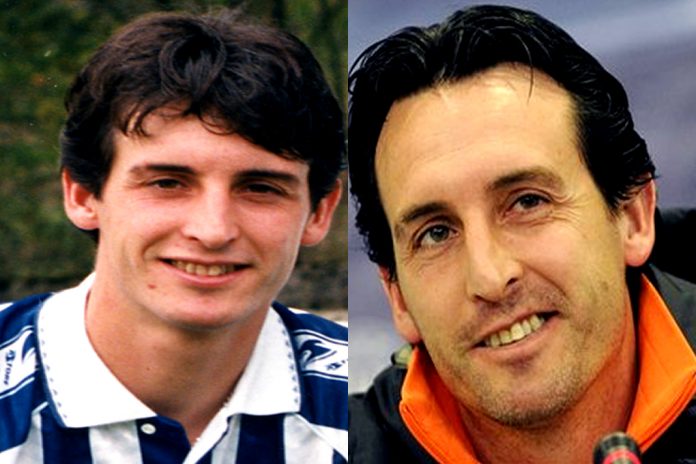 LifeBogger presents the Full Story of a Football Manager best known by the nickname “Traffic Warden“.

The Childhood Biography of Unai Emery brings you a full account of notable events from his childhood time to date.

Yes, everyone knows about his managerial history with Sevilla and PSG. However, only a few consider Unai Emery’s Biography which is quite interesting. Now without further ado, let’s Begin.

Unai was born into a strong football family background. His father and grandfather, named Juan and Antonio respectively, were also footballers, both goalkeepers. Even his uncle named Roman, played as a midfielder.

Having known that he had a family background of football mentors, his ambitions of becoming a footballer himself never became a passing fancy.

Despite his footballing quest, He believed finishing high school should come first. While at high school, Unai Emery got several opportunities to passionately play competitive soccer, especially during sports periods.

Asides from having a football family background, his motivation to succeed despite his late-career start came after watching Diego Maradona single-handedly leading his Argentine team to World Cup Victory. 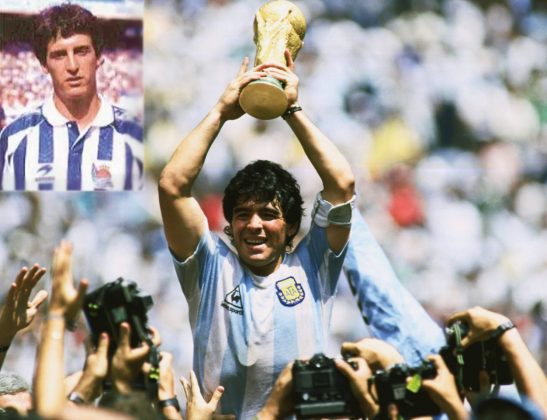 Unai Emery, through determination, had a meteoric rise above all youth footballing ranks during his early career days – which unlike many youths, ended only after 4 years it started.

He spent the rest of his career in Spain’s second division clubs (Racing Ferrol, Leganos and Lorca Deportiva CF) before tragedy struck.

At the age of 32, Unai Emery was struck by a devastating knee injury which saw an abrupt and painful end to his illustrious career.

After injuring his knee and being forced into retirement as a player, he was offered the manager’s role at his final club Lorca Deportivo which saw the beginning of his managerial success. The rest, as they say, is now history.

Unai Emery’s managerial abilities and potential, as well as his lifestyle off the pitch, build up a complete picture of him.

Unai Emery is married to Louisa Fernandez, who was born in Malaga. According to Spanish sources, Louisa met her husband in Madrid at a restaurant she once worked.

At that moment they met, Unai was enjoying a quiet dinner with some friends who also knew Luisa.

These friends helped him do the connecting on beautiful Lousia whom Unai Emery admired from a distance. They ended up introducing Unai to Lousia and their love, which has lasted to this date, kicked off.

The marriage for the lovebirds finally came in 1998. Unai with his lovely wife is proud parents of a son named Lander Emery Fernandez (pictured below with his mum and dad) who was born on the 29th day of March 2003, in Madrid. 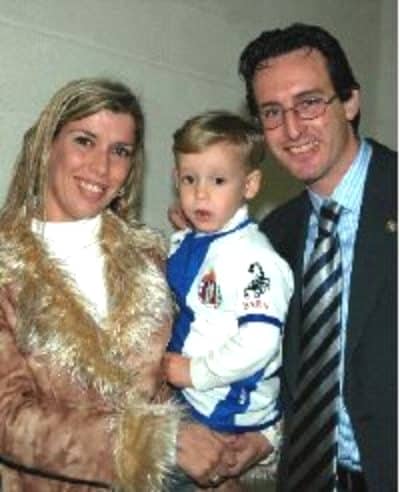 Football is indeed a golden tree for the Unai Emery Family. As we write, there exists a fourth generation of footballing success in his household.

His son named Lander Emery Fernandez, chooses to become a goalkeeper just like his grand and great-granddad. He plays for Valencia as at the time of writing.

In his spare time, Unai enjoys a mix between squash and tennis. While as manager of Sevilla, he was widely known for taking his Sevilla players for a set or two which helps them relax during football breaks.

While in Spain, Unai’s constant gesturing on the sidelines earned him the nickname ‘Guardia Urbano’ (Traffic Warden). 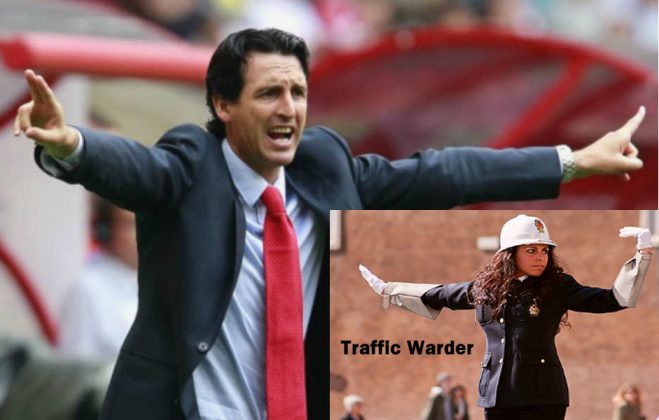 As seen from the picture below, Unai is also a snappy and stylish dresser. He is accustomed to sporting bright-red elbow patches on his suit jackets. 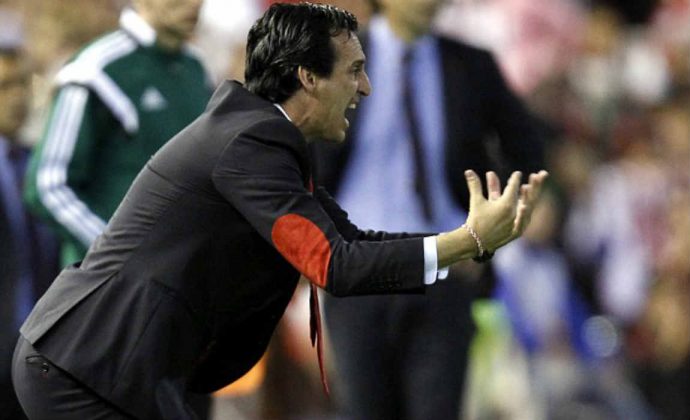 His red styled suit was worn mostly during his Sevilla match days. Although, it seems Unai Emery has ditched those styles of cloth lately, probably due to constant media attention which finds a way of mixing with his professional focus.

Emery is truly a workaholic who could spend lots of hours studying videos of opponents before he goes into the field against them. 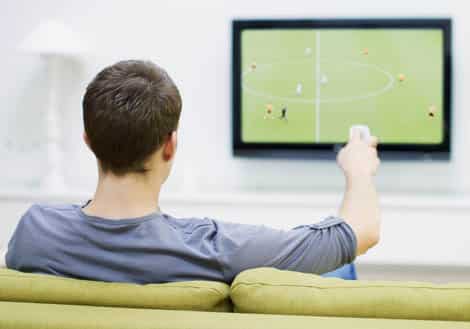 Former Spain winger Joaquin once described him in the following words;

“Unai is so obsessed with football. It’s practically an illness. He’s one of the best managers I’ve had. I worked with him for three years. Emery once put so many videos I ran out of Popcorn when I came visiting!”

Asides from watching opponents’ videos himself, Unai also insists it is necessary for his players to watch videos of their opponents.

During his Valencia reign, the Spaniard once gave a player he suspected of not looking at his clips an empty pen-drive (flash drive) to guarantee he would transfer his videos to his laptop and watch all he had missed out on. In his words;

“For every game, I might spend 12 hours just on opponent’s video,”

As some media outlets have called him, Unai Emery is a Social Media Animal. He has an official website [www.unai-emery.com] where he regularly updates with blog posts and tactical notes, which denote general musings on his football life.

Again, Unai Emery loves to make his website interactive. He has several blog posts in which he is fond of inviting fans to guess his starting XI with amazing prizes for guessing correctly.

At LifeBogger, we strive for accuracy and fairness in our quest to deliver you managerial soccer stories. If you see something that doesn’t look right in this article, please place your comment or contact us!