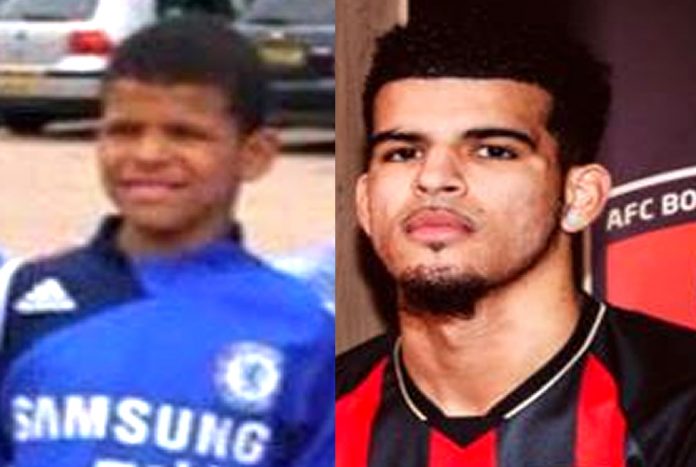 LifeBogger presents the Full Story of a Football Genius who is best known by the nickname “xGoalanke“.

Our Dominic Solanke Childhood Story plus Untold Biography Facts bring to you a full account of notable events from his childhood time to date.

Yes, everyone knows about his continued quest to be a first-team player for Premier League clubs.

However, only a few consider Dominic Solanke’s Biography, which is quite interesting. Now without further ado, let’s Begin.

For Biography starters, Dominic Ayodele Solanke-Mitchell was born on the 14th day of September 1997 to his parents, a Nigerian father and British mother in Reading, England.

Despite being born in Britain, Solanke has Nigerian roots through his biological father. He is from the Nigerian Yoruba ethnic group whose population covers the South Western part of the country.

Young Dominic Solanke, in his early years, witnessed a dwindling relationship between his parents.  This was a time things began to fall apart.

Soon after, Solanke’s father boldly walked out on his family. This left poor Solanke and his mother (pictured below) surviving by themselves, having hardly any money. 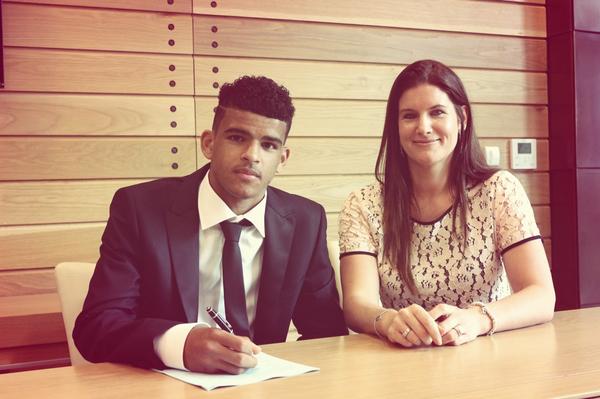 Without a doubt, any child just like Solanke, who has lived through a parental break-up will know only too well the deep emotional pain it can cause.

Solanke is one among other footballers that have experienced a broken home and whose impact he still endures today.

As time went on, emotional injuries got healed. Dominic Solanke’s mother moved on and got married to his step-dad who restored her broken heart and that of her sons. 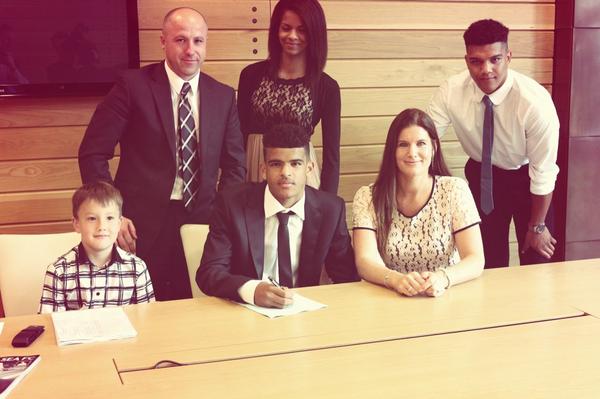 Spending his childhood years with his brothers and sister, Solanke attended Brighton Hill Community School. While at school, he had his eyes set on soccer which became his own very source of solace away from his troubled realities.

Solanke’s biological father, who was forgiven, later came back to his son’s life. He guided him in choosing his career path, which today has paid its dividends.

With emptiness ending when there was always a football on his feet, young Solanke’s passion for soccer saw him enrol and successfully pass trials at Chelsea academy in the year 2004.

One of his best memories at his point of entry was having a one-on-one with Chelsea’s legend- John Terry.

It was an exciting time for the youngster who found himself at a club just rejuvenated by its owner Roman Abramovich.

Solanke was among other bright academy players, namely; Tammy Abraham and Ruben Loftus-Cheek that got the opportunity to have a special moment with Roman Abramovich.

Solanke remained at Chelsea academy outgrowing different age ranks and winning major honours one of which was his prestigious academy player of the year award. 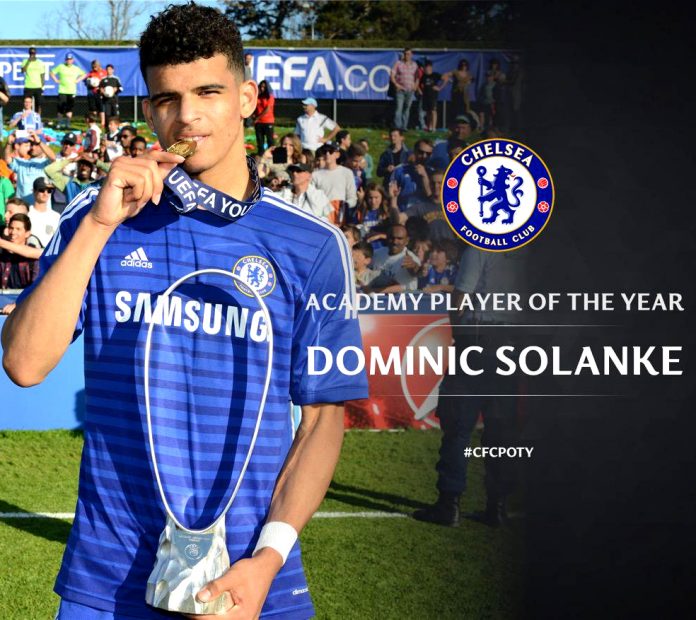 Winning this award gained followed the promotion to play with Chelsea’s senior team. In the quest to become a senior club player for Chelsea, Solanke also showed a great deal of hard work in his international commitment.

Around May 2014, Solanke was part of the under-17 team that won the 2014 UEFA European Under-17 Championship, with him becoming the tournament’s joint-top scorer. 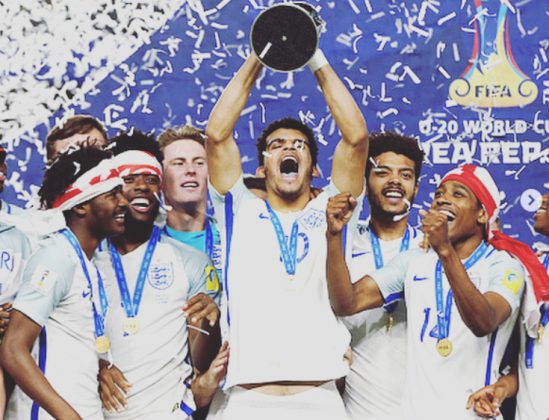 In January 2015, Solanke was named the England Men’s Youth Player of the Year for 2014.

Solanke at this time still in his quest to become Chelsea’s first striker, felt the only thing that was left is to gain more experience playing in another environment.

Solanke agreed to be sent on loan to Vitesse. While in the Netherlands, things went well for the striker as he scored vital goals for the oldest professional football club in the Eredivisie. 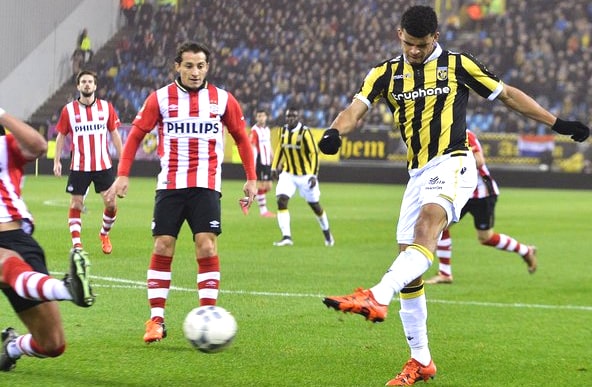 Returning from his loan spell, Solanke began the quest of fighting for a place in the first-team position.

He was disappointed seeing himself continuously lacking game time and being retained as Chelsea’s third-choice striker behind Diego Costa and Michy Batshuayi.

Out of frustration and upon the expiration of his contract, Solanke made a forceful move to Liverpool. His transfer was an intense drama that saw him exiling himself from training.

During this period, rumours of Solanke needing more money other than being a first striker appeared in the media.

These rumours were later debunked by Solanke, which forced Daily Telegraph to make corrections on their publication. 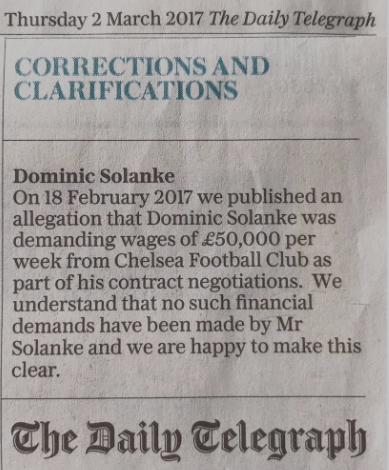 In a team with players such as Mohammed Salah and Sadio Mané and Roberto Firmino, Solanke still had a difficult time fighting for a first-team striking role. This fueled another frustration with him and Klopp. 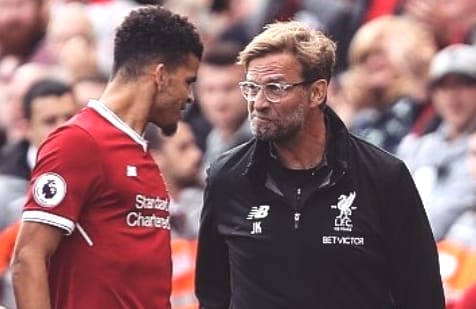 Moving on again, Bournemouth signed Dominic Solanke from Liverpool in a £19m deal. Solanke, as I update his Bio, plays alongside Jaidon Anthony and Kieffer Moore, a Baller whose goal helped pushed the Cherries back to the 2022/2023 Premier League season.

This time, the England star has finally found a middle-class Premier League team that has made his dream of being a regular first-team player come true. 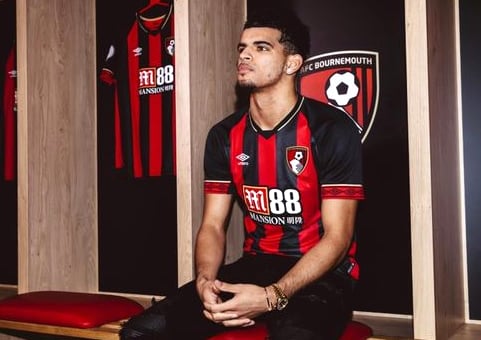 Who is Dominic Solanke’s Girlfriend? 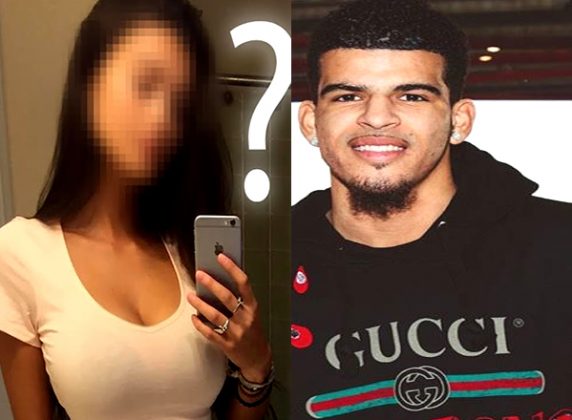 The possibly hidden romances of Dominic Solanke is one that escapes the scrutiny of the public eye simply because his love life is very private and possibly drama-free with his unknown girlfriend.

Truth is, Solanke, at the time of writing his Bio, has decided not to make public any information on his relationship life. This fact makes it difficult for writers to get facts about his love life and dating history.

Getting to know Dominic Solanke’s personal life away from football would help you get a complete picture of him. He is someone who lives an ordinary life and prefers to wear simple and yet elegant dresses. 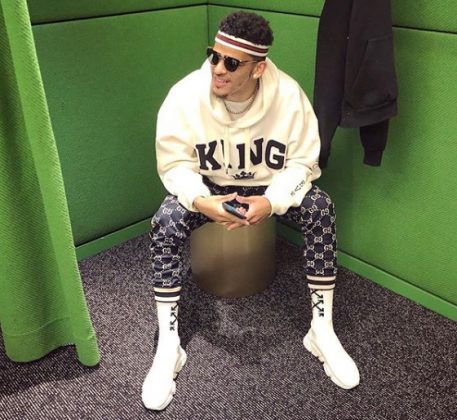 Solanke had a methodical approach to life. This explains much about his youth career successes (winning the academy player of the year and the U20 World Cup). Solanke believes these among others are his credentials for better gaming time

Dom is a rich footballer with no money worries. His large fortune is mostly associated with a life of showoffs. We see that often when he goes on holiday. This attitude adds some extra points to his popularity level. 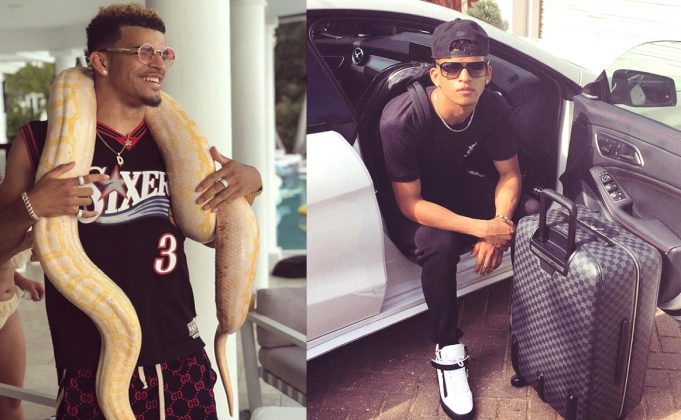 Back in his mansion, Solanke lives a luxurious lifestyle and prefers to put his monies into buying expensive wines. He is worth around £10 million (as at the time of writing) and lives like a rich man. 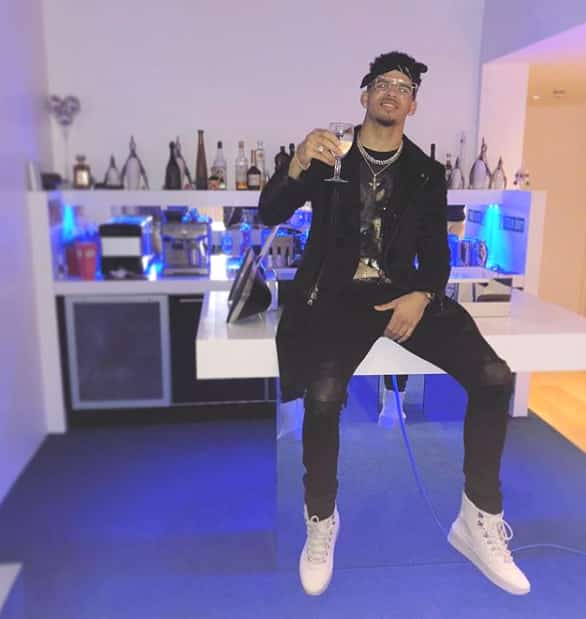 Dominic Solanke once said;… “Don’t ever let someone tell you that your dreams are too big. If you want something, go get it.” 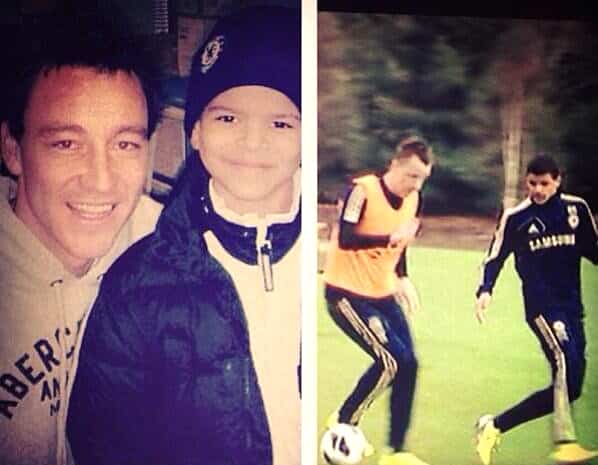 This happened after he shared a photo of himself with Chelsea legend John Terry. A time he was 8 years old, a time he joined the Chelsea academy.

The Rumor about his Nigerian Relative:

Considering they bear the same surname, most people think Solanke is related to Tomiwa Solanke who is another player in England with Nigerian roots. After careful investigations, we found they have no blood ties.

FACT CHECK: Thanks for reading our Dominic Solanke Childhood Story plus Untold Biography Facts. At LifeBogger, we strive for accuracy and fairness.

Thank you for this story and for stating the facts that you know about. Wish Dominic all the best for the future. Cheers