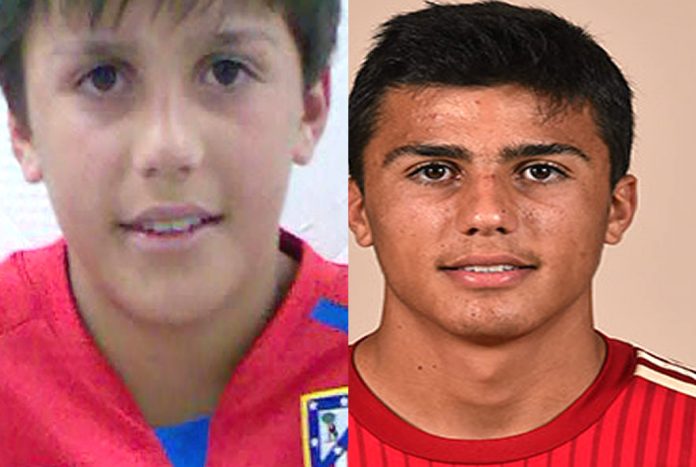 LifeBogger presents the Full Story of a Football Genius who is best known by the nickname “Rodri”.

Our Rodrigo Hernandez Childhood Story Plus Untold Biography Facts bring to you a full account of notable events from his childhood time to date.

Yes, everyone knows he is an athletic, box-to-box midfielder who is seen as a successor to Sergio Busquets.

However, only a few consider Rodrigo Hernandez’s Biography which is quite interesting. Now without further ado, let’s begin.

For Biography starters, his full names are; Rodrigo Hernandez Cascante. Rodri, as he is popularly known as or called, is just a nickname.

Did you know… The name “Hernandez” is a name bore by his father’s family, While the name “Cascante” belongs to his mother’s family.

According to Spanish customs, Rodrigo bears the name: Rodrigo Hernandez Cascante. He was born on the 22nd day of June 1996 in Madrid, Spain.

As regards his family origin, Rodri is a pure native of Madrileno. This literally means he is a native or inhabitant of Madrid.

Growing up as a little boy in the Spanish Football city of Madrid, it was only normal for Rodri to fall in love with the beautiful game.

Rodri was among those little kids who moulded something into a soccer ball and kick it all day.

Giving football an early start was what his parents wanted for him. However, that came with the assurance by Rodri not to compromise his education for soccer training.

Rodri grew up in the capital of Spain, in an academic household.

He was constantly taught the importance of education from an early age, a feat that followed him to adulthood despite making lots of monies from soccer.

“My parents have been feeding me with the importance of education since I was a little boy,”

Rodri once revealed in a Marca interview where he had his book in the left hand and a soccer ball in the right.

After school hours, he spent his free time on the football fields in his neighbourhood nurturing and educating himself, an activity that pleased his parents and prompted them to take action.

At some point in time, it was clear to Rodri’s parents that their little son was a good investment in soccer.

Such love paid its full dividends as Rodri got called by Atletico Madrid for trials.

Rodri’s passion for soccer saw him in the year 2006 (at the age of 10) passing trials in flying colours and enrolling with the local club, Rayo Majadahonda who gave him the platform to lay his career foundation.

Rodri joined the youth setup at the same time as Lucas (his Atletico Madrid teammate) and his brother, Theo Hernández.

It was quick for Rodri and the Hernandez brothers to make an impression with the club. They all played together with other 10-year-olds helping their club to win the league.

Just one year into the club, at the age of eleven, Rodri, together with the Hernandez brothers, saw themselves again passing another trial. This time, they successfully enrolled into the youth department of Atletico Madrid.

Below is a photo of a happy Rodri in his Atletico shirt.

The three were always together on and off the pitch, earning the nickname of “the family”. Painfully, while Lucas and Theo excelled at the club, Rodri’s development came to a halt despite giving all his best.

One accusation levelled by the club’s management was that he was too weak.

This poor performance issue persisted thereby prompting Julian Munoz, the head of the academy at the time, to deport Rodri to Spain’s east coast where he joined the youth of FC Villarreal.

At first, it was not easy for Rodri to leave a club where he dreamed of success. His parents and entire family members felt he was treated unfairly.

Did You Know?… At the time of his exit, Rodri himself wasn’t that short and too weak. He was about 1.84 meters tall BUT maybe at that time, he lacked some physical strength.

Rodri never gave up on Atletico Madrid, the club he grew up supporting. His dream of playing in the Spanish club never dried up like a raisin in the sun nor festered like a sore.

In no time, his prayers began to be answered. Rodri grew to 1.91 metres and miraculously, he also grew physically and technically. The boy began cracking the Villarreal first team within two years of his stay with the club.

The year 2015 was when Rodri began to make a name for himself. That year, he helped his Spanish side in winning the UEFA European under-19 Championship.

Rodri was among six Spain players to feature in the Team of the Tournament, including the competition’s Golden Boy winner Asensio. 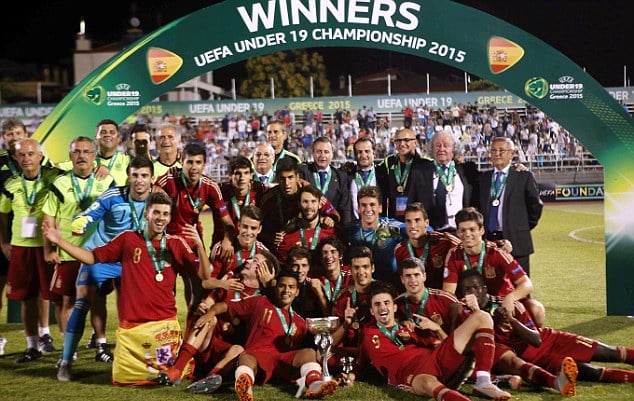 The competition became an evidence of Rodri’s growth as he was crowned Spanish hottest and youngest property.

Did You Know?… Rodri’s ability on the ball made him one of the most exciting youngsters who was seen as a PERFECT KID at the base of any midfield. While at Villarreal, Rodri became both a man and a footballer.

Seeing Rodri becoming Spain’s hottest and youngest property made Atletico Madrid regret the mistake of pushing him earlier out.

The club sorted out a way to ask for forgiveness, one which came through a plea to have their lost Jewel returning back to his dream club.

Precisely On 24 May 2018, Rodri the Atletico Madrid academy outcast, returned to the club after reaching an agreement with Villarreal for his transfer. 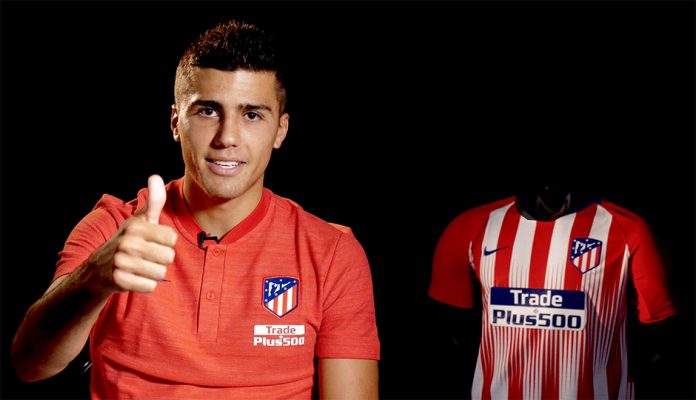 Return to the capital brought in lots of expectations for the young Spaniard.

Rodri proved his points to his old club by showcasing his masterpiece of strength and technique in several games. Below is a piece of video evidence. Credit to Tralex.

Rodri endured a meteoric rise to prominence. With just one calendar year into his second stint, he had already established himself as a household name.

This was evident at the time he helped his team to clinch the UEFA Super Cup.

Rodri continued to become that player who can play with both feet, one who saw himself becoming specialized in rescuing the ball out of high-pressure areas.

Below is a piece of video evidence.

This feat attracted top clubs in Europe, among whom was Pep Guardiola‘s Man City.

After proving so much point, Rodri, in the 2018/2019 summer transfer window, decided to make Atletico Madrid know about his decision to quit the club.

As at the time of writing, rumours exist about his possible link up with Pep Guardiola who wants him to replace an ageing Fernandinho. The rest, as football fans would say, is now history.

Who is Rodri Dating?

With his rise to fame, the questions on everyone’s lip became:
“Who is Rodri’s Girlfriend or Wife?”
“Is Rodri Married?”
“Does Rodri have a Girlfriend?” 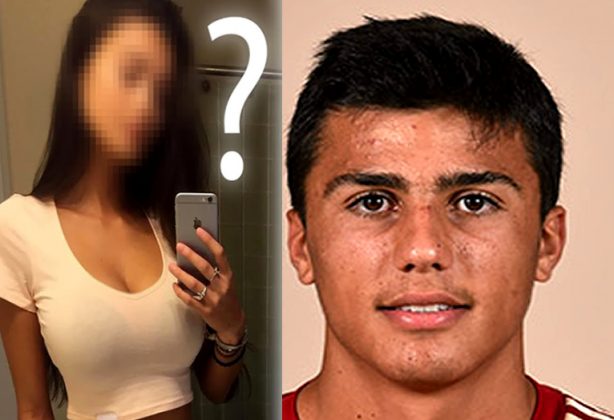 There is no denying the fact that his handsome looks, coupled with that 6 feet and 3 inches height, wouldn’t make him a darling vine to ladies.

However, the truth has to be told. As at the time of writing, there exists a possibly hidden romance, one that escapes the scrutiny of the public eye simply because Rodri’s love life with his unknown girlfriend is private and possibly drama-free.

Getting to know Rodri’s Personal life would help you get a complete picture of his innate personality. 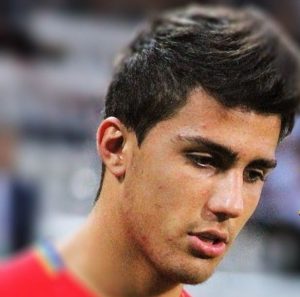 Starting off, Rodri is someone who has always made it clear that his life isn’t only about football.

Even as a rich footballer, Rodri wants to live a life just like anyone who is average. In fact, Rodrigo Hernandez’s Personal Life is summed to one word, and that is; “Normality”.

Everyone who gets to spend time with him would realize Rodri is just a normal guy, one who is very humble, with a good home upbringing and his feet are always on the ground.

Away from his football and studies, Rodri spends his time playing table tennis, washing his clothes, watching television and, most importantly, doing his cooking.

Not forgetting his studies, Rodri was once a student of Universidad de Castellon, a University in Madrid where he studied Business Studies and Economics.

According to TransferMarket, Rodri has a market value of €80,00 Million which by implication means he is a millionaire footballer. This fact brings fans inquiry into Rodri’s lifestyle.

Starting off, his Rodri’s market value doesn’t transcend to a glamorous lifestyle as he is very smart about managing his monies.

His car, until recently, was a second hand Opel Corsa which he bought from a woman as at the time he got his driving licence. 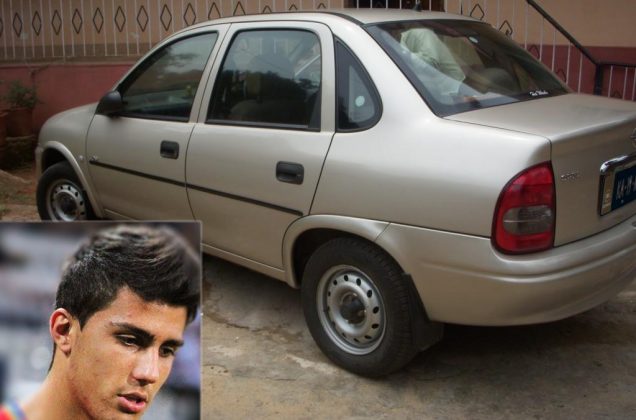 Did You Know?… Despite earning lots of monies playing in LaLiga, people were shocked to see Rodri continue living in a University residence in Madrid.

Below is a photo of Rodri in his University hostel accommodation despite being a superstar for Atletico Madrid, the third most popular club in the LaLiga.

Did you know?… Rodri’s agent has been important too. Whilst other agents look for money, he looks after his client. It is certain Rodri won’t change his humble lifestyle. He is still the same and will always be around for his friends.

Rodri’s devotion to making sure his parents live an average life and stay away from the media is similar to his commitment on the pitch.

The only time he showcased his family members was at his presentation with Atlético, which was a big moment for him.

During his presentation, Rodri brought around 40 friends and family members with him who saw him officially put on the Atlético shirt.

According to onlookers, his grandmother overcome by the moment by displaying the most emotion that day thanks to the realization of her grandson’s dream.

Despite enjoying his popularity, Rodri’s family members are concerned about one thing. Now let me tell you what had once transpired.

Rodri’s Family members, including his parents, once advised him not to buy a secondhand Opel Corsa but a better car for his safety during his journeys from Madrid to Castellon.

Did you know?…  Superstar Rodri refused, stating that he didn’t understand why he would spend so much on a car.

“In fact, one time he told me that some friends were ‘crazy’ for buying nice cars, that all that mattered was that a car should take you from A to B, that’s all.”

A close source once said. 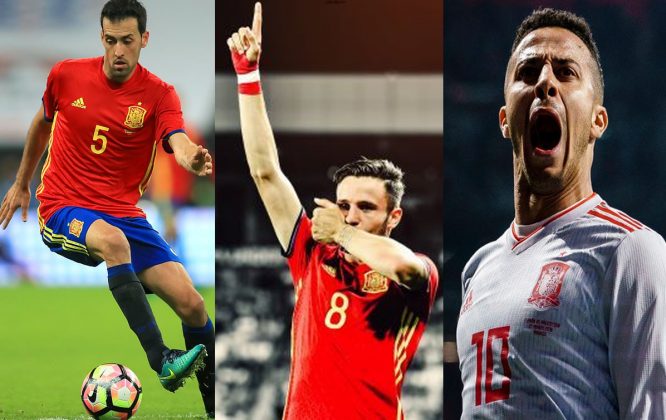 As at the time of writing, Rodrigo Hernandez has hardly cemented his place in Spain’s starting eleven.

This is because Sergio Busquets, Saul Níguez and Thiago Alcântara are still at the peak of their powers. It’s only a matter of time before he outranks them.