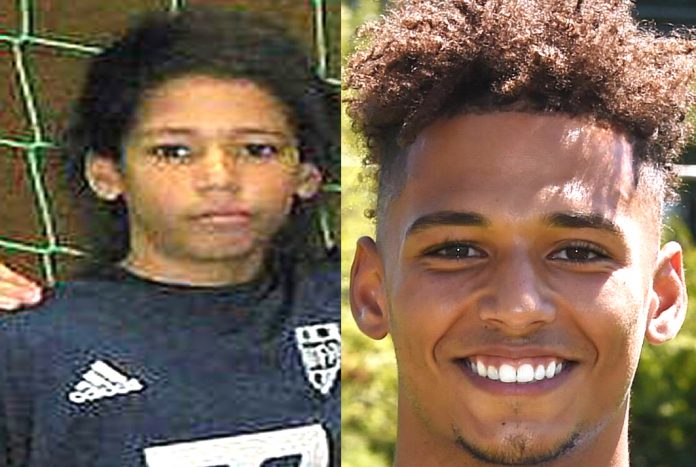 LB presents the Full Story of a Football Genius who is best known with the nickname “Sweeper“. Our Thilo Kehrer Childhood Story plus Untold Biography Facts bring to you a full account of notable events from his childhood time to date.

Yes, everyone knows about his ability to play defense in all positions. However, only a few consider Thilo Kehrer’s Biography which is quite interesting. Now without further ado, let’s begin.

Thilo Kehrer was born on the 21st day of September 1996 in  Tubingen, Germany. He was born a Half-caste to a German father and a Burundian mother who spent a fruitful part of their lives in Africa.

Thilo Kehrer grew up with his lovely sister Sarah (Ex-Boyfriend of Serge Gnabry) in Africa, first in Burundi then Rwanda.

Although his mother is originally from Burundi and she together with her husband’s father worked in the country for many years before they met and got married.

Growing up in these francophone countries gave their kids the ability to be fluent in the French language.

Did you know?…
Thilo, a native of Tübingen has his surname “Kehrer” to be a rare German name usually borne by a native who resides in the mountainous areas of Switzerland, Bavaria, and Saxony.

The name appears to mean “someone living by a bend in a road“. In modern German, the name Kehrer means “cleaner“.

Thilo Kehrer’s parents decided to raise their kids in East Africa in order to make them get familiar with their maternal family roots.

However, their stay was short-lived as the family returned to Tübingen, Germany before the knock of the new Millennium (The year 2000).

Upon their return, Thilo Kehrer’s family resided at Pfäffingen, a district of Ammerbuch municipality, west of Tübingen.

While living there, he attended the town’s elementary school where he played competitive sports and got his first sporting success.

Did You Know?…
“Thilo during his elementary schooling days was deemed the fastest in athletic activities He was the only kid who could jump the furthest and run the fastest“.

This information was revealed by Armin Göhring whose son went to the same school as Thilo and who lived about 300 meters away from his childhood home in Pfäffingen. Tagblatt Report.

Luckily, Armin was a Football Department Leader in Thilo’s neighborhood. He did more than just appreciating the lad. He advised Thilo on the need to focus solely on soccer which his school offered him.

Soon, football became a regular hobby, and his determination to become a professional footballer led to him enrolling at a local club.

At the knock of the new millennium, Thilo Kehrer’s career had just begun. His passion for soccer saw him enrolling into the roster of his local youth club, TSG Tübingen where he had the best possible training for his new career.

Right from the onset, Kehrer was observed to be naturally two-footed. He was someone with highly flexible left and right foot.

Despite the accolade, Kehrer’s good start at the club was short-lived due to an issue that got the club’s management worried.

This was a time they complained that he appeared and behaved too causal unlike the rest of his teammates.

“KEHRER’S ROUTE WAS NOT ALWAYS STRAIGHT-FORWARD”,

said Wolfgang Poerschke, who was working at the club’s football base and was responsible for Kehrer’s upkeep. He continued…

“For a while, he was too casual and forced the coaches not to nominate him. Thankfully, Thilo recognized the signal and responded very positively, after which he returned with a changed attitude.”

At the age of 10 in the year 2006, Thilo Kehrer moved to SSV Reutlingen, another football academy after he was assisted by a local coach, Albert Röcker.

This move happened after his family relocated to the area. Kehrer quickly rose through the ranks at the club. His best moment was a time he led his youth club to win a tournament in a talent competition.

The big change in Kehrer’s Youth Development happened when he got transferred to VfB Stuttgart in the year 2009.

The defense gem had a career jump with the club coupled with intense maturity. This was reflected in the choice of him being selected to represent his teammates in interviews.

After two successful years at VfB Stuttgart, Kehrer’s success saw him being captured by Schalke 04 youth system, a German club known for its pedigree in developing youth talents.

During his early Schalke days, young Kehrer met legendary youth coach Norbert Elgert who is was responsible for molding him into the footballer he had become today.

As observed from the photo above, Norbert Elgert didn’t just mold Kehrer. He was the one one who raised other big stars notably the likes of Leroy Sane, Mesut Ozil, Manuel Neuer, and Julian Draxler.

Kehrer stayed at Schalke for the remaining years of his youth career-making serene progress through the Schalke 04 II system.

His youth career springboard came when he captained the  Schalke 04 U19 juniors (with players like Leroy Sane) into winning the championship title and the Westfalen Cup.

With his strong performances, he convinced the club’s management and he was allowed to train with the  Schalke Senior team.

Thilo Kehrer had to wait a while for his Schalke debut. Patience and determination became his watchwords during this period.

That first team opportunity finally came, he was allowed in the senior squad due to the shortage of defenders. Nastasic and Höwedes were not available and Kehrer made his debut in the Bundesliga.

Did you know?…
Kehrer was ruthless in his defending and even scored in his debut against Thomas Tuchel’s Dortmund team in the biggest German derby clash (FC Schalke 04 vs Borussia Dortmund). 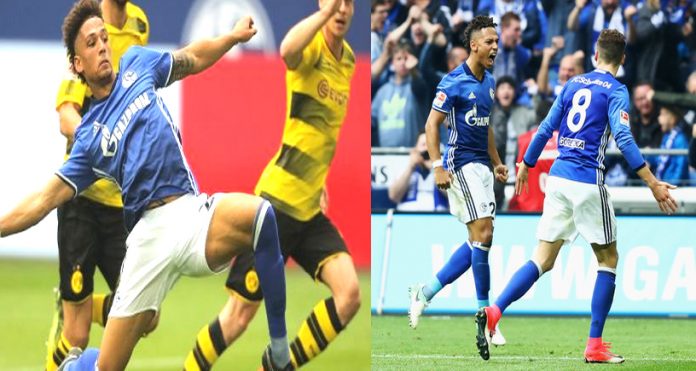 Scoring against bitter rivals on home soil not only earned Kehrer fans’ affection but also raise his profile in the eyes of Thomas Tuchel (Current PSG Boss at the time of writing). Kehrer didn’t just stop there. He also went on to win the U-21 Euro in 2017 as a captain. 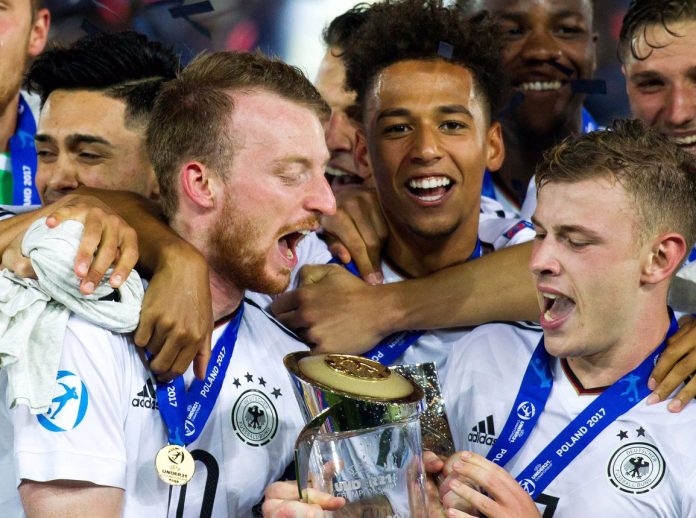 At this point, he became reportedly monitored by a number of top European clubs. Among those was PSG who was managed by Thomas Tuchel whom Kehrer humiliated his former team.

Tuchel did all he could to get Thilo Kehrer, a transfer that saw him spending 37 million euros and breaking a Bundesliga record transfer. 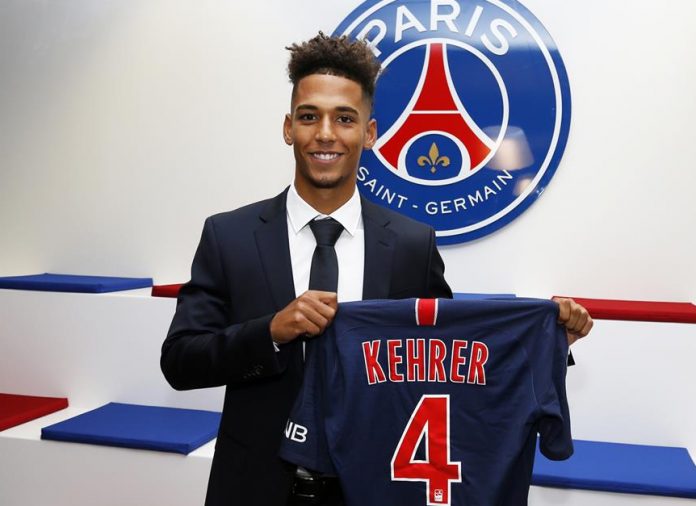 Who is Thilo Kehrer’s Girlfriend? 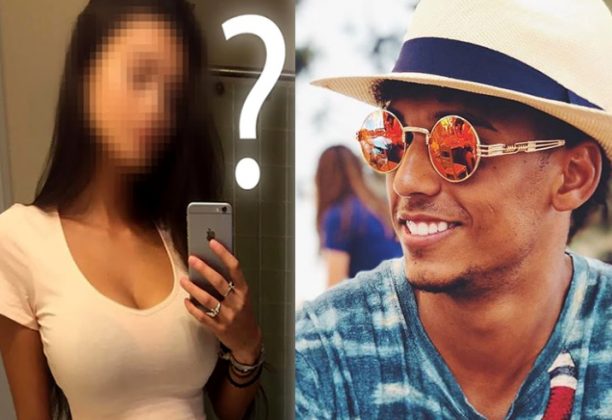 Behind every successful footballer, there is indeed a glamorous WAG. However, the possible hidden romances of Thilo Kehrer is one that escapes the scrutiny of the public eye simply because his love life is private and possibly drama-free.

As at the time of writing, Kehrer tries to avoid any spotlight on his private life. He could be in a relationship and prefers not to make it public at least for the moment. 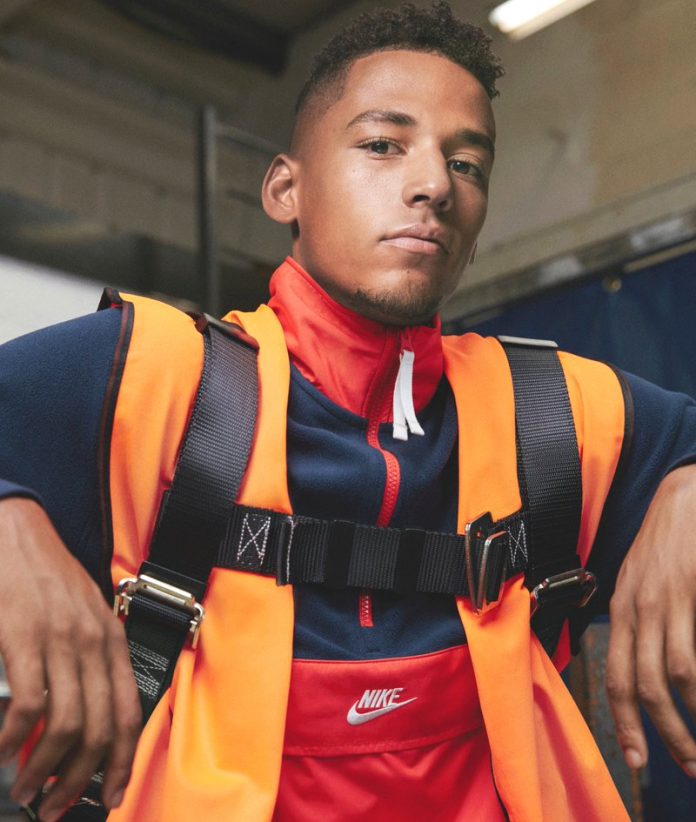 Getting to know Kehrer’s personal life off the pitch would help you get a complete picture of him.

Starting off, Kehrer remains very down to earth to this day. He is someone who knows his roots. Also, his methodical approach to life ensures that nothing is left to chance.

As stated in his untold facts below, you’ll realize that Thilo Kehrer is a person with a tender heart and a deep sense of humanity.

Despite living his early life in Burundi and Rwanda, Thilo Kehrer adores every moment of his childhood life spent in Pfäffingen, Germany. 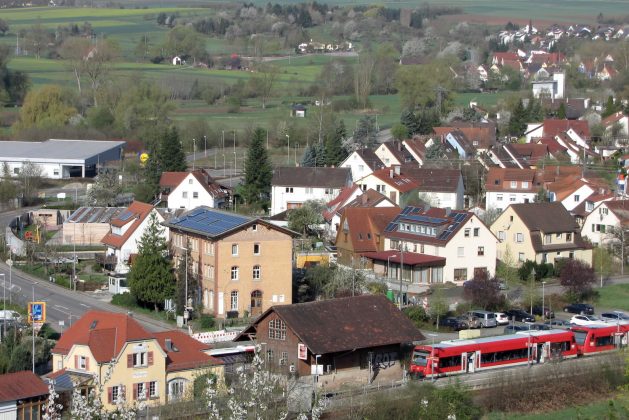 With paparazzi always on the prowl, Kehrer’s family especially his parents currently keep their lives away from the public eye with no traces of their photos on the web. However, this is not true for Kehrer’s beautiful sister Sarah.

The Most Interesting Fact about Thilo Kehrer Family:

The word “WAGs” which means Wives and girlfriends of high-profile footballers have gained weight in recent times.

Thanks to her stunning beauty, Sarah Kehrer has started making the word “Sisters of” very interesting.

Sarah Kehrer is an influencer and German model with a huge fan base on Instagram thanks to her complete collection of lovely bikinis.

During one of her visits to the capital of France, she once declared her love to the city saying: “Paris, I love you“.

As at the time of writing, there are no traces of a “boyfriend” on her Instagram account.

As stated previously, Sarah Kehrer was once in a relationship with a German footballer and friend to her brother, Serge Gnabry who has both German and Cote d’Ivoire origin. 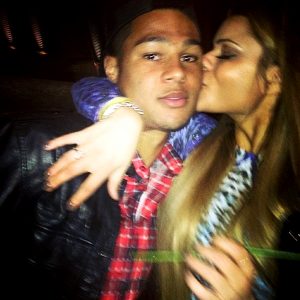 In 2018, Sarah ended her relationship and formalized their breakup with Gnabry in the press saying; “We realized that there was not enough connection between us.” Immediately afterward, she removed all the photos of him on her Instagram.

With a current market value of 35,00 Million Euros and a huge weekly wage at PSG, it is possible for him to afford almost anything.

Kehrer does not have time for extensive and expensive holidays. He lives a very simple lifestyle as reflected in his own way of recreation. 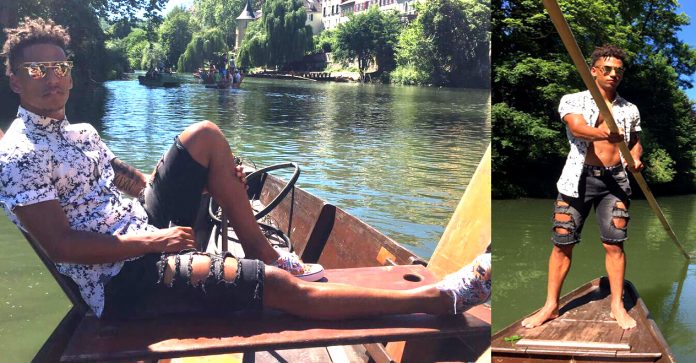 He Remembers His Mother’s Family and Community:

Thilo Kehrer is one among very few African-European footballers who give back to their African homeland.

The German football star is committed to a good cause in Burundi where he provides support to the peace and development organization “Kickoff to hope“.

Through Kehrer’s support, all socially disadvantaged people in his mother’s homeland find hope through the financial and material assistance Kehrer provides.

He Once Played 90 Minutes with a Swollen Eye:

From a clash with Robin Quaison during his Schalke days, Thilo Kehrer wore a blue thick eye as he played 90 munites against Mainz. The injury did not prevent the defender from making header duels.

Thilo Kehrer’s contract has a solidarity contribution. According to FIFA regulations, this is a 5% fee that is activated when a professional player transfers to a club in another country.

His 37 million euros transfer saw PSG paying a solidarity contribution to all German clubs that contributed to his training and football education.

Thilo Kehrer has Sergio Ramos and Thiago Silva to be his most respected defenders. These were footballers he watched a lot while growing up.

FACT CHECK: Thanks for reading our Thilo Kehrer Childhood Story plus Untold Biography Facts. At LifeBogger, we strive for accuracy and fairness.