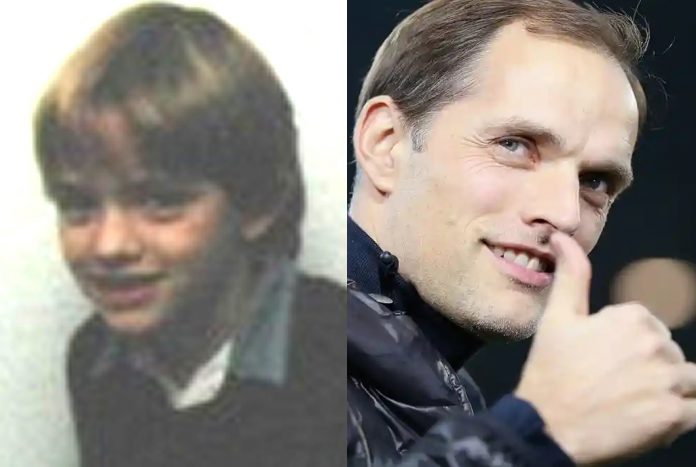 In a nutshell, we give you the history of the German Football Coach who manages Chelsea FC. Lifebogger begins Thomas Tuchel’s Bio from his early days, to when he became famous in football management.

Yes, everyone knows he is one of the most competitive European coaches to have emerged at the highest level in recent years.

Despite these accolades, not many soccer fans have read a detailed version of Thomas Tuchel’s Biography, which is quite interesting. Now, without further ado, let’s begin.

For his Biography starters, he bears the nickname “The Professor“.

Thomas Tuchel was born on the 29th day of August 1973 to his mother, Gabriele Tuchel (a housekeeper) and father, Rudolf Tuchel (a retired football coach) in  Krumbach, Bavaria, Germany.

Below is a photo of Thomas Tuchel’s parents, who appear to be in their 70s.

For Thomas Tuchel, having a football-loving parent made it only natural for the game to be instilled in him.

Before his son came into football management, Sir Rudolf Tuchel already had a great deal of knowledge in the sport.

Did you know?… Rudolf Tuchel is credited to be the first coach of his son Thomas and the one who took responsibility for teaching him how to kick a soccer ball.

Thomas Tuchel had his first taste of football in Krumbach, his West German agricultural hometown.

With the support of his dad who was a football youth trainer, Thomas Tuchel wholeheartedly embraced the decision to become a professional footballer as his first career choice.

Thomas Tuchel grew up with an education mindset. Back then, he attended Krumbach elementary school.

The earliest memory of his education is seen in the poetry album of his school friend, Martin Bosch, from Krumbach.

At that time, little Tuchel weighed 28 kilograms and at 1.40 meters in size. According to Augsburger-Allgemeine, Thomas Tuchel entered some lines in the poetry album at the age of nine.

Tuchel’s love for soccer saw him in 1979, enrolling into the roster of his local youth team, TSV Krumbach. Playing at his local team, which was his dad’s employer, made little Tuchel a fulfilled boy.

Upon joining the club, Tuchel started his career as a midfielder, still under the supervision of his dad, who he had lots of training with.

Thomas Tuchel still went to school, even while he played football under his father’s care. Back in the day, the 9-year-old once had the intention of becoming a “rescue helicopter pilot“.

Seeking to become a helicopter pilot as a career backup option became a reason why Tuchel continued his studies.

His best memories still remain the Grandiose Triumph victory of 1987, a competition which took place in the Berlin Olympic Stadium.

Making continued success in his soccer career saw Tuchel later compromising his education in full pursuance of his career.

Tuchel took the next phase in his career development in the year 1988, a year he had a successful trial with FC Augsburg academy. His early years with the club as a footballer saw him being considered a hopeful talent.

As time went on, things started going bad for the Tuchel. He never appeared for the first team and inconsistent performances made him see his days being numbered at the club.

At the time he turned 19, the year of his supposed graduation and conversion into a senior footballer, Thomas Tuchel got released from the club.

It was a disaster for Thomas Tuchel and his family. That year 1992, saw Tuchel’s failed hope of using FC Augsburg as a career springboard.

Determination and self-belief were his watchwords during the time of pain and trauma in his release from the game.

Tuchel, however, moved on with another German club, Stuttgarter Kickers who gave him his much anticipated senior career start.

Tuchel’s stay at Stuttgarter Kickers was largely dominated by a series of unimpressive performances. Following an even more disappointing 1993–94 season, the club gave up in him and decided to release him.

Tuchel again moved on following his second release. He attended trials and again got himself accepted by another club, SSV Ulm. A happy Tuchel finally saw himself recovering from a long period of poor performance.

He became a mainstay for the club in his four-year spell before another tragedy came striking again.

As time went on while playing for SSV Ulm, Tuchel got another blow in his career, this time not with his performance but a cartilage injury.

Tuchel’s struggles to get himself into full recovery were all in vain. The inability to recover from the injury led to him forcing his active career to an abrupt end at the young age of 25. This implied that he spent only 5 years playing professional football.

“A lifelong dream was suddenly gone,”

Tuchel once revealed in an interview.

Life After His Lost Dream:

Thomas Tuchel didn’t allow his injury to get into every part of him. While nursing his injury, he began studying economics and football. Between the bitter years of 1998 to 2000, Tuchel also began taking coaching lessons.

At the knock of the new millennium, Tuchel felt it was time to put his coaching certificate into use. His application to become a youth coach went successfully with the German club, VfB Stuttgart.

As a football teacher, just like his father, Thomas helped dozens of kids to grow up, holding the youth trainer position for five years.

Did you know?… He was responsible for the development of future first-team players, namely Mario Gómez and Sami Khedira.

In 2005, the football teacher returned to Augsburg, his former club who once thrown him out. In a bid to write off the wrongs, the club’s management decided to make him their youth team coordinator.

After holding the position for three years, he later got appointed as the club’s first-team manager at Augsburg II where he stayed for a year before his fame got him to Mainz.

The challenge of sustaining Mainz as a newly-promoted Bundesliga club was difficult due to the fact that Tuchel inherited a squad of sub-standard quality that was unequipped for top-level football. More so, he was given limited money to spend.

Tuchel went on to take Mainz, his unequipped club to beat Bayern Munich at the Allianz Arena. He gave them their best-ever start to a season and a fifth Bundesliga finish, the highest in its history.

Tuchel’s performance at Mainz caught the eyes of top European clubs. He was selected as the only choice to replace the charismatic Jürgen Klopp.

His acquisition by Dortmund was unanimously rated as the greatest career jump. While at Dortmund, Tuchel led his team to win the Garman Cup.

While at Dortmund, Tuchel was credited for his focus on player development. The youth cultured teacher got Ousmane Dembele and Christian Pulisic to be the stars they’ve become.

Tuchel’s methods became an adrenaline shot to PSG’s board Chairman Nasser Al-Khelaifi who in May 2018 brought him to replace Unai Emery. The rest, as they say, is now history.

Behind the successful manager, there exists a great woman as seen in the beautiful person of Sissi who was once a former employee of a publishing house.

Both Sissi and her husband, Thomas Tuchel, have been married since May 2009, during his time with Mainz 05. Together, they have two girls, Emma and Kim who were born one year apart.

Both Sissi and Tuchel hardly make public appearances. They only attend tennis tournaments like that of Paris-Bercy and birthday parties of footballers close to them.

Personal Life away from coaching:

Getting to know Thomas Tuchel’s personal life would help you get a more complete picture of him. According to Augsburger report, Thomas Tuchel is described as a “single-minded” person who sometimes possesses “rough edges“.

Also to his personality, Thomas Tuchel is a man of limited public appearances and an expert in getting himself scarce during holidays.

He shields his private life purposefully. Even his wife and parents avoid interviews or making public comments.

Tuchel is someone who pays attention to the smallest details and has a deep methodical approach to life, which ensures that nothing is left to chance.

Having strong family support systems improves confidence and sports success. This is what Thomas Tuchel’s family has provided him. It all started from the moment Rudolf Tuchel helped his son to discover his innate talents and skill. 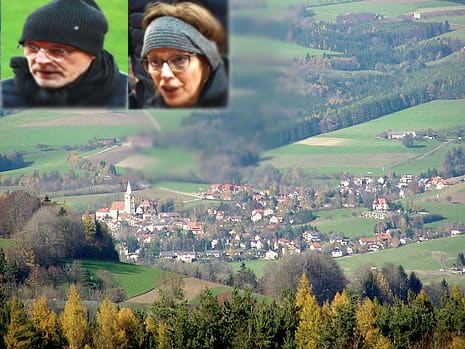 Thomas Tuchel’s parents still live in Krumbach, their German town with over 13,000 residents.

In that agricultural neighbourhood, a town filled with forests, fields, and grasslands. The Tuchel family has decided to carve out a football niche.

It is possible that Rudolf Tuchel must have been among the very few professional football trainers in Krumbach. This implies that he could be well paid during his time and probably operated a comfortable household.

Did you know?… In Krumbach, there is a high percentage of Jewish residents than the Bavarian average. By implication, it is possible that Thomas Tuchel is from Jewish family background. 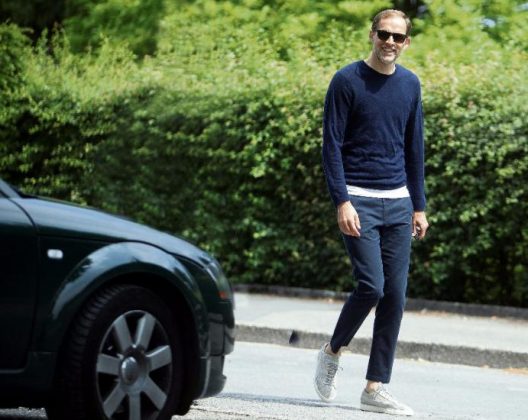 Right from his painful youth, Tuchel has never been the type of person who lives a lavish lifestyle which is easily noticeable by a handful of pretty impressive cars, swagger, booze, and a great house.

Despite earning a 7 million dollar fortune with Borussia Dortmund & Mainz 05, and currently having a net worth of around 7 million Euros, the German-born coach lives a modest life. His social life appears to be closed to the outer world

Being a football manager must be one hell of a tough gig. Tuchel sometimes faces the stress of developing/babysitting modern-day young players.

As observed from the video below, his touchline antics are a source of laughter in the beautiful game of football.