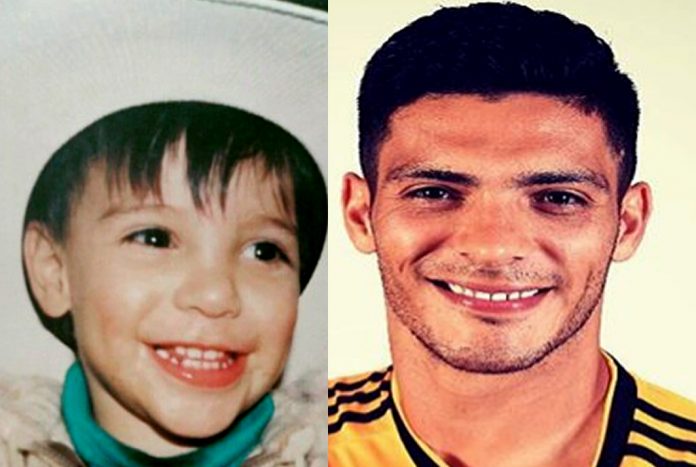 LifeBogger presents the Full Story of a Football Genius who is best known by the name “RJ9“.

Our Raul Jimenez Childhood Story plus Untold Biography Facts bring to you a full account of notable events from his childhood time to date.

Yes, everyone knows he is a prolific striker. However, only a few consider Raul Jimenez’s Biography, which is quite interesting. Now without further ado, let’s Begin.

Starting off, his full name, Raúl Alonso Jiménez Rodríguez. Raul Jimenez was born on the 5th day of May 1991.

He was born to his mother, Martha Rodríguez, and his father, Raúl Jiménez Vega in Tepeji, Mexico.

It doesn’t matter how long they’ve been together. But when you see a happy couple, you just know it!.

Both Martha and Vega decided to build a medium class family household in Tepeji, a Mexican town known for its beautiful Lake named Requena. 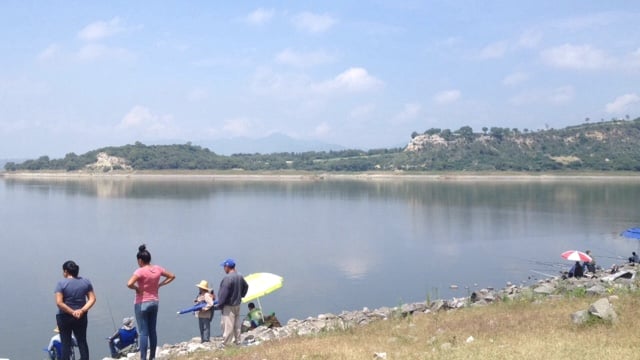 Raul Jiménez grew up with his siblings; a sister named Miranda Jiménez and two brothers, the taller named Raúl André and a last born of the Jimenez family, whose name is still Raul.

All kids were born into the Mestizo Mexican heritage, which is a mixture of European and Indigenous Mexican. 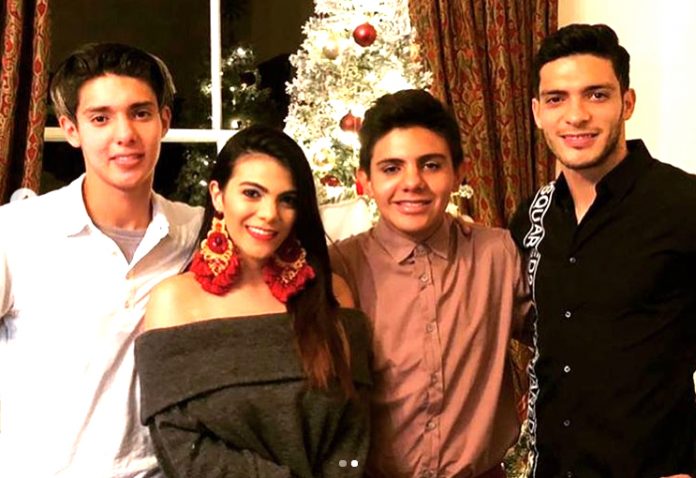 A Jovial and caring Brother:

Right from his childhood days, Raul had known that it actually takes more muscles to frown than smile. This could be seen in his relentless smiling habit as observed in the childhood photos below. 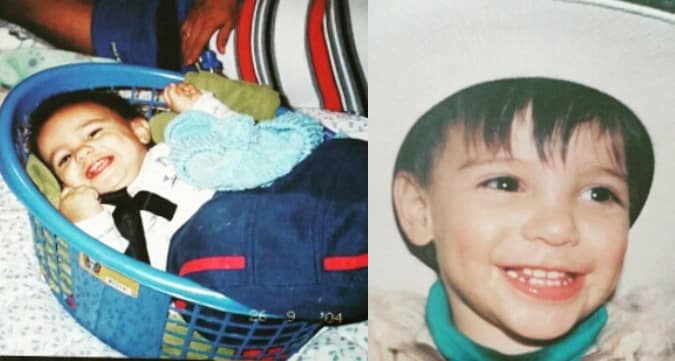 Early on as a child, Raul Jimenez also exhibited the trait of being a caring Brother, one who put his little sister “Miri“ as close as his hands and feet and never let her wander in the dark alone.

After playing for patches of local teams, Raul’s passion for football saw him enrol into the youth academy roster of Club América, which gave him the stage to showcase his talents.

He began a serious youth career journey in Club América’s youth system in 2008 before debuting in the first division in October 2011.

The following year, the 21-year-old Jimenez represented his country at the 2012 Olympic Games where his team defeated Neymar’s Brazil to collect the gold medal. That was his international springboard. 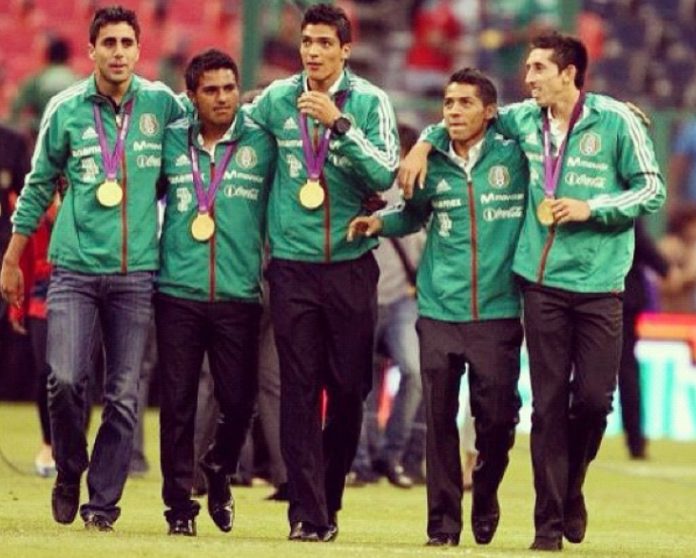 Immediately after the Olympic victory, everyone could tell Raul was hungry. The next year, Raul Jimenez went on to win his first championship with América in 2013. 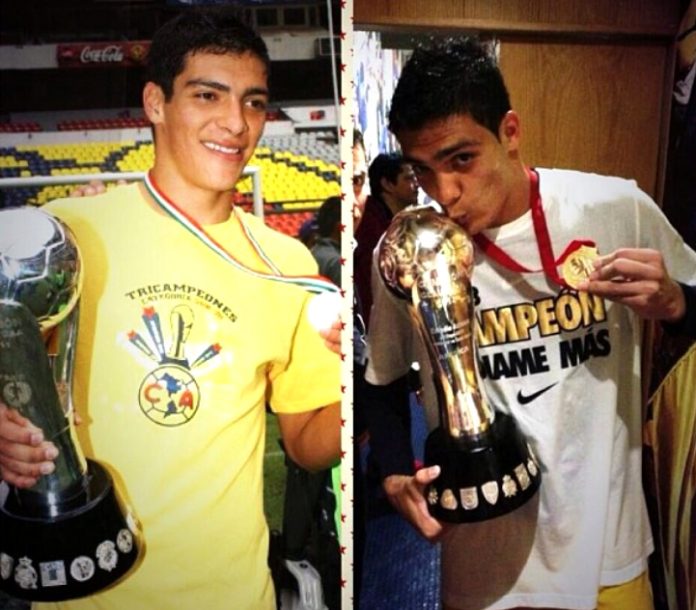 This victory was followed by Raul winning the Clausura tournament, a moment when European scouts started knocking at his doors.

In 2014, Jimenez followed the route many of his Mexican compatriots have taken. He finally headed for Europe.

Jimenez signed for Atletico Madrid who was at that time, the reigning Spanish La Liga champions. He saw himself being given the unenviable task of replacing the Governor, Diego Costa.

“It’s not easy trying to match the likes of Diego Forlan, Diego Costa and Radamel Falcao,” Jimenez once said during his early moment with Athletico Madrid.

“Both Diego Forlan and Costa are great players who delivered the goods when they came here. So, I have to make my own history and do what I came here to do – which is score goals.”

Unfortunately, Jimenez didn’t live up to Diego Simeone’s expectations. This resulted in him being shipped out to join Benfica. 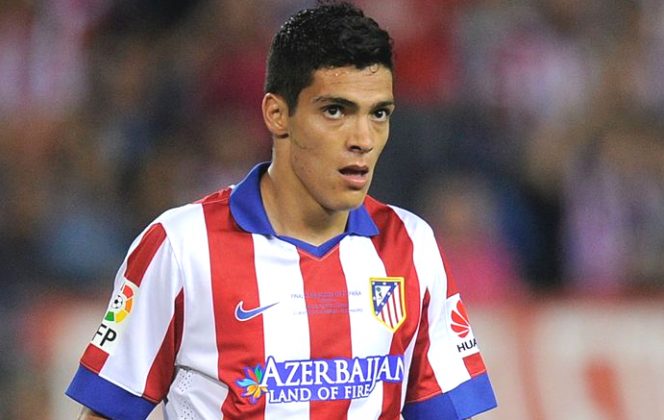 Raul Jimenez was sold to Benfica. With the club, he won two consecutive league titles which he celebrated with his family. 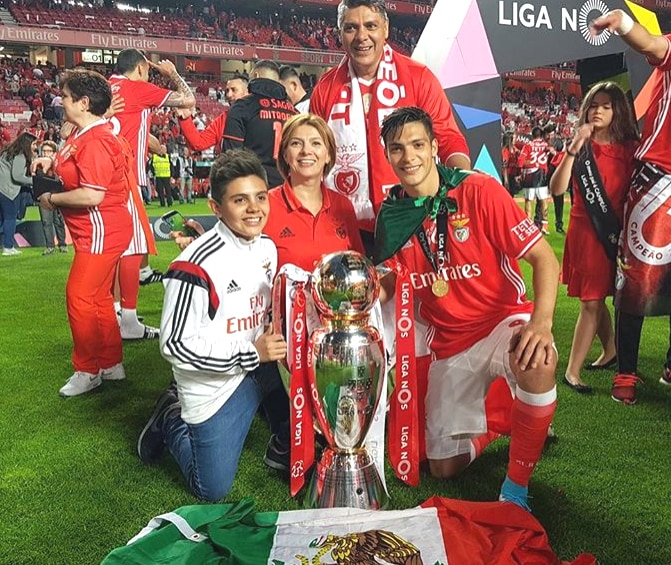 90 Minutes or a Transfer:

One fact wasn’t pleasing for the Mexican. The fact that he scored 18 goals in 80 league appearances for Benfica with 60 of those outings coming from the bench.

Raul Jimenez wasn’t satisfied with the fact that he couldn’t still play 90 minutes. This made him leave Benfica for Nuno Espirito Santo’s Wolves project. 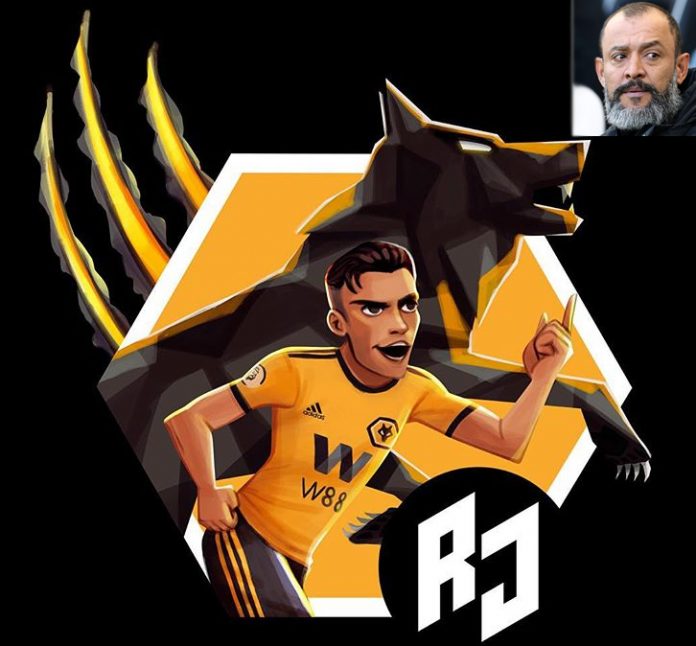 The arrivals of Willy Boly, Ruben Neves and Diogo Jota excited the Mexican who was even considered as Wolves’ biggest coup at that time.

At Wolves, Raul Jimenez got his 90 minutes play which rebooted his career, making him prolific in front of goal. With the likes of Max Kilman and Conor Coady doing their defensive work, he does his part by scoring. 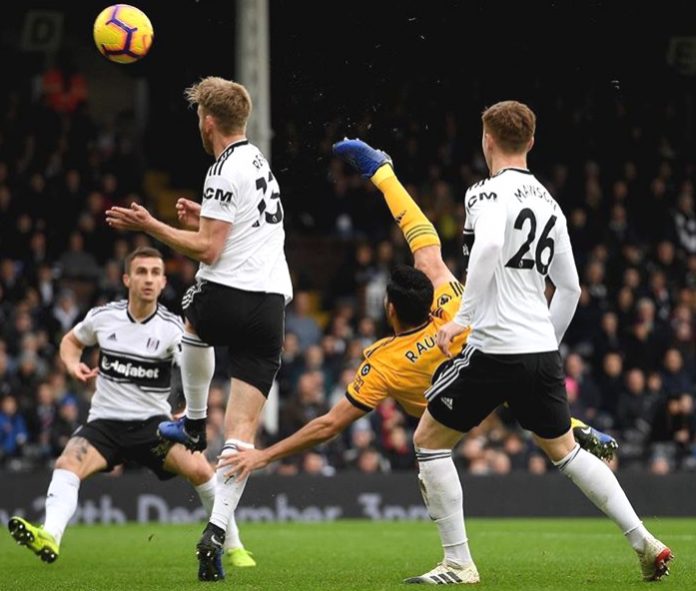 Without a doubt, his untapped goalscoring potential within his armoury was fine-tuned in Wolves. The rest, as they say, is history.

Behind every great man, there’s always a woman, or so the saying goes. Now, behind almost every successful Mexican footballer, there’s a glamorous WAG as seen in the beautiful person of Daniela Bassom. 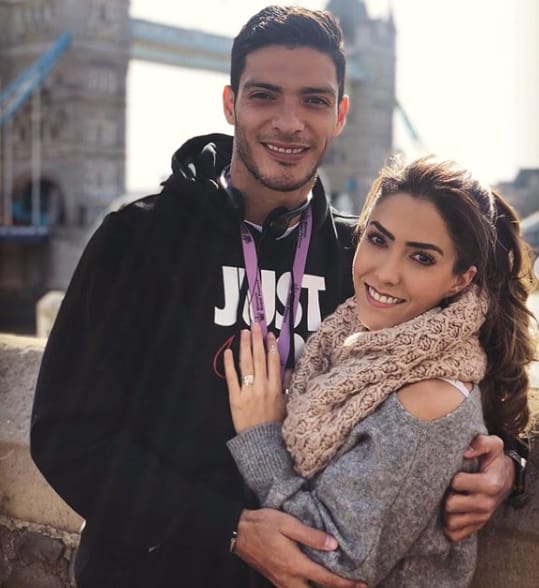 “Celebrating 1 year at your side! Thank you for being part of my life and for being at every moment with me. I love you 😍😘@danielabassom” 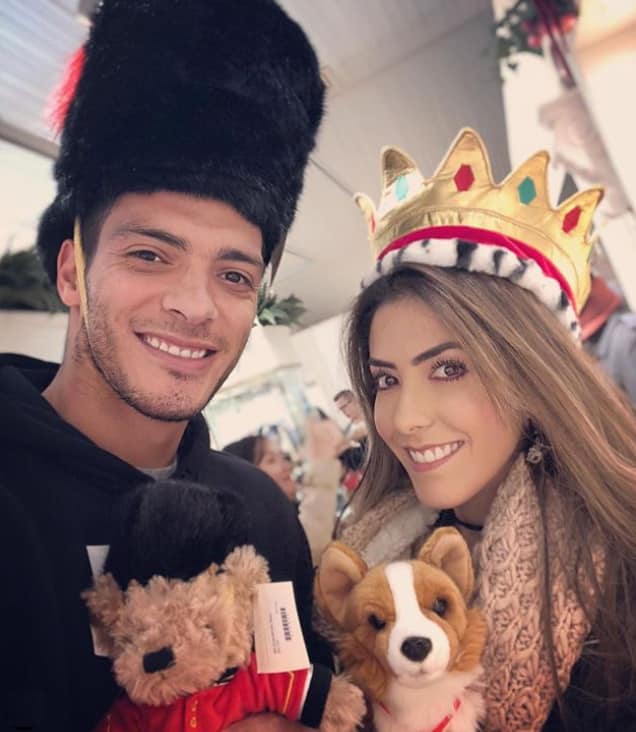 Jimenez’s striking abilities, as well as his lifestyle off the pitch, build up a complete picture of his Swagger as observed here. 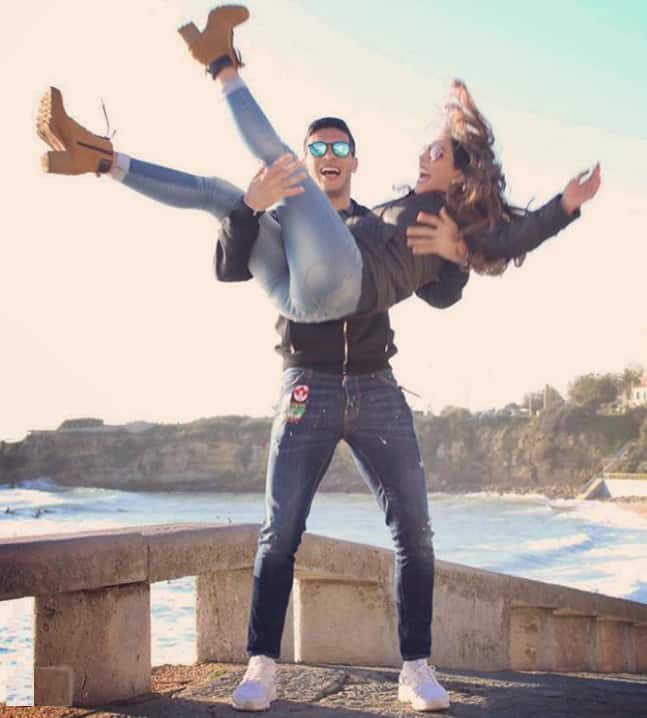 Getting to know Raul Jimenez’s personal life would help you get a complete picture of him.

Something interesting about him is that he does not like fruit. Raul once revealed that when he was a little kid, his parents made him try eating a banana, and he did not like it. From then on, he did not like any type of fruit. 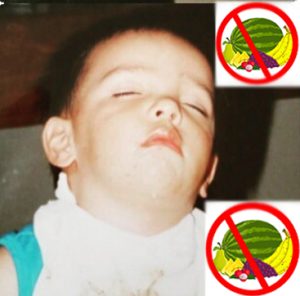 Jimenez as a child would prefer to eat other meals but not fruits. He grew up continuing his distaste for fruits. 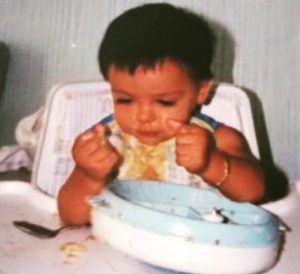 Back home, Raul Jimenez is nicknamed “Alo” which is the short form of “Alonso” his middle name. This is because his dad and two other brothers are also named “Raul”.

Away from football, Jimenez loves to go play with Dolphins. 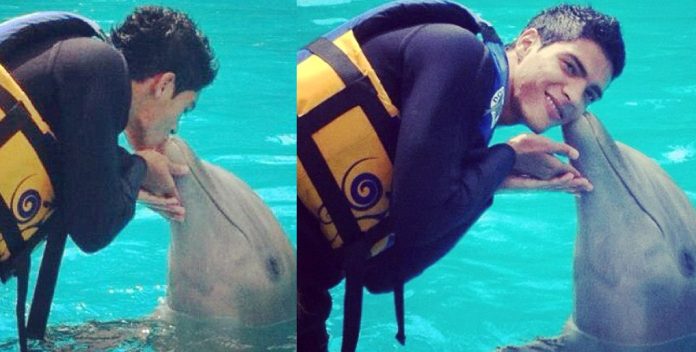 In the whole of Tepeji, Mexico, the Raul Jimenez family have the most reputation in football.

In the family, there is one more member who pursues part of his dreams in life in the football business. 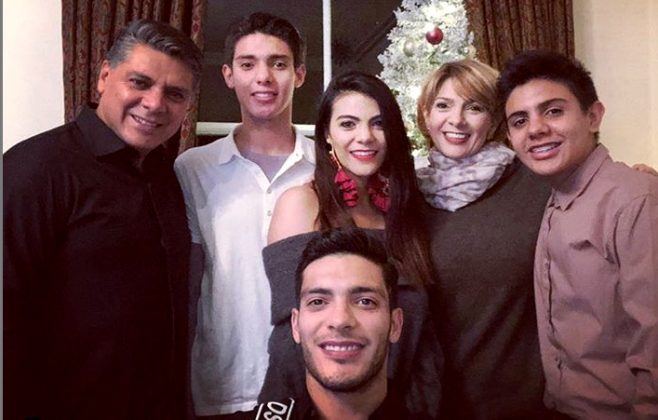 Raul Jimenez’s brother Raúl André is also into soccer. He is currently excelling as a goalkeeper in the academy team of Club América which gave his elder brother his football foundation.

Raúl André at the age of 15 years old, has already bought his own house thanks to his success story. Even while he plays football, Raúl André never loses sight of his studies. 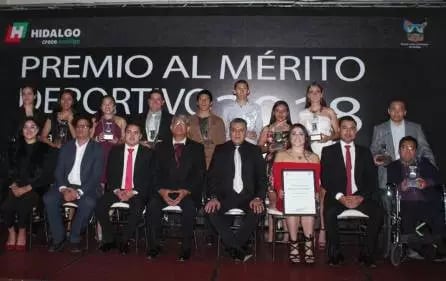 Raúl Alonso Jiménez Rodríguez is without a doubt, a superstar from Tepeji.

FACT CHECK: Thanks for reading our Raul Jimenez Childhood Story plus Untold Biography Facts. At LifeBogger, we strive for accuracy and fairness.