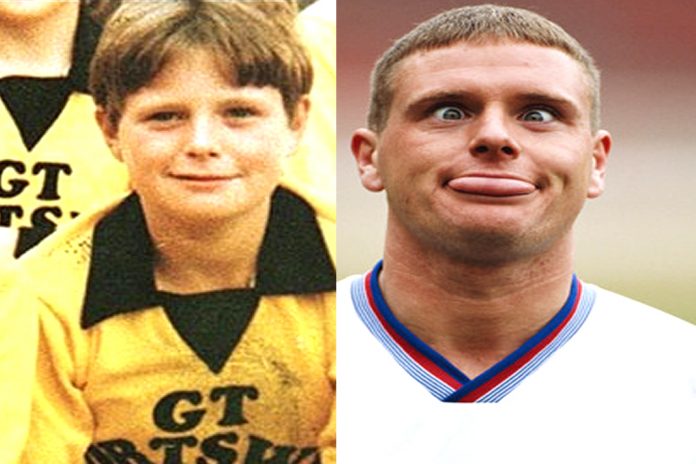 LifeBogger presents the Full Story of a Football Legend who is best known by the nickname “Gazza”.

Our Paul Gascoigne Childhood Story plus Untold Biography Facts brings to you a full account of notable events from his childhood time to date.

The analysis involves his life story before fame, family life, and many OFF and ON-Pitch little-known facts about him.

Yes, everyone knows he was a one-time creative, hard-working, and technically gifted playmaker for England.

However, only a hand few of today’s football fans know much about Paul Gascoigne’s Biography, which is quite interesting. Now, without further ado, let’s Begin.

For Biography starters, Paul John Gascoigne was born on the 27th day of May 1967 in Dunston, United Kingdom. The England Football Legend was born to his mother, Carol (a factory worker), and his father, John (a hod carrier).

Upon birth, his parents named him Paul John in tribute to Paul McCartney and the late John Lennon of the Beatles.

Our version of Paul Gascoigne’s childhood story is interesting, if not uncommon – We give you a story of an unstable and street child who became blessed with extraordinary talent, one whose emptiness ended when football appeared on his feet.

His childhood was marked by instability, sadness, and tragedy since his humble beginnings on Tyneside when his demons first surfaced.

His demons started when Death stared him in the face at the age of 10 when he took his friend’s little brother, Steven Spraggon, to a local shop.

While Gascoigne was “mucking around” the youngster died after running out into Derwentwater Road and was knocked down by an ice-cream van.

It was the first dead body I’d ever seen and I felt Stephen’s death was my fault. I still go over the accident in my mind. Just speaking of it can make me cry.” Gascoigne recalled.

Again, he experienced further tragedy when he saw another of his friend die via machine accident whilst he was working for Gascoigne’s uncle on a building site.

Painfully around this time, his father began to suffer from seizures. Passing through much pain as a child led to Gascoigne developing obsessions and convulsions, which ended him on therapy.

To end his emptiness, he took up football in his youth. Paul was noticed by football scouts while playing for Gateshead Boys, though failed to impress in a trial at Ipswich Town.

Further trials at Middlesbrough and Southampton also proved unsuccessful before the team he supported, Newcastle United, signed him as a schoolboy in 1980.

Paul was usually overweight whilst signed to Newcastle and frequently got into trouble with his friend Jimmy Gardner AKA “Five Bellies”, particularly when the pair were taken to court and fined over a hit-and-run incident.

Paul had all opportunities to be the best youth player, but his Notoriety prevented him. Newcastle chairman Stan Seymour described Gascoigne as “George Best without brains”.

While still a young football star, Gascoigne developed an addiction to gaming machines, frequently spending all his youth monies on them. When monies were unavailable, He would shoplift to fund his addiction.

At the age of 15, Paul’s demons partially left him. He took the decision to change his evil ways and pledged to work hard to provide for his family, his parents, and two sisters financially.

Gascoigne played professional football as a way of earning more money than the rest of the family were capable of.

He enjoyed football, and later wrote that “I didn’t have twitches or worry about death when I was playing football”.

He was signed on as an apprentice at Newcastle on his sixteenth birthday. Gascoigne captained Newcastle to victory in the FA Youth Cup in 1985. This led to a call to the senior team that same year.

Asides from becoming a Newcastle legend, Gascoigne had an internal career which made him become a national hero. Following that, he played for the likes of Rangers.

Gascoigne is a Legend of the Scottish club. Paul’s Rangers’ glory days have motivated the likes of John Lundstram, Joe Aribo, Alfredo Morelos, Amad Diallo, Aaron Ramsey, etc. These players are doing wonders at the Scottish club – as of the 2021/2022 season.

Football indeed became his only refuge and the rest, as they would say, is now history.

Behind every great man, there’s a great woman, or so the saying goes. And behind almost every England Legend, there’s been a glamorous wife or girlfriend.

Sheryl Gascoigne rose to prominence because of her high-profile relationship and later marriage to footballer Paul Gascoigne.

Having met around 1990, they were married in Hatfield, Hertfordshire, in July 1996 after they had been together for around six years.

Unfortunately, their marriage was turbulent and ultimately short-lived, ending in divorce in August 1998.

Paul’s demons rose during his marriage years which made him experience difficulties with alcoholism and, worst of all, physically abusing Sheryl, his wife.

Even Paul admitted severally to domestic violence towards Sheryl during their marriage. 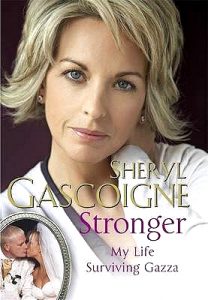 Gascoigne had a son, Regan, with Sheryl and also adopted Sheryl’s two children from her first marriage, Mason, and Bianca.

Despite being an alcoholic, Paul was a good father. Below is Paul Gascoigne feeding his baby son Regan with his wife Sheryl’s young children, Mason and Bianca.

Bianca (seen above and below) is now a glamour model and television personality and appeared on the reality TV show Love Island. 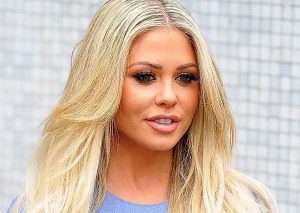 Paul Gascoigne’s father, John Gascoigne, died from cancer aged 72 in February 2018. He was laid to rest in Gateshead with his son (Paul), family, and friends, paying tribute and a perfect send-off to him. 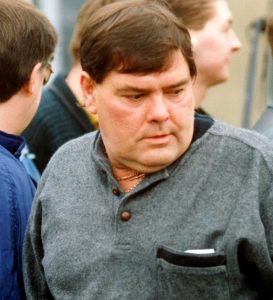 Before his death, John Gascoigne was forced to give up work in 2008 when he almost died from a brain haemorrhage.

One of Paul’s greatest memory is his moment with his dad at the launch of his new book ‘Gazza: My Story’ in 2004. 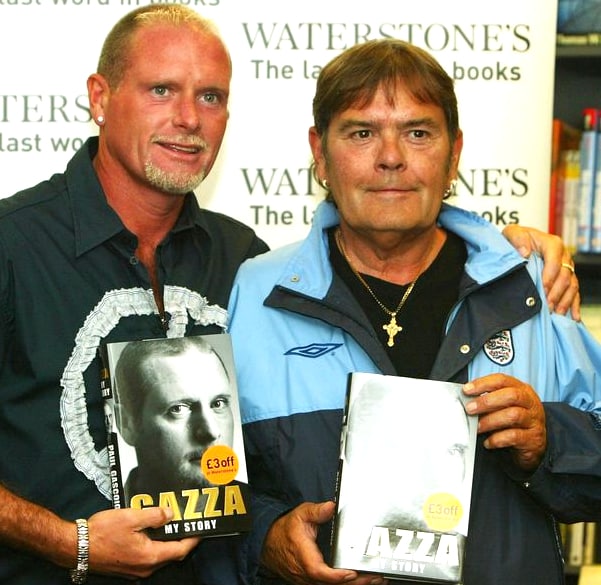 John and his pretty wife Carol, raised four children, Carl, Lindsay, Anna, and Gazza, his second eldest, at a council home in Gateshead. 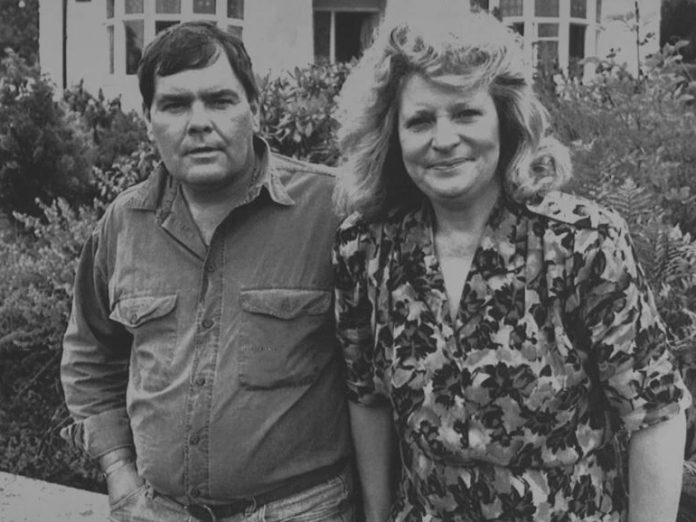 Initially, his family lived in a single upstairs room in a council house with a shared bathroom and moved several times during Gascoigne’s early life.

When he became a star, Gazza paid his dad back over and over again – by buying him a house, a Merc, and at one stage a £70,000 Rolls Royce.

Paul Gascoigne’s family was once marked by Domestic violence between siblings (Carl, Carol, Anna, and Lindsay) escalated when his hod-carrier father headed to Germany in search of work, where he spent a year while his wife ended up with three jobs to make ends meet.

This was a time young Gascoigne was beset with depression, insecurities, and calamities as stated in his autobiography, Gazza.

It all happened on the 4th day of July 1990 when England played West Germany in a World Cup semi-final match at Juventus’s Stadio delle Alpi in Turin.

Gascoigne, having already received a yellow card during England’s 1–0 victory over Belgium in the second round, was booked for a foul on Thomas Berthold, which meant that he would be suspended for the final if England won the match.

Television cameras showed that he had tears in his eyes following the yellow card. This act made Gascoigne a highly popular figure with the sympathetic and emotional British public.

The match culminated in a penalty shoot-out, which unfortunately saw England lose to the Germans after Stuart Pearce and Chris Waddle missed their penalties. 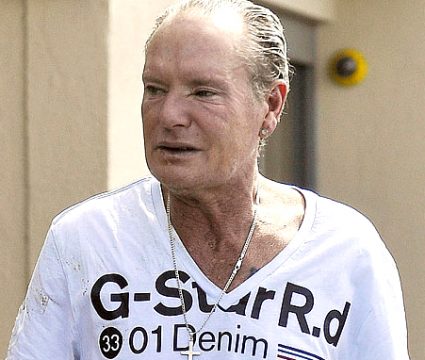 Above is a picture of the troubled ex-footballer looking dishevelled as he was being helped into an ambulance after apparently being found slumped outside his home clutching a bottle of vodka.

Fans and friends expressed their shock at the image of him looking older than his age, very pale and thin.

Gascoigne’s chronic alcoholic problems first emerged in October 1998 when he was admitted to Priory Hospital after a drinking session where he drank 32 shots of whisky, which left him at “rock bottom”.

It was then manager Bryan Robson who helped him get to the clinic while he was unconscious.

He was released two weeks into the suggested minimum stay of 28 days. Despite showing promises, he eventually returned to drinking alcohol defying doctors’ orders, and unleashing his full demons. 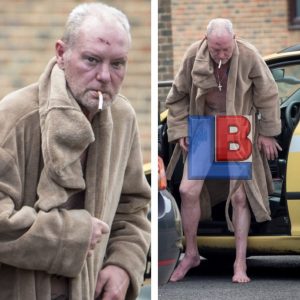 As part of a continued rescue and treatment, DJ Chris Evans, Gary Lineker, Piers Morgan, and Ronnie Irani paid for him to return to rehab in Arizona in America, at a cost of £30,000.

Despite all prayers, Paul’s demons still re-surfaced as he was later diagnosed with bipolar disorder also known as manic-depressive illness, a brain disorder that causes unusual shifts in mood, energy, and activity levels.

In November 2008, Gascoigne was faced with a bankruptcy petition over a £200,000 tax bill, having not filed any tax returns for more than two years. On 25 May 2011, he avoided being declared bankrupt by the High Court in London, despite still owing £32,000.

On 27 December 2016, Gascoigne was hospitalized with head injuries, including broken teeth, after being kicked in the back downstairs in a London hotel, where he allegedly made racist remarks, according to a witness.

Gascoigne was hailed as a hero on the 17th of April 2017. This came after he reportedly confronted and repelled would-be burglars of a neighbour’s home near his own in Poole. He was treated in the hospital for injuries sustained.

Paul Gascoigne Facts – What others say about his Career:

“He was aggressive, very physical, but at the same time very technical, fantastic characteristics that you need to be a top footballer.” – Jose Mourinho

“He was the best player of his era, a breath of fresh air because he played with a smile.” – Sir Alex Ferguson

“When I was a kid, Paul Gascoigne was my hero. He was the one I always looked up to and wanted to be.” – Frank Lampard

“He’s one of the best footballers I’ve ever played with. He had the lot.” – Terry Butcher

“I always say Gazza is the best player I’ve played with. In 1990 he was just unbelievable in the World Cup … He was challenging Maradona as the best player in the world at that time.” – Bryan Robson

“One of the most intelligent players on the pitch, he could see things so quickly and make things happen.” – Gary Mabbutt

“He was a lovely boy, lovely, such a heart. But a troubled boy. He ate ice cream for breakfast, he drank beer for lunch … But a player? Oh, beautiful, beautiful.” – Dino Zoff

“He gave me five pairs of shoes and a fishing kit. I have no idea why, but that was just like him.” – Alessandro Nesta

“In his prime, he was one of the best players in the world. He glided with the ball in a way that made him virtually untouchable for opponents.” – Brian Laudrup

“There haven’t been many finer English players in my lifetime. No one dropped their shoulder like Gazza.” – Ray Parlour

“Probably the best player I played with. What more can I say? He’s a maverick, he just had everything.” – Paul Ince

Please contact us  (via comment) if you notice anything that doesn’t look right in Paul’s memoir. Don’t forget to stay tuned for more related Classic Football Stories from LifeBogger. The Story of  Adriano, Roger Milla and Roberto Carlos would interest you.

On a final note, kindly give us your feedback about the Legendary Paul Gascoigne and his amazing Biography.

Love Gazza.haha never seen him play I m not even a football fan but Kive him