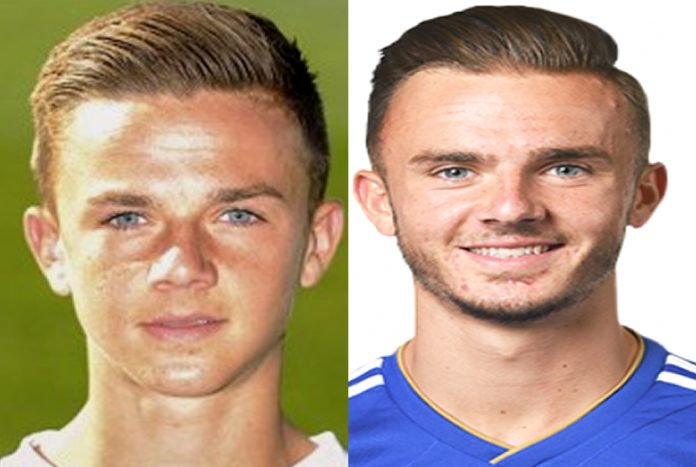 LB presents the Full Story of a Football Genius who is best known by the nickname “Madder“. Our James Maddison Childhood Story plus Untold Biography Facts bring to you a full account of notable events from his childhood time to date. The analysis involves his early life, family background, life story before fame, rise to fame story, relationship and personal life etc.

Yes, everyone knows he is one of the best English attacking midfielders of his generation. However, only a few consider James Maddison’s Biography which is quite interesting. Now without further ado, let’s Begin.

James Daniel Maddison was born on the 23rd day of November 1996 to his mother, Una Maddison and father, Gary Maddison in Coventry, England. James was born as the first child and son to his lovely parents, Una and Gary pictured. 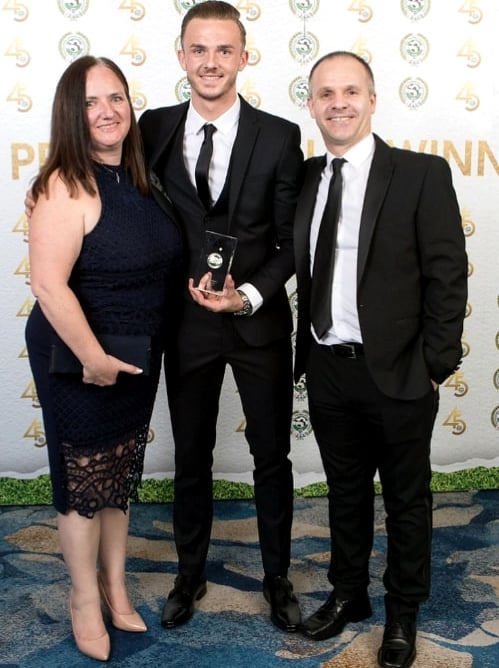 Contrary to popular belief, James Maddison has his origin from the Republic of Ireland through one of his grandparents who are Irish.

Maddison grew up with his little brother and he was initially from a middle-class family background. This was before football monies elevated his household. Back then, he had a close-knit family household which had many Manchester United supporters including James himself. Below is a piece of video proof which shows Maddison wearing Manchester United jersey while playing football as a boy.

How he fell in love with the Game:

James Maddison’s family home was just a two minutes drive from the Alan Higgs Centre which is the home of Coventry City Football Academy. 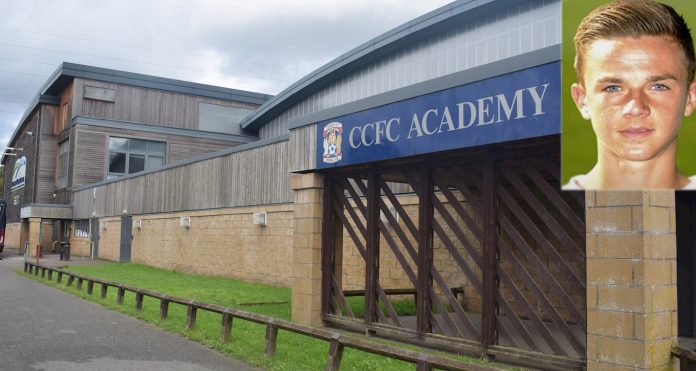 This close proximity became a reason for Maddison’s continuous interest in becoming a professional which he never saw as a passing fantasy.

Football without a doubt steered young Maddison away from other poor career choices he could have made as a child. He started out by having his parents enroll him as a pre-Academy student while still at Richard Lee Primary School.

Maddison’s pre-academy years helped laid in him a good football foundation which at the end clearly paid its dividends. He was among other kid footballers who spent their evenings (after school hours) playing football, the only sport they love. Below is a piece of video proof of Maddison’s pre-academy training session which happened around March 2004.

Maddison was among the smallest kid who passed academy trials that got him enrolled with Coventry youth at the age of 9. This was a time his parents had his school changed. Maddison at this time attended Caludon Castle School.

Life in the academy is fun, but Maddison had to make a lot of sacrifices early on. He was quick to climb his way up from the smallest and average boy to the very best student in his academy age ranks. Such growth came as a result of hard work which led to awards gotten from his role for participating in competitive games. See video proof below;

James Maddison during the early teen years began to exhibit the true instinct of an attacking midfielder and playmaker for his Coventry team. Despite being small, Maddison became a Show-Boy who would deliver whenever being tasked to create goals. That feat resulted to him given the No:10 jersey.

“The No:10 roles helped me build my personality because the central midfield was always packed with big, strong boys who played defensive midfield as opponents,” says Maddison.

Below is a video proof James Maddison’s early goal creation and setup skill.

James Maddison according to TheGuardian once admitted to taking elements of Philippe Coutinho’s game into his own. Maddison’s No:10 roles saw him not just developing a penchant for scoring and collecting trophies. Find below, a piece of video evidence.

James Maddison ended his youth career as one of the greatest and most skillful players in his Coventry generation. Due to his ability to score and create goals, he was hired to play Cage Football tournaments where he exceeded expectations as usual.

The 2013-2014 season saw Maddison being included in the Coventry first-team squad where he continued to shine. 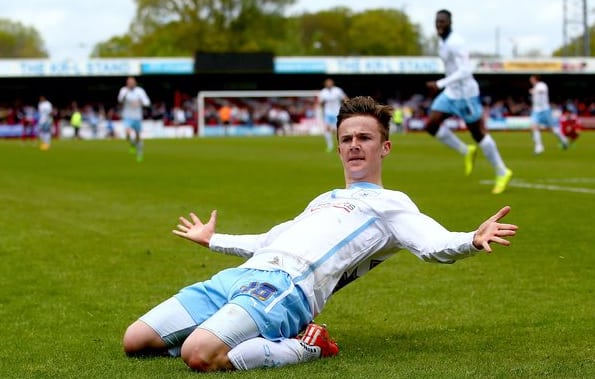 In January 2016, even while in the third level of English football (League One), Maddison became courted heavily by the Premier League clubs with Liverpool being particularly keen to buy him. However, he felt the time was not right for him to play in top-flight English football.

Maddison decided to move to Norwich so he would remain close to his family. The following months, his performance for his club team saw him being included in an England under-21 squad in March 2016. 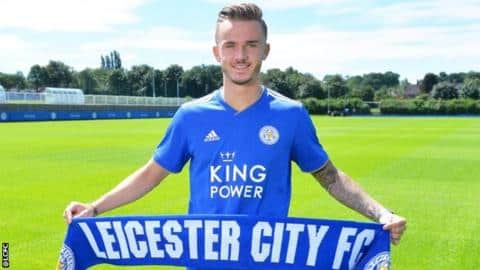 Following an impressive 2018/2019 start for Leicester with back-to-back Premier League goals, current England manager Gareth Southgate was forced to call James Maddison together with fellow English star Jadon Sancho to the senior team in October 2018. This impressive feat saw Maddison’s dream of playing for his country no longer a passing fantasy. The rest, as they say is history. 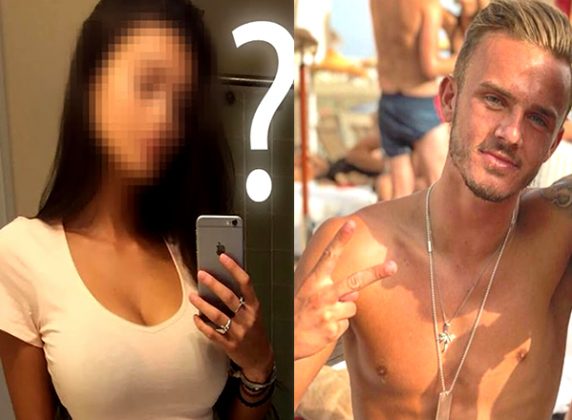 The possibly hidden romances of James Maddison is one which escapes the scrutiny of the public eye simply because his love life is very private and possibly drama-free.

Truth is, James Maddison has preferred to focus on his career and has sought to avoid any spotlight on his private life. This fact makes it difficult for us to have facts about his love life and dating history.

Getting to know James Maddison personal life would help you get a complete picture of him. 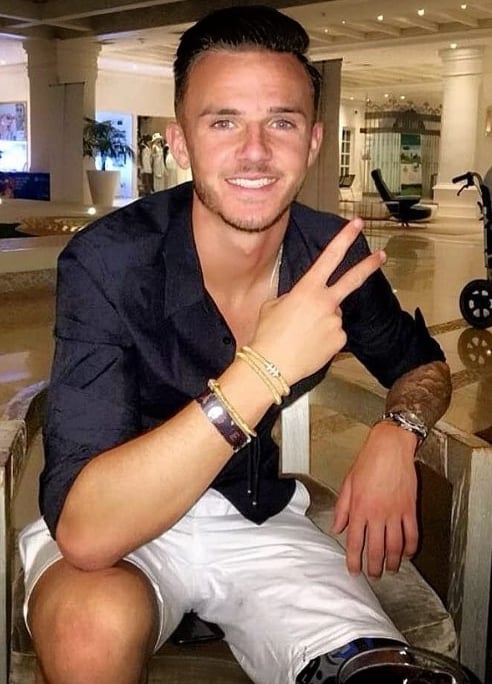 Maddison is a curious and energetic person who has an open mind and a great sense of humor. His enthusiasm for life and most importantly his family has no bounds. This is witnessed in his playful and humorous behavior to people he loves.

Maddison has a strong support network from his one-time middle-class family background. Everyone has contributed to his including his beloved dad Gary Maddison as seen in the video of his youth below.

Despite the support, James knows ultimately it is down to him to perform and show what he can do on the pitch. Despite establishing a father-son relationship with his dad on the football court, Maddison is known to be much closer to his mum as revealed from his social media post. 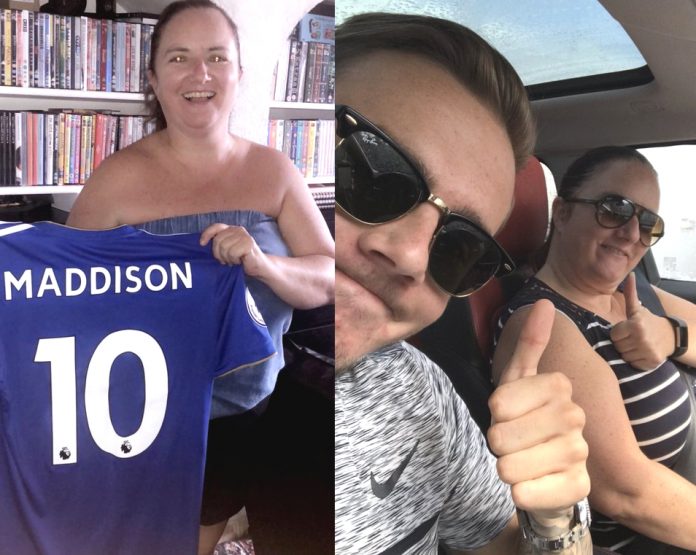 Both his mum and dad still have the habit of watching live, their son’s whole game in a full season and would not mind traveling up and down the country on weekends and weekdays to watch James do what he does best on the field of play.

James Maddison has his arm full of tattoos which is just not drawn for fashion sake. All tattoos in his left arm are special to him. 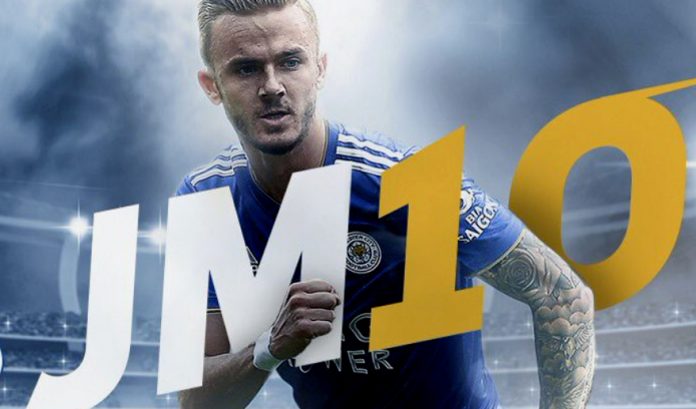 Maddison has drawn tattoo to denote facts about his family which has the biggest part that reads; “The love of a family is life’s greatest blessing.”

Also, that special moment of his professional debut is also marked as a tattoo on his arm. Its the day his dream of becoming a professional footballer finally came true.

James Maddison was once caught up in a scandal involving him, his friends and some group of strangers. He once boasted to strangers of his onetime £7,000-a-week salary before his friend allegedly attacked one of the men for not recognizing Maddison as a celebrity. When asked to narrate the incident, one of the victims said;

FACT CHECK: Thanks for reading our James Maddison Childhood Story plus Untold Biography Facts. At LifeBogger, we strive for accuracy and fairness. If you find something that doesn’t look right, please share with us by commenting below. We’ll always value and respect your ideas.

James Maddison is Leicesters amazing beaut little superstar ..he is one of the most respectful well spoken young men of today ..mr &mrs maddison he is a credit to you. He will be another legend and has all the qualities if a life long sports personality.