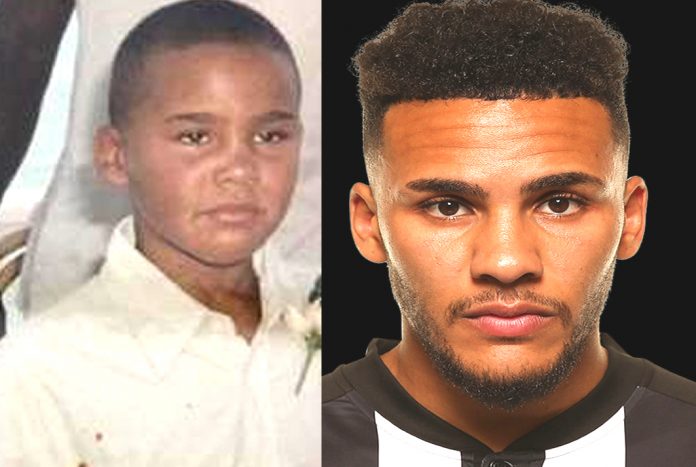 LB presents the Full Story of a Football Genius who is simply known by the name “Star Boy”.

Our Jamaal Lascelles Childhood Story plus Untold Biography Facts brings to you a full account of notable events from his childhood time to date.

Yes, everyone knows he holds the record for being appointed the youngest captain in the Premier League.

However, only a few consider Jamaal Lascelles’ Biography which is quite interesting. Now without further ado, let’s Begin.

Jamaal Lascelles was born on the 11th day of November 1993 to his mother, Jill Lascelles and father, Tim Lascelles (a former British Basketball League veteran) in the English city of Derby, United Kingdom. Below is a photo of Jamaal Lascelles’ lovely parents. 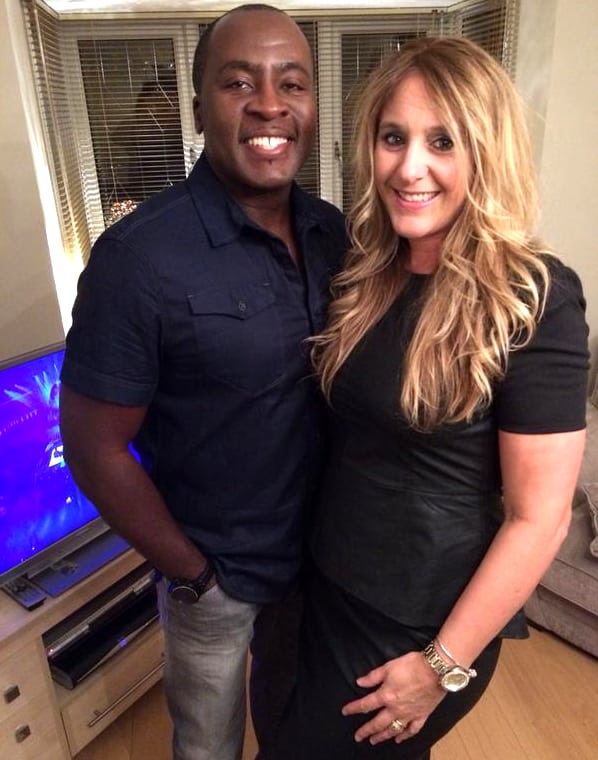 Looking at his parents above, one would suggest that Jamaal Lascelles has African roots owing to his dad’s appearance.

Jamaal pictured below grew up with his brother Rema, in a happy home headed by his ever-loving parents who had their wedding when both boys were little (pictured below). 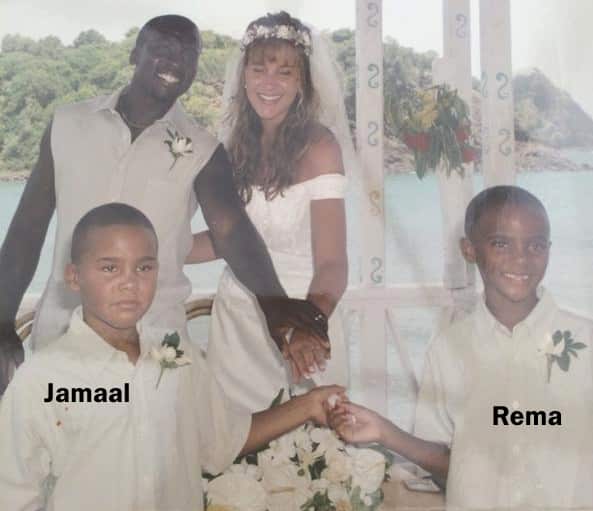 Ideally, sincerity and drive have been part of Lascelles’ make-up since childhood. Since Jamaal Lascelles was a little kid, he had always wanted an extra of all sports (football and basketball inclusive).

Jamaal Lascelles’ first sporting successes came with the ball in his hands rather than at his feet.

Ideally, he grew up playing basketball in a bid to following his father’s footsteps. He didn’t get into football until a bit later on. As he once said…;

From the age of four or five, my dad would put a basketball in my hands, and we’d go and watch him play and train every single day.

“He’d get us from nursery and take us down, and me and my brother would sit there and watch him play. It got to an age where I had to decide whether I wanted to play football or basketball.”

Unlike some parents would do, Jamaal’s parents were key to supporting his decision to bowed to football’s lure instead of basketball.

Jamaal’s decision to play football came due to the fact that basketball wasn’t as massive as football is in England.

After making up his mind, his parents gave him the necessary support on how to go proceed with his newfound career. They took him to Nottingham Forest youth system where Jamaal had a successful trial.

Jamaal Lascelles’ passion for football saw him enrol on the roster of Nottingham Forest local youth team, which gave him the stage to showcase his talents.

Jamaal showed an early promise after joining Nottingham Forest youth setup. As a kid, he wasn’t the most talented of the most gifted player, so Lascelles had to work hard. As Jamaal puts it at NUFC interview;

Some players, if they’re doing well, will take their foot off the gas, but for me that’s even more of a reason to work even harder. That’s just how I am.

In the year 2011 at the age of 18, Jamaal Lascelles was promoted to the Nottingham Forest first team.

Three years after his senior career start, 20-year-old Lascelles had gone to establish himself as one of the most highly-rated young defenders. 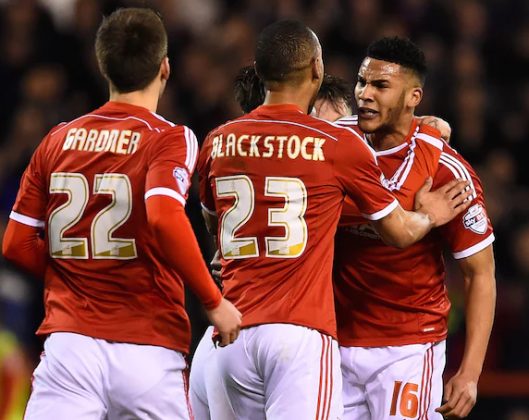 His improvement was also evident during at the time he had a successful trial for England. During his under 21 years for England, Lascelles attracted the interest of Newcastle who acquired him in 2014.

At every opportunity he got at Newcastle, Jamaal gave in his best. His commanding displays as seen in his fight and hunger to succeed made the country sit up and take notice.

His hard work was rewarded on 4 August 2016, the day he was chosen by Benítez to become the new Newcastle United team captain, succeeding the departed Fabricio Coloccini.

To date, Jamaal Lascelles’ ability to deal with fame is directly proportional to the way he defensively handles the ball in the 6-yard box. The rest, as they say, is now history.

Behind every great man, there’s a great woman, or so the saying goes. Behind a successful Lascelles, there’s a glamorous wag as seen in the person of Harps Rai, pictured below. 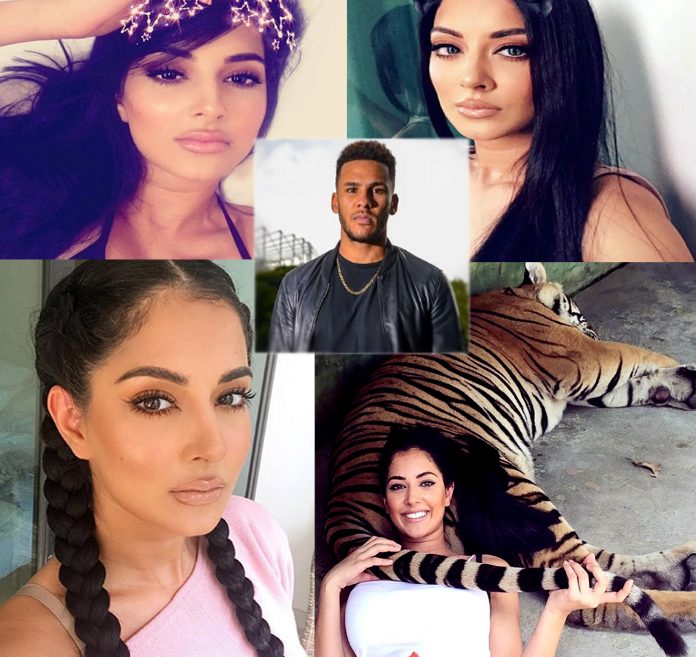 Most Newcastle fans have described Jamaal Lascelles Girlfriend, Harps Rai to have a similar resemblance to Kim Kardashian.

As far as his family background is concerned, Jamaal holds an upper-class status thanks to his dad Tim, who made lots of monies from his basketball career. 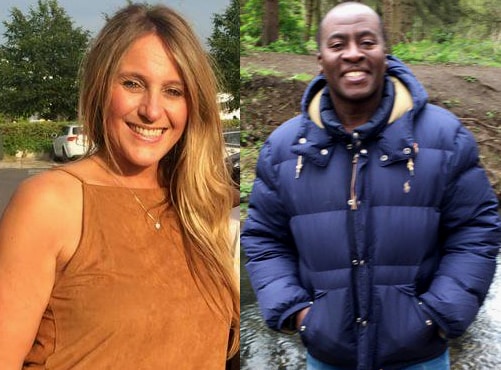 Jamaal Lascelles was raised in a house of total love and respect. His parents who have been together for almost 20 years of marriage (see marriage photo below) has shown a good example to their kids and loved ones. 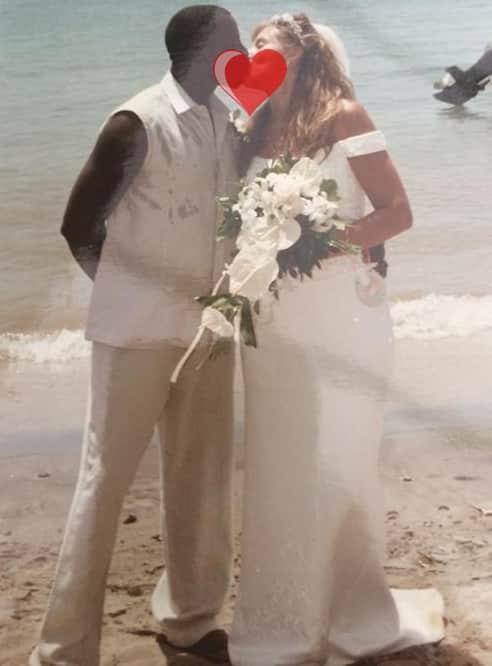 It is painful that footballers like Jorginho, Alexis Sanchez and Memphis Depay never saw their parents being together before they crossed age 8.

For Lascelles, his dad worked very hard and my mother has been incredibly devoted to him. Ideally, Jamaal has a very happy extended family, as seen in the photo below. 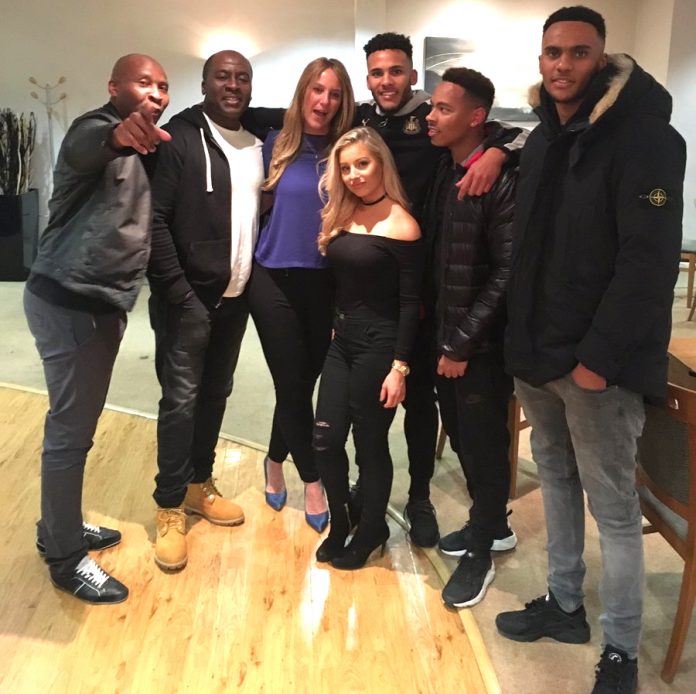 Success is no accident for the Lascelles family. It is hard work, perseverance, learning, studying, sacrifice and most of all, togetherness as seen in the photo below. 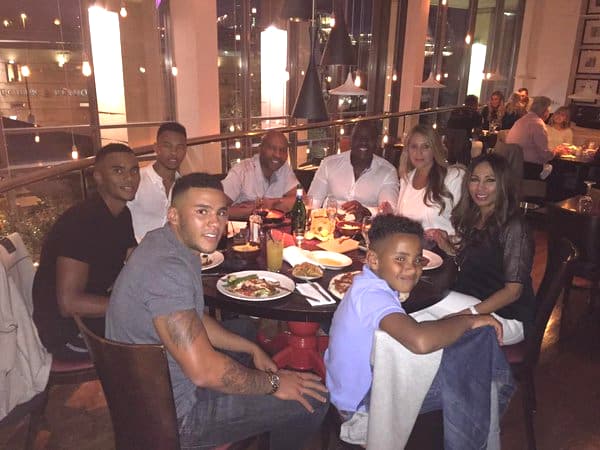 About Lascelles’ Mum: When it comes to closeness, Jamaal’s mum takes the upper hand unlike his dad and his siblings.

Did You Know??… The first phone call Jamaal made when he was initially handed his Newcastle captaincy title was to his mum. 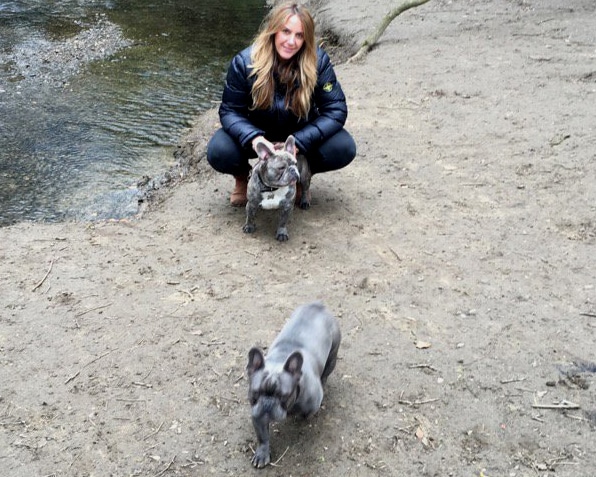 Lascelles acknowledges the role of his mother, who is a regular watcher of his games and a big love of her dogs.

Jill once posted a tweet that trended over 1,000 retweets revealing that she used to give her song £5 for every goal he scored back in his teenage days.

Brothers: Rema Lascelles is the brother of Jamaal Lascelles. Rema, unlike Jamaal, followed his father’s footsteps by sticking with basketball. 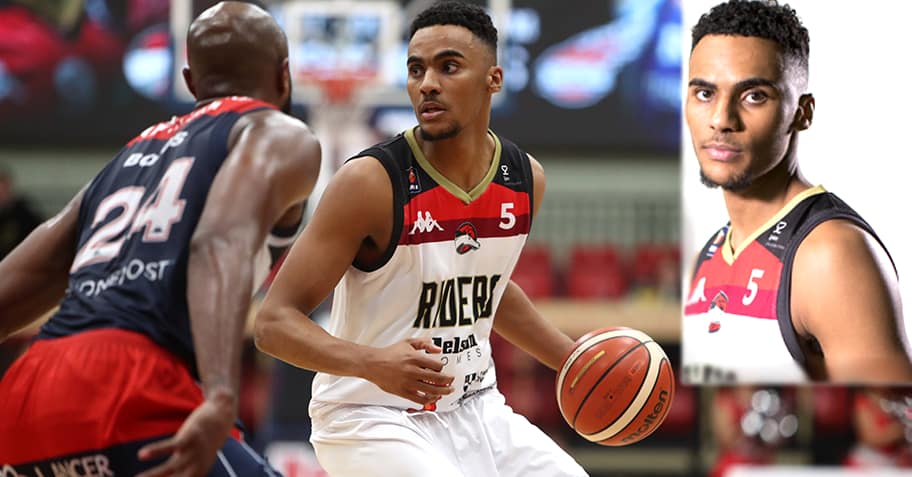 As at the time of writing, Rema plays for the Men’s Basketball at Hawaii Pacific University, a private university located in Honolulu, United State.

He Graduated from Derby College in Derby, England, where he played basketball for Great Britain U20s where he won the EBL D1 Trophy. 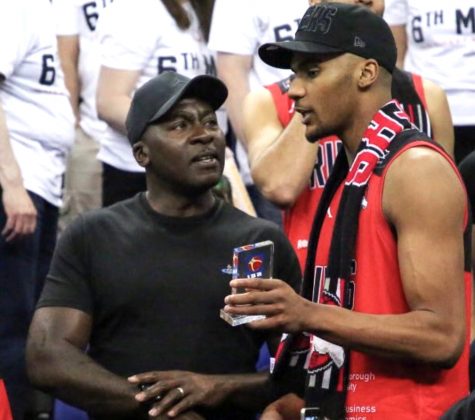 Jalen Lascelles: Jalen is Jamaal Lascelles’ youngest brother. He is 11 years old at the time of writing. 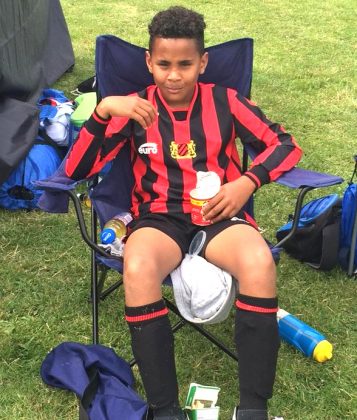 Jalen plays for Nottingham Forest youth club. Early on, he chose to follow Jamaal’s brother’s footsteps as his dream is to someday play for Newcastle United.

Jalen is very well trained. He is reserved and loves home chores. 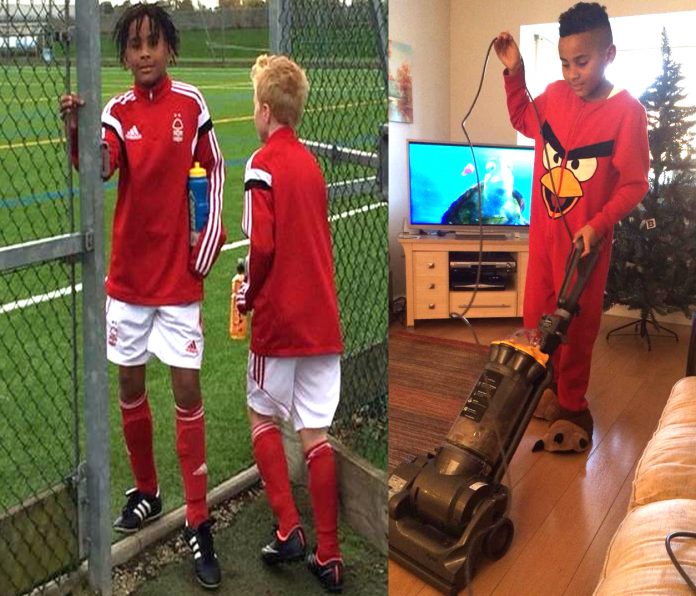 On 23 April 2014, Jamaal Lascelles’ name was all over the news due to him being at the centre of a bar assault. 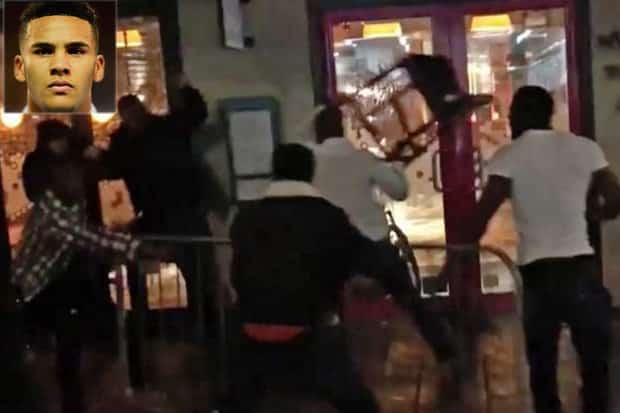 Jamaal was accused of aggravated assault at a Derby nightspot, This led to him being arrested and charged to court. 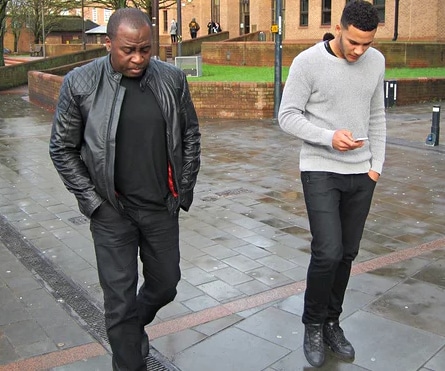 Lascelles was bailed after a formal plea to the charge. Judge Jonathan Gosling granted Lascelles conditional bail after analysis of CCTV evidence.

It was apparent via CCTV that Jamaal was not responsible for the injuries sustained by the victim.

As of the 23rd of February 2015, his case was cleared. After which, Lascelles said on Twitter;

“After being wrongly accused and charged with assault, I can now happily say all charges have been dropped and my name has been cleared.”

In October 2017, Jamaal Lascelles had a training ground fight with teammate Mohamed Diame. 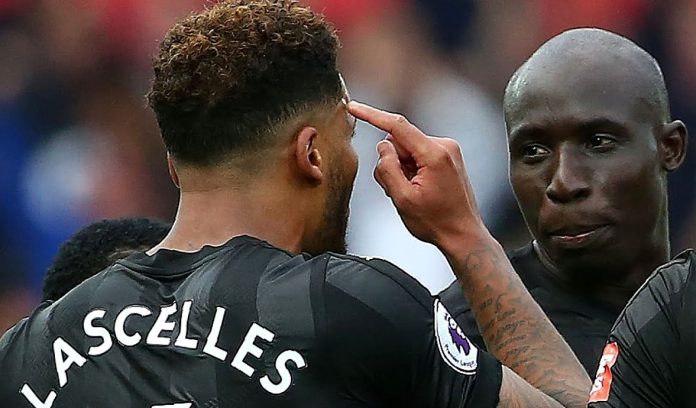 The two players felt ashamed of their mistakes and were quick to apologise to fellow teammates, club management and fans. To makeup, they offered to take the entire first-team squad and staff out for lunch.

About being a Captain:

Jamaal Lascelles was made a skipper by Rafa Benitez because of his natural leadership skills. This is what he has to say about having the captaincy armband on his shoulders. 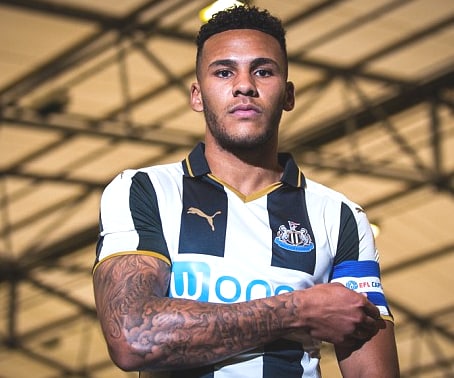 “I THINK, BEING CAPTAIN, I’VE HAD TO ADAPT IN THAT WAY AS WELL, HOW I AM WITH SOME PLAYERS, WHAT I CAN SAY TO CERTAIN PLAYERS AND CAN’T TO OTHERS, DO YOU KNOW WHAT I MEAN?

GETTING TO KNOW PLAYERS. I THINK I’VE DONE THAT WELL, AND I THINK THE BOYS DO LOOK UP TO ME, THE WAY I AM IN TRAINING AND AROUND THE PLACE.”

FACT CHECK: Thanks for reading our Jamaal Lascelles Childhood Story plus untold biography facts. At LifeBogger, we strive for accuracy and fairness. If you see something that doesn’t look right in this article, please place your comment or contact us!.