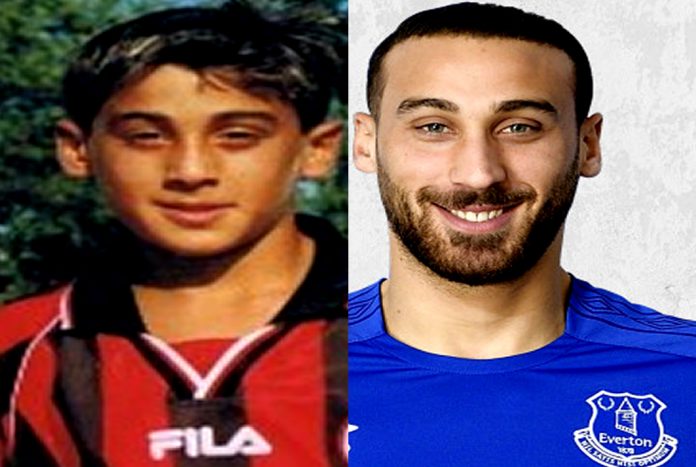 LB presents the Full Story of a Football Genius who is best known by the nickname “Paşa“. Our Cenk Tosun Childhood Story plus Biography Facts brings to you a full account of notable events from his childhood time to date. The analysis involves his life story before fame, family background, relationship life, and many other OFF-Pitch facts (little known) about him.

Yes, everyone knows he is football’s ‘smartphone‘ striker who can use both legs and head. However, only a few consider Cenk Tosun’s Bio which is quite interesting. Now without further ado, let’s Begin.

Cenk Tosun was born on the 7th of June 1991 in Wetzlar, Germany to his mother, Selma Tosun (from an American family background) and father, Şenol Tosun. Below is a photo of his German immigrant parents. 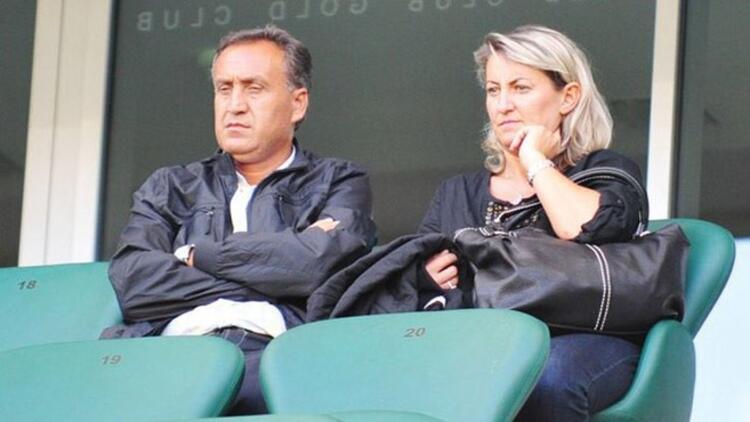 Tosun grew up with his sister, Ayşen Tosun and uncle, Taner in the Turkish diaspora in Germany. Back then, Tosun together with his dad, mum, sister and uncle lived in a house overlooking the river Lahn in Wetzlar. 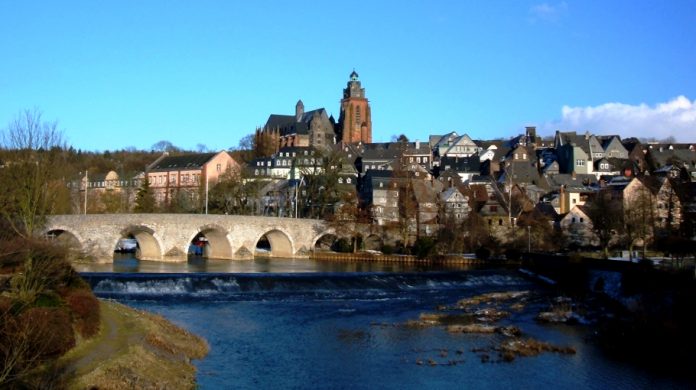 Tosun’s parents were among those who arrived in the country as Gastarbeiter (or ‘guest workers’) in the 1970’s. Tosun’s mother, Selma was originally from Ankara and his father from the Aegean city of Denizli. This by implication means Tosun is German Born but Turkish Through & Through.

Dad’s Failure & the Dream: Tosun father’s dream was to become a footballer right from childhood. Unfortunately, Şenol abandoned his football hopes while he was 15 years old.  Theis was due to the fact that he had no financial support and he wanted to find a better job and earn monies to take care of his little brother, Taner. While he started working, he vowed that he would make his unborn son (in this case; Cenk Tosun) become a professional footballer. Let’s see how he did that.

Back then, every day, as soon as Tosun’s dad returned from his work, he gets his son, Tosun on his right-hand side of his long chair and his brother, Taner (Tosun’s uncle) on the other side. They would all start watching the tapes of Gabriel Batistuta, a famous Argentinean striker whose childhood story we have written about. Şenol Tosun would allow his son to re-watch the Argentine’s video severally as a way of fusing his destiny into him.

The Action time finally came, the moment Şenol started executing his dreams. One day Şenol smashed his son in the garden and told him;

“Son, i want to tell you something. I want you to play like Gabriel Batistuta for me”

Tosun’s dad started giving his son firm footings since his request to play like Batigol. Upon seeing him developing the passion for soccer early on at age 3 (1994), Şenol Tosun decided to enrol his son on the roster of a local youth team, SV 07 Raunheim who gave him the stage to further showcase his talents.

After developing in the club for 3 years, his parents thought about making their son develop further at a popular club. Further on, Tosun (pictured below) had a successful trial at Eintracht Frankfurt’s youth system. 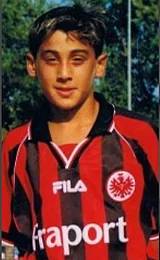 Asides football activities at Eintracht Frankfurt, Cenk Tosun also had personal training with his dad whom he describes as very strict in every sense of the word that concerns football. It was a hallmark which ensured that a young Tosun was disciplined when he makes football mistakes. One day, Şenol Tosun asked his son;

For the meantime, I want you to only shoot with your left foot and also with your head

By implication, Şenol Tosun went further and forbid or banned his son from shooting with the right foot for a while in a bid to strengthen his left. Just like Ross Barkley and Pedro Rodriquez, Cenk is now a master of the left foot and head.

It is painful for an 20-year-old to be denied into senior football after spending more than a decade in his youth club. This was the case of Cenk Tosun who saw a sore point in his life after being denied his graduation into senior football with Frankfurt despite a two-season wait. Speaking about it, he once said;

“I was at Eintracht for 14 years, I saw my youth team coach more often than my father,” he said. “I was more often in the Eintracht locker room than in my own bedroom. I carry the club in my heart, i think i deserve a chance for senior football. it’s painful to be left out of the senior squad. I never wanted to leave.”

Painfully, this happened even while he was a record goal scorer for the youth team. After a two-season wait, he got fed up and decided to leave Germany. Tosun left his family and friends behind in Germany to take up an offer from Gaziantepspor in south-eastern Turkey where his senior career took off. At the club, he found his feet almost immediately.

After scoring 39 goals in two seasons for Gaziantepspor, Tosun felt the need to move to a bigger club to fight for his place. Beşiktaş became his destination. At his first two seasons with the club, Tosun competed with Demba Ba and Mario Gomez in the pecking order. In his words;

“I learned a lot from Demba Ba and Mario Gomez,” he said. “through them, i developed and gained a lot of experience.”

After his second season, Tosun took centre stage after that, scoring 21 goals and providing five assists as Besiktas won a second consecutive Super Lig title. Afterwards, he increased his goal haul, surpass his superiors and broke fully into the starting XI. Tosun scored 42 goals for the club for about two seasons.

Origin of Nickname: Tosun while scoring goals became affectionately known in his homeland by the nickname “Paşa”, an Ottoman word which translates to someone with a higher rank in the Ottoman Empire Military System, such as a general.

His goal banging form attracted Everton who went after him in the January 2018 transfer window. Did You Know??..Everton paid a fee which is a mammoth 50 times greater than the total fees it cost both Gaziantepspor and Besiktas to sign Tosun. The rest, as they say, is now history.

Behind every great man, there’s a great woman, or so the saying goes. And behind almost every successful German Turkish footballer (name them; Mesut Ozil, İlkay Gündoğan and our very own Cenk Tosun etc), there’s a glamorous wag or girlfriend.

This is seen in the person of  Ece Akgürbüz who has been in a long term relationship with Cenk Tosun. Ece Akgürbüz got married to Cenk during his breakthrough year of 2016. 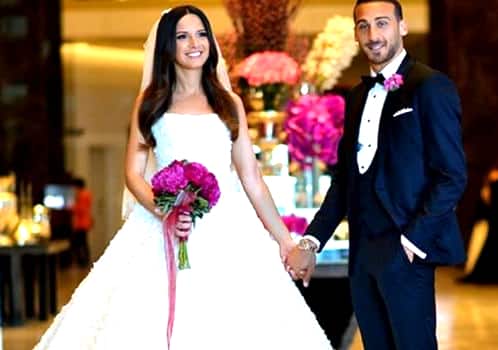 Below is their wedding photo at the time they exchanged wedding vows. Both look so in love.

The pair have posed for hundreds of selfies on Instagram and appeared to be absolutely besotted with each other.

Since wedding, fans to picture them travelling to hotspots around the world including Las Vegas, Los Angeles and New York.

They are always seen in snaps which showcases them enjoying their lives. An example is seen below. 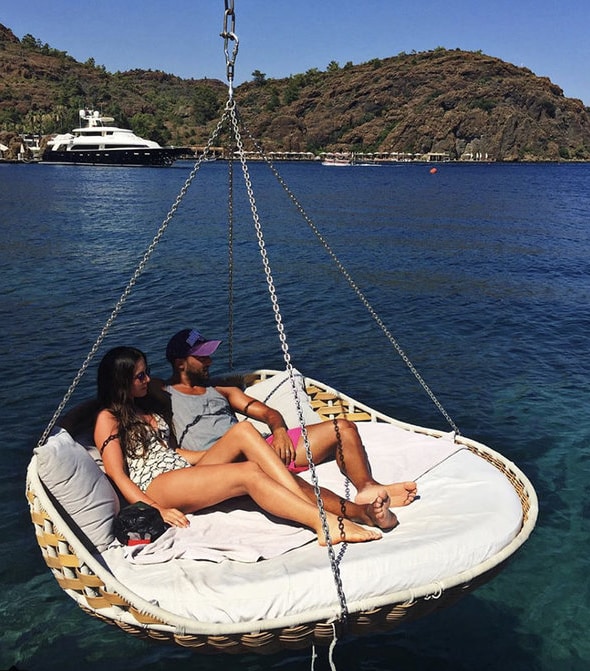 Below is another photo of Cenk Tosun and his wife on a boat Cruise. A pefect way to spend his holiday. 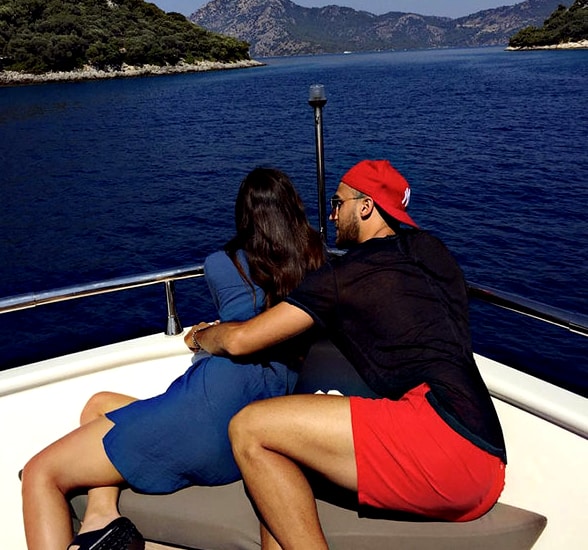 Another photo of the couple living it large at fancy restaurants and clubs.

Recently, they both stood arm in arm in London’s Oxford Street as they sought to get to grips with the country they will now call home.

Cenk Tosun was sent off for Turkey after supporters attack his father while he was playing a world cup qualifier match.

The forward was shown a straight red card after leaving the pitch to confront fans who were reportedly tried to attack his family with flares they set up. Tosun understandably reacted with utter fury. 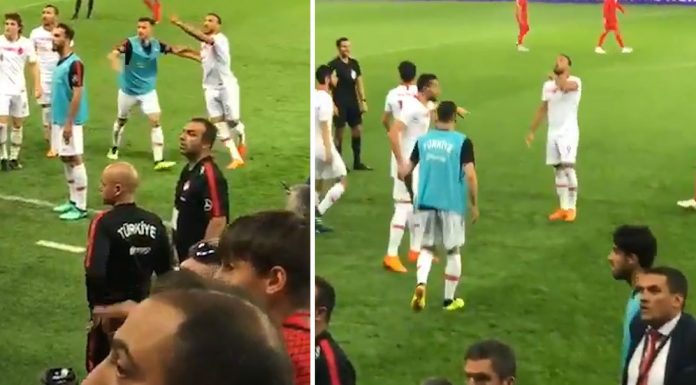 Tosun’s father and other family members were reportedly struck by flares set off by fans, and he understandably reacted with utter fury. Due to his anger and rage, Tosun had to be forcefully restrained by his teammates. Indeed, he was very upset with whatever it was that he saw. Watch video below;

After the game, Tosun released a statement stating that he regretted his reaction, claiming that is not how a captain should behave. In his words with a Turkish outlet newspaper, he said;

“When I turned my head, I saw a quarrel with my father and some fans. I was afraid he could get hurt with flares they had with them. I was wrong because I didn’t know the whole story. Character is more important than football. It was an unbecoming gesture. I apologise. I guarantee it won’t happen again.”

Cenk loves watching the NBA as he is a big fan of Michael Jordan and his NBA number 23 shirt which the legend wore for the Chicago Bulls. 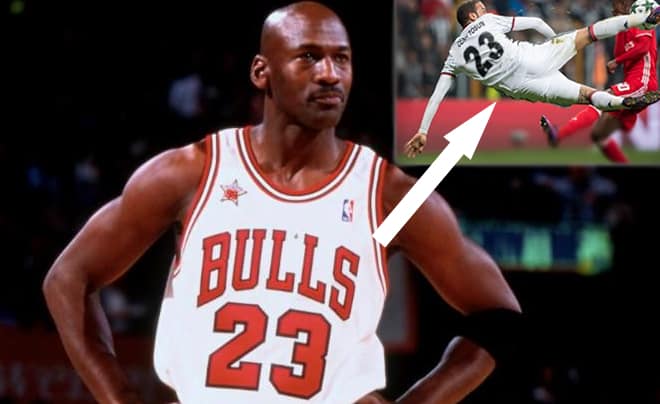 Some time ago at the beginning of a season in Beşiktaş. Mario Gomez was told by the club’s management that;

“Al 9 is yours. Please accept the shirt number”

FACT CHECK: Thanks for reading our Cenk Tosun Childhood Story plus untold biography facts. At LifeBogger, we strive for accuracy and fairness. If you see something that doesn’t look right in this article, please place your comment or contact us!.