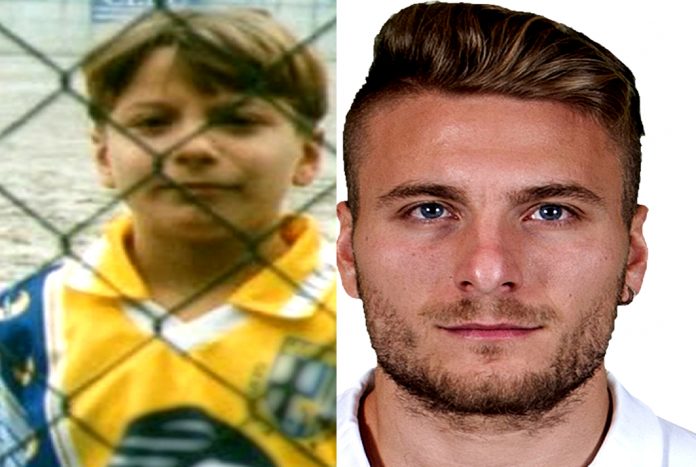 LifeBogger presents the Full Story of a Football Genius who is best known by the name “Immobile“.

Our version of Ciro Immobile’s Childhood Story, including his Untold Biography Facts, brings to you a full account of notable events from his childhood time to date.

The analysis of the Italian Forward and Goal Machine involves his life story before fame, family background, relationship life, and many other OFF-Pitch facts (little known) about him.

Just like Gianluca Scamacca, everyone knows of his excellent finishing skills. However, only a few have read an in-depth version of Ciro Immobile’s Biography, which is quite interesting. Now without further ado, let’s Begin.

For Biography starters, Ciro Immobile was born on the 20th day of February 1990 at Torre Annunziata, Italy. He was born to his father, Antonio Immobile, and to his mother, Michela Immobile.

Growing up in his hometown (Torre Annunziata pictured below) which is situated at the foot of Mount Vesuvius, young Immobile’s overzealous disposition to playing football gave his parents reasons to be concerned about their building’s structural integrity. 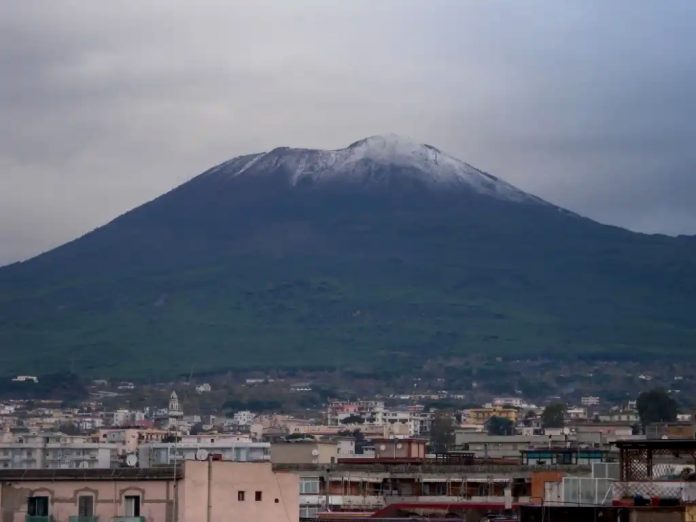 Their concern had little to do with the active volcano of adjacent Mount Vesuvius, which has twice destroyed the city of Annunziata.

It was mostly focused on Young Immobile’s destructive tendency to convert their living and bedrooms to a football pitch where he took shots with reckless abandon. 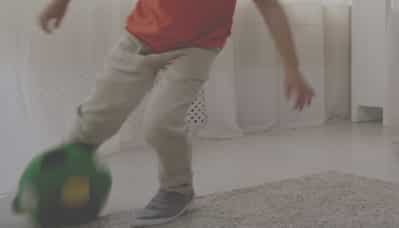 Immobile’s childhood quirks also raised concerns about the safety of his little brother, Luigi who was often positioned to receive those shots, a development that was not only detrimental to the kid’s health but could also influence him to tread the destructive path of his elder brother.

It wasn’t long before Immobile’s parents realized that the best way to save their home from devastation was to give their son’s passion enough grounds for expression by enrolling him in their hometown football school, Torre Annunziata ’88 when he was only aged 5.

Immobile committed the next five years of his life to Torre Annunziata ’88, where he honed his footballing skills in areas of accurate finishing.

His impressive performances secured him a move to Sorrento Calcio (after struggling to establish himself with the youth clubs of Empoli and Salernitana) where he scored 30 goals in the 2007-08 season.

Notable among Immobile’s subsequent youth football endeavours was his move to Juventus in 2008.

Playing for the U19 side of the youth team, Immobile top goalscoring form saw him break Renzo Cappellaro’s 50-year-old scoring record as well as made his Serie A debut when he was 18. 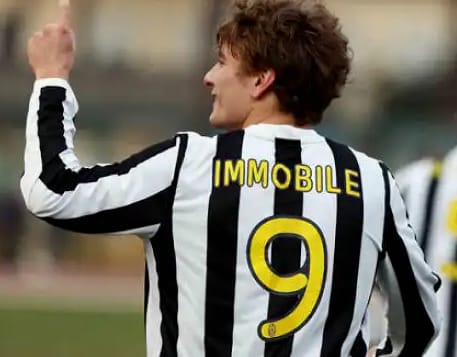 While Immobile’s heroics at youth levels was able to get him local popularity, he also suffered bouts of ups and down until fame darkened his door when he secured a move to Torino in 2013.

It was at Torino that immobile came out of the depths of underestimation and obscurity by scoring on his debut for the team and amassed a total of 23 goals to help Torino finish 7th at the end of 2013-2014 Serie A season. 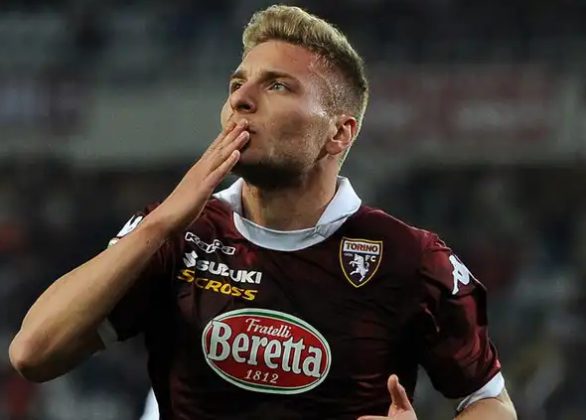 His goals count, which was the highest for the season, did not only see him win the much coveted Golden Boot (Capocannoniere) but caught the attention of scouts who sought to secure his services for European clubs. The rest, as they say, is history.

Behind every successful Italian player is a girlfriend or wag, and Immobile is not an exception.

The prolific striker is in a lasting relationship with Jessica Melena; a girlfriend and Model who became his wife. 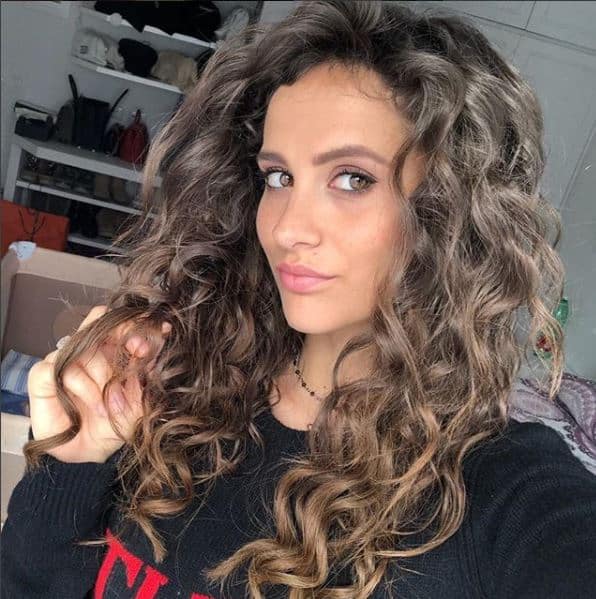 The couple met through social media at a time when Immobile played for Pescara.

It wasn’t long before they became deeply in love with each other that Jessica had to leave the things she once held dear, a fact she revealed during an interview where she noted that:

For Immobile’s sake, I left, family and my roots. His love was like a tusunami that swept what used to be my former life and ushered me into new beginings.

Speaking about what made her fall in love and the events that led to their marriage on the 17th of May 2015, Jessica noted that she was impressed by some of his personality traits, including his undying desire to make a wife out of her.

Ciro does not make me miss anything, he is protective, romantic and sweet, it suffice to say he is the missing puzzle of my life.

The couple’s marriage is blessed with two daughters; however, there’s no denying the fact that the romantic father would desire to have a boy, as his wife reveals:

we are three women at home because we have two daughters: Ciro is happy, but I do not deny that he would like a boy “. 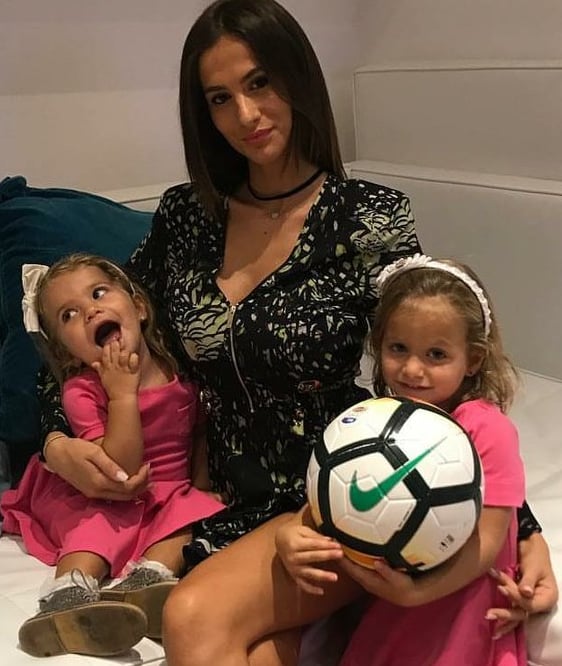 Most Players are known to wear body arts that have cryptic undertones. But Immobile’s tattoo is one that promotes what people cherish next after the institution of marriage: building a loving family.

He tags the tattoo below as ‘Dove incomincia la vita e l’amore non finisce mai.’ which translates to ‘Where life begins and love never ends.’ 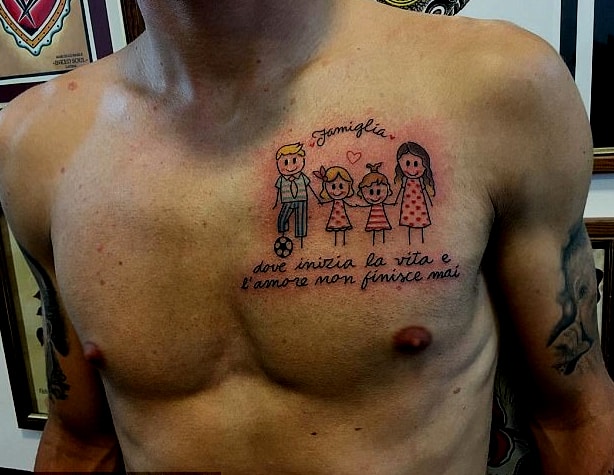 Prior to having the above tattoo, Imobbile used to have more detailed body art. Especially one that represents his first daughter Michela on his right arm. 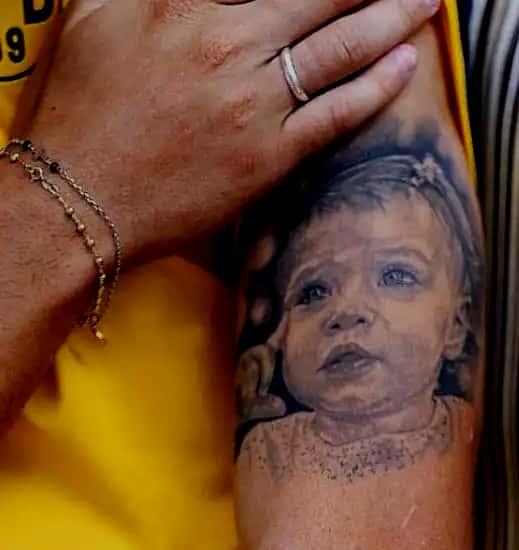 Most professional footballers make out a hobby from playing video games. But very few get their hobby metamorphosed into addiction as immobile does. He seems to have a severe dose for playing FIFA17.

Attention was drawn to Immobile’s addiction in October 2016. When his wife, Jessica Melina posted a video on her Instagram page. She revealed what many have described as the dangers of FIFA17 addiction.

The video captured Jessica trying to get the attention of her husband. A man who completely blanked her.

She could be heard asking “Darling, what are you doing?” but Immobile was too engrossed in the game to realize that she was even there!

Ciro Immobile Bio – Was once Attacked:

Immobile was almost stabbed in July 2018 by a crazed fan of rival club Pescara. It happened when he was relaxing on a beach. Together with his wife and two daughters.

However, sunbathers rushed to Immobile’s aid while armed policemen swung into action by arresting the knife-wielding man.

The development drew global attention. To how bitter and personal fans of rival clubs can take the outcome of football games. A view shared by the owner of a restaurant close to the beach.

“I don’t know the attacker. This is the type of incident that happens when people give too much importance to loyalty in football.”

Immobile is a determined player who would stop at nothing to prove himself as one of the best. This is evident in his impressive comebacks with top goal-scoring forms when many consider his football career to be fading.

More so, he also feels the need to be surrounded by love from family and beauty from his wife. 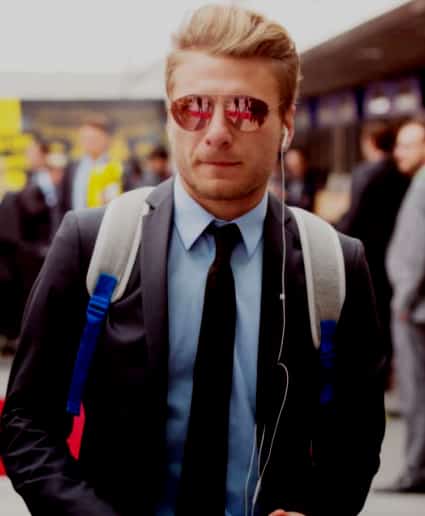 As regards his weakness, Immobile could be stubborn, jealous and uncompromising. Above all, he is artistic, loves romance and is spiritual.

Not Just A shirt number:

Other footballers wear numbers that depict their roles in the field. But the number 17 on Ciro’s shirt goes beyond roles and assignments.

The number refers to the date of birth of his wife, Jessica Melena. She was born on July 17, 1990. This is the reason why he always strives to make club appearances with jerseys depicting the cherished number.

Thanks for reading our version of Ciro Immobile’s Biography and Childhood Story.

At LifeBogger, we strive for accuracy and fairness in our quest to deliver you the Biography of Italian Professional Footballers. Surely, the Biography Story of Domenico Berardi, Emerson Palmieri, and Stephan El Shaarawy would interest you.

If you find something that doesn’t look right in Immobile’s Bio, please share it with us by commenting below. We’ll always value and respect your great ideas.