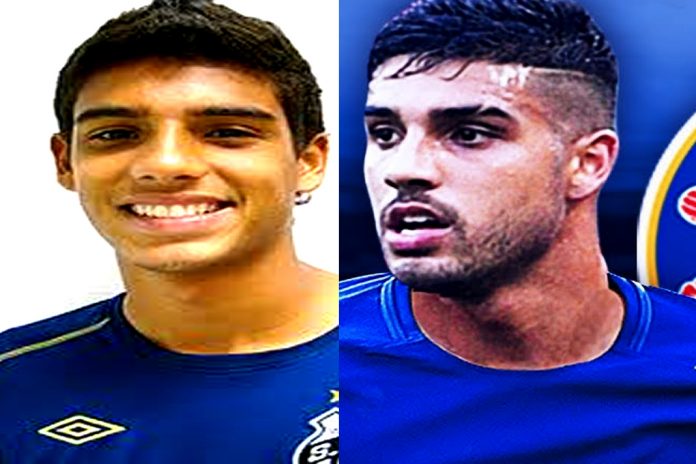 LifeBogger presents the Full Story of a Football Genius who is best known by the Nickname; “Emer”.

Our Emerson Palmieri Childhood Story plus Untold Biography Facts brings to you a full account of notable events from his childhood time till date.

The analysis of Emerson Palmieri’s Biography involves his life story before fame, family life, parents, girlfriend (Isadora Nascimento), lifestyle, personal life, net worth and many off-pitch facts about him.

Yes, everyone knows about his style of play but few consider Emerson Palmieri’s Bio, which is quite interesting. Now, without further ado, let’s Begin.

Emerson has Italian ancestry on his mother’s side and has been an Italian citizen since March 2017.

Palmieri grew up with his older brother, Giovanni, who is also a footballer that plays left-back like him. Emerson has been a lover of English football since he was 15 years old.

He made his debut for Santos at the age of 16 after coming through the youth system and by 18 he had established himself as a regular in the first team, thanks to him growing to the most top level of the club’s football rank.

Scouts started circling him like sharks after winning the 2013 Copa Sao Paulo de Futebol Junior for Santos U20 side. It was Palermo’s scouts that finally made him travel to Europe.

His choice for the Italian side came through thanks to his mum who comes from the country. Emerson used that opportunity to get more closer to his extended family.

Italian club Palermo, who took him on loan for the 2014/15 season with an option to buy.

Unfortunately, his chances to shine were few and far between and after making just nine appearances, the club did not consider the option of making the deal permanent.

He spent his first season at the Stadio Olimpico as an understudy to Lucas Digne, but showed enough promise to have his loan deal extended for a further season.

This was when Antonio Conte’s Chelsea came in. The rest, as they say, is now history.

It’s all too easy to fall in love and get caught up in the whirlwind of the excitement of planning a life ‘together forever.

This is the case of Emerson Palmieri, who has been with his childhood sweetheart, Isadora Nascimento since both were teenagers.

Emerson met his long-term girlfriend Isadora Nascimento in Brazil, and the pair have been together ever since.

Football Fans finds it very easy to notice the fiery Latina, who admitted she gets very vocal watching Emerson play.

She previously said: “When I go to the games, I’m very, very strong, I’m crazy, all thanks to the love of my life. I always liked football, but not too much to watch.”

Emerson, who has nearly 200,000 Instagram followers and regularly posts pictures of the love of his life, who appear to be very much in love and proud of her man’s achievement. 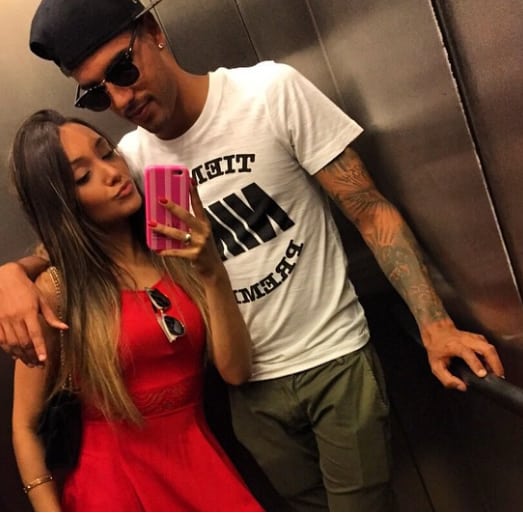 “He’s very romantic, very sweet. He has always spoken beautiful things to me, makes surprises I never believed could happen, and treats me very well. He’s polite to my family and me. I will always love you, Emerson!”

Emerson Palmieri has the following attribute to his personality. 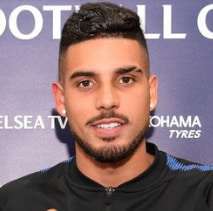 About Emerson Palmieri’s Weaknesses: He could be arrogant, stubborn, self-centred, lazy and inflexible.

What Emerson Palmieri likes: First off, he likes his relationship with Isadora. Emer also loves his theatre, taking holidays, buying expensive things for Isadora, bright colours and having fun with friends.

Emerson Palmieri’s dislikes: Being ignored, facing difficult reality and not being treated like a king.

Although he is still young (at the time of writing this Bio), Emerson is a natural-born leader. This fact is unknown to many. He is dramatic, creative, self-confident, dominant and extremely difficult to resist.

Emerson is able to achieve anything they want to in any area of life they commit to. There is a specific strength to his “king of the jungle” status. 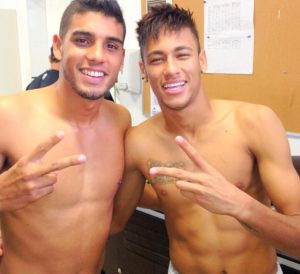 Yes, as said earlier, Emerson was born in Santos, Sau Paulo, and joined the Santos youth set up in 2009.

Did you know?… He spent six years with the club and played alongside Neymar during his time there. Since then, Emerson picked up a thing or two from the Brazilian Golden Child.

The Baller comes from an upper-middle-class family with a footballing background. In fact, he is not the only football player with the Palmieri name. It appears football runs in his family.

Emerson’s older brother Giovanni born of the same parents as at the time of writing, currently play for Fluminense in Brazil as their Number 6.

He also operates as a left-back and has racked up almost 100 appearances with the Brazilian club.

Giovani, pictured above, is five years older than his kid brother.

Emmer is an extremely versatile footballer. He can play either at left-back or left-wing positions and has even filled in at right-back during his time at Roma.

Emerson loves to get forward, even as a defender. He’s well known for taking on and beating his opposite man. This reveals his excellent speed, balance and samba-like dribbling skills in the process. 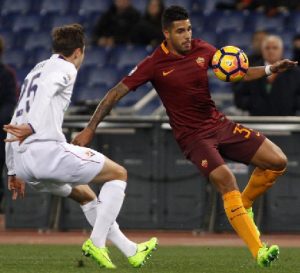 Despite standing at 5ft 9in, he’s not afraid to use his frame to his advantage. Emerson is capable of causing plenty of fouls from his side with his trickery. No wonder he became the key man for Italy’s left-back at Euro 2020 after Leonardo Spinazzola‘s injury.

At the other end of the field, Emer is also good in one-on-one situations, thanks to his pace getting him out of tricky situations. Before coming to Chelsea, his defensive stats from matched up favourably with the best in Serie A.

Emerson represented Brazil at the under-17 level during the 2011 South American under-17 Football Championship and during the 2011 FIFA U-17 World Cup, being crowned champions of the former. He was an undisputed starter during both tournaments, scoring a goal against Chile on 16 March 2011.

In March 2017, after being close to acquiring Italian citizenship, Emerson was reportedly pursued by Italy’s head coach Gian Piero Ventura with the intention of switching his international allegiance to Italy. His dream switch came on the 29th day of March 2017.