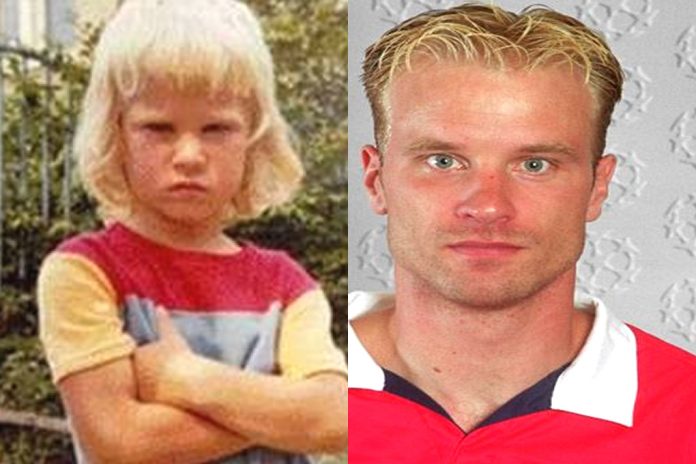 In a nutshell, we give you the history of a Football Legend known by the Nickname; “Non-Flying Dutchman”.

Lifebogger begins this Bio from his early days to when he became famous with Arsenal.

Yes, everyone knows about his history with Arsenal, but not many football lovers have read a concise version of Dennis Bergkamp’s Biography, which is quite interesting. Now, without further ado, let’s Begin.

Starting off, Dennis Nicolaas Maria Bergkamp was born on the 10th day of May 1969 in Amsterdam, Netherlands.

Dennis was brought up in a working-class suburb, in a family aspiring to reach middle-class status. His father, an electrician and amateur footballer in the lower leagues named him in honour of Scottish striker Denis Law pictured below.

To comply with Dutch given name customs, an extra “n” was inserted in Bergkamp’s first name by his father after it was not accepted by the registrar.

Bergkamp was raised as a Roman Catholic by his family and regularly attended church during his childhood. Although in later years, he said visits to church did not appeal to him, Bergkamp still maintains his faith.

According to Bergkamp, his childhood footballing hero was Glenn Hoddle, whom he admired for his soft, precise touch.

Bergkamp was brought up through Ajax’s youth system, joining the club at age 11.

He learned versatility on the field since they had to learn to play every position. His having to play defence helped him later, when he intuitively knew how an opposing defender would try to stop him.

That knowledge would help him counteract whatever move his defender might make. That, coupled with his near-infinite creativity, made him a very difficult person to guard.

In later seasons, Bergkamp established himself as a first-team player for Ajax. This culminated in a period of success for the club, which won the Eredivisie title in the 1989–90 season for the first time in five years.

He stayed with Ajax until ’93, when he decided he wanted to up the calibre of the teams he played with and against. Italy and Serie A were a strong lure, and after a bit of back-and-forth, he chose Internazionale Milano over Juventus.

It was not a good fit because the Italian press did not know what to make of his introverted behaviour off the field and even labelled him “indifferent.” They were merciless at times in deriding him.

Two years of playing ball in Italy proved to be enough for Bergkamp and he went to Arsenal in 1995. The rest, as they say, is now history.

Early on in his career, it became evident that every nice piece of Dennis Bergkamp’s footwork needed the right person to refuel his determination.

His art of football was complemented by a beautiful and wonderful lady. No other than Dutch model, Henrita Ruizendaal, the love of his life.

Bergkamp has been married to Henrita Ruizendaal since 16 June 1993. Below is a photo of their wedding.

The couple has four children: Estelle Deborah, Mitchel Dennis, Yasmin Naomi and Saffron Rita. Below is Dennis Bergkamp’s first and only son. 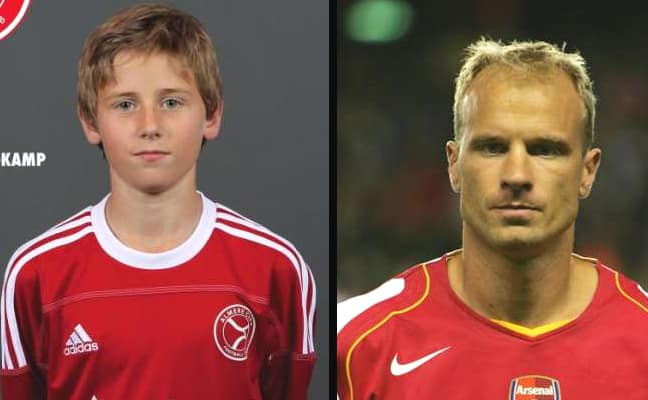 The son of Dennis Bergkamp is a talented player himself but seems to be taking a slightly different route into the game than his father, who signed with Ajax at the age of 12.

Mitchel decided to start his career from the second tier of Dutch football. He is on the verge of breaking into the ranks of football’s top flights.

We’ve prepared a LifeBogger Popularity stats for Dennis Bergkamp. Please check below if it suits what you think of him.

Did you know?… Dennis Bergkamp has the following attribute to his personality. 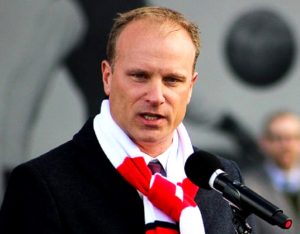 His Strengths: Reliable, patient, practical, devoted, responsible and very stable in his family.

His Weaknesses: Aviophobia ( fear of flying either in helicopters, aeroplanes and other flying vehicles)

What Dennis dislikes: He dislikes insecurity of any kind,

In summary, Dennis is practical, well-grounded and is someone that likes to harvests the fruits of his labour. He feels the need to be surrounded by love and beauty which his family and fans give him.

Dennis is sensual and tactile and considers touch and taste as the most important of his senses. He is ready to endure and stick to his choices until they reach the point of personal satisfaction. 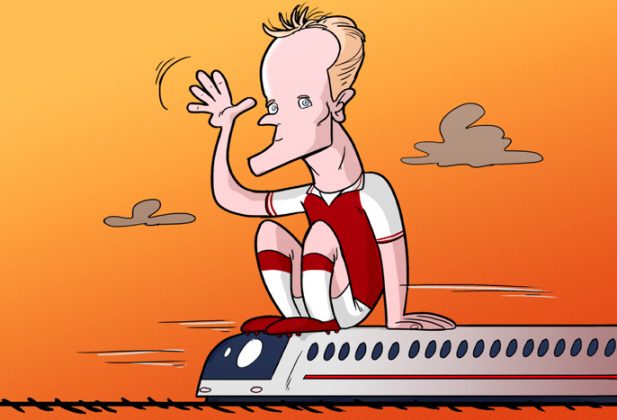 Bergkamp’s nickname is the “Non-Flying Dutchman” due to his fear of flying.

This stemmed from an incident with the Netherlands national team at the 1994 World Cup where the engine of the plane cut out during a flight, prompting a journalist to joke about having a bomb in his bag.

Following this incident, Bergkamp decided he would never fly again but did consider seeking psychiatric help:

I’ve got this problem and I have to live with it.

aGAIN, I can’t do anything about it, it is a psychological thing and I can’t explain it.

I have not flown on a plane for two years.

The Dutch FA has been sympathetic, so have Arsenal, so far.

I am considering psychiatric help. First, I can’t fly. Then, I just freeze. I get panicky.

The condition severely limited his ability to play in away matches in European competitions and to travel with the national team.

In some cases, he would travel overland by car or train, but the logistics of some matches had too much stress in it that he would not travel at all.

He retired in 2006 and was inducted into the English Football Hall of Fame the next year. It was a very high honor since he was the first Dutch player to be voted in.

FIFA has ranked him among the Top 100 players of all time and Arsenal ranked him No. 2 among the hundreds of players who have donned their jersey.

Upon retiring, Bergkamp insisted he would not move into coaching. He turned down an offer to scout for Arsenal and instead concentrated on traveling and spending time with his family.

However, in April 2008, he began a fast-track coaching diploma for former Dutch international footballers and undertook a trainee role at Ajax.

Thanks for reading our version of Dennis Bergkamp’s Biography and Childhood Story. At LifeBogger, we strive for accuracy and fairness in our quest to deliver you the Biography of Classic Football Legends.

Kindly stay tuned for more stories about Football Legends. Indeed, the Biography of Ian Wright, Eric Cantona, and Michael Owen would interest you.

If you find something that doesn’t look right in Dennis Bergkamp’s Bio, please share it with us by commenting below. We’ll always value and respect your great ideas.