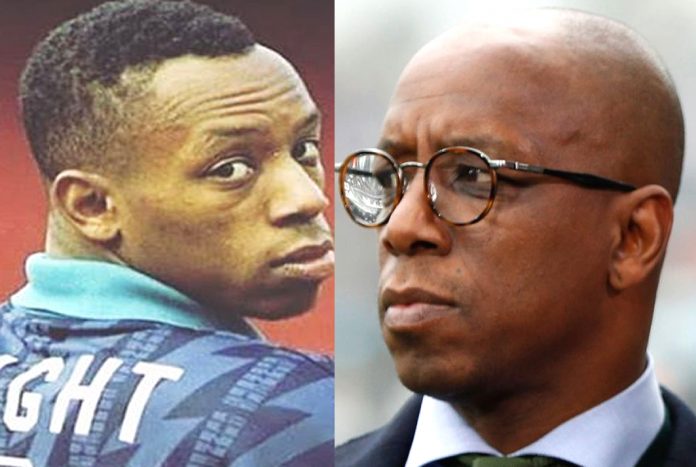 LifeBogger presents the Full Story of a Football legend best known by the nickname “Wrighty“.

Our Ian Wright Childhood Story plus Untold Biography Facts bring you a full account of notable events from his childhood time to date.

Yes, everyone knows he is one of Arsenal’s most prolific goal scorers of all time. However, only a few consider Ian Wright’s Biography, which is quite interesting. Now without further ado, let’s Begin.

For Biography starters, Ian Edward Wright was born on the 3rd day of November 1963 at Woolwich in London, England. He was the third of three boys born of the union between his mother, Nesta and Father, Herbert.

Wright’s parents were immigrants who left Jamaica to seek greener pastures in England years before he was born. Therefore, Wright is a British national of black ethnicity with Afro-American roots.

Young Wright grew up alongside his brothers Maurice and Nicky in the South Eastern London towns of ‘Brockley and Crofton Park’ as well as Honor Oak Estate.

The football prodigy was only 18 months old when his father left the family, a development which left Wright to the mercies of a ruthless stepfather that found his way into the family.

“Dad left when I was about 18 months and my stepdad came in, I must have been about five, six, that’s when I remember him from and he wasn’t a nice fella.”

Having a Troubled Childhood:

Wright didn’t get along well with his stepfather and was specifically hated for exuding confidence in an extroverted manner.

“Being the youngest boy I wouldn’t say I was bad but I was scally, I was very extroverted from a young age and very confident and it rubbed people up the wrong way. Especially my stepdad, he didn’t like me at all”.

As a result, the youngster was denied access to things he held dear including watching his favourite television sports show; Match of The Day. According to Legend:

“Match of the Day and watching football was all I lived for. He’d come into the bedroom just before it started and he’d say, ‘Turn around. Turn around to the wall’. We had to face the wall the whole time Match of the Day was on.

And the really cruel thing was that we could still hear everything. It was awful. I would cry myself to sleep whenever he did it.”

Consequently, Wright grew up as a young angry boy who would years later, summarize his troubled childhood experience in 14 words:

“For a large part of my life, I was angry. I was always angry”.

While Wright’s anger raged on he was pacified by his school teacher at the time, Late Sydney Pidgen. It was Late Sydney who taught Ian how to read and write as well as helped him through the dark times.

“He was the first man who showed me any kind of love. He’s still with me. He’ll always be with me.”

Notes Wright of his late teacher.

Picking up the bits of his shattered childhood and love for football, Wright decided to become a footballer when he was aged 14 but was rejected by many clubs.

Upon leaving school at the age of 16, the relentless youngster got himself trained in bricklaying and plastering while considering his options in football.

A couple of years later, Wright was not any closer to becoming a professional footballer and had his first life-changing issue with the law, resulting to his incarceration for two weeks.

“I had two cars but no tax or insurance. When they caught up with me I went to Chelmsford prison for 14 days. The sound of those prison doors closing and the nutters inside taught me: I can’t live my life like this”.

Suffice to say, it was the “cell experience” that gave Wright the shot he needed for success.

It was at Greenwich that the star in the making put up enough impressive performance that secured him his first professional contract with Crystal Palace in 1985.

While at Crystal Palace, Wright impressed fans and his coaches during his first season. And by the end of his second, he reached a hundred goals tally for Crystal Palace.

These tremendous early achievements, among other feats, fetched Wright international honours and a record transfer to Arsenal in 1991. The rest, as they say, is history.

About Ian Wright’s Wife and Children:

Ian Wright has been married twice. We will bring you details about his past relationship and marital life.

First was Wright’s relationship with his girlfriend named Sharon. Wright met Sharon at a time she already had a son called Shaun. He adopted Shaun and later had a kid with her called Bradley.

Shaun and Bradley grew up to become professional footballers who both played for The New York Red Bulls.

Moving on Wright got married to his first wife called Deborah. The now-estranged couples first met at a bus stop and began dating until marriage. 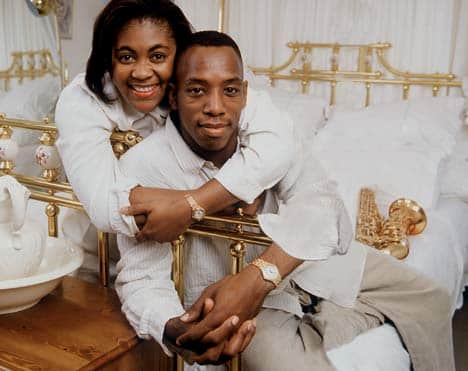 Their marriage was blessed with four children. They include Brett, Stacey, Bobbi and Coco. Wright and Deborah later got separated after he cheated on her with a waitress and BBC researcher.

The football legend is currently married to his second wife Nancy and they both have two daughters named Lola and Roxanne.

The couple has been through a lot, including surviving an armed robbery by a gang that held Nancy at knifepoint in their home.

Wright was far from home at the time, working as a pundit in Brazil during the 2014 FIFA World Cup. Fortunately, no one was hurt, including his daughters, who were fast asleep while the robbery operation took place.

Wright is a football legend that is known for his extroverted nature as a pundit and former player.

Beyond his extroverted disposition is an individual who resents the initial cards life dealt with him for his first 19 years and is on a mission to catch up with what life should have been.

“Maybe now that you’ve read my story, you’ll see me on the television flashing a smile and you’ll really understand that I wasn’t born with it. I earned it.” 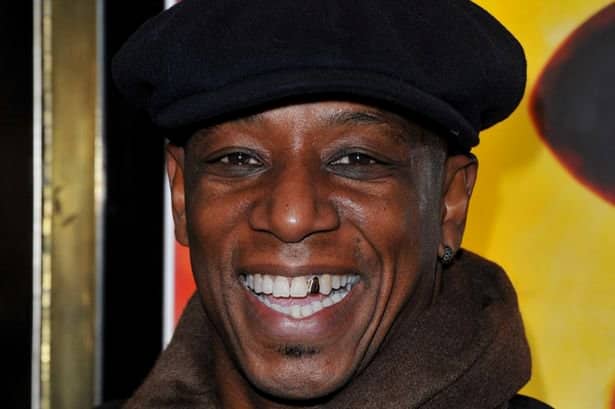 The legend, among other endeavours, works on giving back and desires to see football accessible to people who cherish it both on and off the pitch.

Wright lives a far more modest life than anyone might expect. No thanks to his expensive divorce from his first wife, Deborah and income tax issues that bedevil his post-football endeavours.

“I’m constantly getting cab drivers coming to pick me up, seeing I live in a normal terraced house and saying, ‘Blimey, is this where you live? I expected something bigger.”

Whichever way expectations tilt, one thing remains constant; Wright has made happiness a choice and proves that life is not as hard as it seems.

FACT CHECK: Thanks for reading our Ian Wright Childhood Story plus Untold Biography Facts. At LifeBogger, we strive for accuracy and fairness in our quest to deliver stories about Classic Footballers.