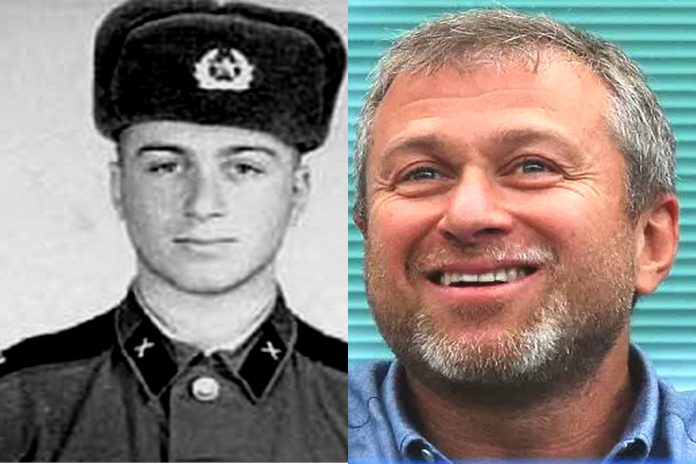 LifeBogger presents the Full Story of a Football Elite who is best known as “The Russian Billionaire“.

Our version of Roman Abramovich Childhood Story, including his Untold Biography, brings to you a full account of notable events from his boyhood days.

We then proceed to tell you how the Russian Billionaire became famous.

The analysis of the Chelsea FC revolutionist involves his life story before fame, family background, relationship life and many OFF and ON- football little-known facts about him.

Yes, everyone knows about his background guiding force at his beloved Chelsea Football Club.

However, only a few know much about Roman Abramovich’s Biography, which is quite interesting. Now without further ado, let’s Begin.

For Biography starters, his full names are Roman Arkadyevich Abramovich. Abramovich was born on the 24th of October 1966 at Saratov, Russia.

He was born to his father, Arkady Abramovich (a state office manager) and his mother, Irina Michalenko (a housekeeper).

Although Abramovich had a fair start to life as he was being born to a middle-class Jewish family background.

His childhood time took a downturn following the death of his mother when he was only 18 months old.

Months after, Abramovich lost his dad, a development which made him orphaned before he was aged 3.

Any child who has lived through losing both parents will know only too well the deep emotional pain it can cause.

Damaging psychological consequences came with the loss of Abramovich’s parents. The effects clearly had an impact on his development he endured during his early childhood days.

Fortunately, his paternal uncle, Leib assumed the responsibility for Abramovich’s upbringing and took him to Ukhta, an important industrial town in the Komi Republic of Russia.

Young Abramovich was, like most kids of his age and background, enrolled at Ukhta’s Public School (pictured below).

Unlike his peers, he had an inborn sense of business, a trait which made him recognize the importance of money and the benefits accrued from saving it. 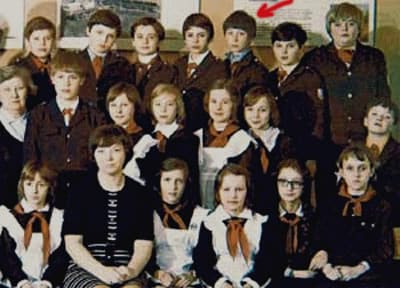 Consequently, it wasn’t long before he entered into the world of business by selling toys and fairly used car tyres.

Roman Abramovich did that while furthering his education at Ukhta’s technical college and subsequently, Moscow’s prestigious Gubkin Institute of Oil and Gas.

Abramovich had to put an end to his academic pursuit. This came after he was drafted for compulsory military service. He did Military Service in 1974. 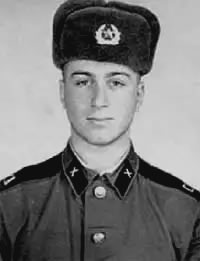 Instead, he devised means of putting his business instincts to good use by carrying out an unauthorized sale of gasoline to officers.

The act enabled him to raise and save more money for future endeavours. It also marked the first among illegal schemes that would be later attributed to his fortune.

While Abramovich might have gone rogue with many illegal schemes, he pretty did much to ensure that his first company, The Comfort Co-op (manufacturer of plastic toys) was established on a legal basis. 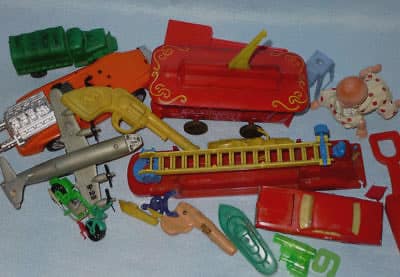 The success of his toy company enabled him to venture into other endeavours, including starting up his first oil business at the Omsk region.

It is said that Success happens when preparedness meets opportunity. This is a maxim which played out perfectly well when Mikhail Gorbachov’s (Former president of the Soviet Union) opened the door for privatisation in the 1980s.

Abramovich cashed in on the opportunity by making his many businesses legal for profit reasons.

A few later, he found favour with Berezovsky – a businessman with close links to the former Russian president Boris Yeltsin. 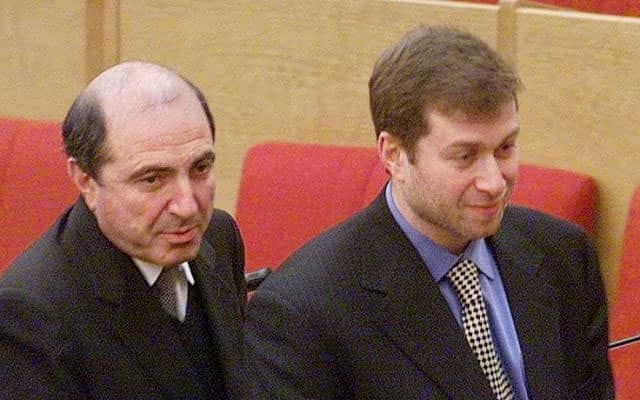 They both made many important business and political outings. Abramovich’s friendship with Berezovsky provided the Launchpad that made him dine with powerful men.

That also secured him an apartment inside the Kremlin and enabled him to additional businesses that ranged from oil products to pig farms and even bodyguard recruitment. The rest, as they say, is history.

The marriage contributed to the success of his toy company success as his wedding present of 2,000 roubles was put to good use by the Russian billionaire in expanding his stock. 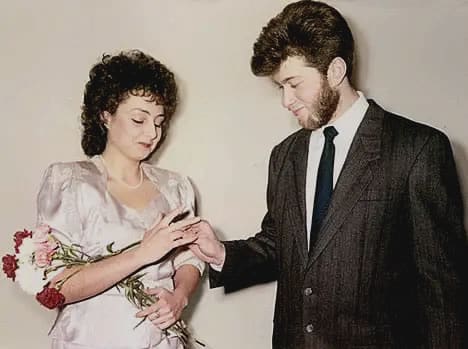 Unfortunately, the couple divorced in 1990 (three years after their marriage). Abramovich’s next relationship didn’t prove to be profitable. He met and got married to an air hostess, Irina (pictured with him below). 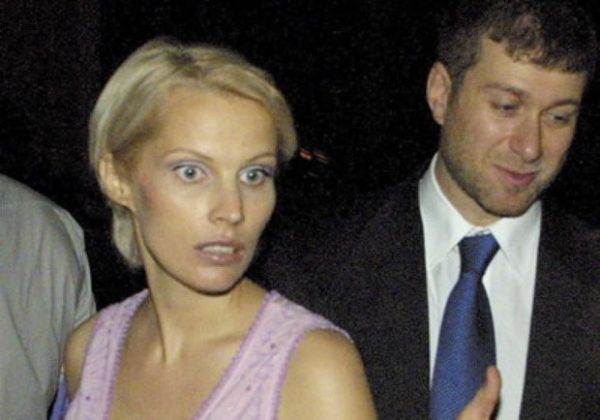 First, all seemed well for a while before they divorced. Because of his alleged affair with a 23 – year-old Russian model, Dasha Zhukova.

Their expensive separation (worth £155million) saw Abramovich lose custody of his 5 children as well as ceding mansions he had in the United Kingdom to his ex-wife.

In addition, he lost a substantial amount of his capital to her. Indeed, life is not Nintendo as one doesn’t get lucky at all times.

It, however, seems like the Oligarch has a knack for expensive divorce as he in 2017 ended his relationship with Dasha Zhukova (the lady responsible for the crash of his second marriage).

The cost of their separation, which was valued at $9 Billion, is, according to many, Britain’s biggest ever. Their relationship, however, led to the birth of a son. 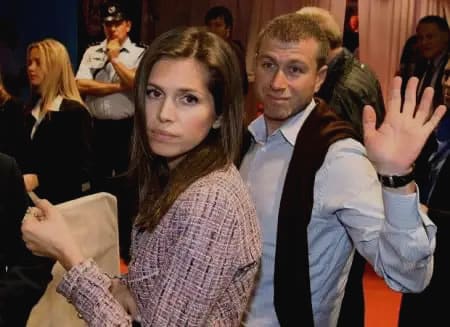 At the time of this post. Little is known about Abramovich’s next relationship.

Abramovich’s close ties with powerful men in Russia is not causal.

Their political involvement rubbed off on the young oligarch who made his foray into politics as a representative for the Chukotka Autonomous Okrug, an impoverished region in the Russian Far East.

While serving as a representative, Abramovich embarked on result-driven charity. He did that to alleviate poverty in the region. An initiative which, among other things, contributed to his election as Governor of Chukotka in 2000.

He, however, resigned as Governor in 2008 in order to focus on his major acquisition Chelsea FC in England.

Abramovich was the first person to originally recommend Vladimir Putin as the successor of the then president to Boris Yeltsin.

The two have ever since found common ground in enjoying power and its associated benefits.

The duo were so close that Putin had Abramovich interview shortlisted candidates for cabinet positions in 1999, a development which raised questions concerning the level of Abrahamovich’s influence on Putin. 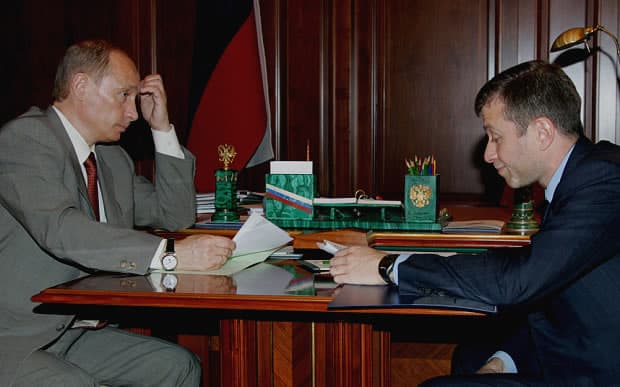 Sitting on the matter, High Court judge Elizabeth Gloster ruled that Abramovich’s has little influence on Putin. According to her;

“There was no evidential basis supporting the contention that Mr Abramovich was in a position to manipulate, or otherwise influence, President Putin, or officers in his administration, to exercise their powers in such a way as to enable Mr Abramovich to achieve his own commercial goals.”

Abramovich bought Chelsea in 2003, while he was still governor of Chukotka province.

According to him, buying the then-bankrupt club which was situated in London (his second home) was an escape from boredom but many believe he had ulterior motives given his secretive disposition.

They concluded the deal that delivered Chelsea into the hands of the oligarch in 15 minutes, a short time that gave Roman significant international recognition outside his local popularity in Russia. 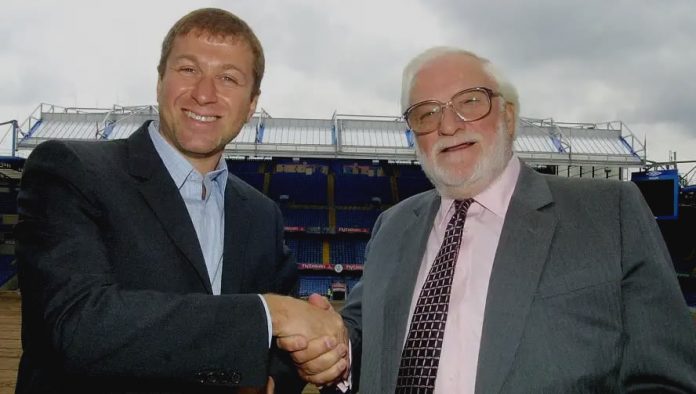 Fast forward to date, Roman’s background guiding force in the club has transformed it into one of the biggest clubs in the world.

In addition, he seems to have honestly found an escape from boredom. This is one of the reasons Roman Abramovich bought Chelsea Football Club. 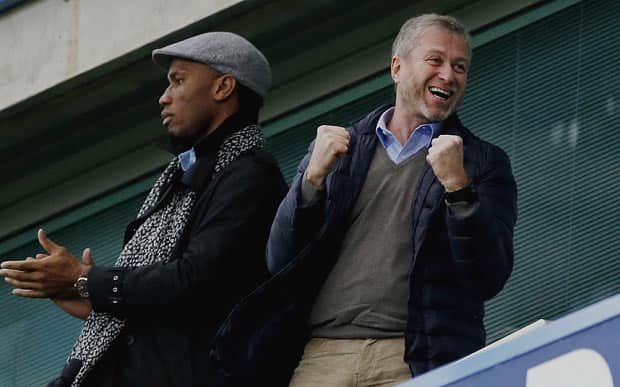 Thanks for reading our Roman Abramovich Biography and Childhood Story.

At LifeBogger, we strive for accuracy and fairness in our quest to deliver you the stories of Elites in Football. Surely, the Life history of Gianni Infantino and Sheikh Mansour will excite you.