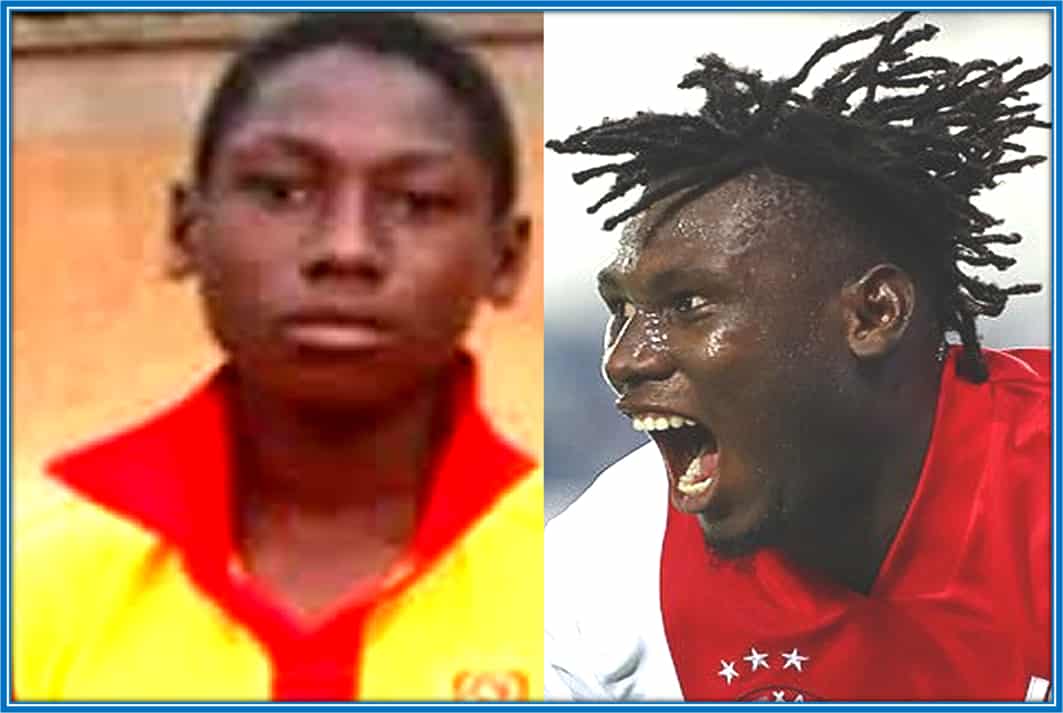 Simply put, we present you with a concise Life Story of the Footballer, beginning from his early days to when he became famous.

To whet your appetite, check out a summary of Lassina Traore’s Bio in pictures. No doubt, it does tell a story of the Baller’s life journey.

First and foremost, we can not overlook the sharp attacking instinct that Lassina Traore once displayed in Ajax’s 13-0 trashing of VVV Venlo.

Again, after scoring five goals in the game, everyone can not help but wonder who the New George Weah might be. Now, without further ado, let’s tell you his story from scratch.

He was born on the 12th day of January 2001 to athletic parents in Bobo Dioulasso, Burkina Faso. Lassina is the only son of three children born of the successful union between his father and mother.

As it is customary in some African countries, Lassina grew up playing street football with other kids.

Back then, he sometimes followed his mother, who was a professional player, to the football field. There, he watches skilful players perform all kinds of tricks with the ball. Now, meet the woman who moulded Lassina Traore in her images and likeness.

Perhaps the young lad considered delving into football as he watched his mom played. No matter the basis of his decision, I am sure he does not regret choosing the game over every other career.

We shouldn’t be too shocked to see the young Burkinabe star put on an excellent performance on the pitch. In the first place, Lassina hails from a family that has an excellent track record with football.

Moreso, his father, mother and cousin were football players. Hence, we could deduce that a high skill of sportsmanship runs through his vein. No wonder Lassina was able to display an unrivalled football potential with his first professional club, Ajax.

Even though he plays in one of Europe’s prestigious leagues, the iconic forward would always remember his roots. Of course, his black skin is an unquestionable proof that shows the making of his African ancestry.

Do you know?… Lassina’s home town, Bobo-Dioulasso is the second-largest city in Burkina Faso. The city speaks Jula as their street lingua-franca after their official language (French).

Right from time, the African-born player has been good with soccer. Back in his childhood days, Traore always finishes as the top scorer of many local competitions.

Thanks to his uncle, Rahim Ouedraogo, who founded a new football club in 2012, Lassina could take his talent to the next level.

By the time Lassina Traore clocked 11, he joined his uncle’s academy, Rahimo FC. At the new training centre, the young striker met other kids who were more talented than he had ever imagined.

With the support of his parents, Lassina spent the next five years of his life developing his skills at Rahimo academy. By the time the Burkinabe player clocked 16, he embarked on an 8000km journey to South Africa and joined Ajax Cape Town FC.

Despite being too young, Lassina’s talent at his new club echoed the fact that he was an excellent player.

Realising how well his prowess was needed in the national team, the Burkina Faso coach brought the 16-year-old to partake in a friendly match against Benin on the 4th day of May 2017.

Guess what?… the young lad scored three goals for the Stallions of Burkina Faso in his first two international caps. His astonishing performance captivated the attention of Ajax.

Unfortunately, Traore was too fat and needed to lose some weight before he can join the club. Hence, Ajax sent a coach to prepare him for a life-changing experience in professional football. 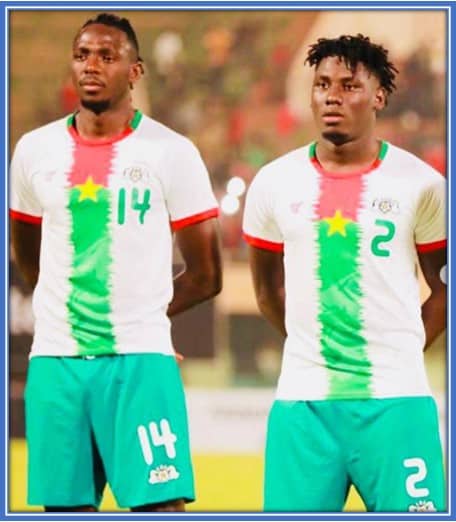 After improving his body physique, Lassina was offered an internship that seemed more of a trial at Ajax.

Back then, he had to compete against Matthijs de Ligt, who made his test quite challenging. Afterwards, he signed a three-and-a-half-year contract deal with Ajax on the 4th of January 2019.

Upon his arrival in the Netherlands, he first played for Jong Ajax and scored 21 goals in 31 appearances.

Afterwards, he joined Ajax’s first team and helped them win numerous awards. Of course, Lassina’s performance was sensational, and his career success filled the hearts of his mother and sisters with joy.

Fast forward to the time of writing this Bio, Lassina Traore became the first Ajax player after Marco van Basten in 1985 to score up to five goals in a Dutch Championship. The rest, as they say, is history.

Who is Lassina Traore’s Girlfriend?

There is no denying the fact that his muscular body physique may, of course, attract many of his female fans.

However, Lassina Traore has shied away from revealing the identity of his girlfriend or prospective wife whenever the topic pops up. 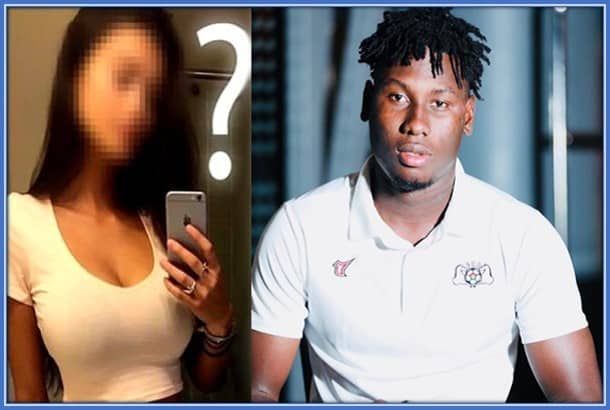 Nonetheless, the Burkinabe national has given his undivided attention to ensure he excels in all aspects of his life (that includes his relationship life).

Rest assured, Lassina Traore’s Family will joyfully support him when the time is right for him to marry his wife.

The iconic African attacker so far from home does not forget the makings of his heritage.

Sometimes, during the festivity period, Lassina usually puts on native-made dresses (caftan), a feat that shows that he is fully aware of his Family roots. 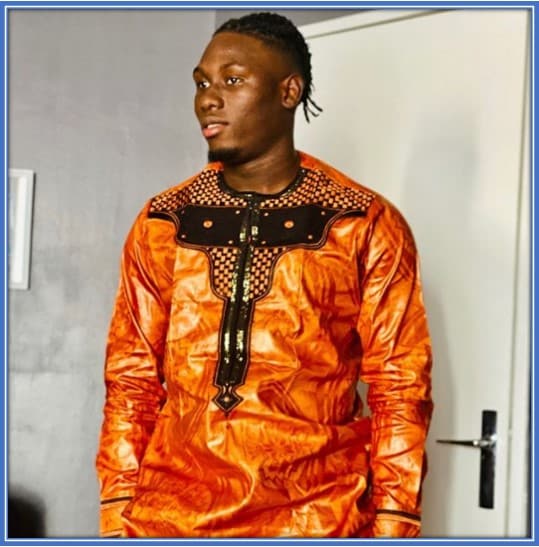 No doubt, Lassina’s intense hunger for scoring goals may portray him as a workaholic on the pitch.

However, he has shown other traits like being sensitive, persistent and realistic, which proves that all he portrays on the field is a mere characteristic of his Capricorn zodiac traits.

Despite the excessive amount of money invested in sports, some players have led a low-key life. Similarly, Lassina Traore has lived a modest lifestyle irrespective of his earnings from Ajax.

It appears that Traore owns a house and may even own an exotic car, or maybe more. During the COVID-19 Lockdown, he obediently relaxed in his home and encouraged everyone to do the same. 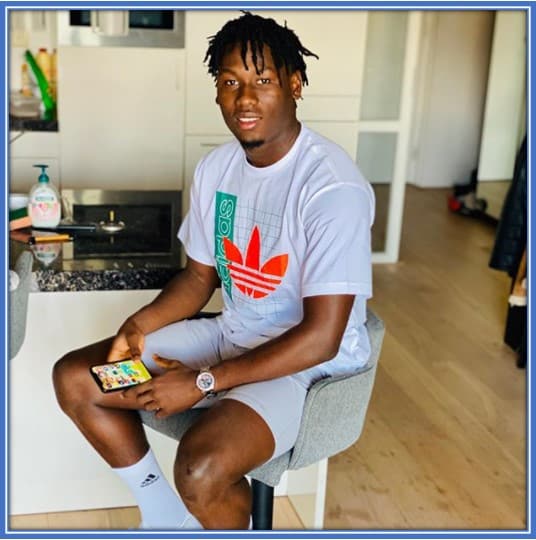 In the same vein, Lassina would have to keep scoring and making assists at Ajax to improve his earnings and increase his Net Worth. We value his assets to be less than a million Euros at the time of writing his Biography.

Perhaps you never knew, the greatest gift that has graced his existence with relevance is his inborn football talent.

Moreso, because his parents were both skilled players, Traore is convinced that football runs through his vein. In this section, we will uncover Facts about Traore’s Family, starting with his father.

First and foremost, the striker’s Bio will remain incomplete without worthy mention of his dad. Apparently, Lasinna Traore’s father was also an outstanding football player. However, the attacker has confessed that he didn’t get to watch him play.

Probably, he may have lost his father to the cold hands of death at a very tender age. Well, we can never say the reality of his family’s experience with the man whom he calls ‘Dad’.

You can imagine the joy that fills his mom’s heart as she realised that her only son had inherited her football prowess.

Of course, Traore’s mother captained Burkina Faso’s national team during her career days, a feat that portrays her as a talented female player. 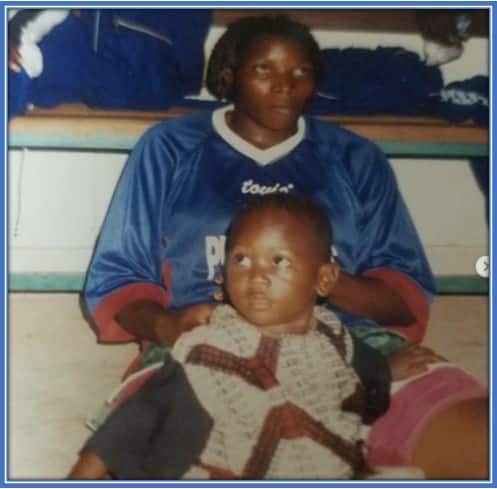 According to Lassina Traore, his mom was more talented than his father. Hence, he believes that his football potentials come from her.

No wonder he always regards her as a true number 10, blessed with great creativity and technical skills.

Right from time, the attacker has always held his sisters in high regard. Research shows that Lassina Traore has two sisters who are likely to be the mothers of the children shown below.

It would’ve been great if he had a brother who could play as well as he does. Who knows, they may have made a perfect combo for their national team.

Interestingly, his cousin (Bertrand Traore) has also made a name for himself in the European top flight.

No doubt, the Traore Family are proud of the accomplishments of Lassina and his cousin who plays for Aston Villa at the time of writing this Life Story. 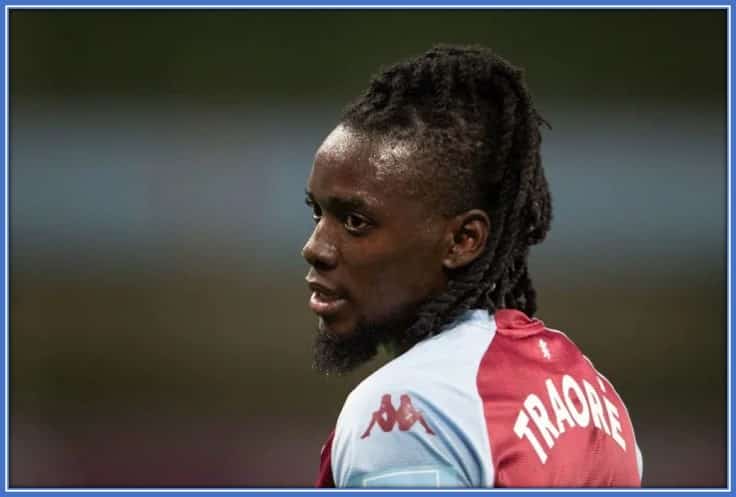 Our research team is still working hard to unveil the identity of his grandfather and grandmother.

Even though his uncles and aunts have not come out to identify with him on social media, their best wishes have always been with him.

Having enlightened you about the striker’s Family, we present more truths about his Life Story that would help you get a full grasp of his Biography.

He Earns Millions when you see it in West African CFA franc:

No doubt, his starting wage as a professional- despite being small means a lot for the people of Burkinafaso, West Africa.

Truth is, where Lassina Traore’s family comes from, the average citizen earns around 509 Euros a month.

In reality, they will need to work for 34 months (2.8 years) to make what Lasinna collect in a month at the time he began his senior career with Ajax.

We’ve strategically put up an analysis of Lassina Traore’s earnings as the clock ticks. Find out for yourself how much he has earned since you came here.

Since you started viewing Lassina Traore’s Bio, this is what he has earned.

Judging by his stats, the striker’s market value has skyrocketed to a whopping sum of €2.9 million at the time of writing this Bio.

Thanks to his attacking instinct, Traore has been ranked amongst the 50 best football wonderkids in 2020.

The revered attacker shares the same faith as Edouard Mendy – Islam. To proudly identify himself as a Muslim, Lassina Traore took to his Instagram page to post one of his picture, which had an Islamic inscription. 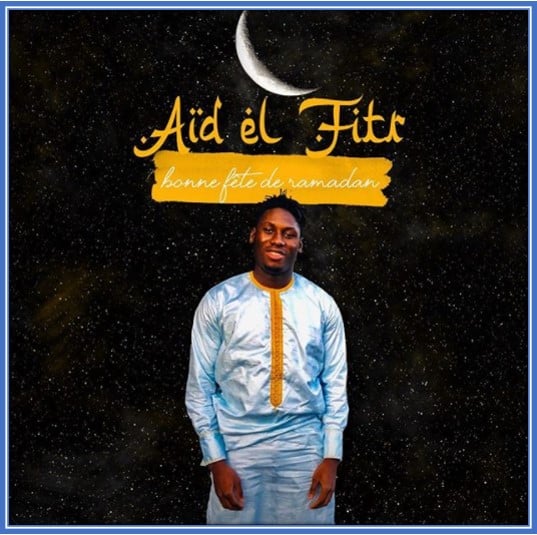 The world of football is gradually changing as many youngsters are getting more playing opportunities in their clubs. Similarly, our 2020 latest Ajax prodigy has also responded to the clarion call of a football generation where young players make an impact.

On this note, his entire Family (most notably Traore’s Mother) are continually praying for him to excel in his career. We look forward to a future where Lassina Traore’s Biography will include the phrase, “The best attacker in Europe”.

Thank you for reading our Biography of the Iconic Burkinabe striker. What are your thoughts on Traore’s achievement thus far? Kindly leave your reply in our comment section below.