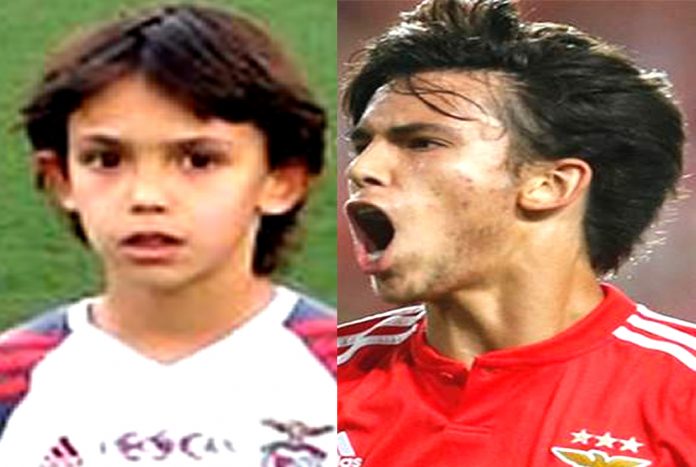 LifeBogger presents the Full Story of a Football genius with the nickname “Joao”.

Our Joao Felix Childhood Story plus Untold Biography Facts bring to you a full account of notable events from his childhood time to date.

Yes, everyone knows he is one of the best talents to emerge from Portugal. However, only a few consider Joao Felix’s Biography, which is quite interesting. Now, without further ado, let’s begin.

Starting off, João Félix Sequeira was born on the 10th day of November 1999 at Viseu in Portugal. He was the first of two children born to his mother, Carla Felix (a teacher) and to his father, Carlos Felix (also a teacher).

The Portuguese national of white ethnicity with European roots was raised by both parents in his hometown at Viseu, where he grew up alongside a younger brother, Hugo Felix.

Like most football geniuses, Joao began playing the sport as soon as he learnt how to walk and developed what his mother termed ” an addiction to the ball”.

The then-toddler went on to convert his parents’ living room to a football pitch.

He was later joined by his younger brother Hugo, who shared his passion for football and made their parents cautious about placing breakable items in the room.

Moving from indoor football, young Joao began his career buildup in competitive football by accompanying his father to watch youngsters train in different sports at Pestinhas’ schools in Tondel, Portugal.

It wasn’t long before the young boy requested to be enrolled in the school’s football team. While there, he trained for a year before joining FC Porto academy as an eight-year-old in the year 2007.

It was at Porto academy that Joao trained for 5 years, a period during which he had to overcome challenges like coping with exhaustive schedules that include hours of daily shuttles between Viseu and Porto.

After Joao moved from his parents’ house to live near FC Porto’s Dragon Stadium he became homesick and would sometimes call on his parents to spend time with him.

He soon found his feet on Porto grounds and became captain of his division.

At the peak of his engagements with FC Porto, Joao was faced with lack of playtime, a development which made him leave the club and was offered a spot by Porto’s rival, Benfica.

Joao began playing for Benfica reserve team as a 16-year-old and rose through the ranks over the ensuing years.

He made his debut for Benfica’s first team in a 2–0 Primeira Liga win at Boavista on the 18th of August 2018. Months later, Joao scored a hat-trick in a 4–2 UEFA Europa League win over Eintracht Frankfurt.

With the goals, Joao became the youngest ever player to score a hat-trick in the league at the age of 19 and 152 days. This feat happened during Bruno Lage’s reign at Benfica. The rest, as they say, is history.

Who is Joao Felix’s Girlfriend or Wife to be?

To start with, Joao Felix is yet to be married at the time of writing. We bring you facts about his dating history and current relationship status.

To begin with, Joao is not known to have had any girlfriend or wag before he rose to fame. Neither is he in a relationship or have son(s) and daughter(s) as at the time of writing this bio.

The Portuguese sensation is rather focused on taking his career to greater heights. Notwithstanding, Joao has qualities that make many believe that he would make a good partner whenever he decides to start a relationship. 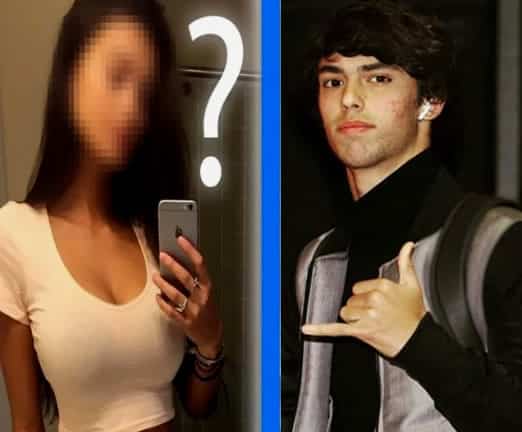 Carlos Felix is Joao’s dad. He is a onetime soccer player who worked as a teacher during Joao’ early life.

The supportive father who also worked as a physical trainer is credited for introducing Joao to professional football as well as driving him to training at FC Porto academy, a journey which amounts to more than a thousand miles every week.

Carla Felix is Joao’s mom. She was also a teacher and like any supportive mother, immensely contributed her quota to ensuring that Joao made it big in football. She is extremely close to Joao and doubles as his confidant.

It’s, therefore, without wonders that she can emotionally tell of Joao childhood story, his pains, gains and feelings.

Joao has no sister(s) but a younger brother called Hugo Felix. Hugo, born on the 3rd day of March 2004 started out by playing football with Joao.

He is currently building a career in football at Benfica youth system and might soon take after his brother as the next Portuguese wonder-kid.

Away from Joao’s immediate family little is known about his paternal grandmother and grandfather as well as his maternal grandparents.

Similarly, there is not much known about his uncles and aunts neither have his cousins’ nieces and nephews been identified in notable events from his childhood time to date.

What makes Joao Felix tick?. Sit back as we bring you makings of Joao’s personality to help you get a complete picture of him.

To begin with, Joao’s persona is a blend of Scorpio zodiac traits he is a humble individual with an easy-going personality.

In addition, Joao does not fancy revealing details of his personal and private life. However, he likes to work as well as likes to know what he’s doing wrong.

He has just a few hobbies and interests that include playing FIFA video game and hanging out with friends.

Although Joao Felix’s net worth is still under review at the time of writing, he has a market value of €35,00 million.

The origin of his little known net worth stems from his football endeavours and endorsements while not much is known about his investments outside the sport.

On the other hand, close studies of Joao’s earnings, salary, spending patterns and general lifestyle reveals that he lives the life of a middle-class earner at rented houses and has a few cars in his collections.

To wrap up our Joao Felix biography here are some little known or lesser facts that are rarely included in his bio.

FACT CHECK: Thanks for reading our Joao Felix Childhood Story plus Untold Biography Facts. At LifeBogger, we strive for accuracy and fairness.