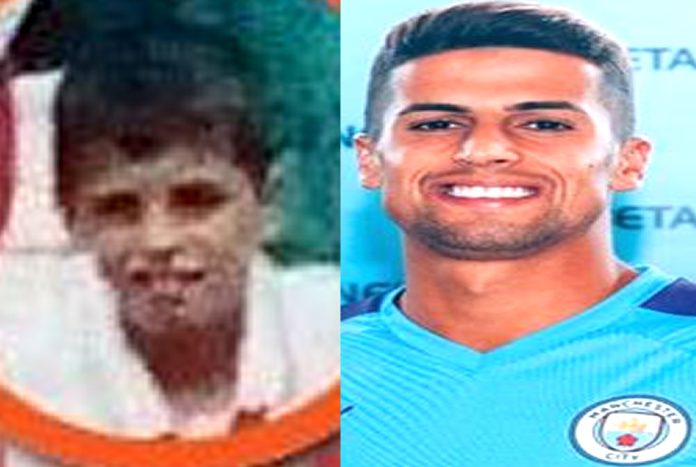 LifeBogger presents the Full Story of a Football genius with the nickname “Gypsy”.

Our Joao Cancelo Childhood Story plus Untold Biography Facts bring to you a full account of notable events from his childhood time to date.

Yes, everyone knows of his speed, energy and offensive capabilities. However, only a few consider Joao Cancelo’s Biography, which is quite interesting. Now, without further ado, let’s begin.

For Biography starters, João Pedro Cavaco Cancelo was born on the 27th day of May 1994 at Barreiro in Setúbal, Portugal. He was one among two children born to his mother, Filomena, and to his father, Joseph.

The Portuguese national of white ethnicity with European roots was raised at his birthplace in Barreiro at Setubal, Portugal, where he grew up alongside his little known brother called Pedro.

Growing up in his hometown, young Cancelo was part of kids who availed themselves of the fun but a disorganized game of street soccer before he joined the local team – Barreirense where he had his first taste of competitive football.

By the time Canecelo was aged 13, he was already deep-rooted in playing football for his boyhood club – Barreirense – and also had great skills that portrayed him as a budding defender with great prospects.

The football prodigy’s skillset was soon appreciated by scouts from Benfica who got him signed to their academy in 2007.

Thus began Cancelo’s career buildup with ‘the Eagles’ which developed his capabilities in both right and left-back positions.

Cancelo recorded a steady rise through the ranks of Benfica’s youth systems and made his non-competitive debut with the club’s first team during their friendly encounter with Gil Vicente on the 28th of July, 2012.

Subsequent early career endeavours saw Cancelo resume his engagements with Benfica’s B-side where he contributed his quota in helping the team win the Portuguese Cup, also known as the national championship.

Before Cancelo could eventually make his competitive debut with Benfica’s first team, his world was rocked by the death of his mother, Filomena, in a car accident that he was also involved in.

The then 18-year-old with his brother Pedro were in an Audi A3 driven by his mother who dropped the family’s head – Joseph – off at the Lisbon Portela Airport.

While returning back, their vehicle was involved in a crash that left Filomena dead while Cancelo and Pedro suffered minor injuries.

Though extremely painful and depressing, Cancelo took the loss of his mom as a driving force to succeed.

As a result, he eventually earned his competitive debut for Benfica against Gil Vicente in January 2014 and went on to make his maiden appearance in the Primeira Liga.

Months later, in August 2014, Cancelo joined Valencia on a loan deal that metamorphosed into a permanent contract.

While at the Spanish side, Cancelo was featured in UEFA Champions League matches before joining Inter Milan, where he forged ahead with his career.

Fast forward to date, Cancelo is an established player of Manchester City – a club he joined on the 7th day of August 2019 – after recording a successful spell at Juventus FC including winning the Supercoppa Italiana and Serie A titles.

Joao Cancelo is yet to be married at the time of writing. We bring you facts about his dating history and current relationship status.

To begin with, Cancelo is not known to have dated any woman before he met his girlfriend, Daniela Machado.

The lovebirds who met in 2017, when Cancelo was still playing for Inter Milan have been inseparable ever since.

The Italian-born is not just loved by Cancelo but popular with Fans of Manchester City who warmly welcomed her to the fold of wags in the premier league.

Although Cancelo and Daniela are expecting the birth of their first child at the time of writing, he is believed to have a little-known son after uploading an Instagram photo with the caption ‘My kid 🌟❤️’. 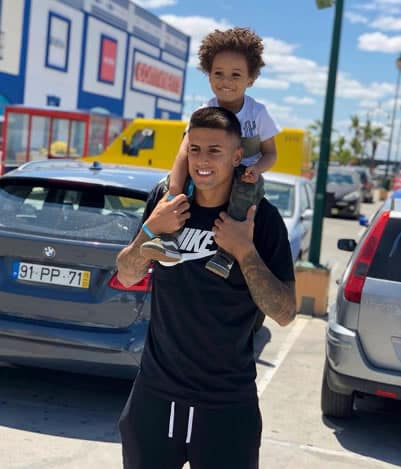 The Portuguese hails from a middle-class family background. We bring you facts about his family life.

Cancelo’s has a dad identified as Joseph. The defender is close to his dad, who he often reminded to watch out for his breakthrough in football.

Though Joseph initially didn’t take Cancelo seriously, he supported him and now lives to celebrate his success.

Cancelo’s mom was Filomena. She was arguably the most important influence in Cancelo’s life as he credits her for transporting him to training and matches, as well as being his greatest fan.

Little wonder her death in 2013 saw Cancelo’s world fall apart as he mourned the irreparable loss. Losing his mum in a tragic car accident was responsible for spurring the defender on to succeed (TheSun Report).

Cancelo has no sisters but a brother that answers to the name Pedro. Little is known about the sibling at the time of writing, as Cancelo is yet to reveal anything about him.

Away from Cancelo’s immediate family, Little is known about his paternal grandparents as well as maternal grandfather and grandmother.

Similarly, there are no records of Cancelo’s uncles, aunts, nephews, and nieces while his cousins have not been identified in notable events of his early life to date.

What makes Joao Cancelo tick? Sit back as we bring you makings of his personality in order to help you get a complete picture of him. To start with, Cancelo’s persona is a blend of Gemini zodiac traits.

He is motivated, emotionally in tune, and moderately reveals details about his personal and private life. His interests and hobbies include travelling, swimming, and spending a good time with friends and family.

Starting off, Joao Cancelo’s net worth is still under review, however, he has a market value of €55,00 Million at the time of writing.

The origin of his little-known wealth majorly stems from his football endeavors while analysis of his spending patterns reveals that he lives a luxurious lifestyle.

Although the true value of his assets like house and cars are yet to be ascertained, there’s no denying the fact that he lives like a king and gives fans a glimpse of such a lifestyle by sharing photos that capture him having nice moments at expensive resorts around the world.

To wrap up our Joao Cancelo childhood story and biography, here are facts that are hardly included in his bio.

Thanks for reading our version of Joao Cancelo’s Biography and Childhood Story. At LifeBogger, we strive for accuracy and fairness in our quest to deliver you the Biography of Portuguese Professional Footballers. Indeed, the Biography Story of Fabio Silva, Diogo Dalot, and Rafa Silva would interest you.

If you find something that doesn’t look right in Joao Cancelo’s Bio, please share it with us by commenting below. We’ll always value and respect your great ideas.