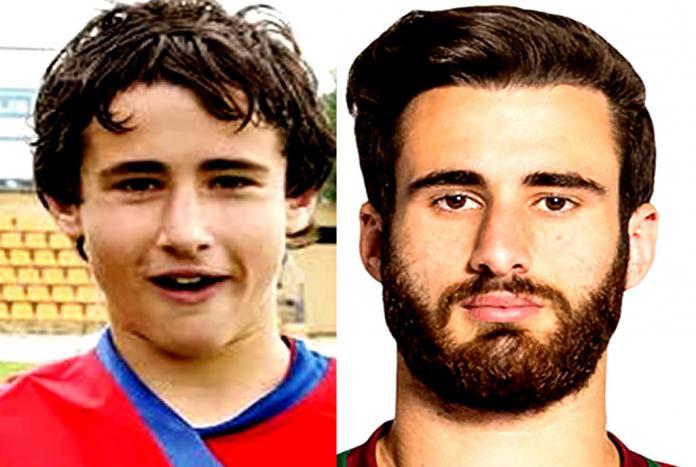 Our Biography of Rafa Silva tells you Facts about his Childhood Story, Early Life, Parents, Family, Girlfriend/wife to be (Claudia Duarte), Lifestyle, Net Worth and Personal Life.

In a nutshell, we give you the history of the Portuguese footballer of Póvoa de Santa Iria e Forte da Casa origin. Lifebogger begins from his early days, to when he became famous with AC Milan. To give you a taste of the engaging nature of Rafa Silva’s Bio, here is a pictorial summary of his life.

Yes, everyone knows about his exquisite ball control, his stunning dribbling speed and excellent passing range. However, only a few consider Rafa Silva’s Biography which is quite interesting. Now without further ado, let’s begin.

For Biography starters, he bears the nickname “The Portuguese Eden Hazard“. Rafael Alexandre “Rafa” Fernandes Ferreira da Silva was born on the 17th day of May 1993 at Forte da Casa in Portugal. He was born to a mother whose name would not evade search engines forever, and to his father – Joao Silva.

The Portuguese national of white ethnicity with Little known roots was raised at his hometown – Forte da Casa, where custard-filled pastry is said to have been invented.  However, young Silva grew up as a skinny kid with a frail stature that supposedly kept him from playing football and participating in any other sport until he was aged 10.

It was at sporting school União Atlético Povoense – 3 kilometres from Forte da Casa – that Silva took his first steps in football, an activity he combined with academic pursuits at a high school in Santa Maria da Feira.

While playing for Povoense, the then 10-11-year-old was feared and respected by defenders of other teams who never believed he could overwhelm them with speed, dribbling and lightning shots.

Having spent an entire year learning the basics of football and excelling at sporting school União Atlético Povoense, Silva proceeded to Futebol Clube de Alverca where he had the most years of his youth career.

Midway through his 7 years journey at the Club, Silva gained respectable weight that deterred his opponents from thinking less of him. However, their Close markings were no match to his attacking prowess.

An 18-year old Silva went on to sign with C.D Feirense which delayed his promotion by a year as he was made to play in the club’s youth system for the entirety of the 2011-2012 season.

Silva soon attained promotion and made his professional debut in a 2-1 home victory against F.C. Penafiel. However, he wasn’t comfortable playing for the club which he figured could delay his breakthrough.

As a result, Silva wasted no time in securing a move to S.C Braga where his silky skills were rated high by successive managers that built the team around him. His significant achievements with Braga include leading the team to the quarterfinals of the 2016 UEFA Europa League as well as a victory in the 2016 Taca de Portugal Final.

Fast forward to date Silva is a key striker in Benfica’s attacking squad who never ceases to win the admiration of the club’s fans and managers as well as those of his opponents. The rest, as they say, is history.

Behind every football genius is an unconditional supportive girlfriend. The catchphrase holds sway in the love life of Rafa Silva and his stylish wag identified with the name Claudia Duarte.

Although Little is known about when the lovebirds met, they have been adjudged to be a perfect pair whose romance has survived the test of time. It is worthwhile to note that the duo are not yet married at the time of writing, neither do they have son(s) and daughter(s) out of wedlock.

Family isn’t just an important thing to Rafa Silva, it is everything. We outline facts about his family life.

About Rafa Silva’s father: Joao Silva is Rafa’s dad. Joao used to be an incorrigible chain smoker until Silva made him quit by scoring a specific number of goals according to the demands of a bet that they both agreed to. The duo have always enjoyed a good father-son relationship and serve as positive influences on each other.

About Rafa Silva’s mother: There’s not much known about Silva’s mom at the time of writing. Nonetheless, she’s one of the most important persons in Silva’s heart and arguably the most stylish member of the striker’s family.

About Rafa Silva’s siblings: Silva grew up with an older brother identified as Jose Silva. The siblings look alike in many ways and could be mistaken for twins. Asides Jose, there has been no verifiable mention of any other siblings.

About Rafa Silva’s relatives: There has been no record of Silva’s paternal and maternal grandparents, neither are his uncles, aunts, cousins, nephews and nieces known at the time of writing.

Do you know that Silva has a down to earth personality while his persona radiates traits of Taurus Zodiac sign? He is humorous, discrete, polite, humble and rarely reveal information about his personal and private life.

The striker has a number of engaging interests and hobbies that include reading, sports betting, photography, swimming, comedy, sightseeing, watching movies and spending good time with his friends, family and dog.

On the other hand, Silva’s luxurious lifestyle proves beyond reasonable doubts that he has built a solid financial base from playing football, while his style of dressing and choice destination for vacations portray him as a big spender, regardless the fact that his house and cars collection are yet unknown.

How well do you Rafa Silva beyond what has been written about him in this bio? here are a few lesser-known or untold facts about the midfielder.

Smoking and drinking: Silva does not fancy smoking and went miles to make his dad quit the habit. However, it is not known if he appreciates drinking as he is yet to be spotted taking shots or drinking responsibly at bars.

Tattoos: The striker loves tattoos and has body arts on both hands. However he is yet to communicate the meaning behind them, neither has photos been purposely taken to determine reasons behind the tattoos.

Religion: Not much is known about Rafa Silva’s religion at the time of writing owing to the fact that he has left no pointers to his faith. Moreso, the Portuguese international does not strike fans and the press as religious during interviews.

The reason behind Silva’s nickname: Silva was nicknamed “Portuguese Eden Hazard” owing to the fact that his goal-scoring and chance creating abilities are similar to those of the Belgian player.

FACT CHECK: Thanks for reading our Rafa Silva Childhood Story Plus Untold Biography Facts. At LifeBogger, we strive for accuracy and fairness. If you find something that doesn’t look right, please share with us by commenting below. We’ll always value and respect your ideas.