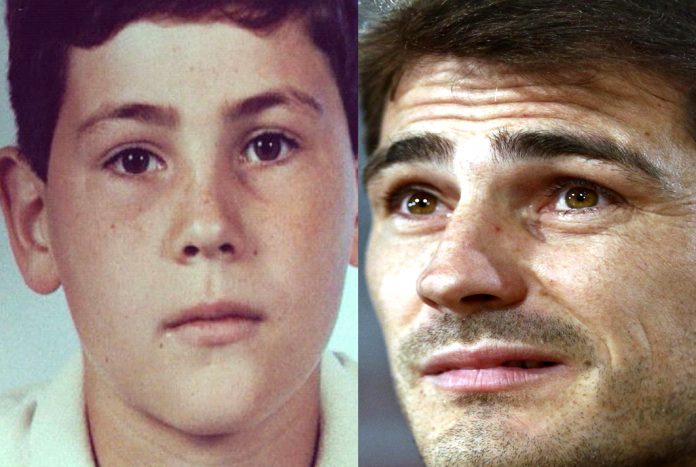 LifeBogger presents the Biography of a Legendary Goal Keeper with the nickname “The Saint”.

Our Iker Casillas Childhood Story plus Untold Biography Facts bring to you a full account of notable events from his childhood time to date.

Yes, everyone knows of his ability to produce spectacular saves. However, only a few consider Iker Casillas’ Biography, which is quite interesting. Now, without further ado, let’s begin.

Starting off, Iker Casillas Fernandez was born on the 20th day of May 1981 in Mostoles Community of Madrid, Spain.

He was the first of two children born to his mother, Maria del Carmen (a hairdresser) and to his father, Jose Luis Casillas (a teacher).

The Spanish national of white ethnicity with European roots was initially raised by his parents at the city of Bilbao in Spain for a few months before his family finally settled at his birthplace in Mostoles.

Growing up in Mostoles alongside his younger brother – Unia Casillas, Young Casillas had no quirks or wild side to his childhood story. He was rather a normal kid who, at the age of four years old, dreamt of becoming a goalkeeper.

Over the ensuing years, Casillas served as a goalkeeper whenever his friends organized a football game in their neighbourhood and often accompanied his father to watch their favourite club – Athletic Bilbao – play in Real Madrid’s stadium.

Iker Casillas’ education background comprises of his studies at Picasso school in  Mostoles. The shot-stopping prodigy studied at the school up to 5th grade before progressing to Vicente Aleixandre school at Mostoles.

By the time Casillas was aged 9-10, his parents saw a sports newspaper ad regarding application into Real Madrid’s football academy.

Seizing the opportunity, Casillas father took him to Santiago Bernabeu for tests and tryouts which he passed. Thus began Casillas career buildup with Real Madrid.

While at Real Madrid, Casillas steadily rose through the ranks from fry and children to youth divisions, advancing not just in skill set but in professional conduct particularly discipline and punctuality to training.

Casillas was first called up to Real Madrid’s senior team during a Champions League match against Rosenborg when he was aged 16 in November 1997.  However, he remained an unused substitute throughout the match.

Moving on, Casillas spent a season with Real Madrid’s C team which he helped win the regional cup, a development that saw him become a prospect for the club’s first choice goalkeeper.

The next year (1999) was indeed a great one for Casillas who won the Youth World Cup with the Spanish national team and made his debut for the first team of Real Madrid in the La Liga and the Champions League. The rest, as they say, is history. 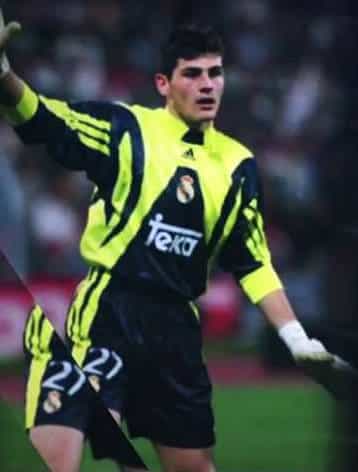 Iker Casillas is a married man as at the time of writing, We bring you facts about his dating history and marital life. to begin with, the shot-stopper began dating Spanish Model Eva González in 2005.

The ex-lovebirds who displayed public affection for over three years suddenly went separate ways in August 2008. No son(s) or daughter(s) was born of their relationship.

2010 was the year which Casillas began dating his wife-to-be Sara Carbonero. Theirs was a relationship that lasted for over 5 years before they got married on the  20th of March 2016. 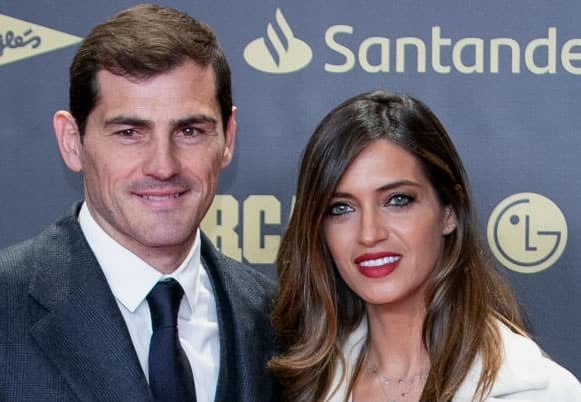 Iker Casillas has a middle-class family background. We bring you facts about his family life.

Jose Luis is Casillas’ dad. The teacher and father of two was born and raised in Bilbao where he spent his childhood and adolescence. Jose is extremely close to Casillas whom he played football with during his early life.

They also made football predictions together and at some point lost an estimated €1.2 million (£1 million) because Casillas forgot to post his father’s correctly predicted results.

However, Casillas has made up for the loss through his impressive professional football records and earnings.

Maria del Carmen is Casillas’ mom. She worked as a hairdresser at the time of Casillas birth, a job which she combined with homemaking.

The mother of two who loves football like her husband and sons is a fan of Athletico Bilbao and has followed Casillas professional career closely, giving him motherly support when he needs it and speaking against any unjust treatment meted on him. 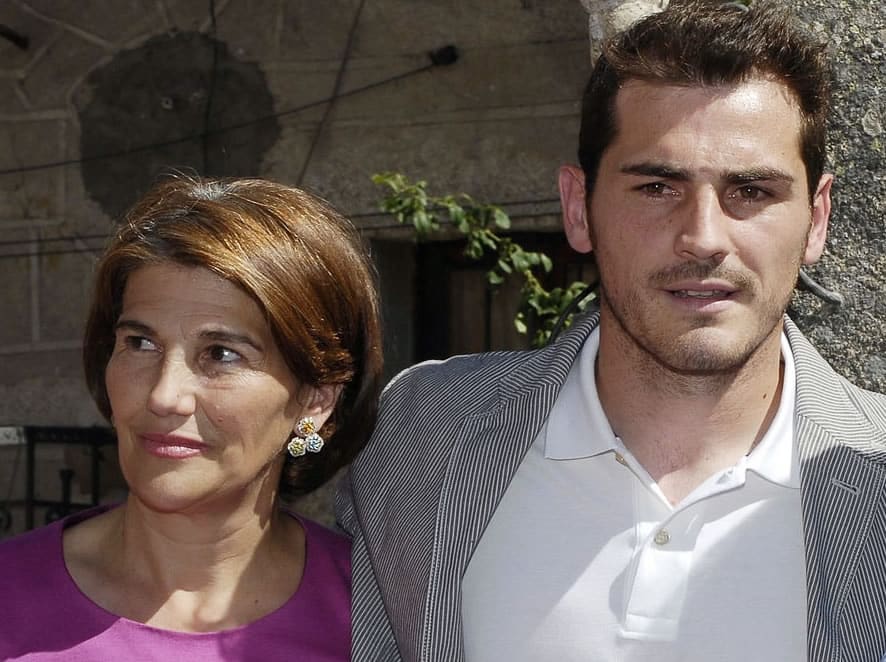 Casillas has no sister(s) but a brother called Unia Casillas. Like Casillas, Unai grew up loving football but neither became a goalkeeper like his elder sibling nor record much success with professional football as he only served as a central midfielder for CD Mostoles.

Away from Casillas’ immediate family little is known about members of his extended family like his aunts, uncles and nieces.

Similarly, he has paternal grandparents as well as maternal grandfather and grandmother who have not been identified in notable events from his childhood time to date.

The same situation goes across the board for his nephews, nieces and cousins.

What makes Iker Casillas tick?. Sit back as we bring you makings of Casillas personality to help you get a complete picture of him.

To begin with, Casillas persona is a blend of Taurus zodiac traits he is an ambitious trailblazer and reliable individual.

In addition, he has a good sense of humour and simplicity that is made evident whenever he reveals information about his personal and private life. Casillas hobbies and interests include seeing movies, hanging out with friends and family.

Being an old soul, he has not much interests in video games including those that relate to sporting activities.

Iker Casillas has an estimated net worth of over $20 million as at the time of writing.

The origin of his wealth stems from earnings or salary accrued during his near two decades of football career with Real Madrid, FC Porto and the Spanish national team.

Therefore, the footballer lives a luxurious lifestyle that is made evident in his spending patterns and possession of expensive assets.

The assets include his beautiful houses spread across Spain and his exquisite cars collection comprising Audis, BMW’s and Range Rovers. 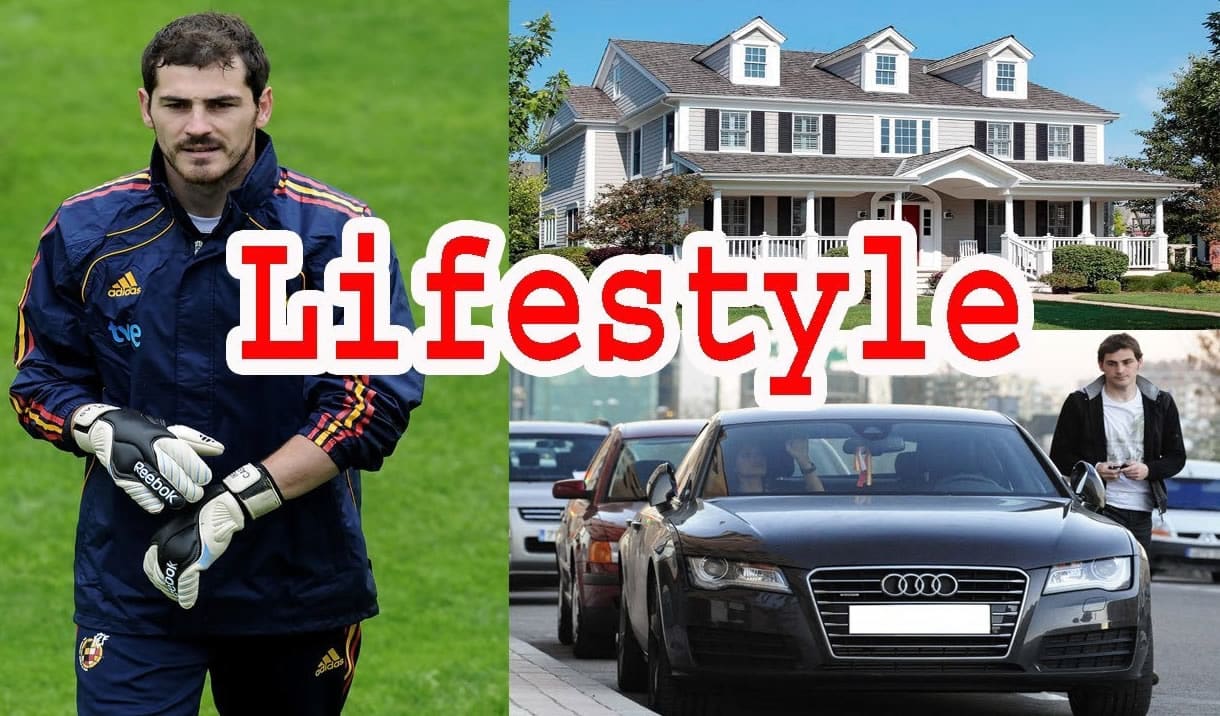 To wrap up our Iker Casillas’ childhood biography here are some untold or lesser-known facts that are rarely included in his bio. 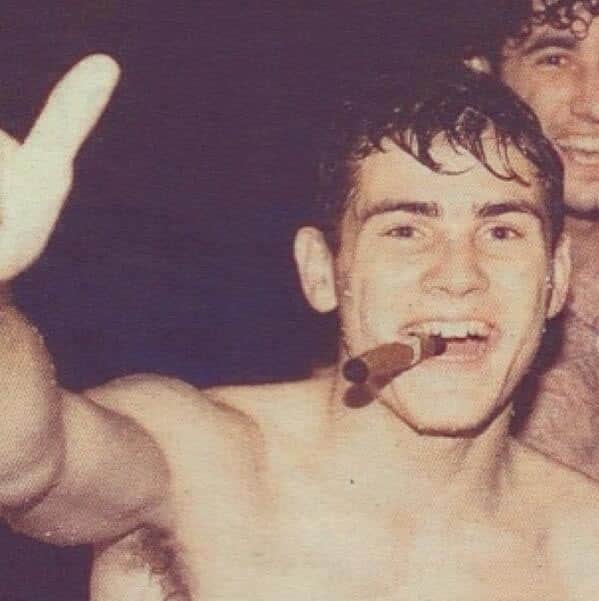 Regarding his religion, Casillas was born and raised as a Roman Catholic. The goalkeeper has not departed from the religious aspect of his upbringing, as he is still a practising Catholic at the time of writing.

The shot-stopper who has no history with serious injuries or sickness shocked fans when it was reported that he got a cardiac or heart attack during a training session with Porto on the 1st of May 2019.

He was immediately rushed to the hospital and reported to be stable hours later. 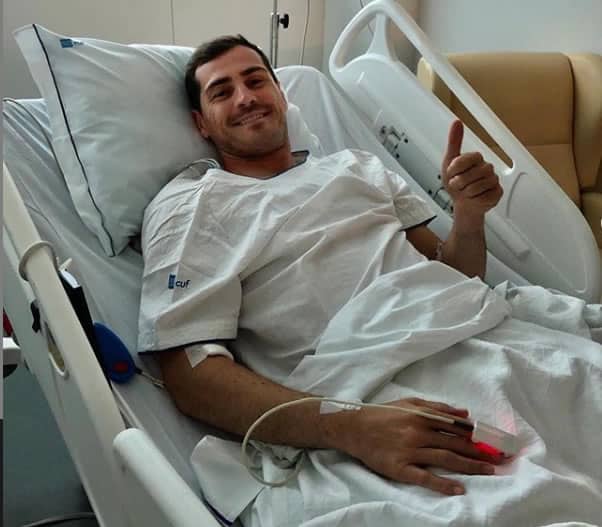 Fans have been ever since concerned about updates on Casillas’ health condition which cannot be dismissed as a mere ailment.

More so, Casillas’ heart attack raises fear about his possible immediate retirement considering the fact that he is almost 38 years old. Meanwhile, fans have been sending goodwill messages to the goalkeeper wishing him total recovery.

FACT CHECK: Thanks for reading our Iker Casillas Childhood Story plus Untold Biography Facts. At LifeBogger, we strive for accuracy and fairness.