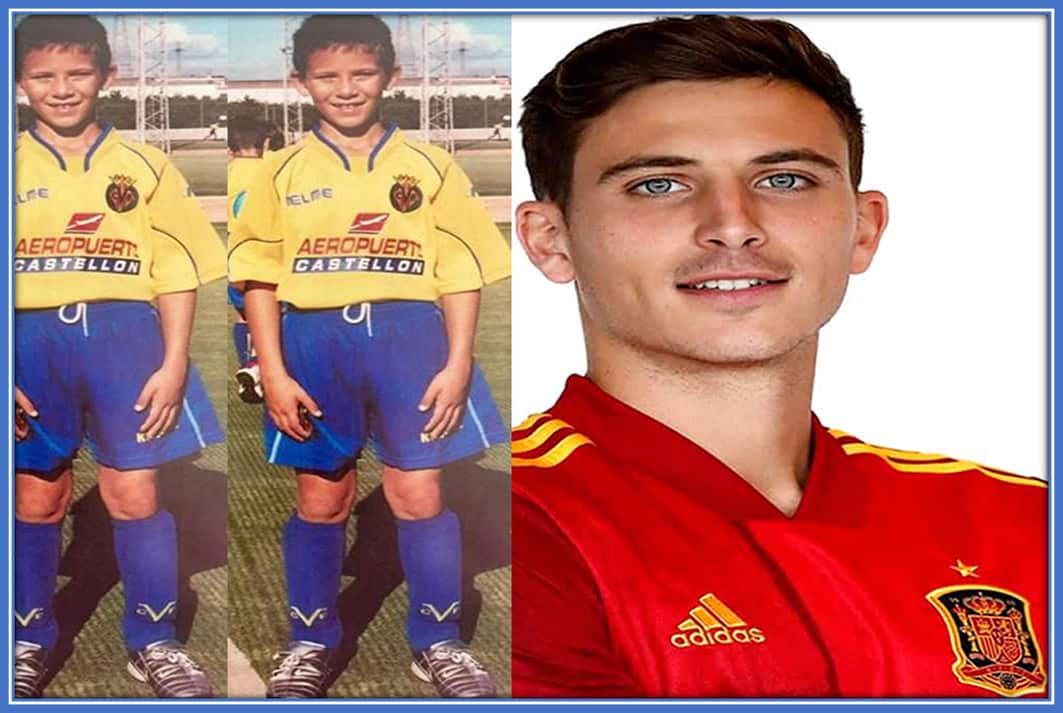 In a nutshell, we portray the Life History of a Defensive Tower, a loyal footballer who has made a name for himself.

Lifebogger’s version of Pau Torres’ Story begins from his early days to when he became famous in both national and club colours.

To whet your autobiography appetite on the engaging nature of Pau Torres Bio, we’ve gone ahead to give you his early life and rise gallery. What you see below is a summary of his life journey.

Yes, everyone knows the 2020/2021 season have made the Central Defender go from unnoticed an absolute international with Spain. No wonder, Real Madrid came begging for his signature – according to Marca.

Despite becoming indisputable at 23, Lifebogger realizes that only a few soccer fans have read a concise piece of Pau Torres Biography. We have prepared it, for you and without further ado, let us begin.

For Biography starters, he bears the full names – Pau Francisco Torres. The Spanish defender was born on the 16th day of January 1997 to his parents in the city of Villarreal, Span.

According to our research, Pau came to the world as the last born child – otherwise known as the baby of the house.

He is one among three children (a sister, brother and himself) born of the union between his parents – who are pictured below.

Having a big brother in Jordi Torres means the world to him. For both of them, it was never an eye to eye but always heart to heart.

Pau grew up with Jordi and both (pictured below) never allow each other to wander in the dark alone.

It is pertinent to state that Jordi Torres is two years older than Pau. Both brothers didn’t grow up all alone but alongside their sister (Clara Torres) who happens to be the eldest in the Torres family.

There is a saying that the brothers and sisters’ relationship is very much like Tom and Jerry. They fight each other a lot but can’t live without complementing each other.

The Spaniard comes to mind each time I think of a footballer with humble origins. Put simply, Pau comes from a family that did not have high social status.

Everyone in his household, including extended family members do not see themselves as proud.

Have you noticed he’s been loyal to Villarreal CF? It is because the football club has a close relationship with Pau Torres Family roots.

In case you didn’t know, he born and raised in a city that has its greatest club in their neighbours.

Asides from its football club, Villarreal’s economy has made profits from the cultivation of oranges and the manufacturing of ceramic tiles.

The Spanish schooling system is compulsory and made free for all children aged between six to 16 years.

Pau wasn’t like the average kids who agreed to all things – education. All he wanted was to become a professional footballer.

The idea of taking up soccer as a job came through Pau Torres brother, Jordi. He was the one who introduced and taught him the first skillsets to the game.

More importantly, Jordi made Pau develop the mindset of never giving up on his football ambitions.

Understanding their boy’s desire to play football for a living, Pau Torres parents did all they could to support their aspirations. They never forced them on toeing the line of becoming Lawyers, Engineers or Medical Doctors.

Back then, Jordi had a neighbour who was his age mate. He introduced his brother Pau to him, and the three boys would often go to Villareal’s town hall square to play football. Speaking about other childhood soccer adventures, Pau once said;

I remember we used to shoot towards one of our neighbour’s garage as well. The man is a family friend.

Early on, Pau’s brother and friends had issues playing football in public spaces – especially the town hall square. This was because of the restrictions by Villarreal government officials known as City Council.

To remedy the situations, boys were allowed to play football in small courts set up around the city. The local government set that to facilitate the practice of sport, without disturbing anyone.

Playing soccer at small courts, the Youngster displayed an unrivalled football prowess more than his elder brother and his peers.

That led to Villarreal football scouts inviting him for trials at their academy. Thankfully, our boy (pictured below) passed with flying colours.

Truly, it’s every child’s dream to join Villarreal’s academy. Little Pau as expected had a good start to life with his hometown’s soccer school.

With outstanding defensive skills, he ensured he keeps his team away from his opponents. Such winning mentality brought led to his acquiring his first-ever trophy.

Pau Torres kept on making an impression with Villarreal. That saw him moved up the academy ranks very quickly, as he thrived against all sorts of opponents – with few losses and extra trophies. 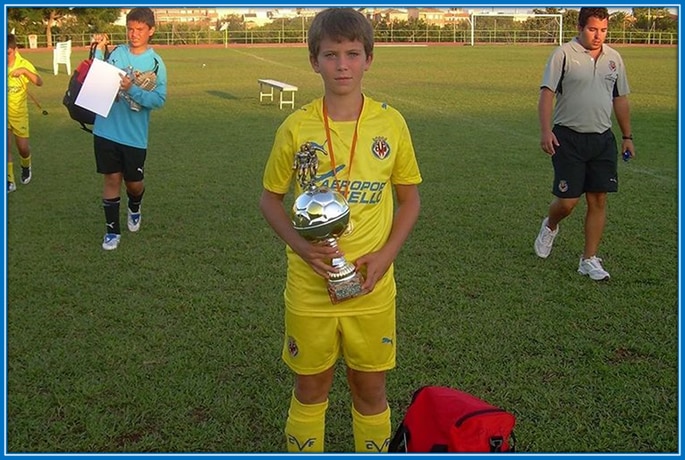 Just like his fellow countryman, Ilaix Moriba, he dreamt of having a one-on-one with his Idol.

In case you are wondering, it is NOT Xavi Hernandez neither is it Andreas Iniesta. He is no other than one of Villareal Football Legend, the person of Almighty Santi Cazorla.

Without a doubt, the photo above tells an amazing story. It makes us understand the fact that Tomorrow is indeed pregnant.

Little did Santi Caziola knew he was with a boy who would become his teammate and eventually help his club to win the 2021 Europa League.

The Spaniard journeyed through the academy of Villarreal from 2002 to 2016 – when he made his league debut with the club’s reserves.

During this time, Pau was seen as no ordinary defender but as one of the greatest prospects as far as Spanish football concerned.

Thanks to being supremely talented, the 1.92 meters and 6 feet 4 inches Centre Back was made a captain of his side. 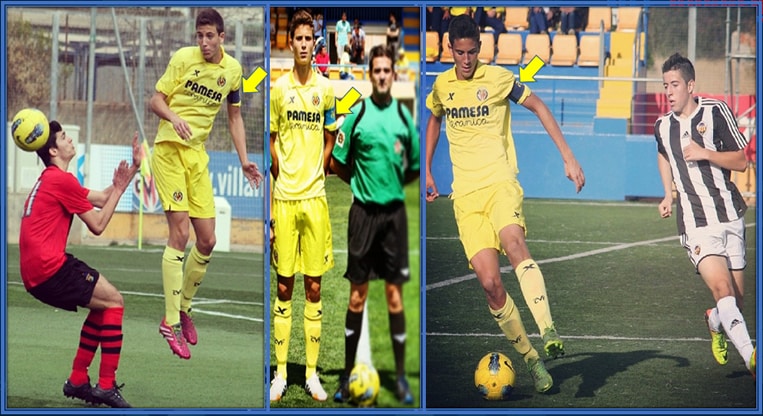 Pau stood out in areal abilities and because he was left-handed Centre-Back, it became like a deadly combination.

It is important to let you know that left-handed Central Defenders of his height are always in high demand.

The Rising Star journeyed through the Villarreal reserves throughout 2016. To the joy of his parents and family members, Pau Torres signed a professional contract, becoming a senior player – in the year 2017.

By putting his pen to paper, Mr Handsome became the first footballer of Villarreal family roots – to debut for the club in 13 years. 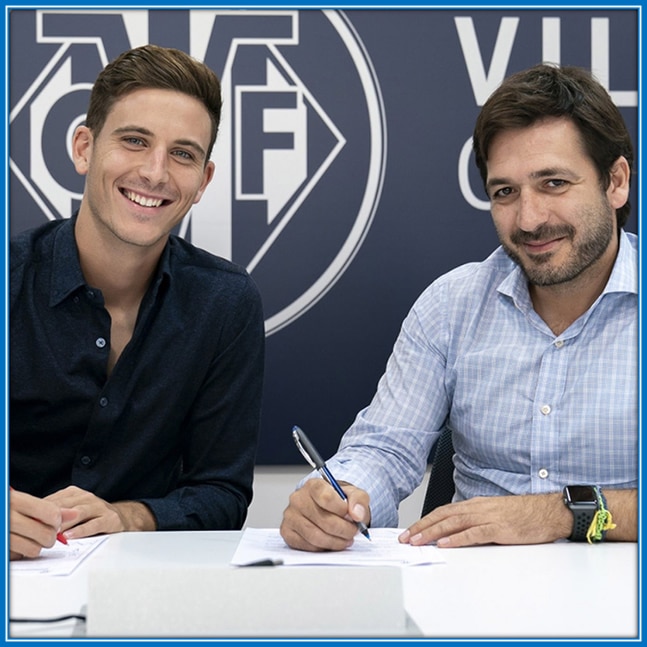 Leaving Family for the first time:

Around August 2018, Pau made one of the biggest decision of his life. It was one that saw him leaving his parents, siblings for the first time.

In a bid to gather soccer experience, he decided to go on loan to Malaga CF. 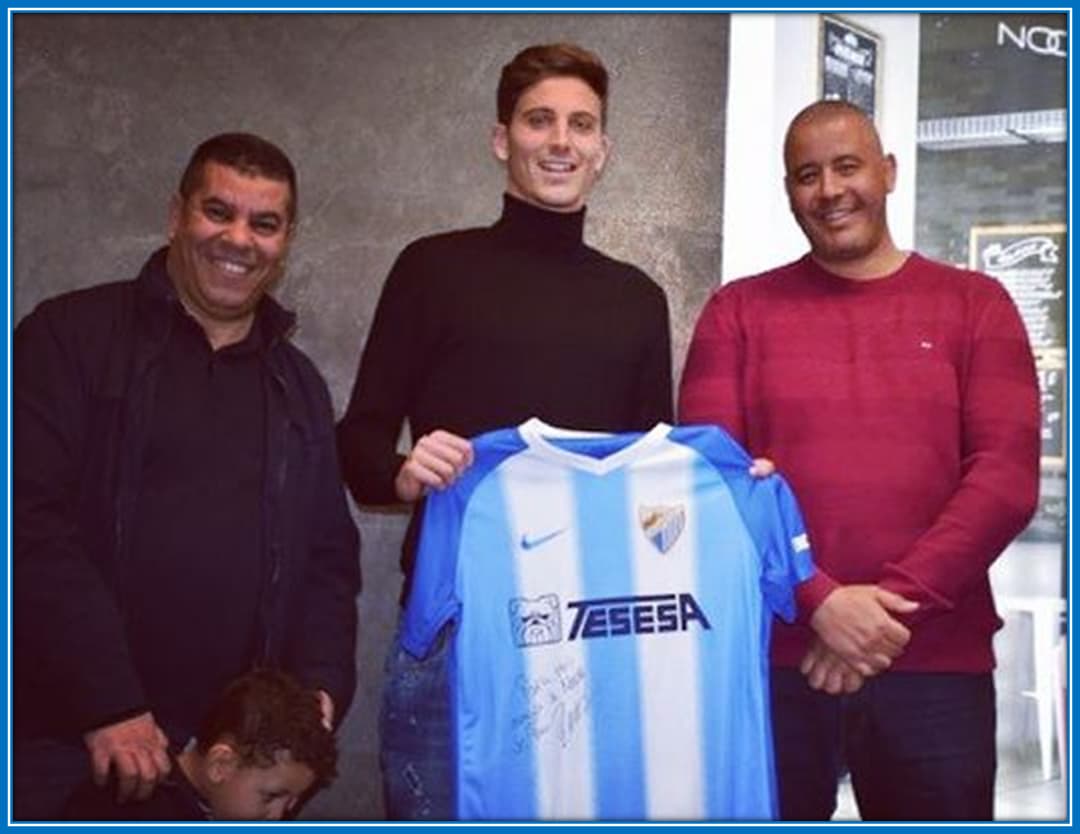 Pau spent only one year with Málaga CF, a football club he transformed – all thanks to his individual brilliance.

In case you never knew, his brilliance (talking about his defensive and goal-scoring ability) helped the Segunda División club reach the play-offs.

My rise wouldn’t have been impossible if I didn’t make the decision to go to Malaga.

For me it was a step forward, to already play in the Second Division. It was like doing military service in soccer.

The rising star of Spanish football said this during an interview with the media.

In Malaga city, Pau lived alone, with no girlfriend or family member. Muñiz and Víctor Sánchez, the coaches he had treated him very well – like they were his parents.

Sadly, they began to miss him after he said good day – a year after joining the club.

Following a successful spell with Malaga, the young Yellow Submarine got a recall by his parent club.

He travelled for 6 hr 54 min (689.9 km) to rejoin his family at Villareal. Upon his return, Pau was handed a new and improved contract.

Since returning from loan, Torres has cemented his place in Villarreal’s starting XI, playing almost every minute in the league. 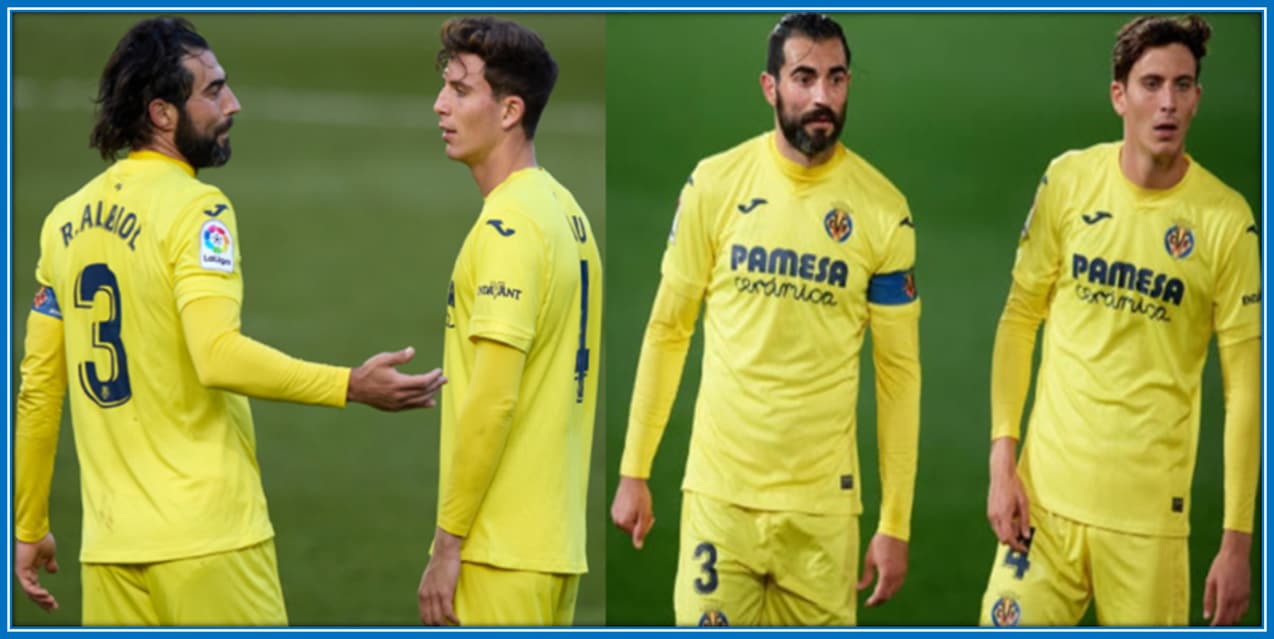 Both central defenders developed good chemistry together and that helped open the doors of the National Team wide open for Pau Torres. Their ability to deny attacking penetration made the youngster gain national recognition.

To the joy of his family, Torres got his first call up for the Spain national team by Robert Moreno precisely on the 4th of October 2019.

Our boy did not debut until November 15th, the day he scored in a 7–0 rout of Malta.

As observed in the highlight video below, Pau Torres goal came within a minute of replacing Sergio Ramos.

That match also saw Dani Olmo scoring on his first cap. It is the first time that two Spaniards did so in exactly 30 years.

The Europa Victory and Euro 2020 Call:

The coming of Unai Emery following his sack at Arsenal just made things better for the fast-rising Spaniard. 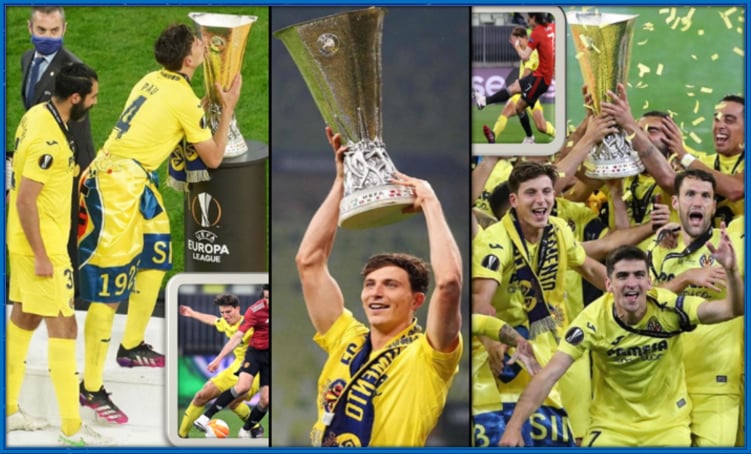 Successfully passing several tests, like the one which was against the likes of Cristiano Ronaldo earned him a call for the European competition. 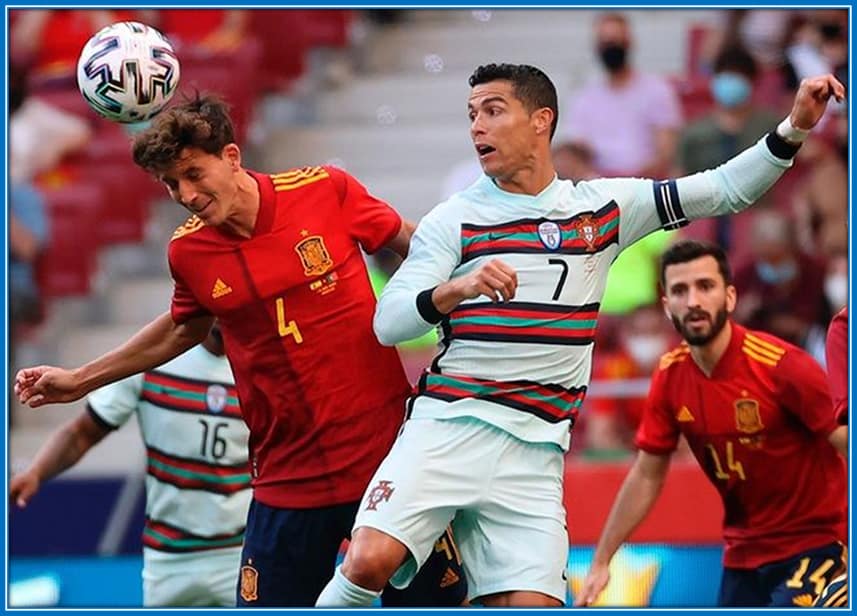 At the time of writing Pau Torres Biography, he alongside fellow brother, Almeric Laport have earned the reputation of becoming the men t retire Sergio Ramos from the Spanish national team.

One thing is sure for the Spaniard, the fact that one of Europe top clubs would acquire him after the Euro 2020 competition. The rest, as we say of his Biography is history.

Who is Pau Torres Girlfriend?

There is no denying it, he is among the most handsome footballers of his generation.

Pau has plenty of success to his name, and we think it is normal for fans to surf the internet to know if there is a girlfriend or if he is married- meaning he has a wife. 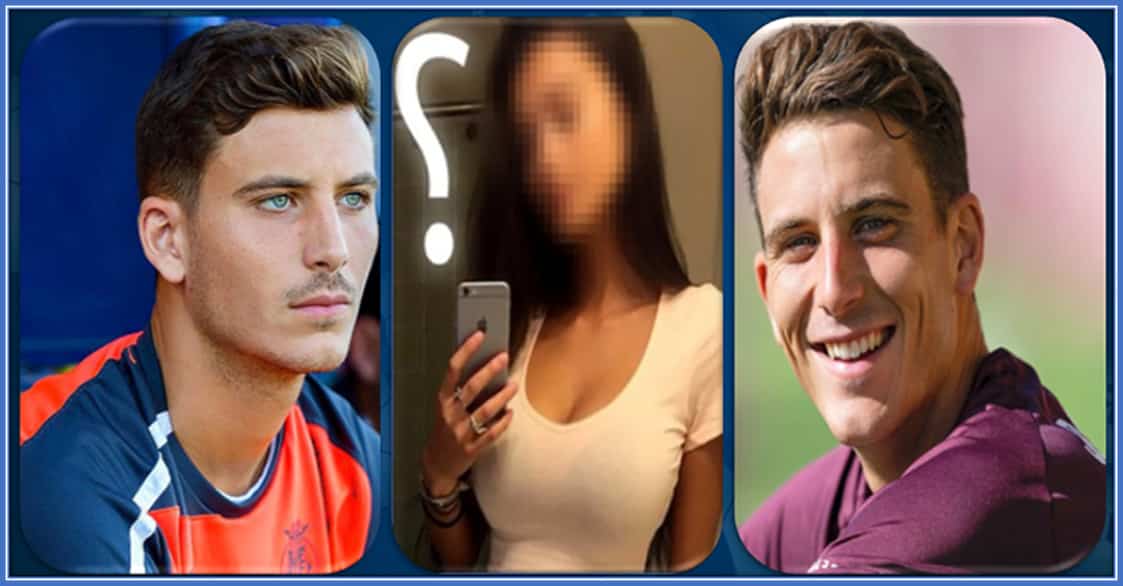 After several hours of research, we were able to find someone, whom we think holds the role of a girlfriend – as of June 2021. She goes by the name Isabel Parra. It appears they have been dating each other for quite a while. 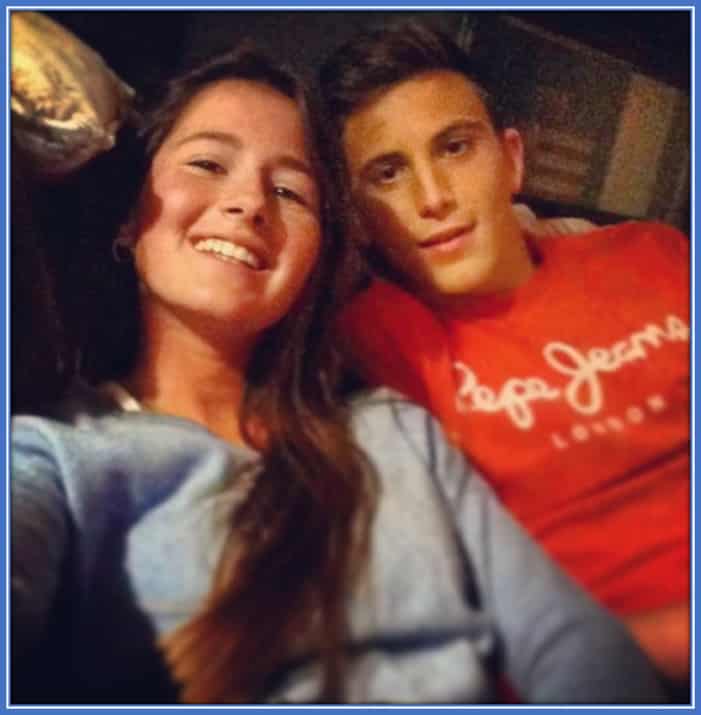 At some point in our investigation, we asked, could Isabel Parra be one of Pau Torres family members. We found out – that the answer to that question is a capital NO!

This is because there came this photo of Isabel Parra and Pau Torres enjoying themselves as lovers do. 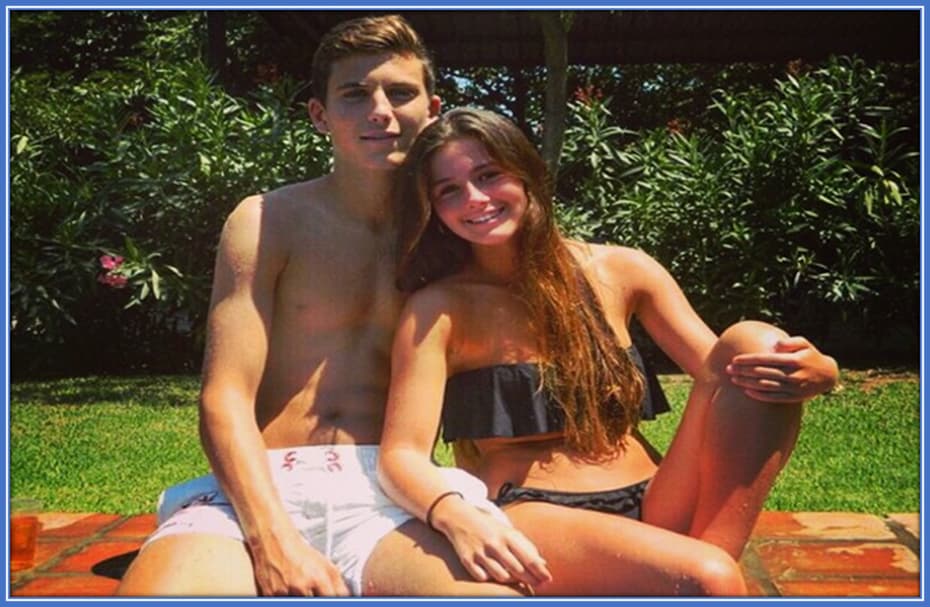 In conclusion, we are of the view that Pau Torres has once been in a relationship – with Isabel Parra.

As of the year 2021, we have not noticed any update on his relationship status. This brings us to the question – whether Isabel Parra is still in the picture.