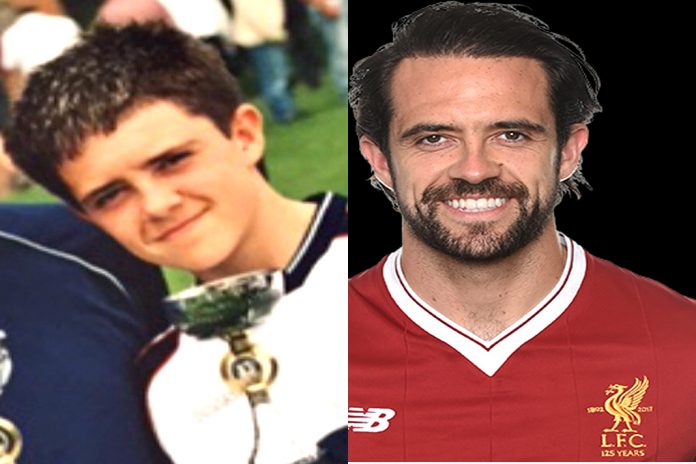 LifeBogger presents the Full Story of a Football Genius who is best known by the Nickname; ” the Hampshire Tevez”.

Our Danny Ings Childhood Story plus Untold Biography Facts brings to you a full account of notable events from his childhood time to date.

The analysis of the England Forward involves his life story before fame, family life and many OFF and ON-Pitch little-known facts about him.

Yes, everyone knows about his Burnley days, humility and charitable push to life, but few consider our Danny Ing’s Biography, which is quite interesting. Now, without further ado, let’s Begin.

Starting off, his full name is Daniel William John Ings. Danny was born on the 23rd day of July 1992 in Winchester, England. He was born to his parents, Mr and Mrs Shayne Ings.

Our version of Danny’s childhood story is interesting, if not uncommon. We give you a story of a young dreamer who became blessed with extraordinary talent, one who never gave up his hopes of becoming a footballer.

Danny’s ambitions were not just a passing fancy. He learnt the first antics of the game from his father, who was a former professional and his best friend.

As seen in the photo below, a strong father-son friendship exists between the two. 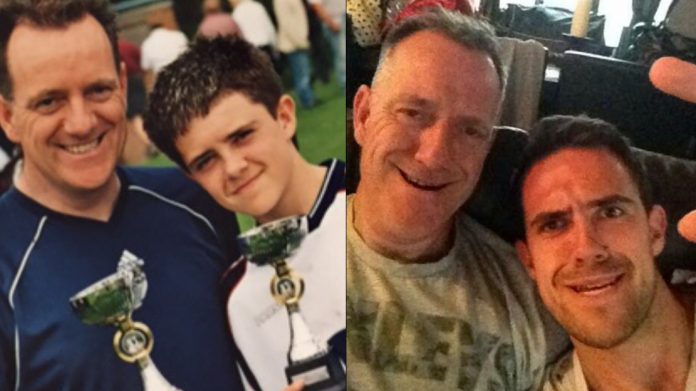 Growing up in Netley, Hampshire, Ing attended Netley Abbey Primary School. Ings, as a child, dreamed of playing for the local club, Southampton.

This actually came to pass. He signed for them through Netley Central Sports. Unfortunately, Ings was rejected for being too small before his youth career could go far.

He was not just rejected from playing, but released from the Southampton youth team at the tender age of 10.

This was a time the St Mary side were been focused on players like Adam Lallana, Theo Walcott, Alex Oxlade-Chamberlain and Gareth Bale.

In fact, the first three of the mentioned players once teamed up with Ings on the odd occasion for the Southampton youth side before his release.

Ings with the help of his father immediately found shade and solace away from his troubled reality with Southampton.

After being released by Southampton, the Englishman turned out and played for his dad’s Sunday League Football team called Itchen Tyroin, in the Hampshire village of Hamble.

Below is a photo of young Ings looking fully recovered from the Southampton heartbreak. 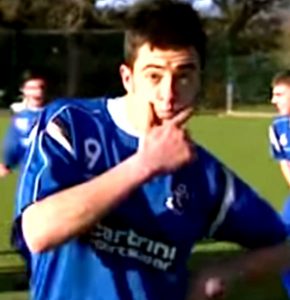 Ings remained there until the age of 15 and then was invited for a trial at Bournemouth, where he won his first professional contract, progressing through their youth system.

In a bid to pay back to the club for helping him, Ings subsequently signed a two-year apprentice contract with Bournemouth in May 2008, having progressed through the club’s Centre of Excellence.

He was still at secondary school, Hamble Community Sports College, at that time.

To get more experience, the English Footballer decided to spend time at Dorchester Town on loan.

In 2011, Ings joined Burnley with whom he didn’t just win the Championship Player of the Year (2013–14 ) but helped his team achieve promotion to the Premier League.

Since then, he became a wanted man and Liverpool pounced on the opportunity. Following Burnley’s relegation and the expiry of his contract with the club, Ings moved to Liverpool in the summer of 2015.

As at the time of writing, he is now shining with the Saints. No doubt, Southampton have not taken risk with Danny Ings. The rest, as we say, is now history.

His art of football was complemented by a beautiful and wonderful lady. She is no other than his stunning girlfriend. 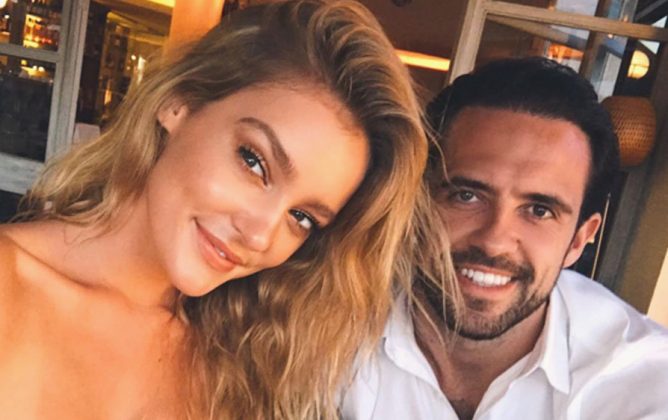 Georgia Gibbs grew up in Perth, Australia but was born in the UK. She is an Australian model who rose to stardom after competing on “Australia’s Next Top Model,”.

The brain-box finished school in the top five percent of the country but discovered modelling after being signed up to Australia’s Next Top Model.

Danny loves to enjoy romantic holidays in Mallorca with his stunning girlfriend Georgia Gibbs who describes him as ‘very generous, a best friend and The most loving and caring person she has ever met.’ 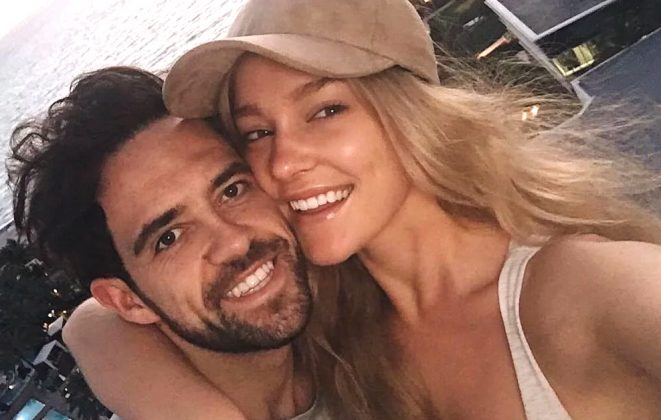 She has been the one beside him, taking very good care of him when he missed almost two seasons due to continuous injuries.

The loved-up pair regularly posts pictures of themselves on Instagram, to all of Georgia’s 503,000 followers as at the time of writing. 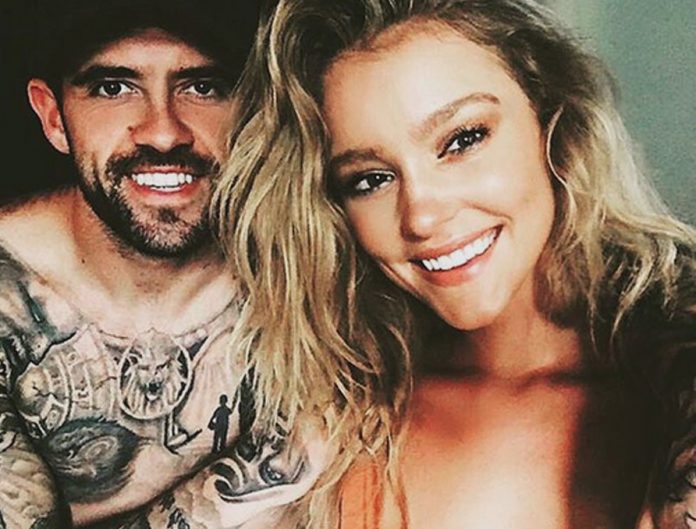 Judging by the way their relationship is going, it is only a matter of time before they get married.

Danny Ings comes from an upper-middle-class family background. He comes from a small family of a relatively unknown brother(s), sister(s) and mother. Unlike his mum, more is being known about his dad.

His father Shayne Ings initially played as a winger and then as a fullback for Hampshire-based Netley Central Sports.

Despite his son making it in football which means more pocket monies for his upkeep, Shayne still works as a self-employed bricklayer and the family still live in the same house in Netley.

Danny Ings credits his dad for his success in the game, as he pushed him all the way to be a success in football.

To tell the world how much loves his dad, Ings once posted a tattoo photo of a ‘father and son’ hand in hand on his chest, with the latter holding a football. 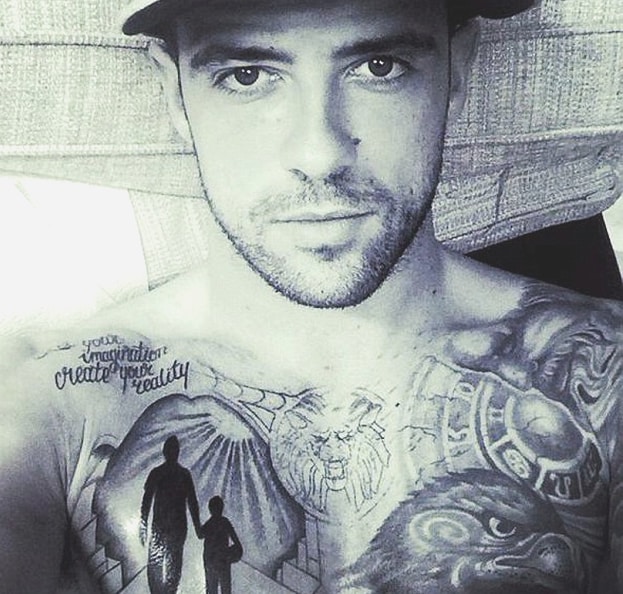 The former Bournemouth star says he cherishes this tattoo the most, calling it the most favourite out of all the tattoos on his body. Ings has described his father in the following words…

‘My best friend used to take me out every day and that’s why I put it on my body. There were no toys or games when I was younger, just a football.

I’m entirely grateful for everything he did. Whenever I was having bad spells, which you do when you’re a young lad and want to do things you shouldn’t, I got pushed by my dad in the right direction.

He guided me on what was needed to be done to get to where I am today. He always pushed me. Without him, I wouldn’t have this incredible journey that I’m on so far.’ says Ings. who still calls his dad ‘Big Shayne’.

Danny Ings Bio – His Boots his Kindness went Viral in 2013: 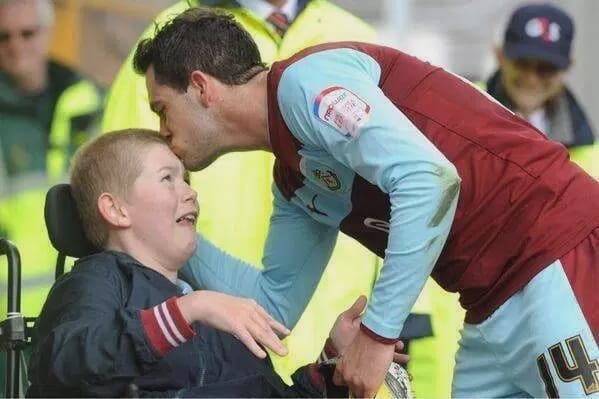 It’s a tradition at Burnley FC for players to give their boots to fans after the last game of the season. Danny’s boots and kindness once went viral in 2013.

At the end of the 2012-13 campaign, fans were shocked when Ings seriously ran 50 yards to give his boots to 13-year-old disabled, Joseph Skinner who is a life-long Clarets fan.

Since that fateful day, Joseph had more opportunities to met his hero. 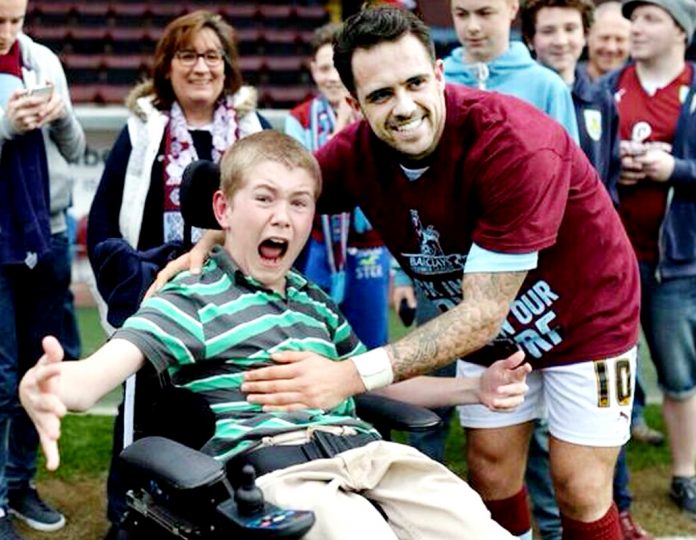 The club’s official photographer captured the above. The image of Ings handing over his boots and kissing Joseph on the forehead quickly went viral.

It earned him praise from all corners – for an act of tenderness rarely seen within professional football. Joseph described the incident as: “the best day of my life.”

Ings possess the following attributes to his personality. 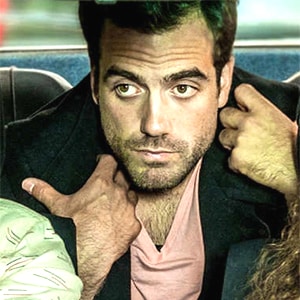 His Wishes: Having a good start to career life, working harder and aiming for England Call.

Danny Ings dislikes: Being ignored, facing difficult reality, not being treated like a king or queen

Little is known about this. Danny Ings is a natural-born leader. He is dramatic, creative, self-confident, dominant and extremely difficult to resist.

He is someone who can achieve anything he wants in any area of life he commits himself to.

There is a specific strength to Danny and his “king of the jungle” status which he possesses in him. 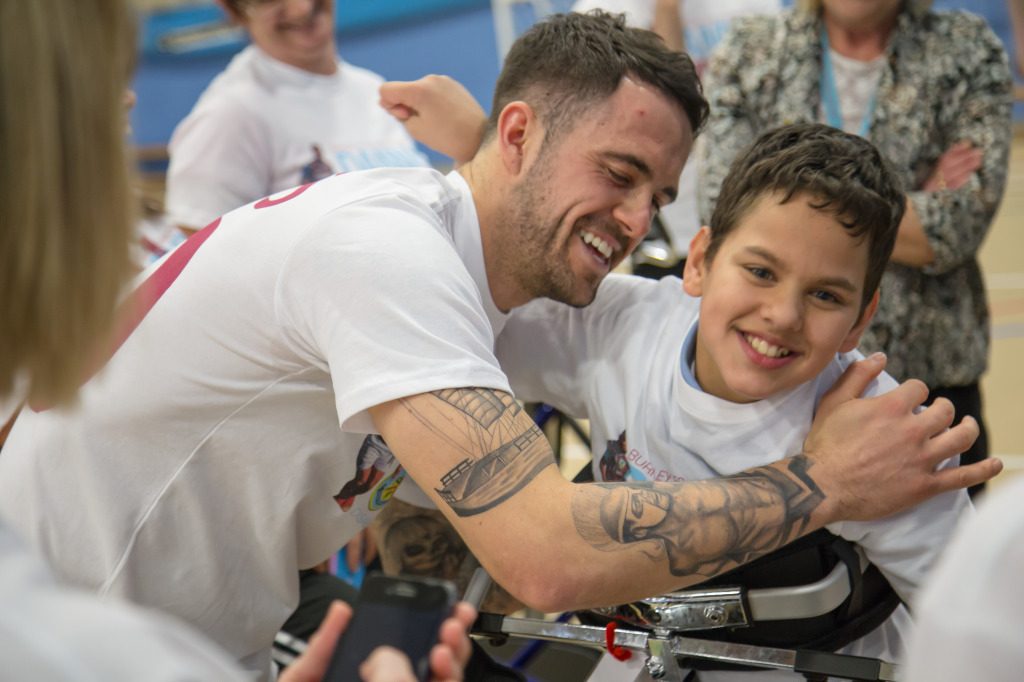 Ings was only 22, merely at the outset of his footballing career when he established his own foundation called “Danny Ings Disability Project”.

Set up in late 2014, the foundation aims to provide soccer coaching to children with disabilities and learning difficulties.

The foundation functions at schools and within the Burnley area of the UK. It was behind establishing Burnley’s first disabled soccer team.

Without a doubt, Off the field, Ings has gained a reputation. For one of the greatest charitable acts done by a footballer at the age of 22.

FACT CHECK: Thanks for reading the profile of Danny Ings. We hope you enjoyed his  Biography facts. At LifeBogger, we strive for accuracy and fairness. If you see something that doesn’t look right in this article, please place your comment or contact us!.