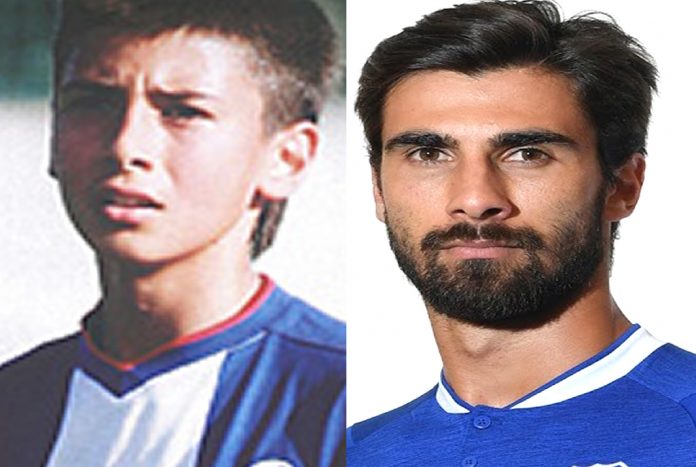 LifeBogger presents the Full Story of a Football Genius who is best known as “André Gomes“.

Our Andre Gomes Childhood Story plus Untold Biography Facts bring to you a full account of notable events from his childhood time to date.

Yes, everyone knows about his impressive tactical ability and the awareness he brings to the game. However, only a few consider Andre Gomes’ Biography, which is quite interesting. Now, without further ado, let’s begin.

For Biography starters, his full names are André Filipe Tavares Gomes. Andre Gomes as he is known as was born on the 30th day of July 1993 to his mother, Maria Julieta, and father, Casemiro Gomes in Grijó, Vila Nova de Gaia, Porto District of Portugal.

Gomes grew up as the youngest son of his family in his hometown Grijó. It is a civil parish with a population of 10,578 (2011 statistics).

Early on, Andre had the determination to become a footballer, that which he never saw as a passing fantasy.

Having a proud, football-loving parent who were strong Porto fans helped his quest. This made it natural for the love of the beautiful game be instilled into their son, Andre.

As a little boy, Andre Gomes was among those who moulded something into a soccer ball.

Sometimes he would convert balloons or oranges into football, which he juggled day and night. Putting his hobby into practice, he decided to join a local football unit.

Before his 10th birthday, Andre spent the evenings playing football in the local fields of Grijó, Vila Nova de Gaia.

His determination to become pro surely paid dividends as he enrolled for trials at FC Porto’s academy.

Gomes had a successful trial at FC Porto academy in the year 2005. This saw the little boy packing his bags and travelling 22 kilometres to join FC Porto. 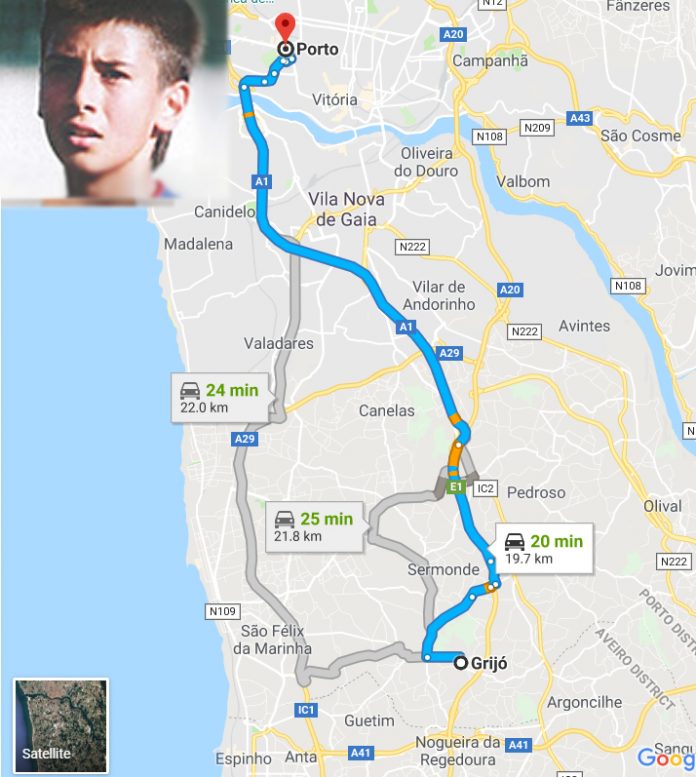 Gomes confessed his passion for FC Porto during his early years in the club. While joining, it didn’t take long before he made an impression. young Andre Moved up the ranks very quickly becoming the captain for his team.

Failing to meet the expectations of a competitive youth academy like FC Porto surely has its consequence. Unfortunately, Gomes saw his performance falling at some point and he paid the price.

According to JN Portuguese Report, the world almost fell apart for André Gomes, when he was dismissed by the dragon’s former training coordinator, Luis Castro. It was a period of pain and trauma.

“In football, sometimes you get it right and sometimes you miss out, maybe, in this case, there was some mistake, but no one was indispensable,”

Determination and self-belief remained his watchwords, as at the time in his quest to find another youth club. Andre Gomes moved on by taking the next phase of his career with his local side Pasteleira which saw emptiness ending in him.

After a year with the club, he moved to Boavista, from where he helped his teammates in winning a local tournament. 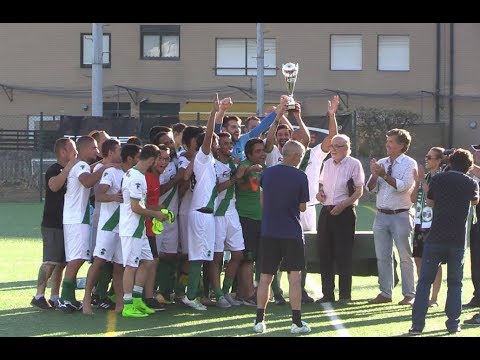 Approaching the last years of his youth career, Andre Gomes decided to enroll for bigger academies. He saw himself having a successful trial at Benfica where he played his last year as a junior before senior career promotion. 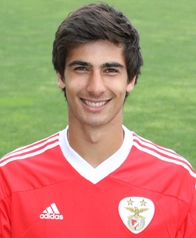 In his three years of senior life at Benfica, Andre Gomes became instrumental in helping the club to win its first domestic treble in history.

The treble includes the League trophy, cup trophy, and Taça da Liga and it all happened in the 2013–14 season. 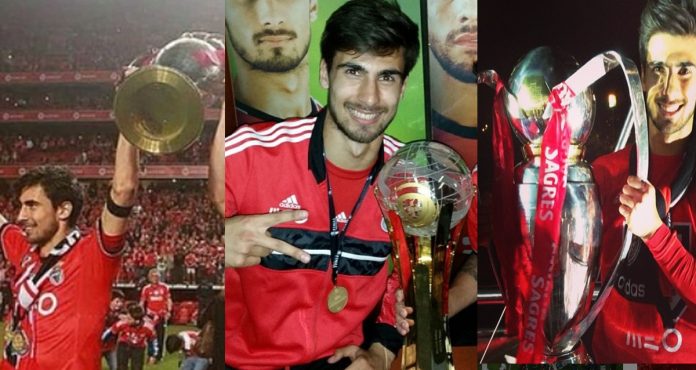 The deal became possible thanks to Andre’s super-agent Jorge Mendes who represents both him and Nuno.

According to FourFourTwo, Valencia built their creative approach around the Andre Gomes. Without him, they looked flat, predictable, and labored. Below are some of Andre’s sublime skills at Valencia.

To crown his rise to fame efforts, Andre Gomes, who was called up by the Portuguese national team, represented his country at Euro 2016.

He became one of the star performers to Portugal’s miraculous victory at the tournament. Below is a photo of Gomes posing with the Euro 2016 trophy. 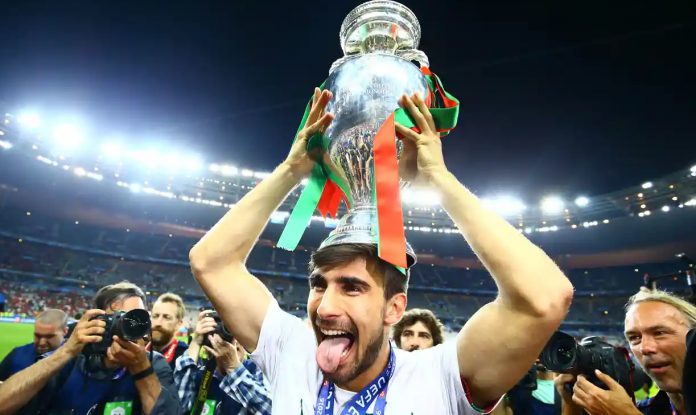 His performance at Valencia and Portugal saw him being monitored by a number of top European clubs, including FC Barcelona, who acquired him on the 21st July 2016 for Thirty-five million euros, add-ons, and a bonus if he wins the Ballon d’Or.

While at FC Barcelona, Andre Gomes had a shrinking role as he failed to establish himself in the presence of Ivan Rakitic.

Barcelona, who didn’t want to lose money on him, decided to send him on loan to Everton where he got a career renewal. His first goal for Everton surely makes the premier league look easy.

Credit to Everton Football Club. The rest, as they say is history.

The romance of Andre Gomes is one that escapes the scrutiny of the public eye simply because his love life is drama-free.

Behind the successful footballer, there exists a glamorous WAG in the beautiful person of Lisa Goncalves. Lisa is very pretty. She is often regarded as one of the most beautiful ladies in the world. 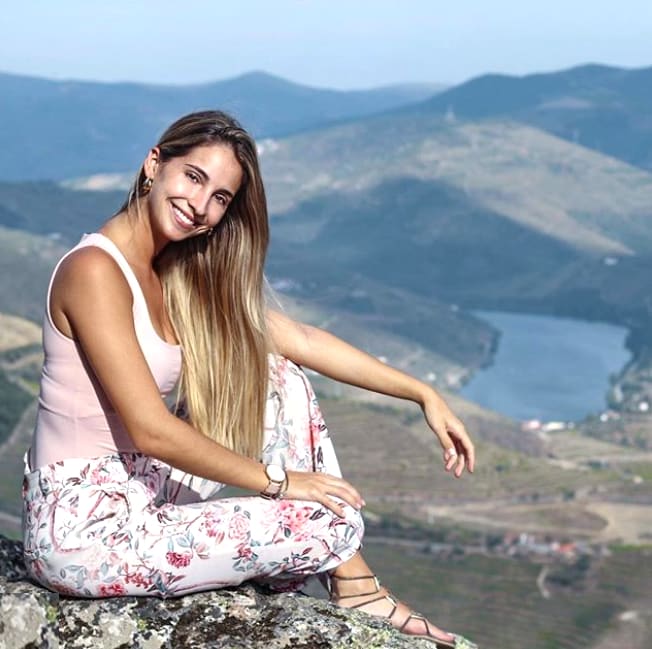 Lisa was born on September 13, 1993 in Portugal. She has an incredible physique, one which everyone would love to have. She is kind, very intelligent, fun, caring, and romantic.

According to FabWags, Andre Gomes started dating Lisa during his time at Benfica.

They started going out just after his relationship ended with Mariana Pedro ended. Both lovers started out as best friends who later became lovers. 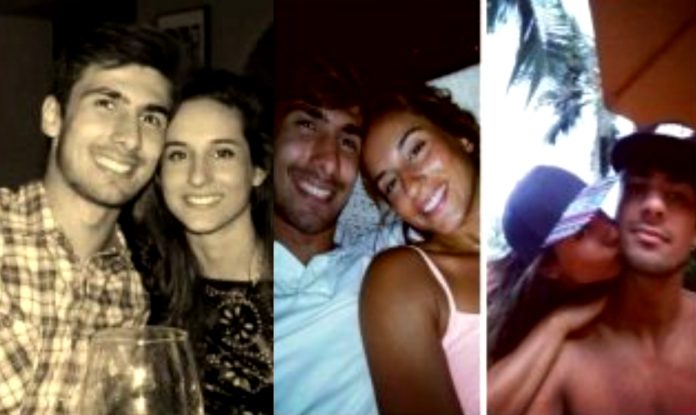 Did you Know?… Lisa Goncalves is someone with beauty and brains. She is a dentist who works at Hospital de Valongo located in Valongo, Portugal.

It is possible that she should be with her man in Merseyside. Every girl thinks meeting their man’s family is getting to know “the real person in them”.

As it seems, Andre Gomes has successfully introduced Lisa to his parents who from what it seems have been accepted.

Getting to know Andre Gomes’ Personal Life would help you get a complete picture of him. Starting off, he is someone whose handsomeness is extremely difficult for ladies to resist. Everyone loves Andre’s perfect hair and face.

Andre Gomes is someone who is able to achieve almost anything in any area of life he commits himself to. Soccer players, just like the rest of us, love their pets and Andre Gomes isn’t an exception. 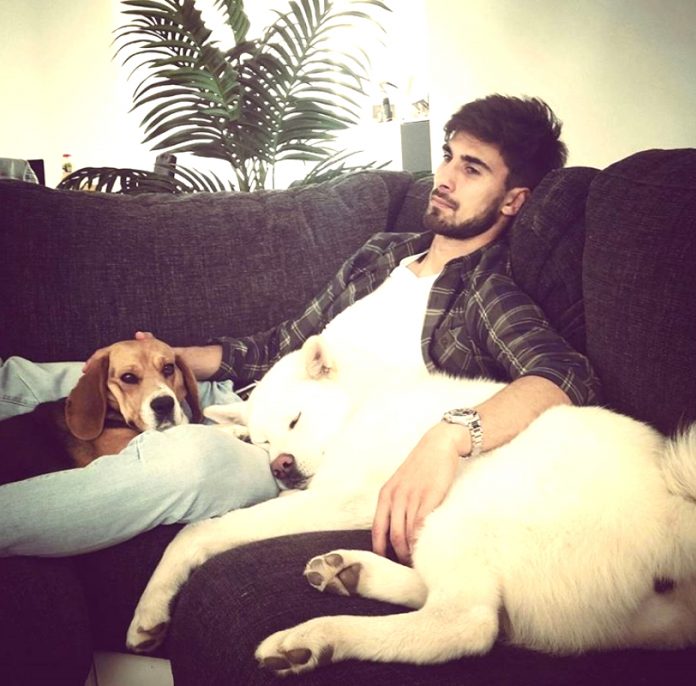 The saying that there is no loyalty left in the modern game surely doesn’t take into account the relationships shared between Andre Gomes, his dog (Benny), and playing Grand Theft Auto on Sony’s PlayStation. 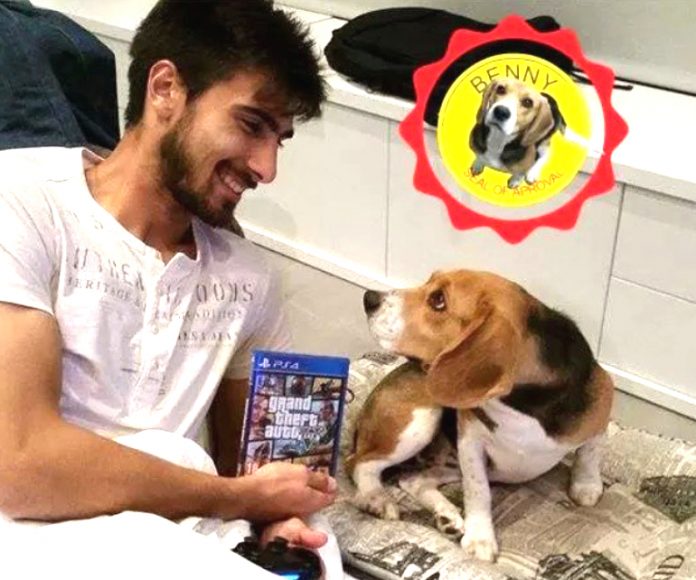 Andre Gomes is known by fans to have a heartwarming personality. He is a cheerful person who can deliver tons and tons of hugs on Blue Mondays (a name given to a day in January claimed to be the most depressing day of the year).

See the video below. Credit to Andre Gomes Instagram.

Andre Gomes has a net worth which is estimated to be around $15 million. His ability to deal with fame is directly proportional to his ability to the way he handles his life off the pitch. Andre Gomes owns many premium cars like Audi, his best automobile manufacturer. 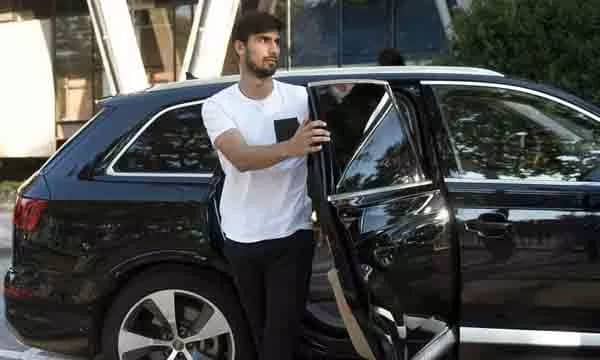 He owns a mansion in Castelldefels, a municipality in the province of Barcelona in Catalonia, Spain.

Strong family support systems improve confidence and sports success. This is what Andre Gomes has enjoyed throughout his footballing maturation stages.

Judging from the photo below, it’s obvious Andre Gomes has a very happy family. 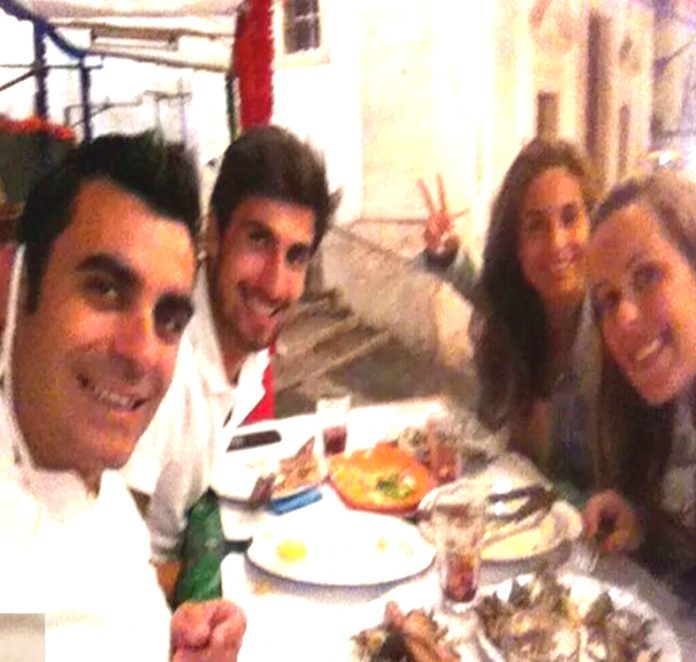 Andre Gomes once said he accepted Barcelona because of his parents who visited FC Barcelona severally during his childhood time. In his words…

“I want my parents to be proud of me. I am who I am and I am here in Barcelona, that matters the most to them. They have strong feelings for the club“

The Things You Might Not Know about Andre Gomes: 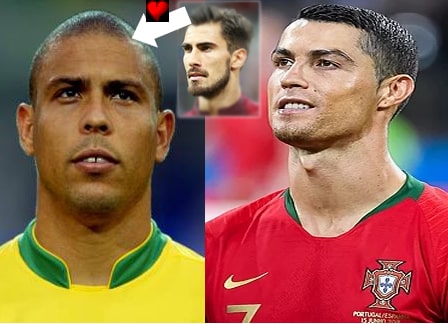 Did you know?…  Andre Gomes appears to be an old-school football lover at heart. He is a bigger fan of the original Ronaldo instead of Cristiano Ronaldo.

Thanks to his dad, Andre once followed Old Ronaldo during his active years at Madrid and at the 2002 World Cup.

Phil Jagielka AKA Jags has been the most friendly to Andre Gomes, someone who helped him to settle well at Goodison Park 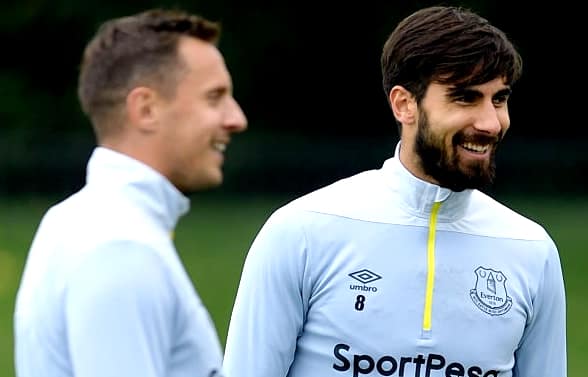 ”I remember on day one with Jags, I didn’t have clothes to go to training, so he gave me his kit! He explained to me where to go for the training kit man and everything.

Did you know?… The impromptu kit man is also a friend to Dominic Calvert-Lewin.

Andre Gomes is known to have a Unique workout style that combines his footwork and thick balloon positioning. This he practised especially during his days at FC Barcelona.  Below is a video of such workout.

FACT CHECK: Thanks for reading our Andre Gomes Childhood Story plus Untold Biography Facts. At LifeBogger, we strive for accuracy and fairness.