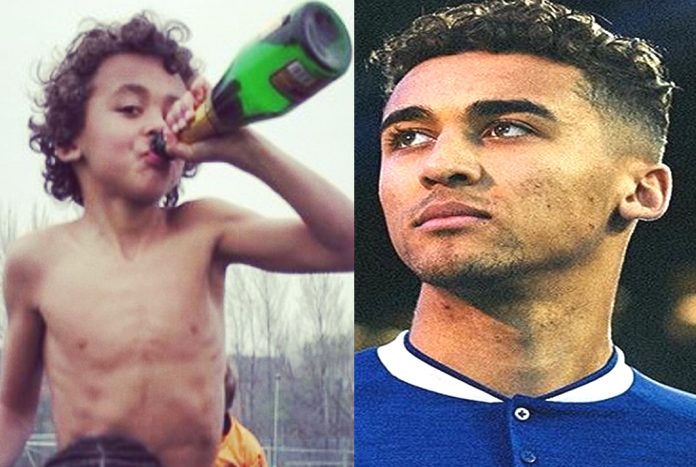 Our Dominic Calvert-Lewin Biography tells you Facts about his Childhood Story, Early Life, Parents, Family, Girlfriend/Wife to be, Lifestyle, Net Worth and Personal Life.

In the nutshell, this is a Life Story of the Everton Legend. Also, to whet your autobiography appetite, we have a perfect summary of Dominic Calvert-Lewin’s Bio – from his boyhood days to when he became famous.

Yes, everyone knows he is one of England’s most exciting talent. However, only a few consider Dominic Calvert-Lewin’s Biography which is quite interesting. Now without further ado, let’s Begin.

Dominic Nathaniel Calvert-Lewin was born on the 16th day of March 1997 to his parents Mr and Mrs Calvert-Lewin in the South Yorkshire city of Sheffield, United Kingdom. As depicted below, the photo of Dominic Calvert-Lewin’s parents would help you understand facts about his ethnicity and origin. 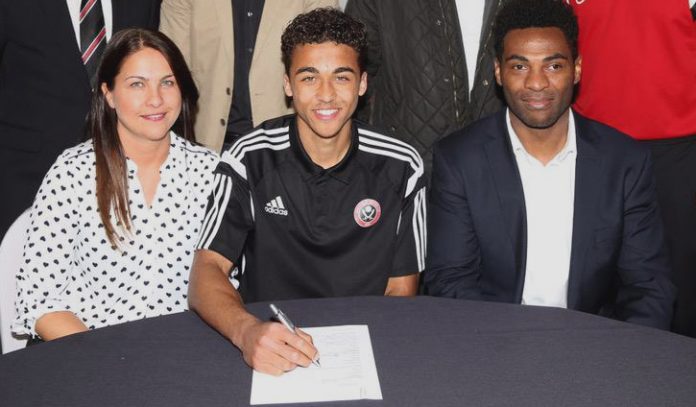 Dominic Calvert-Lewin was born into a mixed-race household. His mum is British while his dad is possible from African or Caribbean heritage.

Growing up in a middle-class family background, Calvert-Lewin at an early age saw football as a means of improving the status of his working-class household. He had his own destiny properly planned out by his dad who first noticed his son’s football talent.

Even as a boy, Calvert-Lewin possessed a steely determination to make his dreams come true and his ambitions to become pro wasn’t just a passing fancy. Such passion for the game saw his parents enrolling their son in the roster of Sheffield United’s academy at the age of 8 and in the year 2005.

Sheffield United academy gave young Calvert-Lewin the stage to showcase his talent and lay his career foundation. He made his early best moment when he scored four goals in 10 minutes against an Under-7 opponent. Two years later, a curly hair Calvert-Lewin became a celebrated kid as he led his team to win the 2007 kids league competition. 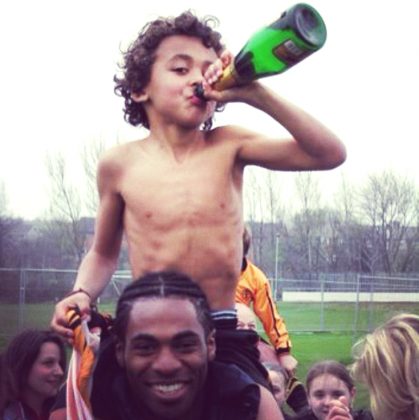 Calvert-Lewin continued to impress at the developmental stages of his career. Scoring match-winning goals made him quickly progress through the ranks of Sheffield United and subsequently winning a Sheffield scholarship at the age of 16. 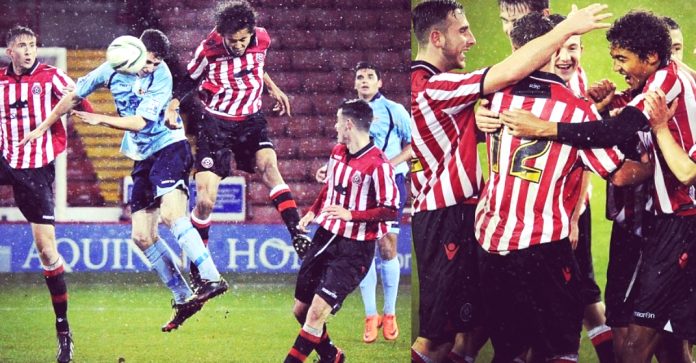 Evidence of Calvert-Lewin’s goal-scoring abilities and work ethics was further felt during his loan spell at Stalybridge Celtic and Northampton Town. This loan rise attracted Everton FC who gave Calvert-Lewin a “simply too good to resist” deal to join their U23 team.

Calvert-Lewin was selected to play for England in the 2017 FIFA U-20 World Cup in South Korea. He went on to score the winning goal in the cup final becoming the man of the moment. Calvert-Lewin’s only goal saw England defeating Venezuela and a happy Calvert-Lewin lifting the U20 World Cup. 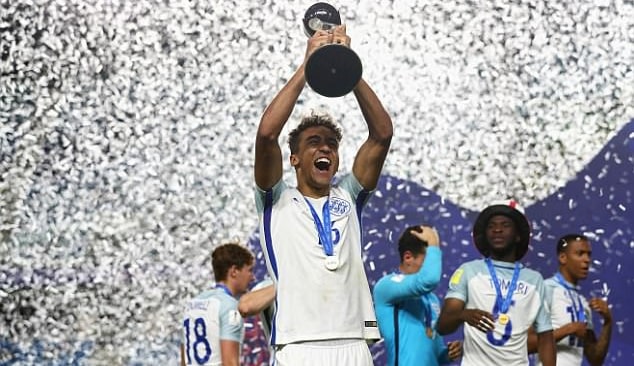 Following his U20 World Cup performance, Calvert-Lewin made his first-team breakthrough with Everton after penning a contract to keep him at Goodison Park until June 2023. As a young striker in the premier league, Calvert-Lewin got all the help he needed from Wayne Rooney aka “Waza“. 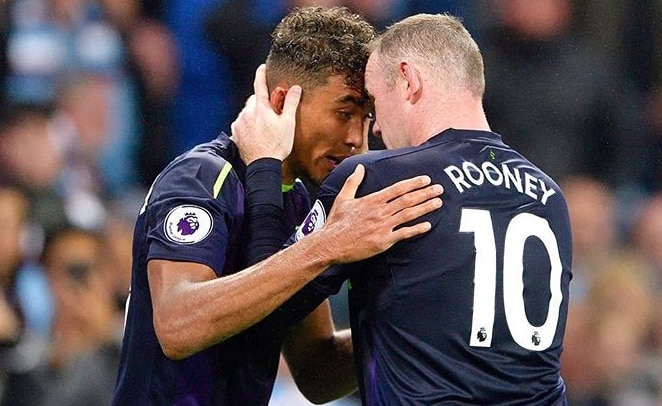 Getting all the career mentorship and support made Calvert-Lewin acknowledge Rooney as his own personal player. Watch video proof below.

As at the time of writing, Calvert-Lewin has cemented his status as one of England’s most exciting, and talented footballer. The rest, as they say, is history.

The romances of Calvert-Lewin has once been in the scrutiny of the public eye after he had a scandalous affair with beautiful model and reality star, Meg Taylor-Lilley pictured below. 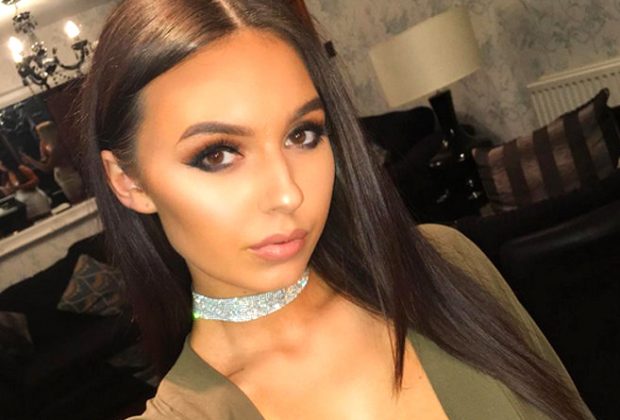 Both lovers who are of the same age started their relationship as besties. It took no time before they transformed into lovers. 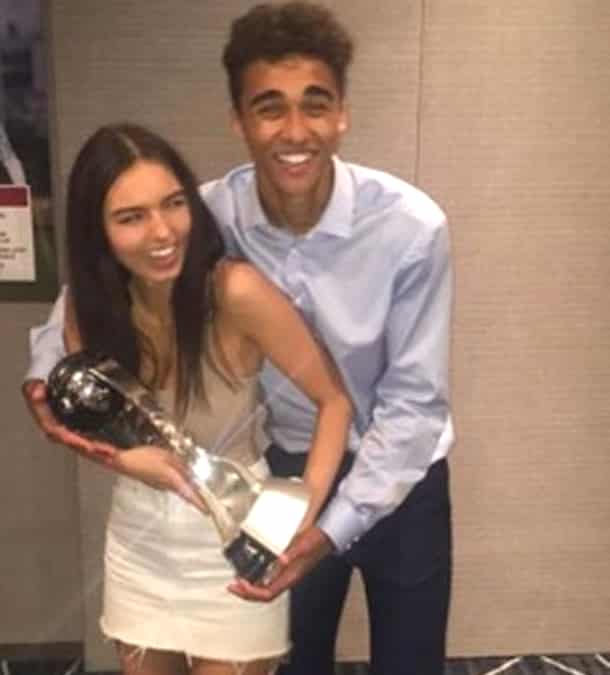 Meg Taylor-Lilley at some point didn’t get comfortable with their relationship. This led to the decision of dumping Calvert-Lewin at a time she was just about participating in the British reality show “Love Island“. Upon hearing the news, Calvert-Lewin wished her luck and asked that “she should be discreet about their relationship” DailyMail Report. 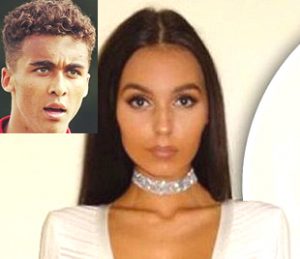 After being contacted, Meg hit back at the reports via Instagram as she wrote: “And for the record, I am NOT going on Love Island and I dumped nobody LMFAO”.

It was later revealed that Megan had admiration for other guys. She later revealed her likeness for dating someone above her age which possibly explains the reasons why she left Calvert-Lewin. As at the time of writing, he might be possibly single or might be keeping a low dating profile.

Getting to know Dominic Calvert-Lewin’s personal life would help you know much about him.

As the Everton website reported, There is no shortage of persons who speak highly of Calvert-Lewin. Asides from his wisdom on the pitch, Calvert-Lewin is someone with a cool personality. 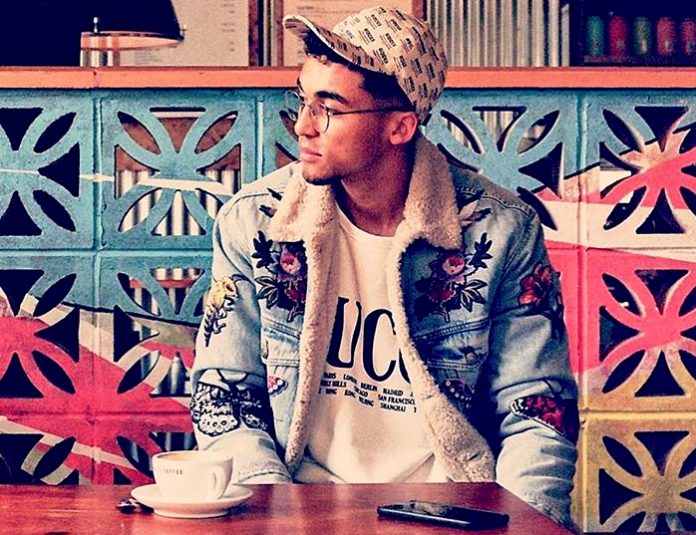 From his looks above, you could define Calvert-Lewin as someone who is original with an intuitive, gentle personality.

Right from his youthful days, Calvert-Lewin is often described as a very friendly fellow who loves and still associates with his company of friends and brothers he grew up with. 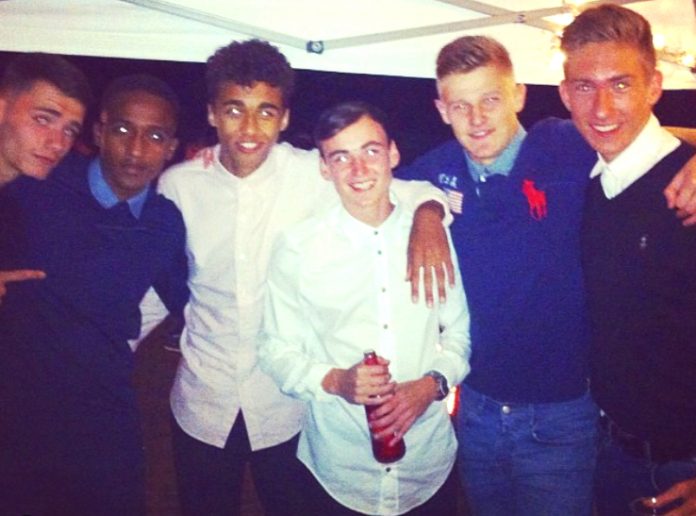 He is selfless and always willing to help others especially young footballers without hoping to get anything back. Below is a photo of Calvert-Lewin after he volunteered to have a pep talk session with some young Japanese footballers during a Japan tour. 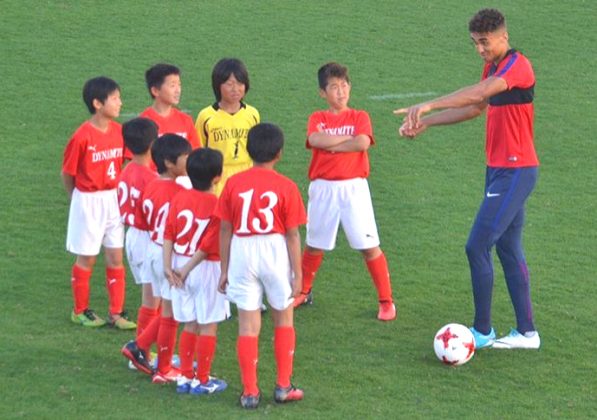 Truth is; Calvert-Lewin isn’t the type of footballer who lives the Lavish Lifestyle easily noticeable by a handful of pretty impressing cars and beautiful WAG. As observed from the video below, his first car as a professional footballer was a black Volkswagen Polo.

Calvert would rather prefer getting carried away by PlayStation’s FIFA rather than clubbing. Finding time to attend FIFA events shows how much he enjoys the gaming series. 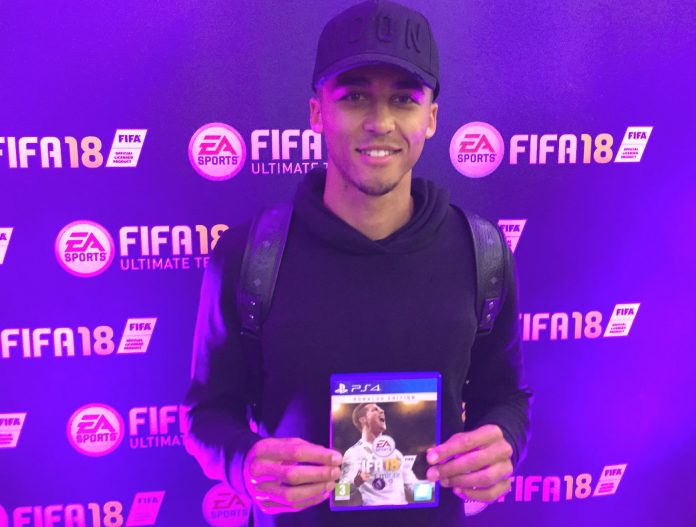 He once nominated his Best Joker in the Everton team:

Calvert-Lewin sees Phil Jagielka as the best joker among his Everton teammates. As he puts it… “If something bounces off your head and you don’t know where it’s coming from, chances are its Jaks”

About his Signature Move:

There are numerous reasons to love the beautiful game and one of which is a footballer’s signature move. Calvert-Lewin has the weird signature move of a Lawn Mower. Watch how he does it in the video below.

Sometimes players have names that just fit in classic pop songs and Calvert-Lewin is not an exception as Everton fans love to sing his name. Watch video proof below.

FACT CHECK: Thanks for reading our Dominic Calvert-Lewin Childhood Story plus Untold Biography Facts. At LifeBogger, we strive for accuracy and fairness. If you find something that doesn’t look right, please share it with us by commenting below. We’ll always value and respect your ideas.