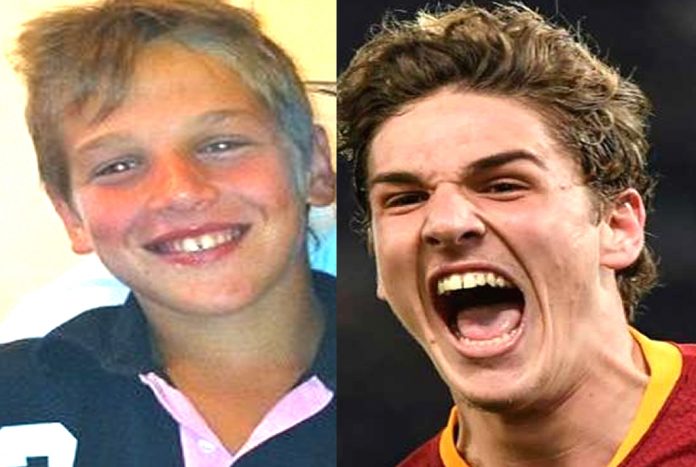 LifeBogger presents the Full Story of a Football Genius, who is best known by the nickname; “Football’s Whiz Kid“.

Our version of Nicolo Zaniolo Childhood Story, including his Biography Story, brings to you a full account of notable events from his boyhood days. We then proceed to tell you how he became famous as a footballer.

Yes, everyone knows he is one of Italy’s most exciting footballers since the departure of Francesco Totti and Daniele De Rossi.

However, not many have read Nicolo Zaniolo’s Biography, which is quite interesting. Now, without further ado, let’s begin.

For Starters, Italian footballer Nicolo Zaniolo was born on the 2nd day of July 1999 to his mother, Francesca Costa and father, Igor Zaniolo, in the town of Massa, Tuscany, Italy.

Zaniolo was born as the first child to his lovely parents who are probably in their 40s as at the time of writing.

Research has it that Nicolo Zaniolo’s family has their origin from the Liguria Italian ethnicity, which borders the coastal region of north-western Italy; its capital is Genoa.

Did you know?… Nicolo Zaniolo was born into a soccer family thanks to his dad who was a former Italian centre forward.

Igor was playing for Spice Soccer in the year 1999 during his son’s birth. He was instrumental in promoting the team from C2 Series to Serie C1.

Early on, Nicolo Zaniolo’s parents operated a middle-class family household. Igor Zaniolo was smart about managing the monies he got from playing football.

Judging from the photo of little Nicolo Zaniolo with his mum, it is clear that his family never lived a luxurious life during his childhood time.

Having a football-loving parent, it is only natural for the game to be instilled into a young Nicolo. Father Igor used his football experience and social nature to nurture his son into liking the game.

Igor Zaniolo knew it would be hard to deal with retirement. This was why he prepared the ground so he could continue living his dreams through his son. The dividend finally paid off, thus leading to his son kick-starting a career.

Zaniolo’s love for football saw him enrolling into the roster of Florentina academy which gave him the stage to showcase his talent. 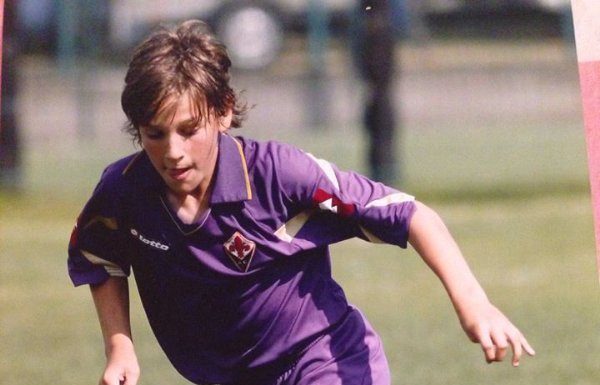 Nicolo thrived in the Florentina academy as he outgrew all football ranks in the academy. He spent more than a decade of his youth career in Fiorentina, a club where he had his early success, his victory at the National Giovanissimi.

Despite being the best youth footballer for all age groups, one problem persisted; “Growth Problems“.

At that time, no clear evidence existed whether Nicolo was diagnosed with a growth hormone disorder. However, he was known to possess a short stature due to stunted growth issues.

Nicolo, as observed below, was termed shorter than average and this affected his future at the academy. 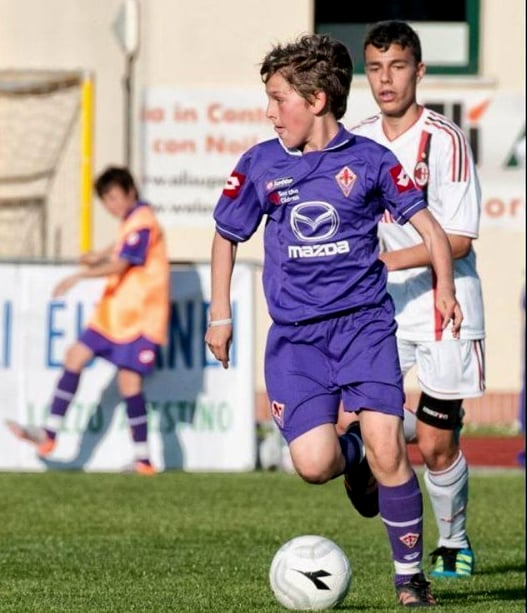 Florentina academy gave up on him after running out of patience with his growth issues. Painfully, the club decided to let him go in the year 2016.

“I was disappointed on how my career ended with Florentina. They treated me badly, given I’d been there for nine years,”

After being released by Florentina, Nicolo subsequently joined Serie B side Virtus Entella, a club that helped saw emptiness ending in him.

Because Nicolo Zaniolo was that good, Virtus Entella overlooked his height problems and gave him all the support.

Surprisingly, Nicolo overcame his growth problems and became an asset to his team thanks to his sublime goals.

Continuous good performance for the team saw him being granted a senior team spot less than a year after he joined them. This was a time he got scouted by other European clubs notably Everton and Inter Milan.

Inter became the most favourite as the club signed Nicolo at the 2017 summer transfer window. After being recruited by the club, he was sent to revitalize the club’s Youth Sector.

Nicolo again shined for the youth setup where he finished their top-scorer as he helped his team to win the Campionato Nazionale Primavera. 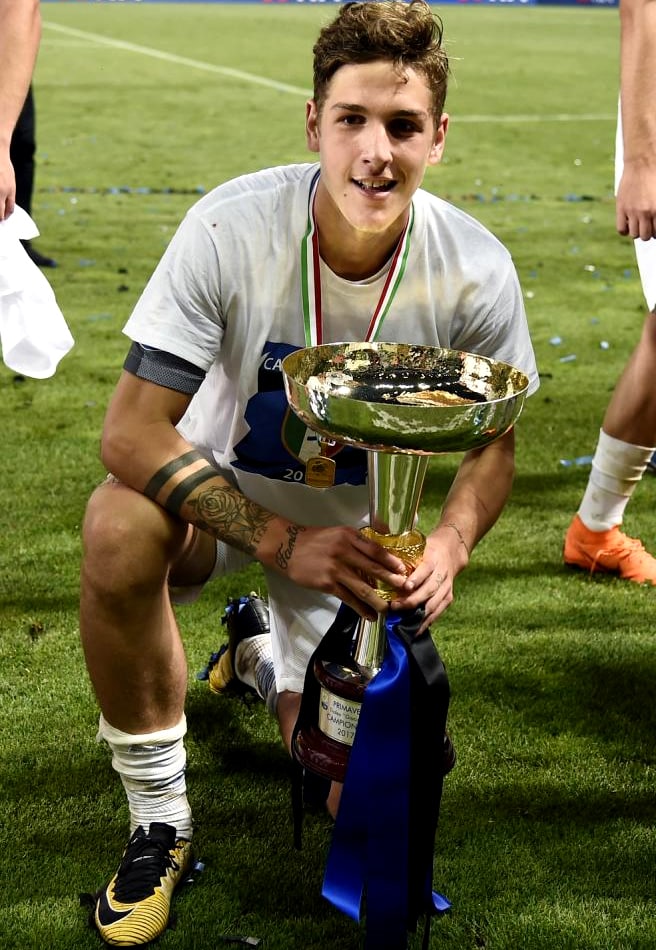 Nicolo did not play any competitive game for Inter’s senior team despite assurances given by the club.

At a time, Inter was faced with Financial Fair Play (FFP) regulations. They only had one option. To offload one of their very own Nicolo Zaniolo.

In June 2018, Nicolo Zaniolo became the swap bait needed to bring Radja Nainggolan to Inter. This decision by Inter to include Zaniolo in a swap negotiation caused lots of bitterness in him.

Nicolo Zaniolo was able to harness this bitterness in a positive fashion. He became driven by the determination to prove Fiorentina and Inter wrong for discarding him.

Most recently, as at the time of writing, the breakout star is currently on his path toward superstardom. He has been labelled as the natural successor to club legend Francesco Totti.

This came as Zaniolo became the youngest player since Francesco Totti scored three goals in Serie A.

Zaniolo’s goals for Roma have sent shockwaves to Florentina and Inter, making a mockery of their decisions to release and sell him. In fact, Inter’s chief sports officer Piero Ausilio once confessed,

“Selling Philippe Coutinho is the biggest regret in more than 20 years. That may not be the case anymore as Nicolo Zaniolo just topped the list of our regret.”

Who is Nicolo Zaniolo’s Girlfriend? 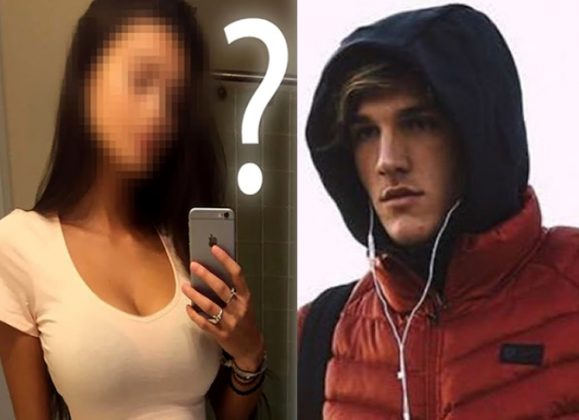 The relationship life of Nicolo Zaniolo is one that escapes the scrutiny of the public eye simply because his love life is private and possibly drama-free.

At the time of writing, Nicolo Zaniolo avoids any spotlight on his private life. This fact makes it difficult for us to have got any information about his love life and dating history.

Due to his young age, it is possible that he is interested in avoiding distractions in his career. He might be in a relationship and prefers not to make it public. 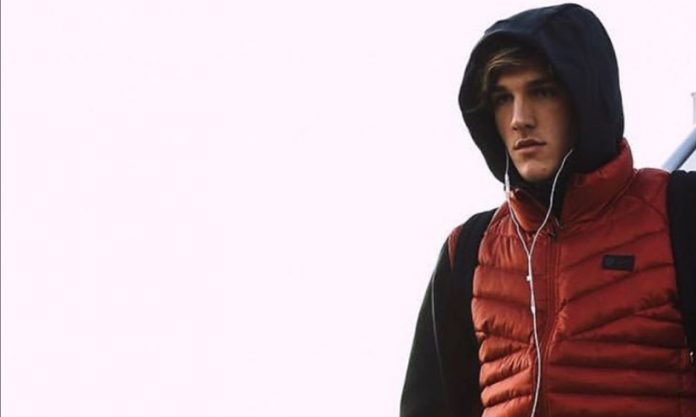 Getting to know Nicolo Zaniolo Personal Life would help you get a complete picture of him. Away from the pitch, Nicolo is quiet, humble and has a jovial character. Strength of a character with origins from rejection.

The head of the family, Igor has always been a wish for his son to be greater than him. While he thrived in Italian Serie B around the mid-2000s, he helped secure a bigger platform for his son.

Igor Zaniolo retired on the 27th of October 2013, which was four years before his son’s senior career kicked off. Today, he has gone to see his sons follow in his footsteps and become greater.

As Nicolò Zaniolo continues to conquer Italian football, his mum Francesca Costa focuses on making football fans fall in love thanks to her ageless looks. 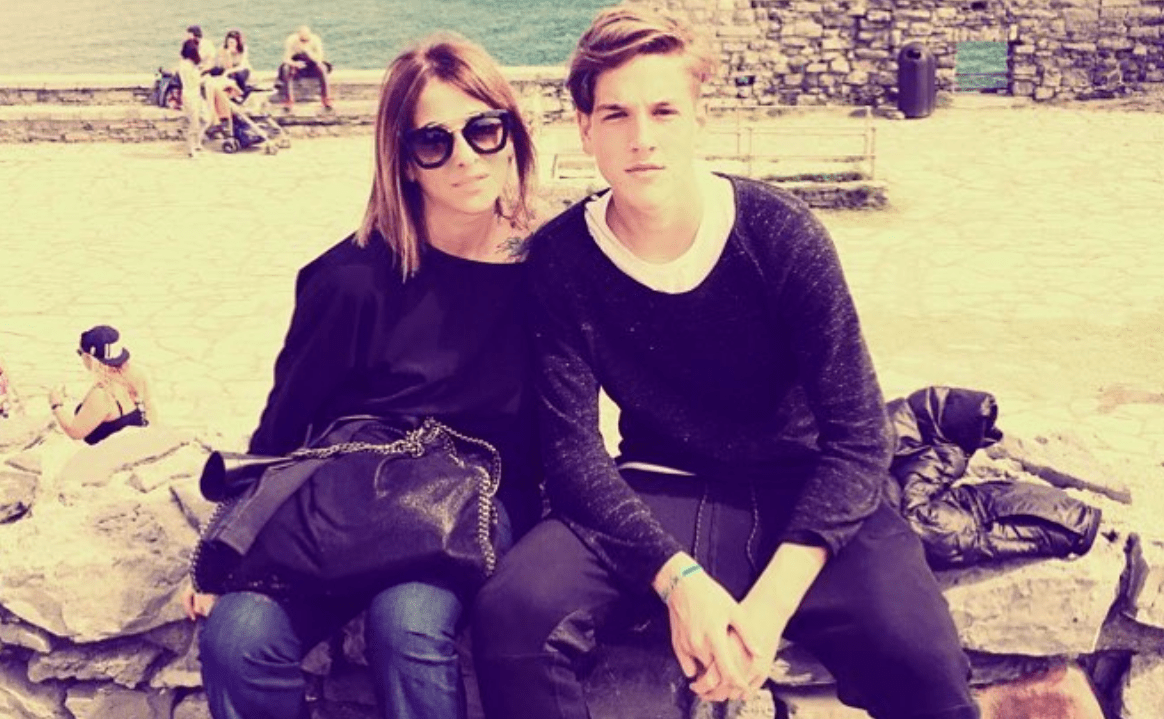 Francesca Costa, pictured above, looks more like she is in her late 20’s. She is very fond of posting bikini shots to her more than 385,000 Instagram followers.

Unlike almost all mums of football stars, Francesca Costa has a colourful life on Instagram.

Did you know?… Nicolo Zaniolo surely has a great moment on the field, but his mother’s post does not allow him to be calm all of his fans love. 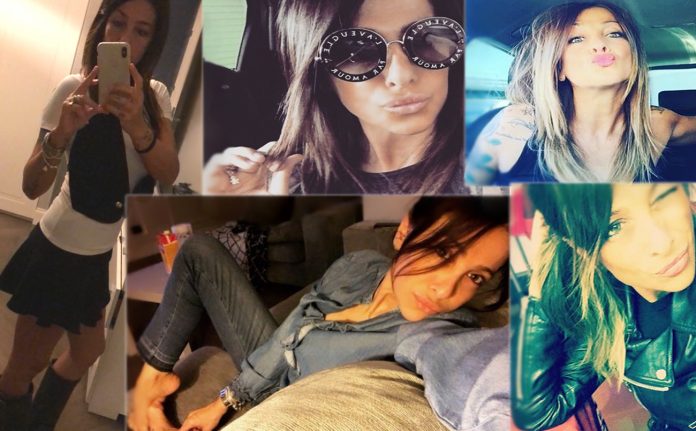 Once upon a time, the Italian whiz-kid Nicolo Zaniolo was forced to remind his mum of her age following a string of se*y selfies she posted, which got him worried. He once told her;…

“Stop Mom!… what are you doing with your mouth like that? …You are 41 years old!”

Said Nicolo Zaniolo, according to the newspaper Corriere Dello Sport. Asides from posting sexy photos, Zaniolo’s mum recently spoke of the time she embarrassed Zaniolo when their family met Totti.

She said, according to the New Australia report: “I saw him the first time we were in Trigoria. He came to us, and I started crying.

He told me: ‘What are you crying for me?’. I could not speak. After leaving Totti, Nicolo told me: What are you doing to me?. There was also my husband Igor who laughed.”

Zaniolo, as of the time of writing, has a net worth of approximately 4.5 million euros. This, by implication, means he is capable of living big.

However, he isn’t the type of footballer who lives the Lavish Lifestyle, which is easily noticeable by a handful of pretty impressive cars, The booze, the swagger, the girls, and a great house.

Presently as at the time of writing, it appears Nicolo Zaniolo still lives a decent life with his parents. Just like Ngolo Kante, he drives the simplest of cars.

According to FamousBirthdays, Nicolo Zaniolo is No:1 most popular person born in Messa, Italy and the 17th Most popular soccer player in the world.

FACT CHECK: Thanks for reading our Nicolo Zaniolo Childhood Story plus Untold Biography Facts. At LifeBogger, we strive for accuracy and fairness.