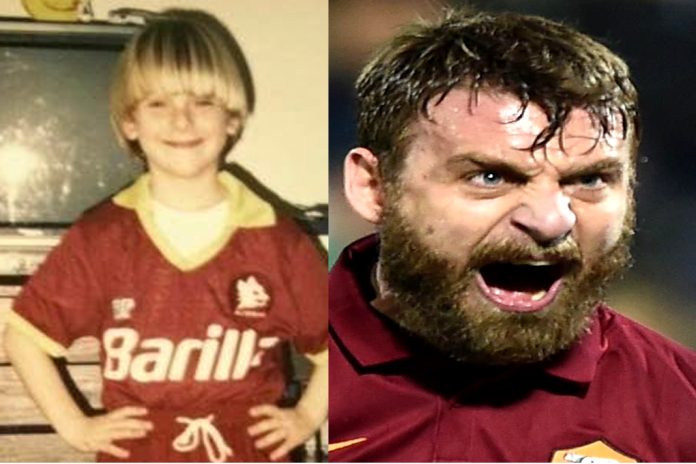 LifeBogger presents the Full Story of a Football Genius best known by the Nickname; “Capitan Futuro”.

Our version of Daniele De Rossi’s Biography, including his untold Childhood Story, brings to you a full account of notable events from his boyhood days. We then tell you how Captain Futuro became famous n the beautiful game.

The analysis of the Roma Legend’s profile involves his life story before fame, family life and many OFF and ON-Pitch little-known facts about him.

Yes, everyone knows about his Leadership Roles and Roma’s longevity but few consider our Daniele De Rossi’s Biography, which is quite interesting. Now, without further ado, let’s Begin.

For Biography starters, Daniele De Rossi, Ufficiale OMRI was born on the 24th day of July 1983 in Rome, Italy. He is home grown and was born as the only child to his parents;

Daniele De Rossi was born into football. His father Albert is a former professional player as well as the current coach of the AS Roma Primavera team.

Seeing his dad win the Italian Youth Championships, Coppa Italia Primavera and Italian Supercoppa gave him so much passion for the game.

Following his first steps in football with his local team, Daniele entered the Roma youth ranks.

De Rossi started out as a defender or as a sweeper, went on to be a false-attacking midfielder and established himself as a permanent member of the starting line-up.

After impressing in the youth squad, his first-team debut came in 2001, when he was just 18 years old.

Since then, he has remained with the side ever since becoming a one-club man. Roma of Italy’s Serie A in his hometown and he is a true son of Rome.

Due to his leadership and dedication on the pitch, Roma fans and the media has given him the nickname Capitan Futuro (“future captain”), as they tipped him to succeed Totti as Roma’s captain. This emotional succession came the day Totti hung his boots. 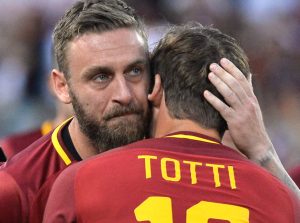 This finally came to pass. The rest, as they say, is now history.

Despite the fact that he is Italian, De Rossi had eyes for English ladies. He started dating famous Italo-British actress Tamara Pisnoli.

Tamara Pisnoli’s father is American, and her mother is English. De Rossi married Tamara Pisnoli on 18 May 2006.

Prior to their marriage, Tamara became the mother of his daughter Gaia, a former ex-dancer of Mediaset, Sarabanda.

A few years after her divorce, Tamara was once arrested for teaming with Mafias to kidnap a business executive in a bar. These kidnappers then took him to a safe house where he was allegedly tortured.

The crime was made national news in Italy. Tamara is known to have taken her criminal tendency trait from her father, who was labelled an Italian Mafia before his death. Her Dad’s violent death is explained in the article below.

De Rossi, after divorce, spent two years without having any relationships. In 2011, he finally met and fell in love with Sarah Felberbaum, an English-born Italian actress and model. 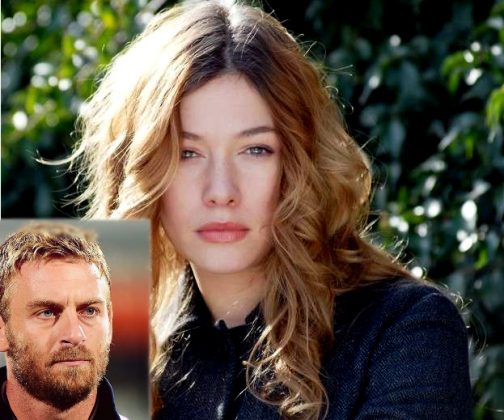 Born in London to an English mother and a Jewish-American father of German descent, Felberbaum moved to Italy with her family when she was one year old. At 15 years old, she started working as a model and appearing in commercials and music videos.

On 26 December 2015, De Rossi married his partner, Sarah Felberbaum, in a private ceremony in the Maldives. They have a daughter together, Olivia Rose, born on 14 February 2014. 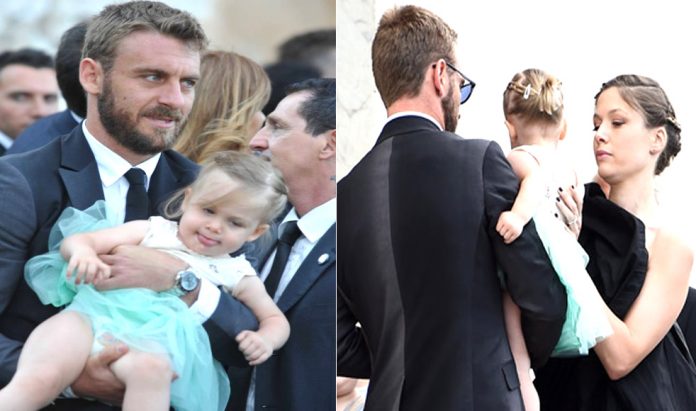 The couple recently had a son, Noah De Rossi, born on the 3rd of September 2016.

The father-in-law (father of Tamara) of Italian World Cup winner Daniele De Rossi was once shot dead in a suspected Mafia execution. 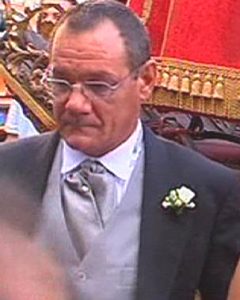 Massimo Pisnoli, who was 48 years was found with gunshot wounds to his face and back, making his body virtually unrecognisable in what investigators said was a classic Mafia murder.

Investigators from Rome’s anti-Mafia department were probing Pisnoli’s background and revealed he had previous convictions for robbery and theft and was said to have links with “criminal underworld circles.”

Pisnoli was missing for ten days, and Tamara, his daughter, had told officials after failing to contact him at his home, Trullo on the outskirts of Rome.

His decomposing body was found in undergrowth at Campoleone railway station, 35 miles south of Rome near Latina, an area thought to be home to at least eight Mafia clans.

One police source said: “It was a classic execution a bullet in the back and one to the mouth – he was virtually unrecognisable, and his body was found with its arms up in the air.”

After the discovery, De Rossi, who was 25, was excused from training and at home with his wife and young daughter.

Despite being surrounded by football his entire life, Daniele De Rossi is not your typical footballer.

Always reading a novel or listening to music, the midfielder is not scared to venture off the beaten path when he travels and is just as comfortable talking about classic films as he discusses with teammates and friends. 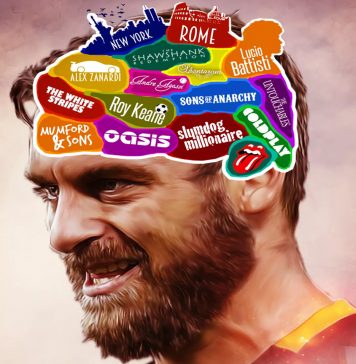 “I was always fully aware that my career choices were ‘wrong’ on a professional level,” De Rossi said. 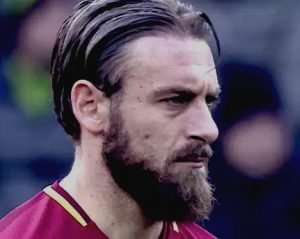 He continued…“The other side is that my choice was very egotistical because I needed to play for Roma. I get physical and emotional pleasure playing with Roma jersey on my back.

The years when I was about to leave, I’d step onto the field with tears in my eyes. Looking around and thinking it might be my last match at the Olimpico… Those moments made me realise I couldn’t live without Roma.”

De Rossi suggested that while he had plenty of opportunities to move on from Roma, it would have been too painful to do so because of his love for the club. In his words… 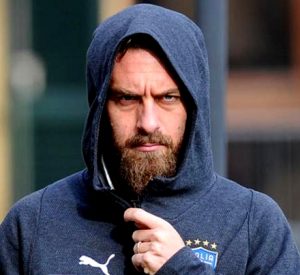 “I hurt me more knowing I have missed out on a Real Madrid-Barcelona experience or playing in England’s most beautiful stadiums.

At this age, I have reached the calm realisation that I’m well aware I haven’t won or travelled that much.”

Despite earning several cautions and a reputation as a hard-tackling player during the 2005–06 season, on 19 March 2006, De Rossi was praised by referee Mauro Bergonzi for fair play. We’ll tell you what happened…

Roma was trailing 1–0 in a Serie A match against Messina. Then, De Rossi scored a goal from a header. The goal came in through his hands. 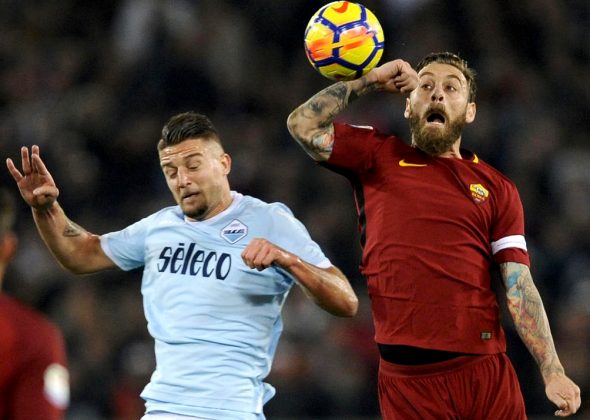 Referee Bergonzi did not see the incident and allowed the equaliser to stand. However, De Rossi immediately told the referee. That he had pushed the ball in with his hand, leading to the goal on being disallowed.

Roma went on to win 2–1. Although De Rossi endured an injury to his ankle during the match, which ruled him out for two weeks.

At the end of the season, he was named the 2006 Serie A Young Footballer of the Year for his performances.

More so, In March 2016, De Rossi once put his World Cup winner’s medal in the coffin of Pietro Lombardi, who had been the kitman of the Italian national team in the 2006 World Cup.

Daniele De Rossi has the following attribute to his personality. 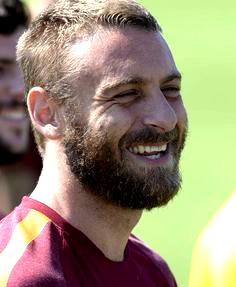 Strengths: He is creative, passionate, generous, warm-hearted, cheerful and humorous.

Weaknesses: He could be arrogant, stubborn, self-centred.

What De Rossi dislikes: Being ignored, facing difficult reality, not being treated like a king or queen.

Daniele De Rossi is indeed a natural-born leader. He is dramatic, creative, self-confident, dominant and extremely difficult to resist.

De Rossi is able to achieve anything he wants to in any area of life he commits to. There is a specific strength to De Rossi and their “king of the jungle” status.

FACT CHECK: Thanks for reading our Daniele De Rossi Childhood Story plus Untold Biography Facts. At LifeBogger, we strive for accuracy and fairness. If you see something that doesn’t look right in this article, please place your comment or contact us!.