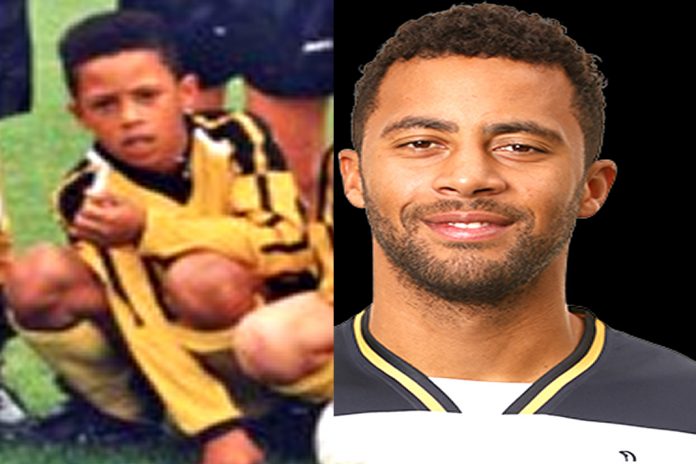 Yes, everyone knows about his box-to-box midfield abilities, but not many soccer fans have read Mousa Dembele’s Biography, which is quite interesting. Now, without further ado, let’s Begin.

For Biography starters, his full names are Moussa Sidi Yaya Dembélé. He was born on the 16th day of July 1987 in Wilrijk, Belgium to a Belgian mother, Tilly Huygens (a professional painter) and his Malian dad, Yaya Dembélé.

Moussa inherited the character traits of his Flemish-born mum, Tilly – “she’s calm, very relaxed” – rather than his Malian dad Yaya who has a bit more fire in him and in addition, more dynamic in nature.

Growing up in Antwerp, which is the same birthplace of Romelu Lukaku, Mousa did not support a team, neither did he watch football on TV.

However, he found lots of joy in juggling football across the street which became that instant control he used later on to decorate English football.

However, his mum was not happy about him playing in the street. In a bid to curtail her son’s activities, she decided to create space for him in-house.

Mousa juggled the ball around endlessly in an area of the living room she put aside for him to practice.

“I broke everything inside the house. My mother was always very nice, she’d say: ‘OK, OK Now you are free to play in the streets.”

Mousa Dembele continued to play his football in the streets until his mid-teen years before he decided to make it professional. Dembélé started a late youth career at the Belgian Pro League team Germinal Beerschot in 2003.

While every youth star got their hero, young Dembele picked Patrick Kluivert as his childhood hero, who he followed his style of play. After a year with the youth team, he got promoted to their senior squad.

Mousa later had spells at Eredivisie sides Willem II and AZ in the Netherlands, where he won the league title and the Johan Cruyff Shield.

Dembélé transferred to Premier League side Fulham in 2010 before joining Tottenham. The rest, as they say, is now history.

There is a saying that every nice piece of work needs the right person in the right place at the right time.

Surely, Mousa Dembele’s art of football is been complemented by a beautiful and wonderful lady. No other than Dutch model, Naomi Solange Singles, the love of his life.

Dembele met his Dutch girlfriend in 2012, shortly after he traded AZ for the Spurs. Naomi had been a model up to then, but decided to quit her career to travel to London with her Belgian hunk.

She nevertheless still a brilliant appearance, with her slim body and gorgeous long brown hair. 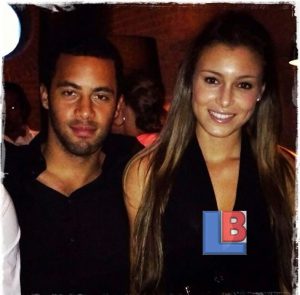 The happy and lovely couple were once expecting their first child in September 2014. They named their son Maleec, which is a name of Arabic origin and means ‘king’ or ‘master’. 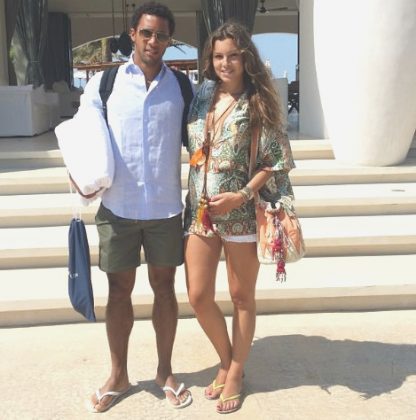 Their family were quite surprised to hear the news about the baby. After the birth of the baby, Mousa revealed that soft and gentle part of him that had never been seen.

That part of him has been so emotional about children. Surely, he is a super dad in his own way.

Naomi Solange also gets busy with little Maleec, as he is called. On her Instagram profile, she just loves sharing pictures of their loved child. 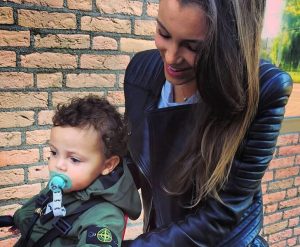 To start with, Mousa Dembele hails from an Afro-American family of Islamic background. His father, Yaya is from Mali in West Africa.

Yaya Dembele lived in Mali until the late 1970s, where he sought a new life in Europe and eventually set up an export business between Belgium and Mali.

Mousa feels a deep connection with Africa and says that after his career has finished, he is thinking of setting up a footballing project for kids in Mali.

In his words… “I’ve been five times to Mali and when you’re there, it makes you feel differently like you realise you’ve a lot in life to be thankful for and you have to give something back as well.”

Mousa Dembele’s mother, Tilly Huygens, is Belgian of Flemish ethnicity. Moussa also has a sister named Assita Dembele who once described her brother as a very quiet one who loves to stay at home and avoids parties and discos.

Mousa Dembele has a grandmother named Maria Huygens, who is a football fan and once a footballer herself. Maria, who is in her early 80s, lives in her home in Antwerp.

She is paralysed by multiple sclerosis despite that, she will get hooked on the television to see watch her grandson Mousa. “She used to play football before it became popular for women,” Dembélé says at Tottenham’s Enfield training complex.

He continued of her…“If I listen to her stories, she was quite good! She’s been suffering from MS and has been in a wheelchair since I was a baby but watches every game and knows all the names of all the players in football.” 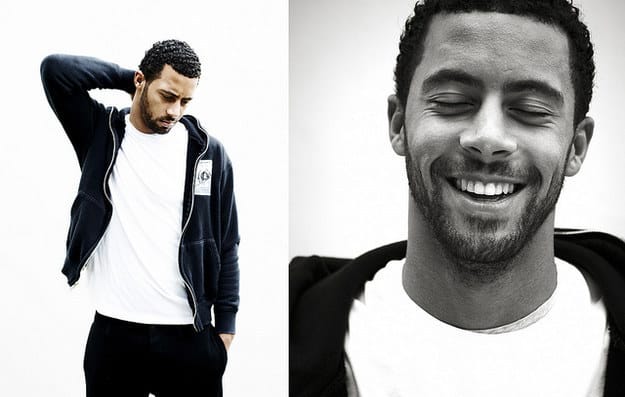 Mousa Dembele has the following attributes to his personality.

What he likes: He likes art, just like his mum. More so, he loves home-based hobbies, relaxing near or in water, helping loved ones, having a good meal with friends and saying no to racism as he once did in support of Dani Alves. 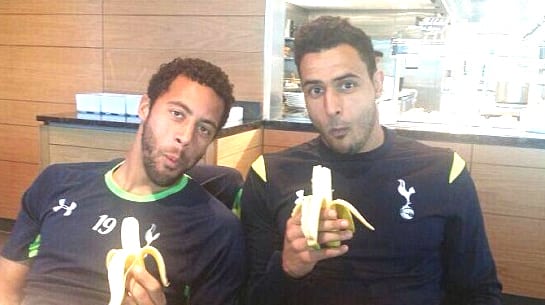 Mousa dislikes: Strangers, any criticism of his Mom and revealing too much of his personal life.

In summary, Mousa is deeply intuitive and sentimental. He is very emotional and sensitive and care deeply about matters of his family or home.

Mousa Dembele – Spelling of his Name:

Dembélé uses the spelling “Mousa” for his first name e.g. on his Twitter account, and so do his club, national team and most news articles about him.

However, in a 2016 interview, he said that the proper spelling ought to be “Mousa”. The name ‘Mousa’ already has ownership by French footballer and Celtic forward – Mousa Dembele.

Dembele initially started as a winger and played in that role until 2011 before switching to the central midfielder role.

Today, he can, however, operate as an attacking midfielder. He has been described as a footballer who is “big, powerful, technically gifted” and who has excellent “dribbling and passing abilities.”

Former teammate Jermaine Jenas praised his “passing ability”, remarking that the Belgian is “very good technically”, while also comparing him to a vacuum cleaner insofar as he “sucks in all the pressure and then releases the ball at the perfect time”.

If you try to get tight to him, he is strong enough to hold you off and has the ability to look at you and go past you in the blink of an eye.

Mousa has the ability to sit deep in front of his back four and dictate the tempo of a game. He was ranked 91st in The Guardian‘s list of the 100 best current footballers in 2012.

Thanks for reading our version of Mousa Dembele Biography. At LifeBogger, we strive for accuracy and fairness in our quest to deliver you Belgian Football Stories.