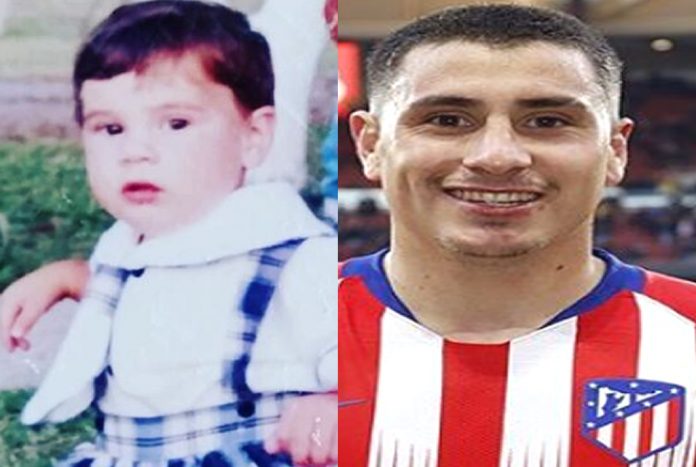 LifeBogger presents the Full Biography Story of a Football Genius, who is best known by the nickname; “El Comandante“.

Our Jose Gimenez Childhood Story plus Untold Biography Facts bring to you a full account of notable events from his childhood time to date.

Yes, everyone knows he is a solid, powerful and fast-moving defender.  However, only a few consider Jose Gimenez’s Biography, which is quite interesting. Now, without further ado, let’s begin.

Starting off, his full names are José María Giménez de Vargas. Jose Gimenez as he is often called was born to his mother, Judith de Vargas and his father, José Enrique Giménez in Toledo, Uruguay.

Both parents pictured below came from a middle-class family background and operated an average household.

Jose Giminez grew up with his sisters in his city of origin, Toledo. It’s a small city in the Canelones Department of Uruguay. Early on, little Jose pictured below was described as a shy, quiet and energetic child.

As time went on during his youth stage, such little energies were properly harnessed while Gimenez played soccer both during school and off-school period.

Playing soccer during the off-school period was more engaging with Jose thanks to the approval of his parents.

Back then, his dad José Enrique Giménez was fond of returning late from work. He would always take his son to his training session even though it means dropping him off before going to work. Jose’s mum, Judith de Vargas also played the same role.

In the local fields of Canelones, little Jose played alongside his best friend Franco Milano. Back then, it was every child’s dream to join an academy as playing local non-academy football paid no dividend.

Jose Gimenez’s friend Franco Milano was the first among his peers who got accepted in a local academy. Upon joining, he motivated Jose Gimenez to attend a trial with Penarol’s youth division.

“I went there with Franco Milano. Upon reaching the academy, the former coordinator of Penarol youth division asked me. ‘What are you doing here?’. ‘I told him I came to play football, that I want to play in Penarol'”

said Jose Gimenez. Actually, the answer given to him was mean. This came after he had undergone a few test trials. The mean response went as follows;

“No dear, you should not play football, do something else, you don’t have the skills.”

This response was hurtful to Jose knowing fully well that playing Football and not education was his top priority. He was kicked out and went home crying, leaving his friend Franco Milano who was selected by the club.

From that moment of disappointment, Jose Gimenez promised himself he would make it. Although he wasn’t sure if he wanted to be a great player. However, he was just convinced he was going to make it.

At this time, determination and patience became his watchwords. Jose was later accepted by Toledo Junior, a team from his neighbourhood of very humble people.

Gimenez settled quickly with Toledo Junior, seeing the whole of his youth career with the club before switching to Danubio FC, a club reputable for projecting young Uruguayan footballers to Europe.

Giménez in his high energies made his professional debut for the club that played in the Uruguayan Primera División.

As he continued to develop, Gimenez saw himself becoming the best among his peers. This feat brought in constant pressure to perform, which he was able to handle.

At the age of 17, Jose became reportedly monitored by a number of top European clubs among which was Atlético Madrid.

This most important day in his life finally came to pass. His dreams came true on the 25th of April 2013, the day a happy Jose Gimenez signed an agreement to join the Spanish side Atlético Madrid. 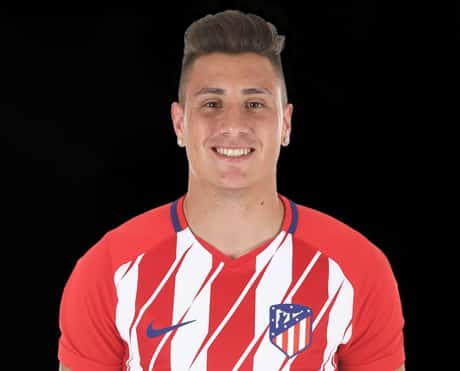 Jose Gimenez had to prepare until pre-season of the 2013-2014 season before making his first appearance with the Spanish club.

His major recognition came when he scored a superb header against the biggest rival, Real Madrid in Atlético’s 2–0 win via the Copa del Rey in January 2015.

It took no time before trophies medals started getting incorporated in Gimenez’s CV. As at the time of writing, the Uruguayan centre back has won the Spanish Supercup, Europa League and UEFA Supercup. 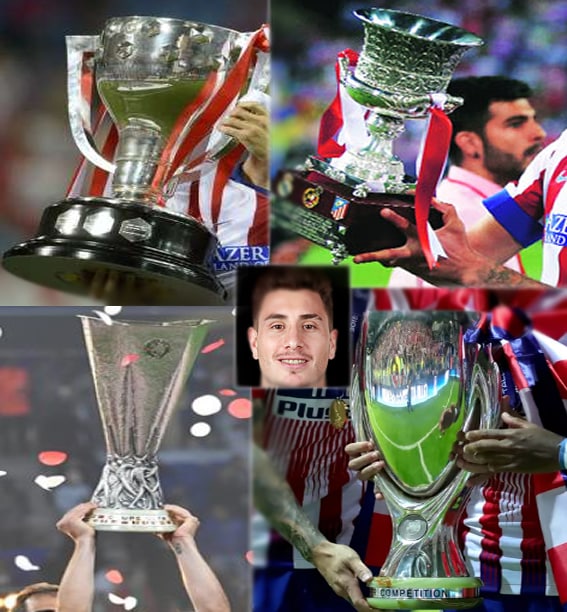 Indeed, the one-time rejected boy who later got the nickname “El Comandante” has now proven to the world that he is the next biggest promise of his Uruguayan defensive generation after Diego Godin.

As at the time of writing, Jose Gimenez has become the mortar to Diego Godin’s brick in Diego Simeone’s impregnable wall. The rest, as they say, is history.

Every successful man needs a woman. However, behind a successful footballer in Jose Gimenez, there exist a glamorous WAG in the gorgeous person of Regina Lafolla.

Both lovers met in 2012, a moment Regina saw her man on TV during the U-20 World Cup tournament. Upon meeting each other, both fell in love and began dating each other.

According to media reports, the couple is yet to be married. Together, they have two kids named Lautaro Bautista Gimenez Lafolla who was born in 2013 and another whose name is unknown as at the time of writing.

Did you know?… Regina Lafolla is someone who does not understand much about the game of football despite having her husband being a footballer.

However, like much other supportive soccer WAG, she likes to see her husband succeed.

Getting to know Jose Gimenez’s personal life would help you get a complete picture of him.

Starting off, he is someone who is not only eccentric and energetic but a deep thinker who can see things without prejudice, making him a problem solver. 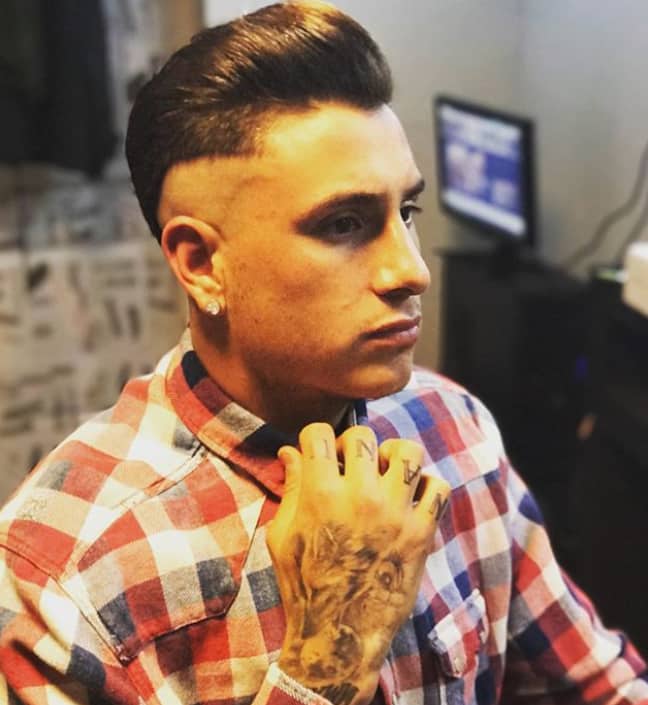 Jose Gimenez is someone who can easily adapt to the energy that surrounds him.

Did you know?… Sometimes, Jose gets this deep need to spend time alone and away from everything, in order to restore his strength. 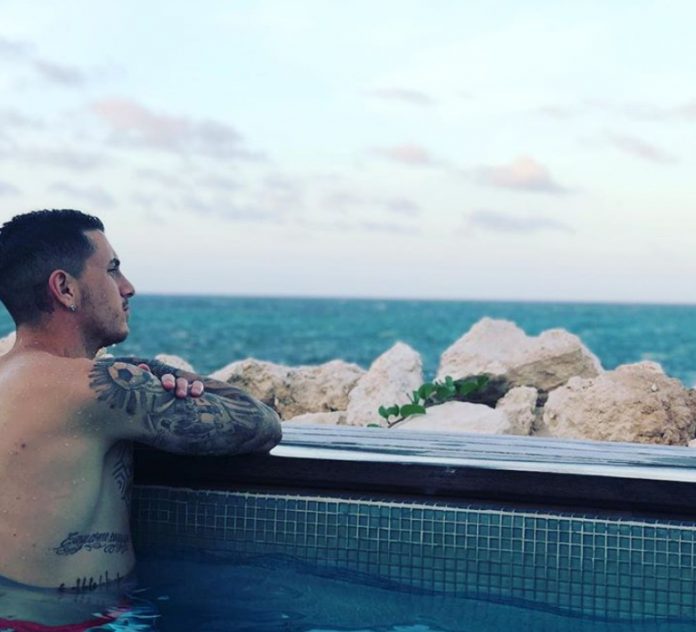 Also on his personal life, Jose Gimenez is a huge dog lover. There is indeed a saying that there is no loyalty left in the modern game.

This, however, doesn’t take into consideration the relationship that exists between Jose Gimenez and his dogs. 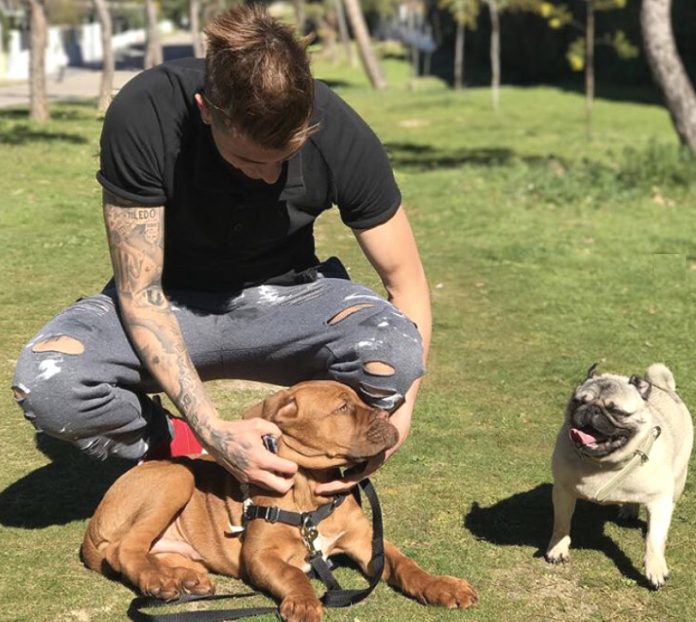 However, he has his family origin from Toledo, the famous small town with a population of about 4,400 inhabitants, according to the 2011 census.

Jose Gimenez’s dad is a man who sees himself as one someone who currently lives his dreams through supporting his son’s career. José Enrique Giménez is well known for wearing his son’s country and club colours.

Unlike her husband, Judith de Vargas has made a conscious choice not to seek public recognition. Just like her daughter-in-law, she knows not much about soccer.

Jose Gimenez didn’t grow up alone alongside his parents. According to our findings, he has some beautiful sisters whom he has probably gone to extensive lengths to shield them from the public eye.

Gimenez is a top-earning sportsman. As a result, it is expected that he should live the lavish lifestyle with no other person, but the love of his life, Regina Lafolla. 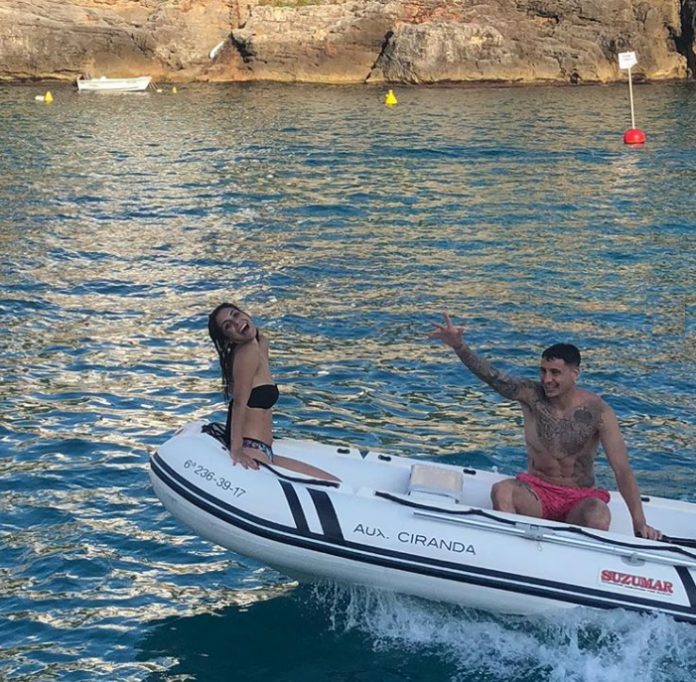 1. Once had a Difficult Time Living in Madrid:

Living in Madrid was tough for Jose Gimenez since he was still young at the time.

Food was a complicated issue for him and he could only resort to speaking with his mum through Skype. However, those moments have passed as Jose now knows how to cook. 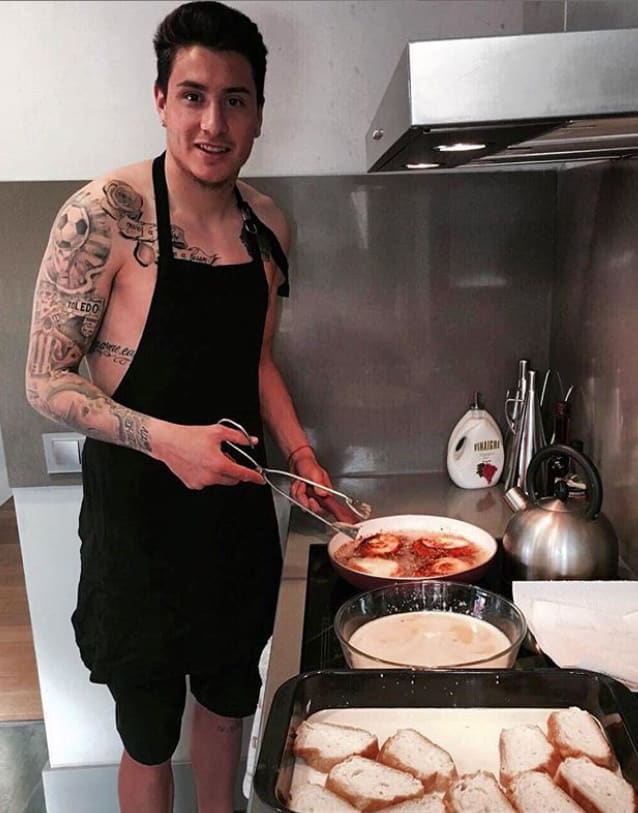 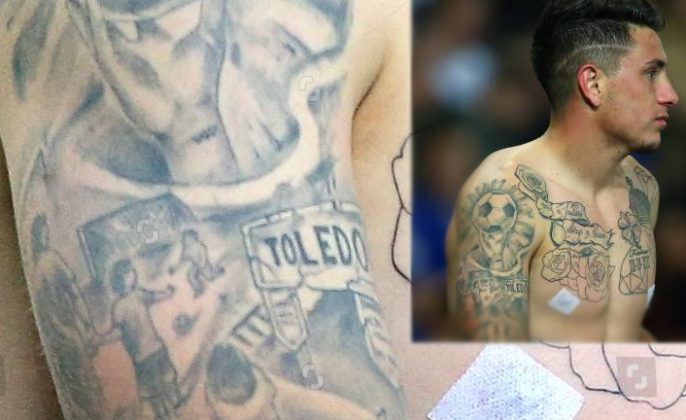 As observed below, Giménez is, without a doubt, a lover of tattoos. The meaning of his tattoo is centred around his origin and childhood days. Also on his arm is the date of his national debut.

Having Godin and Cebolla Rodriguez made everything easier for Jose Gimenez since staying in Europe. Together, both countrymen helped him in providing advice on how he is to handle his life off the pitch.

However, Cebolla was much closer. Both he and Jose shared rooms during his time at Athletico Madrid and playing with the Uruguay national team.

FACT CHECK: Thanks for reading our Jose Gimenez Childhood Story plus Untold Biography Facts. At LifeBogger, we strive for accuracy and fairness.