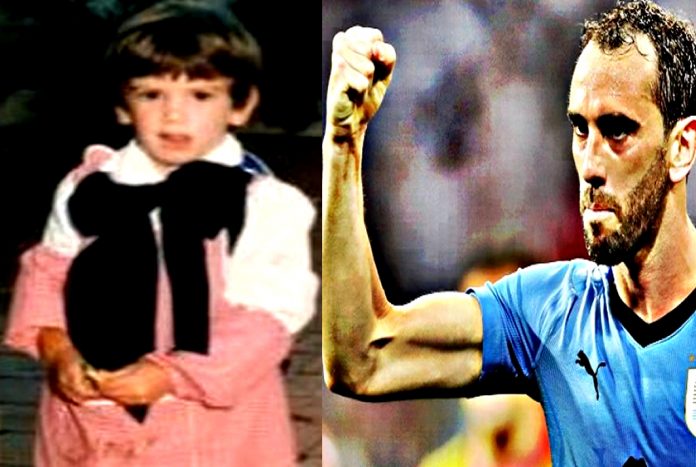 LifeBogger presents the Full Story of a Football Genius best known as “Capitan“.

Our Diego Godin Childhood Story Plus Untold Biography Facts brings you a complete account of notable events from his childhood.

Yes, everyone knows of his excellent defensive skills – which look very similar to Leonardo Bonucci and Giorgio Chiellini.

However, only a few football fans have read a detailed version of Diego Godin’s Biography, which is quite interesting. Now without further ado, let’s Begin.

For Biography starters, Diego Roberto Godin Leal was born on the 16th of February, 1986, in Rosario, Uruguay. He was born to his mother, Iris Lial, and to his father, Julio Godin.

Growing up in Rosario in Uruguay, young Godin, at the early age of four years, defiled death when he accidentally fell into a stream.

The incident, which marks one of Godin’s many battles for survival, occurred when his family went hunting in the forests of Rosario.

As the family prepared to roast the birds they had hunted, Godin and his sister, Lucia, went for a walk. And in the process, they came across a stream (adjacent to a cliff) that had fish swimming on the surface.

The young boy’s hunting instincts kicked in as he crouched on a rock to catch one of the fishes. In a matter of seconds, he found himself neck-deep in the stream and was being swept away by a strong current.

Lucia ran to inform their parents, who, without hesitation, dashed to the stream in time to see Godin taking the last lap of a miraculous swim to safety. 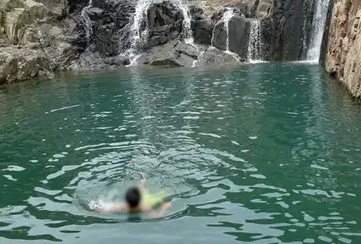 “It was a miracle, i had no swimming experience at the age of four coupled with fact that i was wearing boots and winter clothings. However, flapping my arms in a way i cant remember saved my life”

The near-death incident would later become one of the few occasions on which Godin rebelled against circumstances that sought to pull him down.

After the incident, he became actively involved in athletics, including football, basketball and the once-life-threatening swimming.

It wasn’t long before Godin decided to major in football, a decision he made when he was aged 15 and forever lives to cherish treading that path at the crossroads of prospects;

“Though it was hard to choose a sport i would major in, i went for grass and now have everything to be grateful for making the choice”

Unlike most football Geniuses who get enrolled at youth clubs before the age of 10, young Godin, at the age of 15, began his quest for professionalism at Defensor Sporting, a club which relieved him of his services on the grounds that he was not good enough. 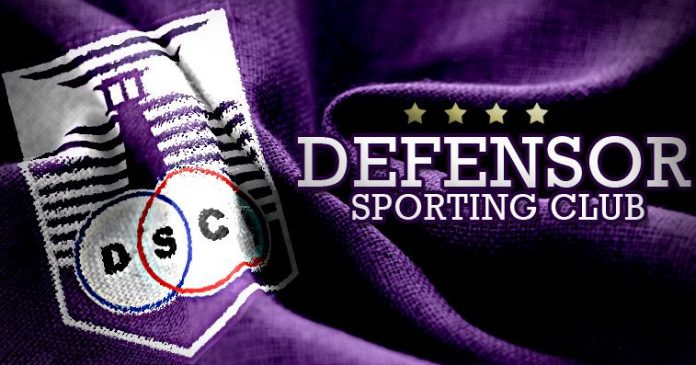 The development left Godin dejected and made him contemplate giving up his quest of playing professional football as he had made a lot of sacrifices some of which include leaving his home city of Rosario to the Uruguayan capital city of Montevideo and giving up other sports just to play for Defensor Sporting.

The survival warrior was not one to give up easily. After taking a short break, he gave football another shot by seeking enrollment at Club Atletico Cerro, which offered him a trial opportunity.

Godin exhibited his best during the tryout and caught the attention of the youth director, William Lemus, who gave Godin his first contract.

Godin started out as a forward in Atletico Cerro. He enjoyed playing in that position before he was made to function as a midfielder and, finally as a defender.

Although Godin never fancied the new role, he adapted to it and established himself as one of the club’s best defenders before his transfer to Club Nacional de Football.

Godin’s big break came in 2007 when he captured the interest of the Spanish club, Villarreal, after spending a season at Club Nacional.

It was at Villarreal that Godin made a name for himself by forging a formidable defensive rock with Gonzalo Rodriguez at the heart of Villarreal’s defence. 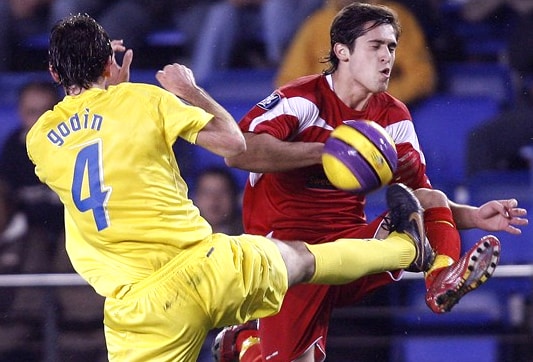 His top form secured him a move to Atletico Madrid, where he made his debut in a UEFA Super Cup match against Inter Milan and became one of the Club’s top player.

His presence at Atletico Madrid saw the team win two Europa League Trophies, one La Liga trophy and Two Champions League Finals, where they lost both to city rival Real Madrid. The rest, as they say, is history. 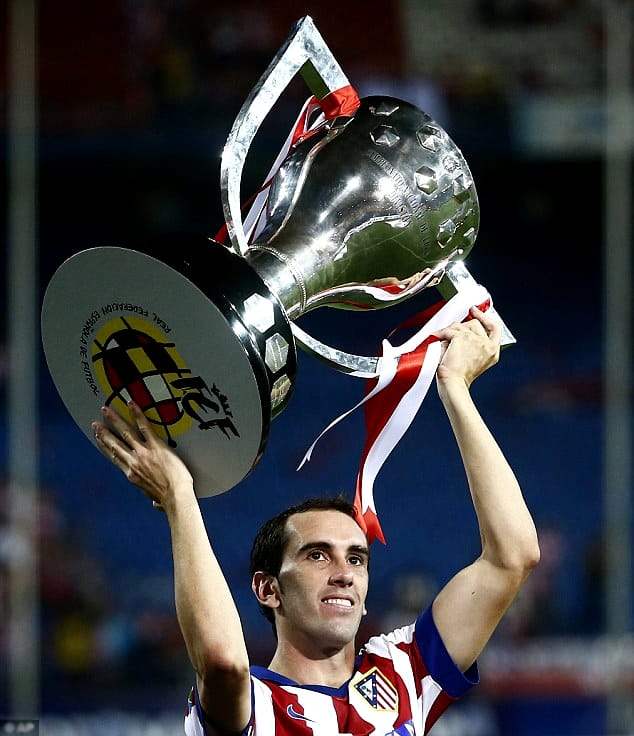 Behind every successful footballer, there is indeed a glamorous wag. Diego Godin has been in a relationship with his girlfriend, Sofia Herrera, for about four years since the time of writing.

The duo met during a football match between Barcelona and Atletico Madrid when Sofia was trying to get a ticket for the match, and their relationship has blossomed ever since.

Sofia Herrera is a graduate of Scuola Italiana di Montevideo. She is also the daughter of former football star Jose Herrera, who played for Penarol in Uruguay. The couple just got engaged recently, and fans can’t wait to hear wedding bells ring for the duo.

Diego Godin grew up building the personality of a fighter and survivor. Knowing the world to be a harsh place, he developed his survival skills on the principles of uprightness and always standing up for himself. A personality that has taken him far in his career. 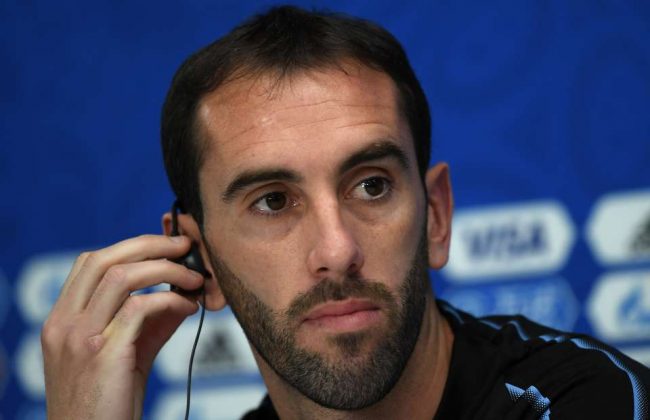 Godin is humble, but most importantly, he is a team player.

One important detail that should not be ignored about Diego Godin is that he is a godfather, and when we say godfather, we mean he is the godfather to Antoine Griezmann’s daughter, Mia. (pictured below with her dad). No wonder the defender once remarked;

“I always try and give a good example to children who follow me”. 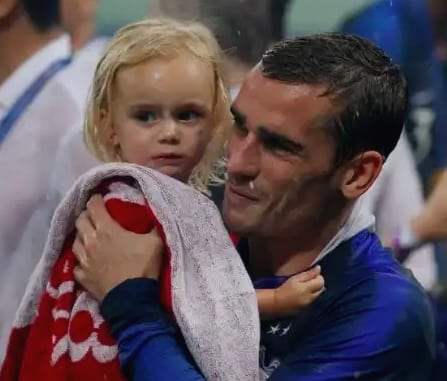 This is another incident that was less life-threatening. But left Diego Godin with scars for life. It was the loss of several teeth. Which happened during Athletico Madrid’s clash with Valencia in February 2018.

The incident occurred while Godin was engaged in a brutal aerial challenge with the opposition goalkeeper Neto.

Following the incident, Godin was Substituted while his club released a statement moments later noting that the defender would have to undergo reconstructive surgery. The statement read;

“Diego Godin suffered an injury to his face during the match against Valencia. Our defender has suffered a dentoalveolar fracture to three of his maxilla [located in the upper jaw]. He will undergo maxillofacial surgery in the coming days.”

If boasting is anything to come by for Godin it would major on the fact that he clinched
‘captainship’ during his third season at the Uruguayan club Atletico Cerro at the young age of 19.

Subsequently, Diego Godin was transferred to the Primera Division Powerhouse Club Nacional de Football. This was where he was made the captain of the team on his arrival in the year 2006.

In addition, he has made a number of appearances for Atletico Madrid wearing a captain’s hand band. 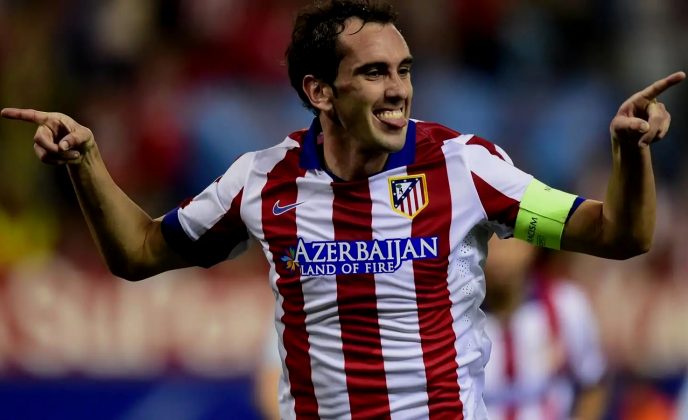 His captainship goes beyond club endeavours as a former captain of Uruguayan National team Diego Lugano, on retiring from international football, handed over his captain band to Diego Godin to lead the team in defence of its Copa America Title. 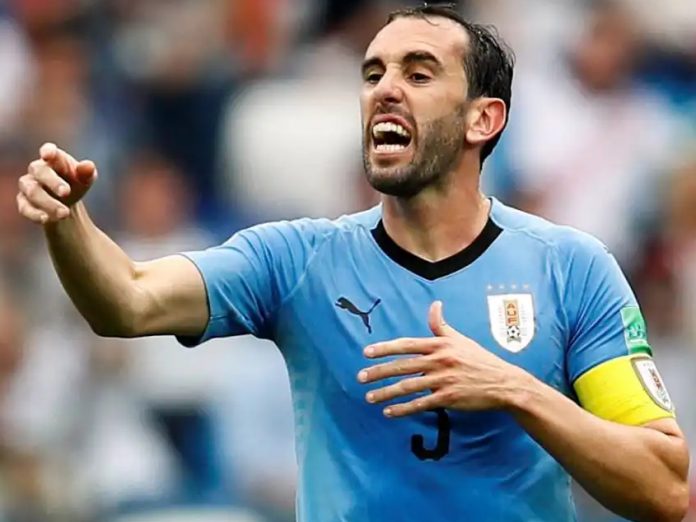 Diego Godin is a fit player. Though not one with the heavy muscular build up and Macho stance, Godin tries his best to keep a simple fit life. His exercise exempts weightlifting but includes cardiorespiratory exercises like sprinting. 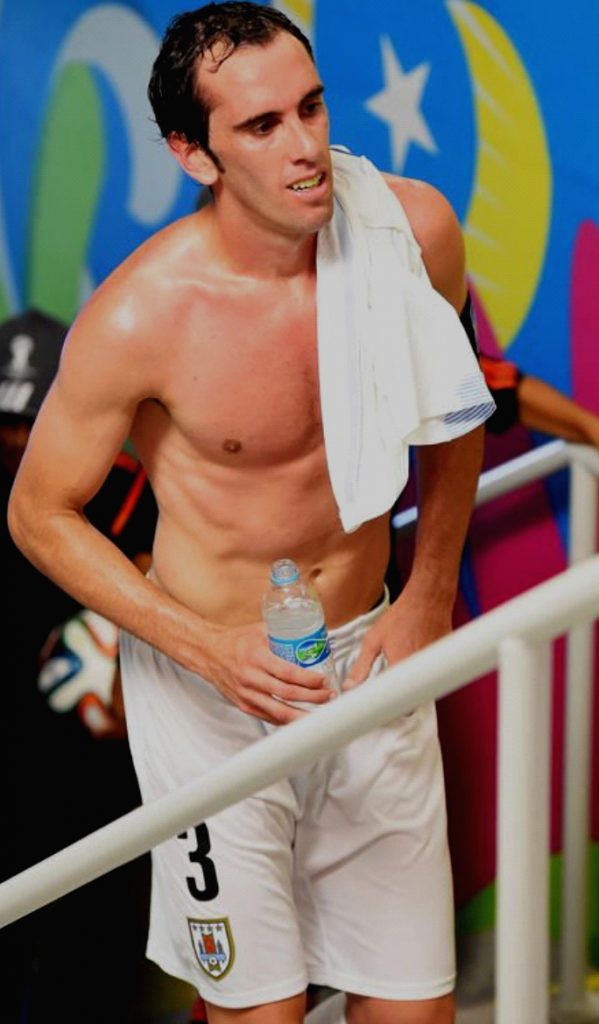 He also engages in sand dunes training and endurance jogging, which accounts for his stamina on the field of play.

The Baller’s achievements are numerous on the pitch. However, he has some notable ones off the pitch. Being an astute defender, it is expected that he would be a great match for promoting brands and companies.

There are two major endorsement deals clinched by Diego Godin, That are worthy of mention. They are those with the Tech-brand, Apple and sportswear producers, Puma.

At LifeBogger, we strive for accuracy and fairness in our quest to deliver Uruguayan Soccer Stories. The Life History of Darwin Nunez and Federico Valverde will interest you. If you see something that doesn’t look right in this article, please place your comment or contact us!