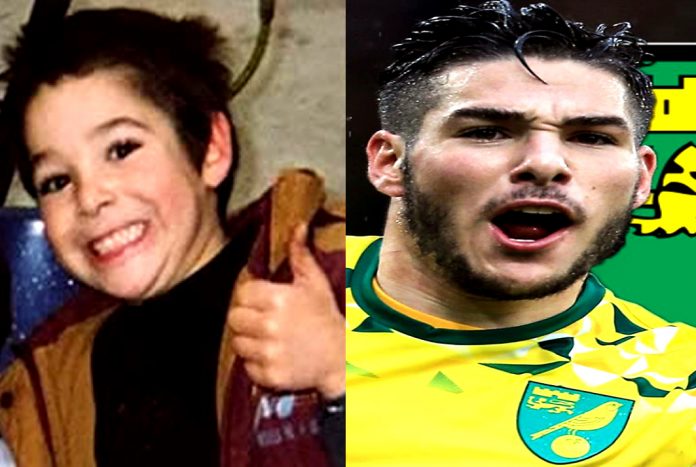 LifeBogger presents the Full Story of a Football Genius, who is best known as “Buendia”.

Our Emi Buendia Childhood Story plus Untold Biography Facts bring to you a full account of notable events from his childhood time to date.

Yes, everyone knows of his ability to create chances or make more final-third passes. However, only a few consider Emi Buendia’s Biography, which is quite interesting. Now, without further ado, let’s begin.

For Biography starters, Emiliano Buendía Stati was born on the 25th day of December 1996 at the city of Mar del Plata in the southeast part of Buenos Aires, Argentina. He was born to his mother, Karina and to his father, Eduardo.

Thanks to being born in Argentina – a country famous for producing quality footballers like Maradona and Messi – Buendía identifies as an Argentine of white ethnicity with South American roots.

He was raised in his home city – Mar del Plata, where he grew up alongside two younger brothers – Augustin and Joaquin.

Growing up in Mar del Plata, Buendia was a very small boy who was arguably bigger than no other kids but his brothers.

Notwithstanding, he thought more about football than anything else and possessed features like speed and stamina, which spoke well of his future in the sport.

By the time Buendía was aged 5, he began playing football for local club Cadetes de San Martín, an activity he blended with studying at the Peralta Ramos Institute in his home city Mar del Plata.

The football prodigy’s ability to display technical skills and tactical intelligence beyond his age and diminutive size endeared him to ex-Argentina international – Juan Esnáider who recommended that he continue building a career in the sport at Real Madrid Academy.

Though Buendia was 11 years of age when he arrived in Real Madrid, he was still a few inches close to the grasses of the artificial turf pitch upon which he persistently struggled to prove his worth.

Buendia’s late physical development coupled with his inability to keep up with an alien-like speed of game eventually made him leave the club two years later.

Fortunately, he was approached by Getafe, which signed him days after he left Real Madrid.

The youngster didn’t waste time to get settled at Getafe where he rose through the ranks in height and skill before securing a spot in the club’s reserve team at the age of 17.

His career appeared to maintain a steady upward trajectory until the 2015/16 season saw Getafe suffer relegation from LaLiga.

It wasn’t long before Getafe’s relegation conspired with an injury that left Buendia partially grounded.

By the time Getafe eventually made it out of relegation, Buendia could be easily spotted building a career on benches due to an ankle injury.

A fully recovered Buendia was eventually loaned to the second-tier club, Cultural Leonesa, in July 2017 to redeem himself.

The move took an unforeseen twist to become a catalyst for Buendia’s success, as he fared exceptionally well in attacking midfield.

By the end of the season, Buendia had reasons to smile again as he clinched Leonesa’s player of the season award!

Norwich soon came calling for Buendia, who looked fit for their plans of getting back into the premier league.

Upon signing a four-year deal with the then relegated side, Buendia played up to expectations as he scored a total of 8 goals in the English Football League (EFL) to help Norwich get promoted to the Premier League.

Fast forward to date Buendia has established himself as a premier league midfielder at Norwich where he is expected to continue playing top-flight football until 2024.

It is fairly difficult to establish a specific status for Buendia’s relationship life at the time of writing.

Nonetheless, he is somewhere between dating and getting married. The woman in the picture of Buendia’s love life identifies with the name Claudia.

Although it is not certain whether Buendia had a romantic history with other women before meeting Claudia, we sure know that the lovebirds have been together before 2018 and have a son together called Thiago.

Emi Buendia is from a happy and middle-class family background. Behold details about his family life.

Eduardo is Buendia’s dad. Like all supporting football parents, he saw to Buendía welfare during his career build-up at Madrid and the youth systems of Getafe by making constant visits to the football genius, even when stats spoke against the aspiring footballer’s favour.

The bond between the father of three and Buendia continues to wax stronger as the attacking midfielder never relents on making his family proud, whether on or off the field of play.

Carina Is Buendia’s mom and arguably the woman after Buendía’s heart.

Above all, she is the custodian of stories regarding the family’s sacrifice to ensure that Buendia’s dreams of playing top-flight football became a success.

She shares in the family new fame by appearing in photos which captures Buendia spending quality time with family as well as taking selfies with him when they go outing. 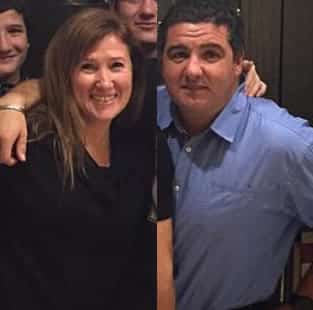 Buendia has two siblings identified as Augustin and Joaquin. The duo are not living under Buendia’s shadows but faring well in their own career paths and interests.

They hang out with Buendia whenever he is on vacation and help him evoke memories of the good old days’ experiences they had as kids.

Regarding Buendia’s larger family tree, his paternal and maternal grandparents are one of football’s unravelled mysteries, while there are no available records of his uncles, aunts, nieces and nephews.

Similarly, Buendía’s cousins are yet to be identified in notable events of his life and rise to date.

Buendía has an extraordinary go-with-the-flow personality, which ultimately makes him possess a unique persona. In addition, he exhibits Aquarius zodiac traits of being Analytical and action-focused.

Away from playing competitive games and attending training, Buendía has a few interests and hobbies that include watching movies, listening to music, swimming and playing tennis.

Let’s speak of how Buendia makes and spends his money. The aggregate sum of his net worth takes its origin from the salary. Which he receives for playing top-flight football.

While other constituents of his wealth are monetary proceeds. Acquired from endorsing brands like Nike.

Through analysis of Buendia’s spending patterns on acquiring assets like cars and houses are still under review, he strikes fans as one who lives a luxurious lifestyle by spending quality time at beautiful vacation sites around the world.

Before we call it a wrap on Emi Buendía’s Biography, please find below some facts. Truths that may help you know him better.

The footballer has not been quoted making statements that could pass for an article of faith. Neither has he been spotted giving thanks to a higher being while playing football. However, the odds are in favour of him being Christian.

Buendia started his international football career by representing Spain as a youth. Before he switched allegiance to play for Argentina’s national side.

He has not a single tattoo on his body. Also, he strikes many as one who might keep a spotless skin for the better part of his career.

He is a great person from a humble, loving family. He was a great rugby player. all his family is from rugby background.